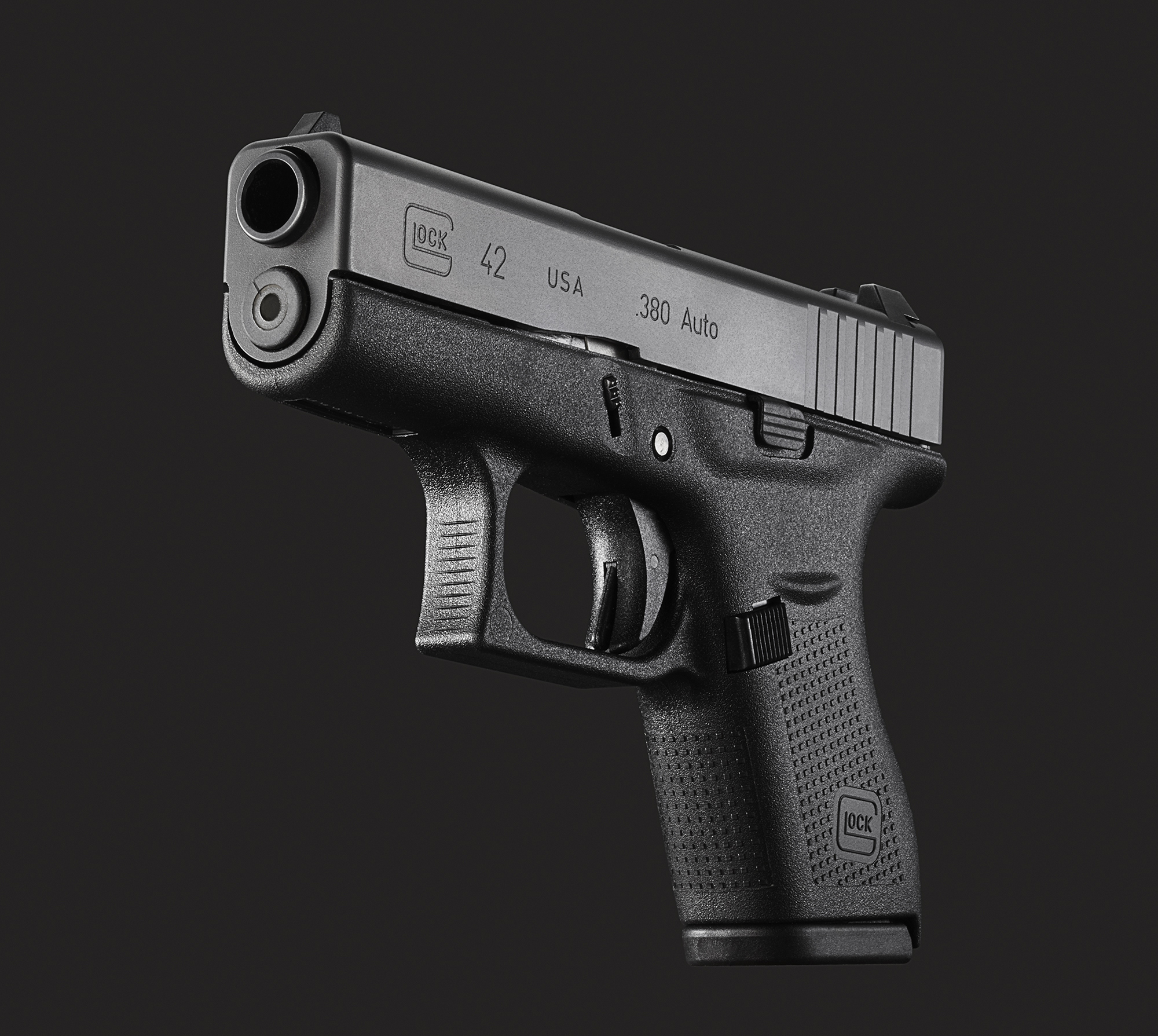 Haters, Haters, Come Out to Play!  Glock has drawn much ire from firearms fans, pundits, and trolls over the company’s decision to manufacture a single stack .380 ACP pistol (9 x 17mm), instead of one chambered for the more powerful 9 x 19mm Parabellum.  That lousy little 2mm of case length, it seems, has raised a hue and cry.

The Glock pistol platform is accepted by many as a reliable and durable firearm.  Simple in its lack of external controls, it has developed strong followings in the civilian, Military, and law enforcement markets.  Ah, but the Teutonic stubborness of this Austrian company.

For many years, Glockophiles have clamored for everything from a single stack sub-compact pistol (exclude the chunky G36 here), to a submachine gun built on their Safe Action system, to, yeah, even a revolver.  Nein, the polymer design stayed within its original confines.

The Glock 25 and smaller G28, both in .380, are only available in the U.S.A. to law enforcement buyers, but exactly who would they be?  The compact G25 was introduced in 1995 for South American and European customers who could not carry “military” caliber handguns; niches far from us.  I cannot imagine any U.S. peace officer would want either of these weapons, then or now.

Consider that the .380 Glocks came along after the tragic 1986 FBI Miami shootout, when American law enforcement began moving up in caliber from their .38 S&W Specials to heavier hitters like the 9 X 19mm, 10mm Auto, .40 S&W, and .45 ACP.

Internet forums’ outrage has poured forth that the new Glock 42 is the party guest no one remembers inviting.  “Where, oh, where, is the Nine?!” has been shouted skyward by gun writers.  Glock’s corporate sanity has been put into question by consumers.  Many synapses have fired over the subject.

Now for the cool down.  Pinch yourself.  It is happening.  Glock will sell Glock 42’s.  Lots of ’em.  The Glock 42 is a different animal than the G28.  Okay, so they didn’t come out with the 9mm first, then introduce a .380 in the same frame with the rationale that it was for recoil sensitive shooters…hello, Ruger.

I am personally not angsting about Glock’s direction.  They have shown that they will do things the way they want, when they want.  If a 9mm single stack sub-compact is in the pipeline, then we will just have to wait to see if it shoots the curl.  Gaston Glock made a few billion dollars doing things his way.  Don’t expect that to change.

Click here to see video of us shooting the New Glock 42 at Media Day at the Range 2014!