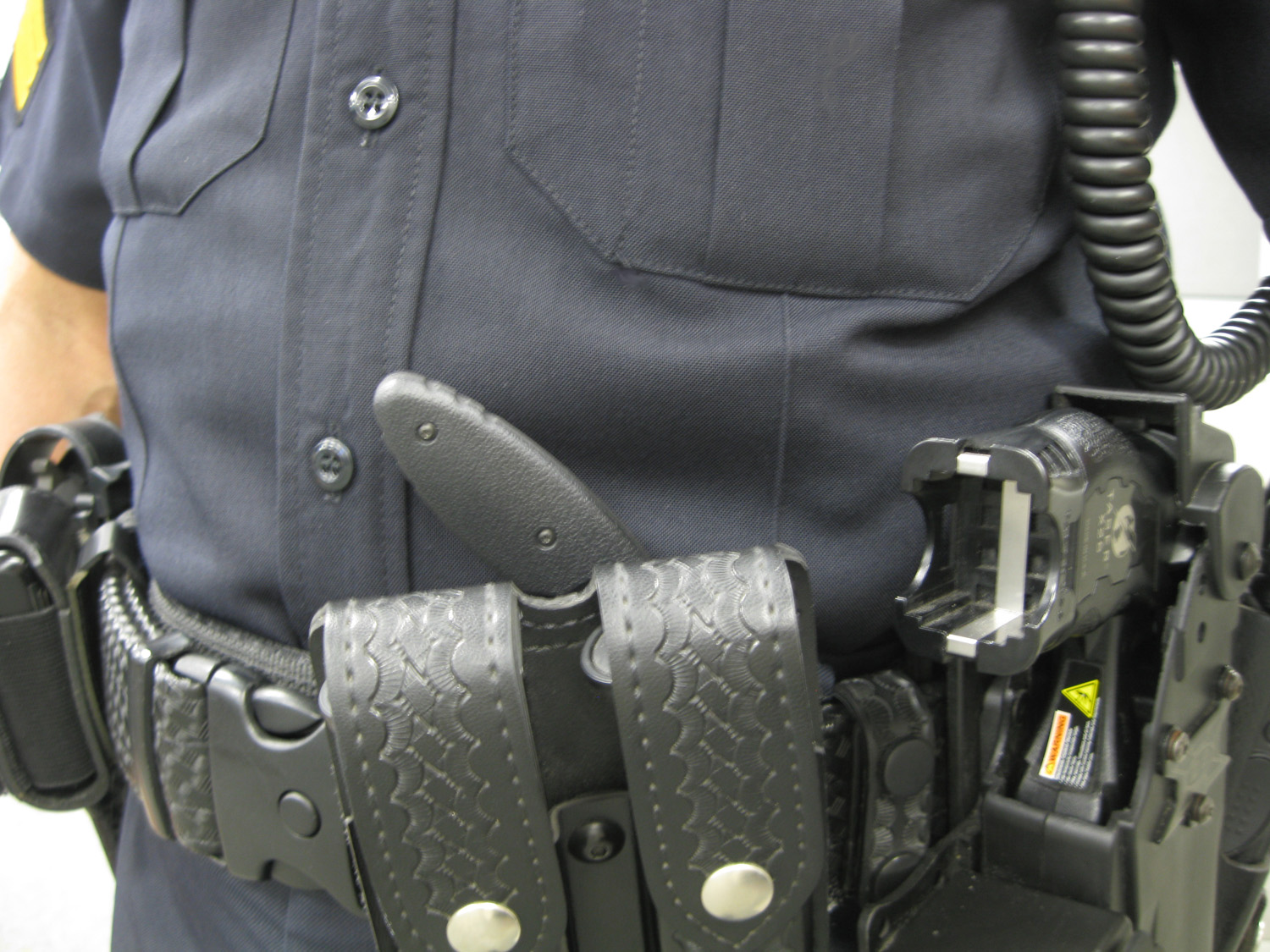 When I arrived at work yesterday, there was some buzz about a training incident between an FTO and a recruit that had occurred earlier in the day.  It seems that it was our new recruits’ first day in the blue uniform.  Some of them were assigned to Daywatch.  After roll call, they were examined by their training officers.

One of the FTO’s noticed a strange handle sticking out of the front of the recruit’s gun belt.  Yes, it was a KA-BAR TDI knife, ostensibly designed for an officer’s last ditch self defense.

The FTO had never actually handled a TDI, but he had heard of them.  To demonstrate the vulnerability of the knife, the FTO reached out just to tug on the handle of the TDI.  To his surprise, the blade came right out!  The recruit instinctively went to grab his knife and bang!  He got cut.  Oh, dear.

I purchased a KA-BAR TDI two years ago.  I threaded it into my underbelt and situated it in the recommended location, behind my gun belt’s double magazine pouch on my support side front.  Tactical Defense Institute said the knife could be mounted in either a forward or reverse grip for the support hand.  I have trained in a reverse grip.  In either position, I was immediately concerned with its lack of security.  It did not stay there the whole shift.  A fellow sergeant also had the same experience.

The problem is not with the knife itself.  The TDI positions the blade aggressively in the hand for cutting and punching with a straight wrist.  Its handle is relieved to lock the index finger and prevent one’s digits from sliding on to the blade.  With training, the TDI can be wielded with great martial lethality. 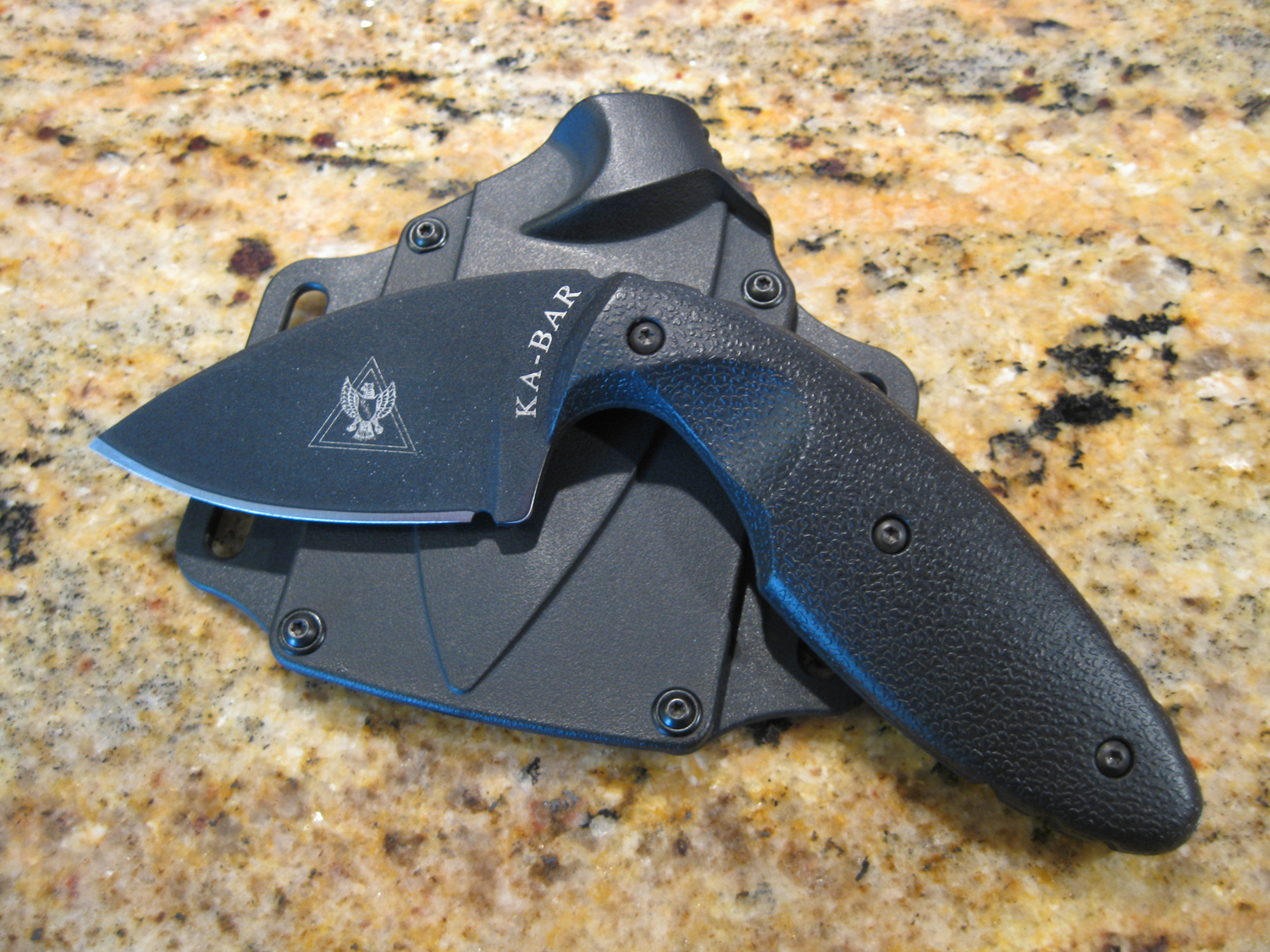 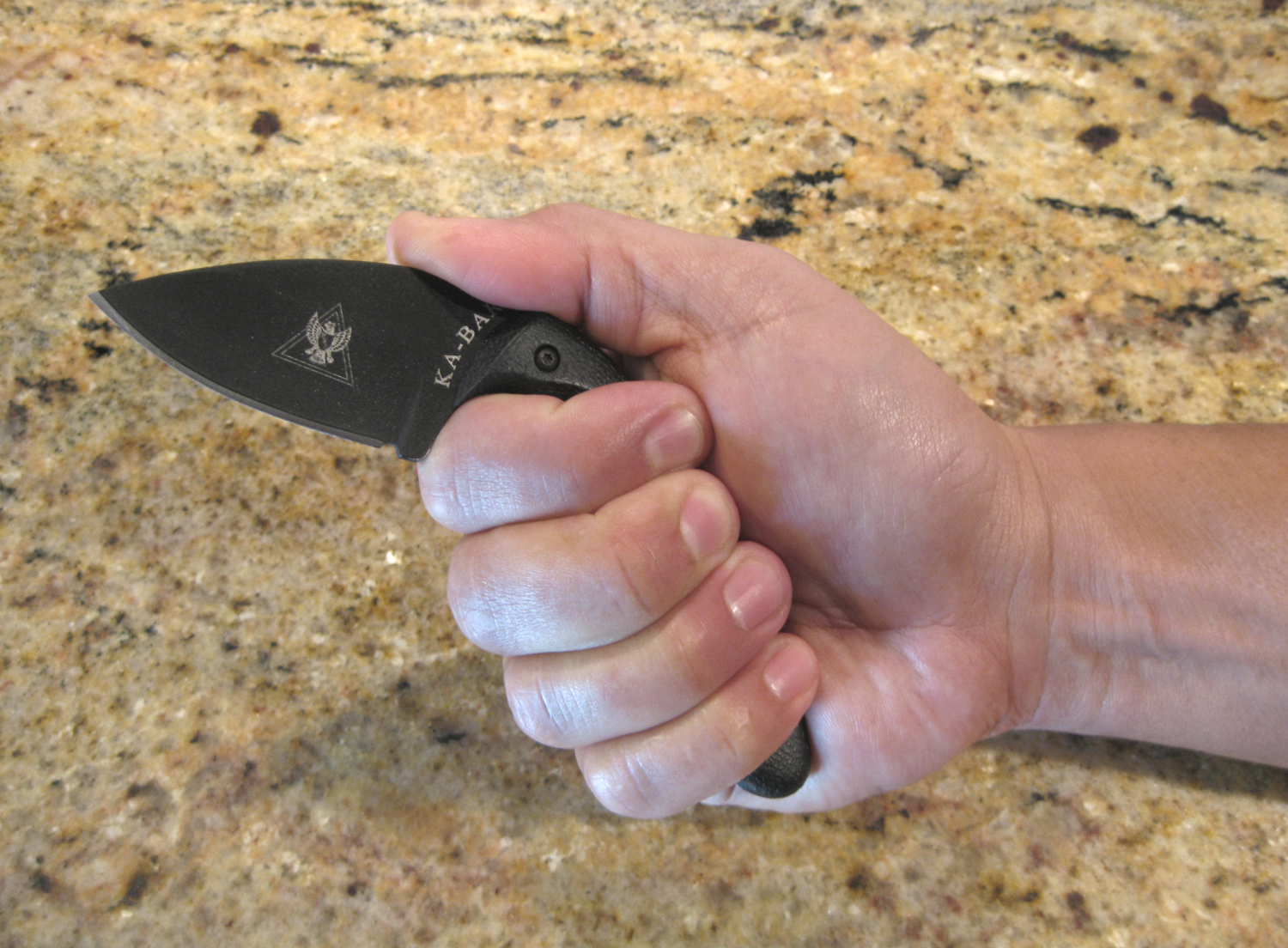 Ultimately, I find the sheath of this knife to be its Achilles’ heel.  The molded polymer sheath has no retention, save a friction fit.  For a knife that is going to be carried out in the open, it should have a locking device similar to a Level II retention gun holster. 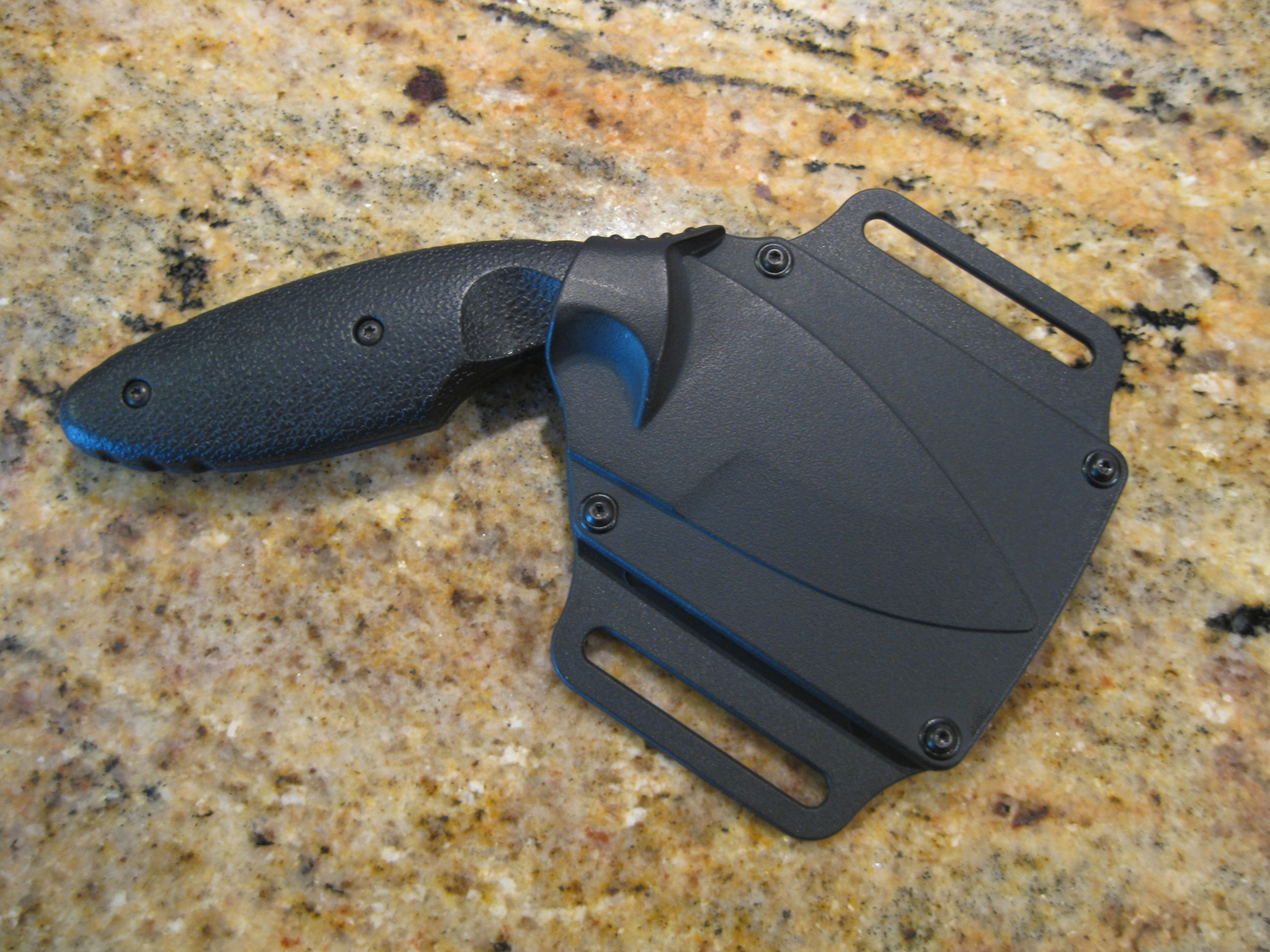 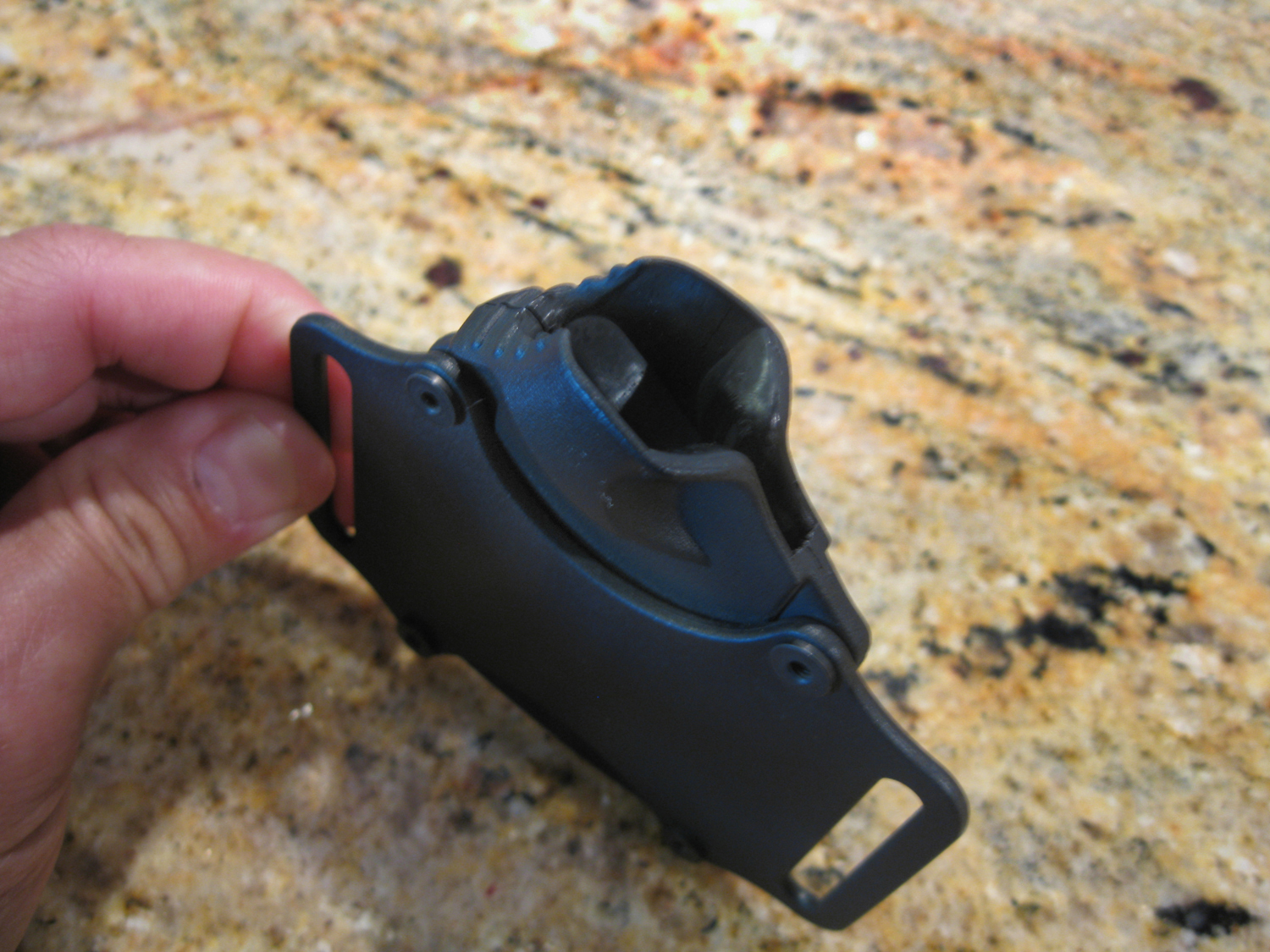 On 12/24/2010, Austin, TX Police Ofc. Frank Wilson found out the shortcomings of a KA-BAR TDI, firsthand.  During a physical struggle, suspect Maurice Pierce was able to pull Ofc. Wilson’s TDI from its sheath and slash Wilson across the neck.  Seriously injured, Wilson transitioned to his firearm and shot Pierce, who was killed.  Ofc. Wilson recovered from his wounds.  Austin PD banned any knife not carried in an enclosed case or secreted on the officer’s person.

The KA-BAR TDI was designed by Tactical Defense Institute (TDI) President and Chief Instructor John Benner.  Benner is an Army veteran and a police officer with over thirty-seven years of service.  The intent of the TDI knife, as a back-up blade for law enforcement, is admirable.

As I said, I like the actual knife, but I strongly feel the sheath and its intended carry placement of the TDI are unsafe for duty.  It would increase the price of the TDI to re-engineer the sheath to give it a retention quality, but that would minimize the platform as a danger to the user.  If you have a co-worker carrying a TDI, please pass along this info.