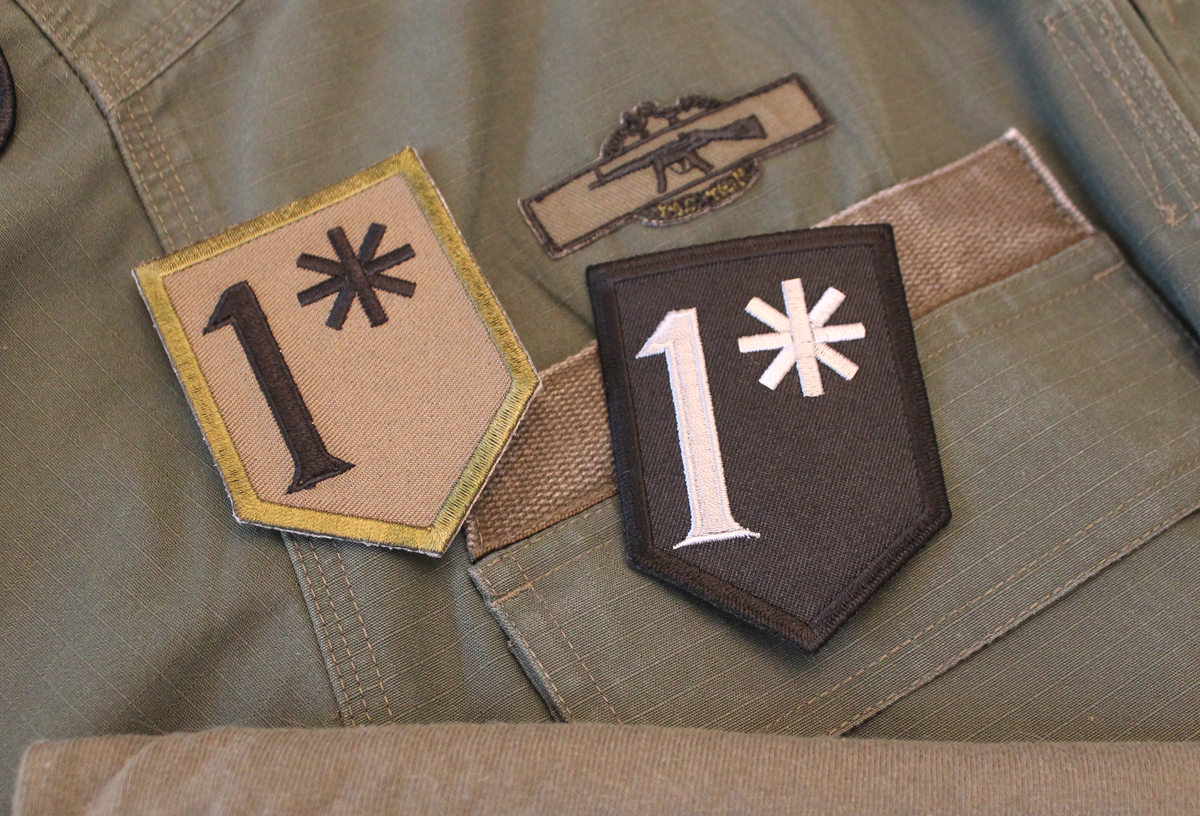 I see a lot of cars in the PD parking lot with a 1* shield logo sticker slapped on.  I have asked a few of the vehicle owners if they know what it means.  I usually get a vague response about a “police symbol” or some such generic exposition.

I bought a Columbia River Knife and Tool M16 SRT folder back in the early 2000’s.  Included in the knife’s box was a paragraph with a nice explanation about the 1* logo that was engraved on the blade:

Gary Paul Johnston knows what it’s like to put your life on the line daily. He did it as a commander with the Shaker Heights Police Department, and tells the story of the creation of his 1* logo this way: “Back in 1986, my SWAT unit was fortunate during actual raids, but we seemed to average at least one minor injury per practice session. Other teams had similar problems, especially during SWAT competitions, so I decided to create something to remind everyone to be more careful. The idea for the 1* logo came from a joke I heard as a kid.” That joke has many variations, but perhaps the oldest version tells of the teacher in a one room schoolhouse who first covered the American history lesson, and then went on to grammar and punctuation. She asked, “Can anyone here use the word ‘asterisk’ in a sentence.” A boy’s hand immediately shot up, and he blurted, “We just covered that in the history lesson. It was patriot Nathan Hale who said, ‘I regret that I have only one-ass-to-risk for my country.’” Gary went on to design the logo in a shield shape similar to the U.S. Army’s Big Red 1. It not only looks sharp and reminds one to be careful, but it provides the important stress relieving element of humor to police, fire, medical emergency and military teams who find themselves operating in a high risk environment and living on the edge. Gary has granted Columbia River Knife & Tool the exclusive right to use his “1*” logo on special models of its folding and fixed blade knives. He says, “Not one to allow my logo to be used on anything but the best, I chose CRKT because its knives are of the high quality to meet the most challenging situations. I know you will be as proud of your new CRKT knife as I am.” 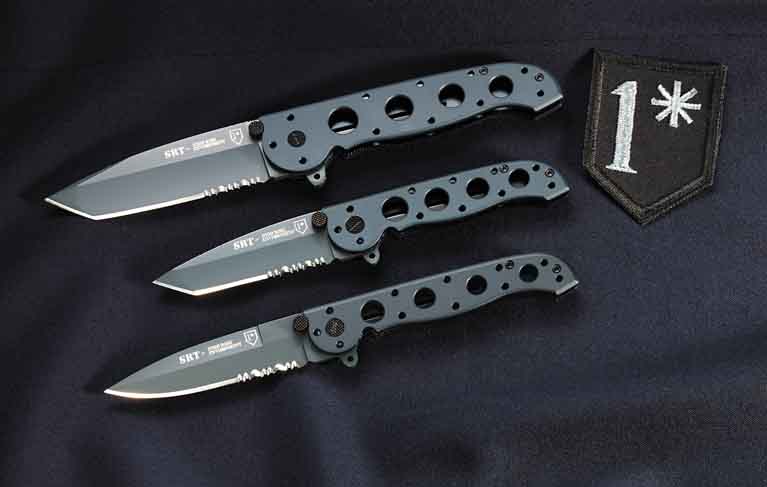 I have always associated the 1* logo with SWAT service, since I had first seen it emblazoned on SWAT vehicles and gear from a neighboring tactical team decades ago.  It is unfortunate that in 2008, the Shaker Heights SWAT Team was disbanded due to city budget constraints.  Shaker Heights PD officers joined a regional SWAT Team.

Gary Paul Johnston’s official 1* gear can be bought on Wayne Novak’s Novaksights.com store.  A slightly different version of the creation of the One-Ass-To-Risk logo by Mr. Johnston appears on that site.  Either explanation is interesting.

3 Responses to The One-Ass-To-Risk Story