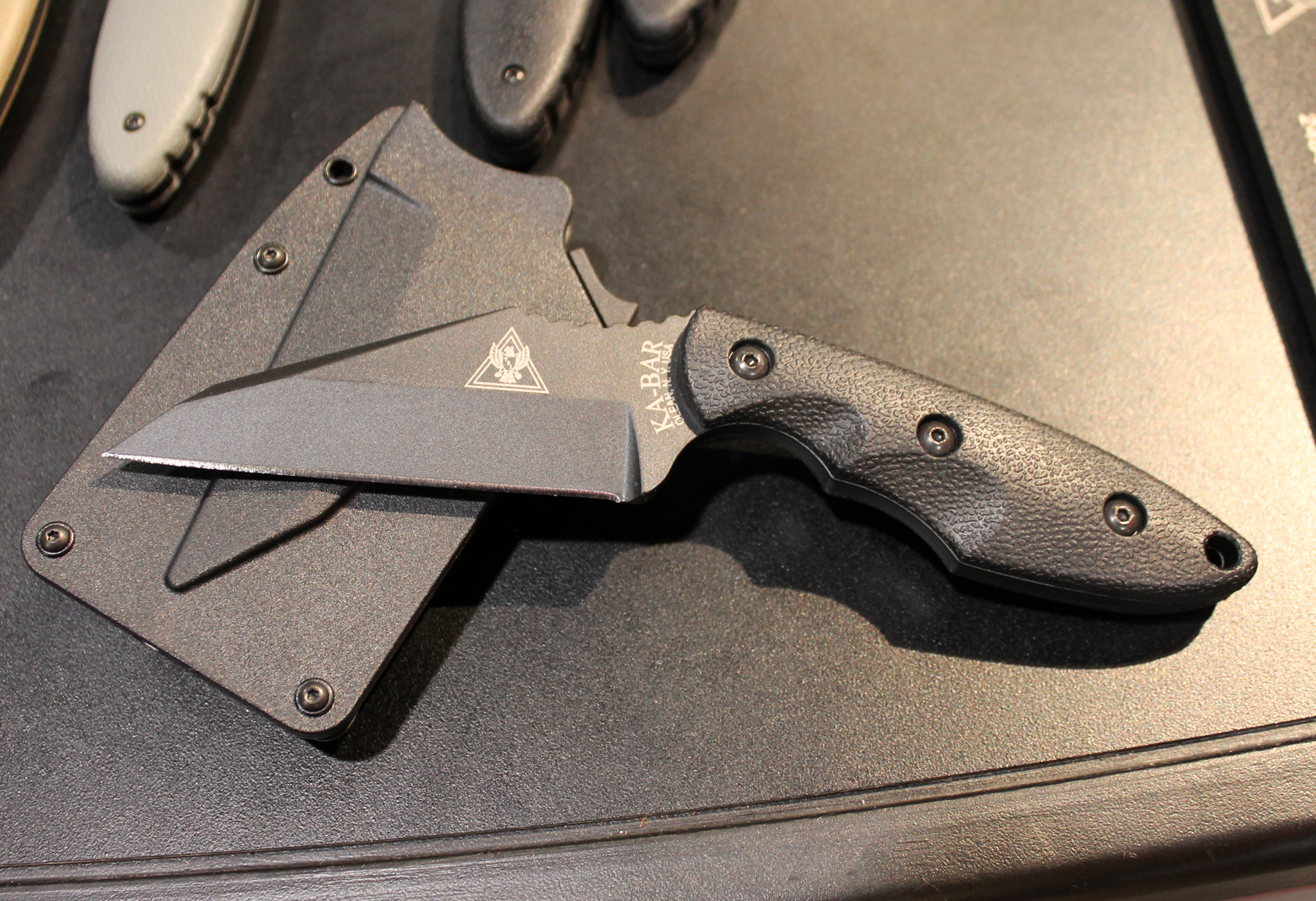 I dropped in on John Benner at KA-BAR’s booth at SHOT Show.  Mr. Benner is the founder of the Tactical Defense Institute.  He designed the TDI law enforcement knife that KA-BAR builds.  Benner has 37 years of service as both a soldier and a police officer.  We had a great talk.

You may remember that I wrote an article about the original TDI knife in 2012 in which I was not pleased with its sheath from a law enforcement perspective.  In March of 2014, KA-BAR introduced two new TDI knives, the Hellfire and Hinderance, which had locking sheaths.  I pronounced, “Problem solved!”  But with the reservation:  I wanted to know if the sheath and lock combination was strong enough to retain the knife in a grab. 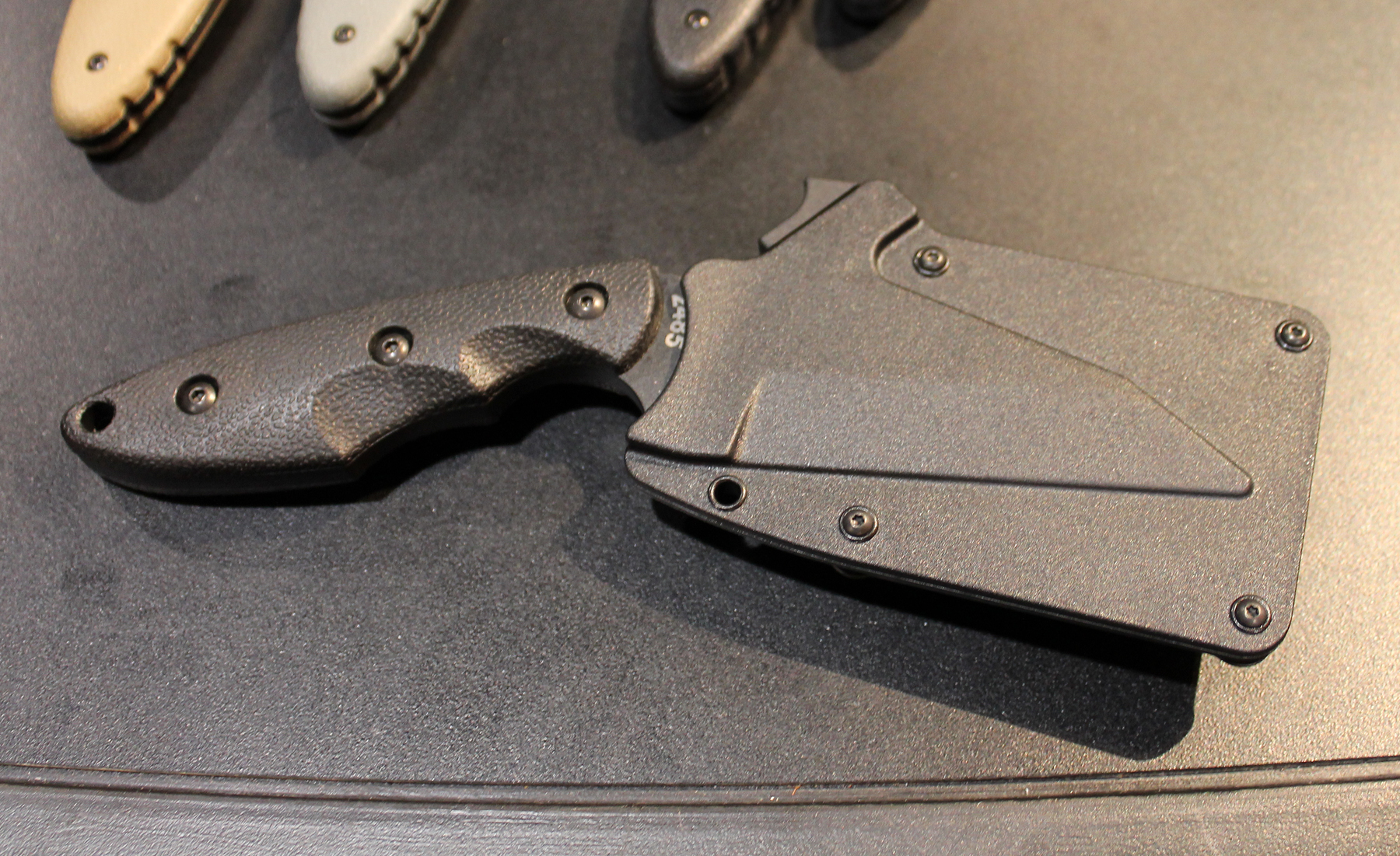 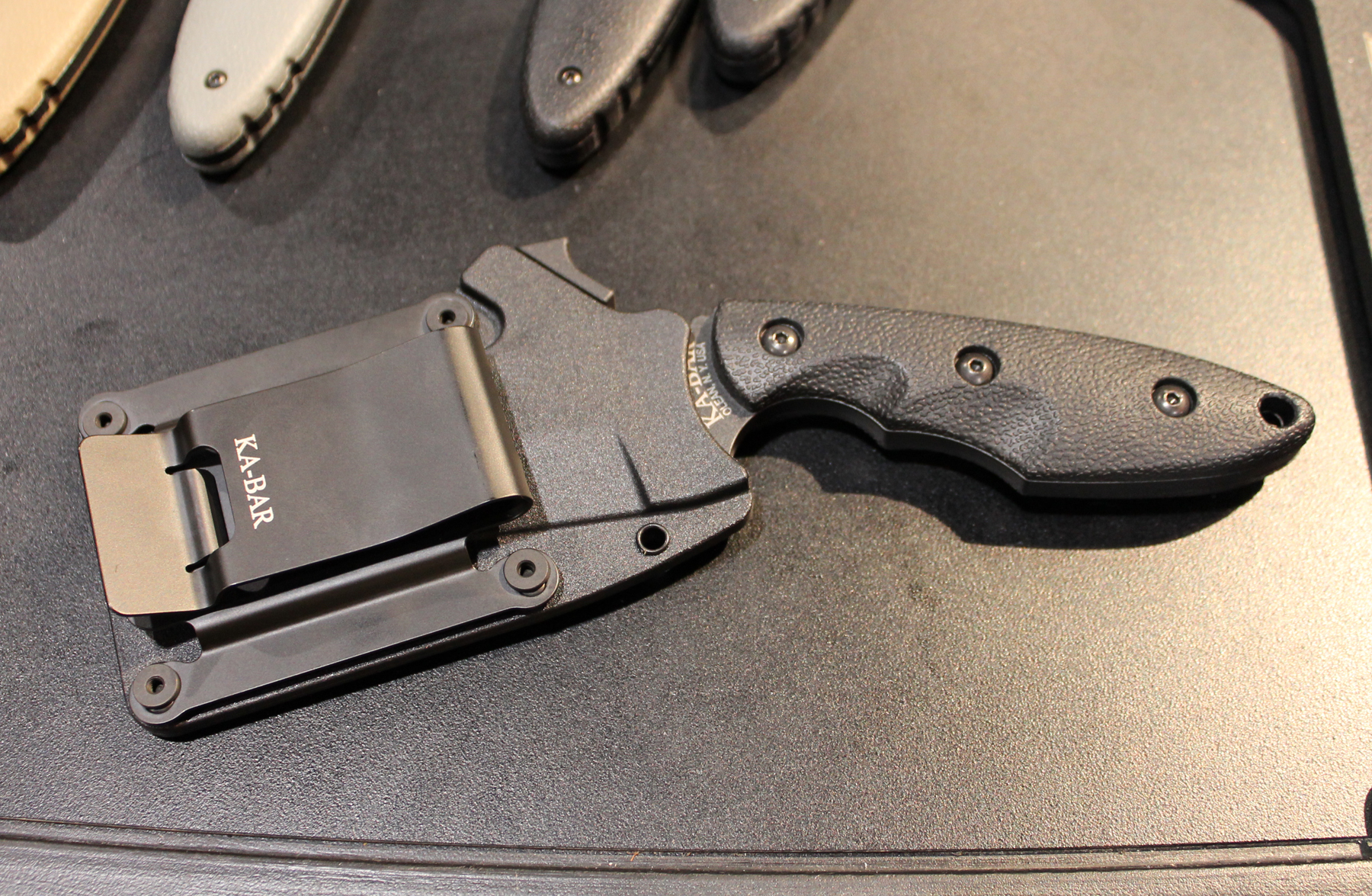 The new polymer TDI sheath secures the knife with a sliding lock that requires it to be pushed before the knife can be removed.  The slider clicks when inserting the TDI so you know it is engaged.  Well, how did it do? 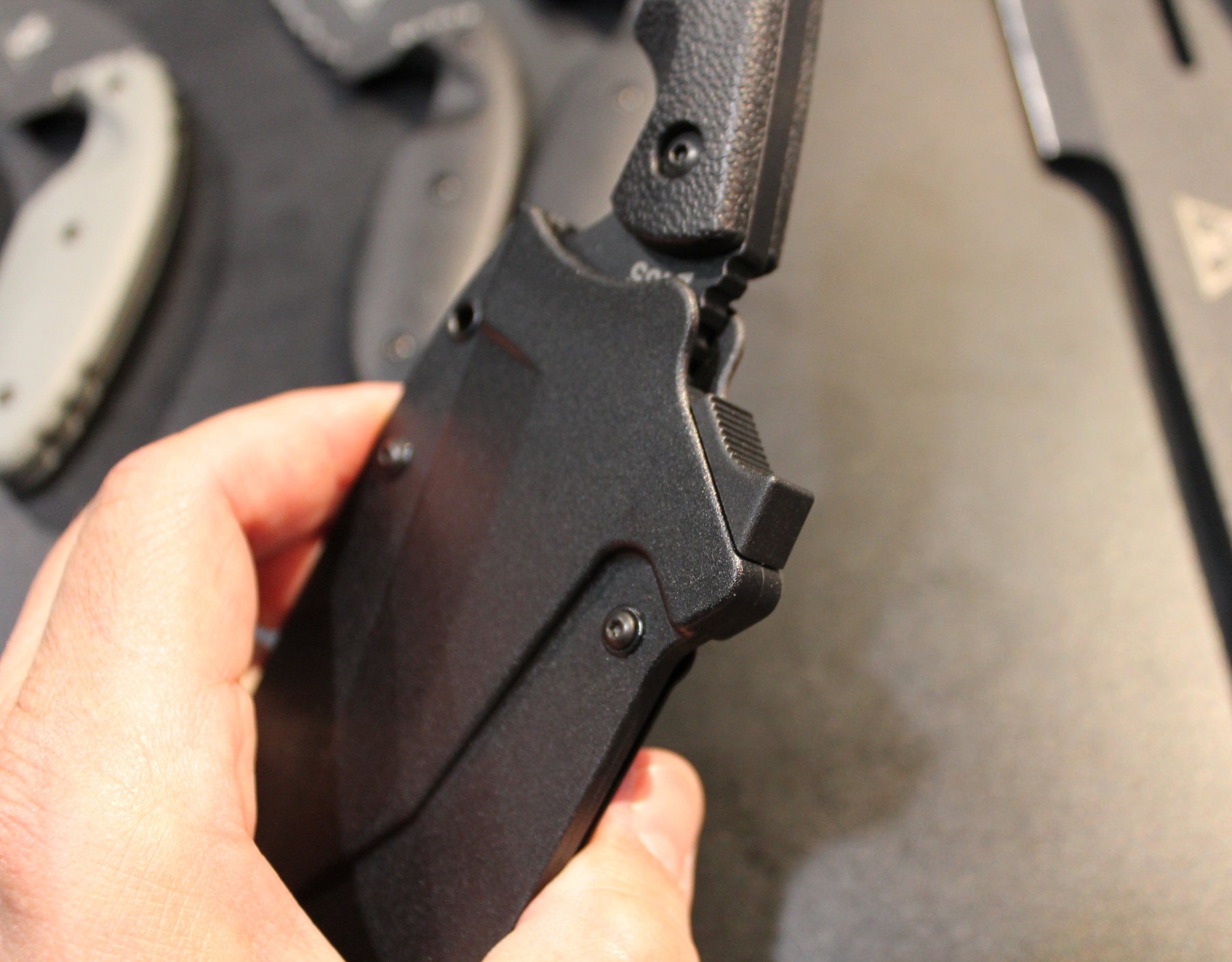 Keeping in mind the safety of the crowd, I did a bit of tugging, much to Mr. Benner’s amusement.  He cut in and told me that two absolute gorillas (…fellow cops of greater stature) had been straining to force a Hinderance out of its sheath earlier in the day–to no avail.  To me it seemed pretty darn secure. 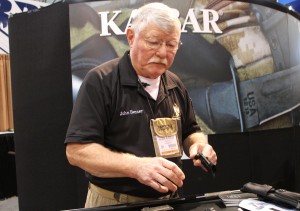 I was glad to see that the knife marketed to law enforcement officers as a belt-carried weapon has a sheath with retention qualities.  I stand by my earlier pronouncement that the original TDI’s sheath is unsafe for duty, but that does not apply with KA-BAR’s Hellfire and Hinderance.