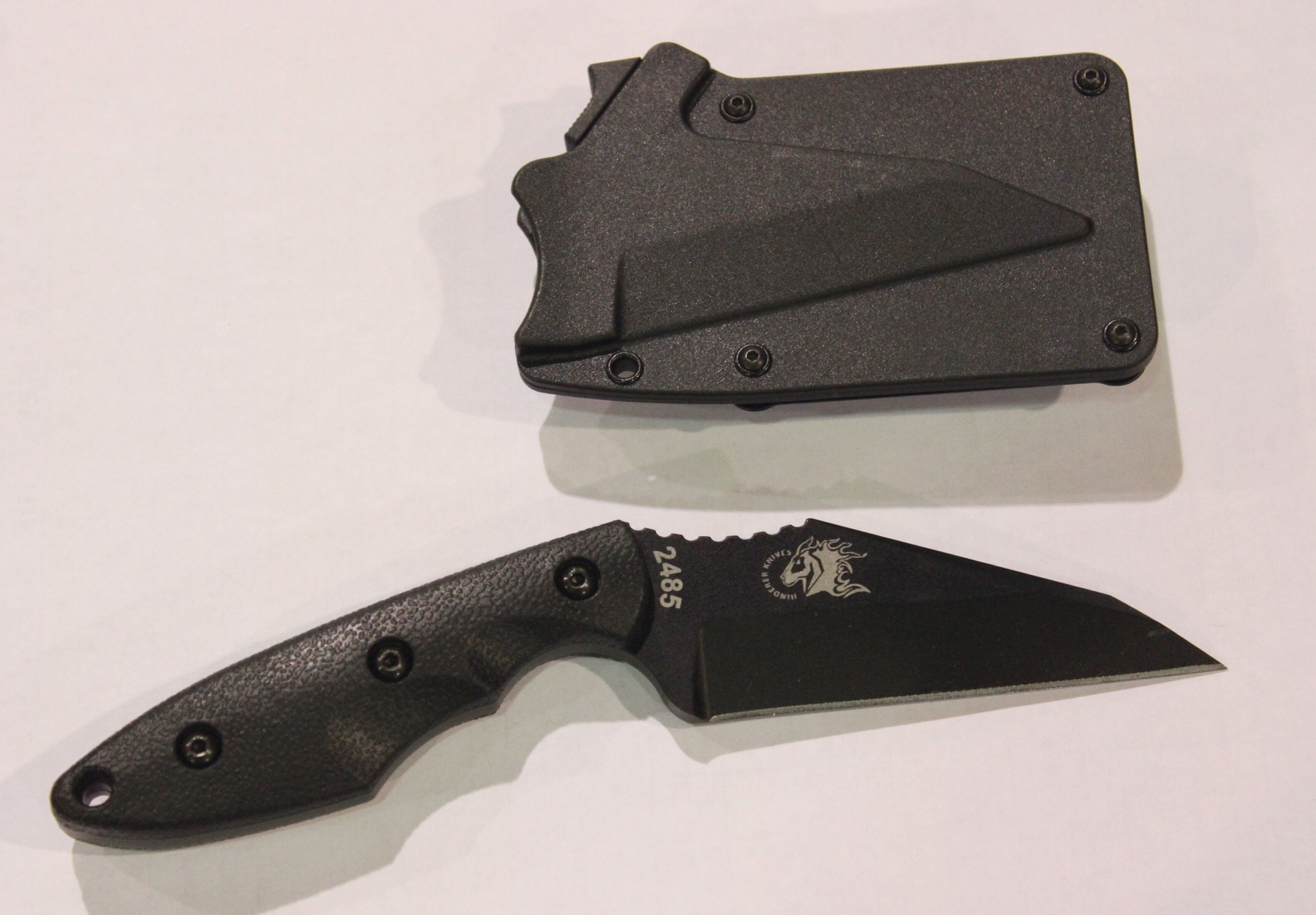 I feel kind of vindicated.  I wrote an article about the original KA-BAR TDI Law Enforcement Knife a while back that essentially said, “Like the knife, hate the sheath.”  And I got hammered for it on a few forums.  To be fair, my article was titled, “KA-BAR TDI Knife Review: Unsafe for Duty,” so I guess I started it.

But that is in the past since the updated knives have a hard plastic sheath with a sliding thumb lock to keep the blade under your control.  Well, KA-BAR has finally addressed what I thought was the shortcoming and officer safety issue.

In the avalanche of booths at SHOT Show 2014, I apparently missed KA-BAR’s knives and my opportunity to check out the two new TDI rigs, which are collaborations with custom knifemaker Rick Hinderer and Tactical Defense Institute (TDI) President John Benner.

Mr. Hinderer designed two different blade shapes for the TDI.  The Hinderance model is a Wharncliffe, while the Hell Fire is a modified tanto with a wickedly recurved primary edge.  They are appropriately combative in nature.

A jimped thumb ramp and index finger relief at the choil secure the knife into the hand.  The original TDI was nearly a punch knife in the hand, but the blade to handle angle is less acute in the new Hinderer TDI’s.

I think the Hinderers’ relaxed stance will still accomplish the job of adding leverage to power cuts–as in cutting an aggressive suspect off you and your sidearm.  This was designed by Benner to be a law enforcement back-up knife, so it is there to save your life.

If this sheath can withstand a full force pull and retain the TDI without defeating the lock, then I will be thrilled.  The knife itself is Made in the USA.  The sheath is constructed off-shore.  MSRP for either model is $111.56.  They are currently available for 37% less at some on-line retailers.

Update:  I got to examine the new knives and sheaths at 2015 SHOT Show.  Click here.