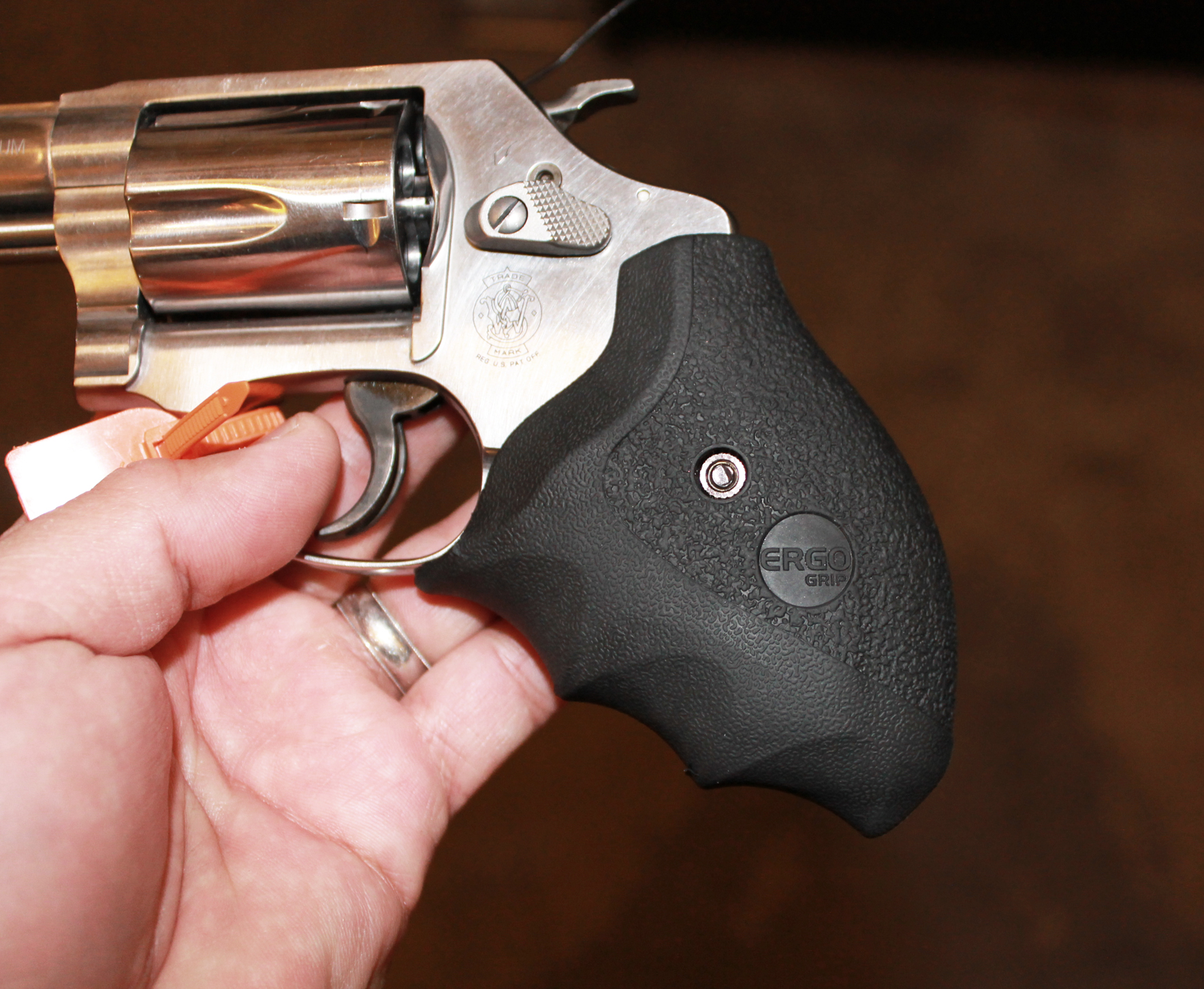 Overheard at the Show from some GunPressMediaInternetCommandos:  “You gotta check out the new ERGO Delta Grips for the J-Frame.  They are ultra-high-speed-tactical and probably will show up on immediate-action SpecOps outside of CONUS!”  Maybe the word “Delta” fooled them.  Maybe I exaggerate.  Sigh, I checked the map and wandered down to ERGO’s booth in one of the rabbit warren ballrooms off the SHOT Show main hall.

I have an affinity for my .38 Special revolvers and in the environment of .327 SmallBlock chambered AR-15’s and the latest in super Cryptoflage-patterned BDU’s, I could have used a bit of Old School Firearm-ery at that moment.  The new Delta Grip by ERGO is an interesting mod to the J-Frame’s handle shape. 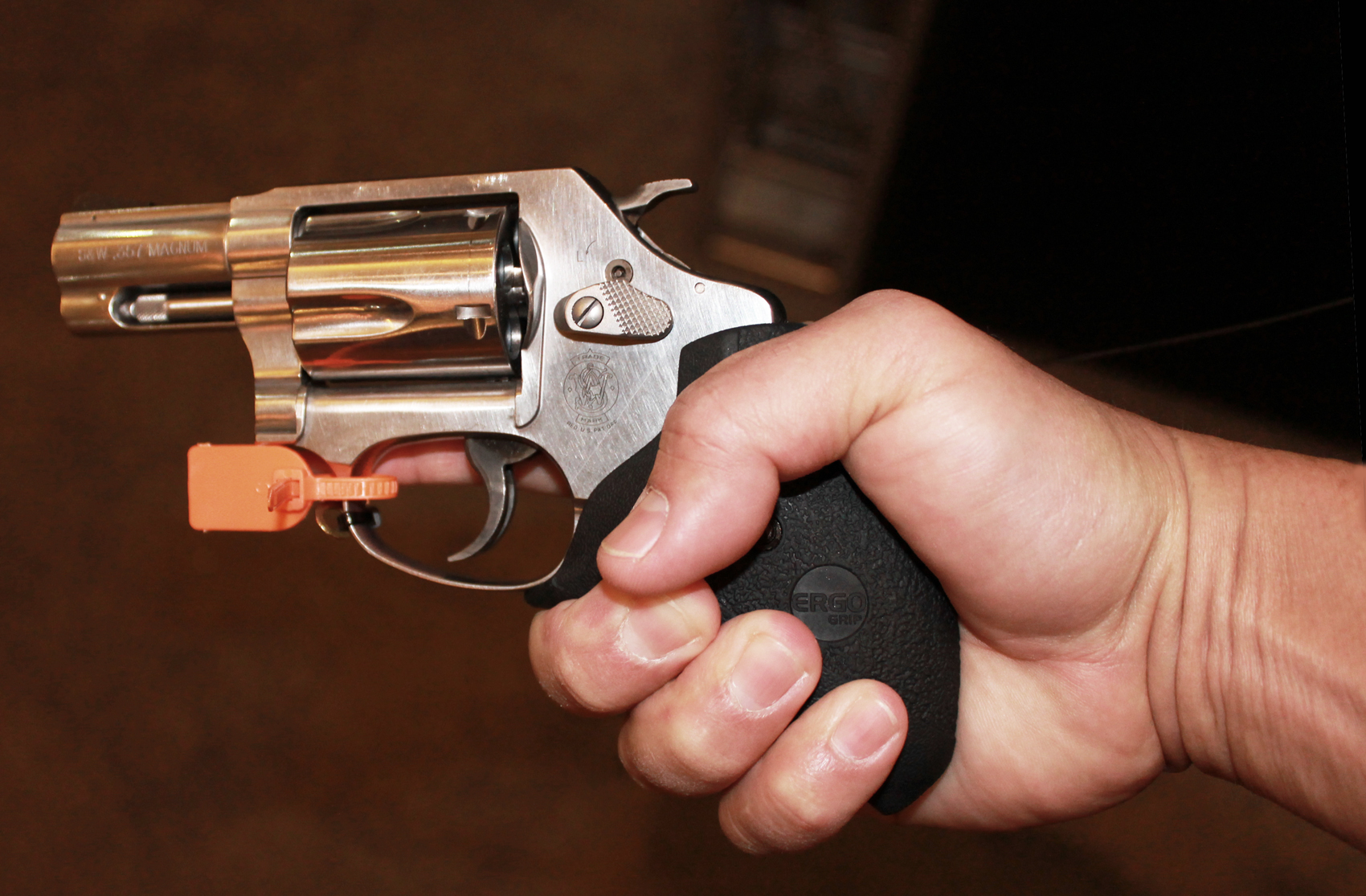 I shook hands with the Smith & Wesson Model 60 wearing Delta’s textured rubber over polymer core.  Hmmm.  The feel was like a triangular shape in the paw.  Delta was certainly a fistful of tacky rubber.  Take your finger gun and point it at something with your thumb straight up.  Now point off with your thumb aimed along with your index finger at the same target.  You may notice that your wrist instinctively angles forward.  This is similar to the grip with the ERGO’s Delta.

They did feel comfortable.  In the lower photograph, I could have positioned my grip a little higher on the Delta.  I like getting the web of my thumb as far up on the Centennial’s back strap as I can.  I was actually shooting left-handed with the camera to get my right hand holding the gun in the photo.  It is not a natural way to take pictures.

The ERGO Delta is fuller at the front strap than other grips.  This is a section of the handle that is sometimes filled with Tyler T-Grips to add more surface area for the fingers with stock Smith & Wesson-type slabs.  Finger grooves on the Delta provide extra rubber on which to grab.

As far as concealed carry is concerned, the Delta is reasonably slim in cross-section and only adds material in an area that does not increase how the revolver will print, which is between the trigger guard and butt.  I did not find them to be oversized for the purpose.

ERGO’s Delta Grips are intriguing and I sure would like to get to the range with a set.  The MSRP is $19.99.  They are Made in the USA, as are all ERGO Grips’ products.