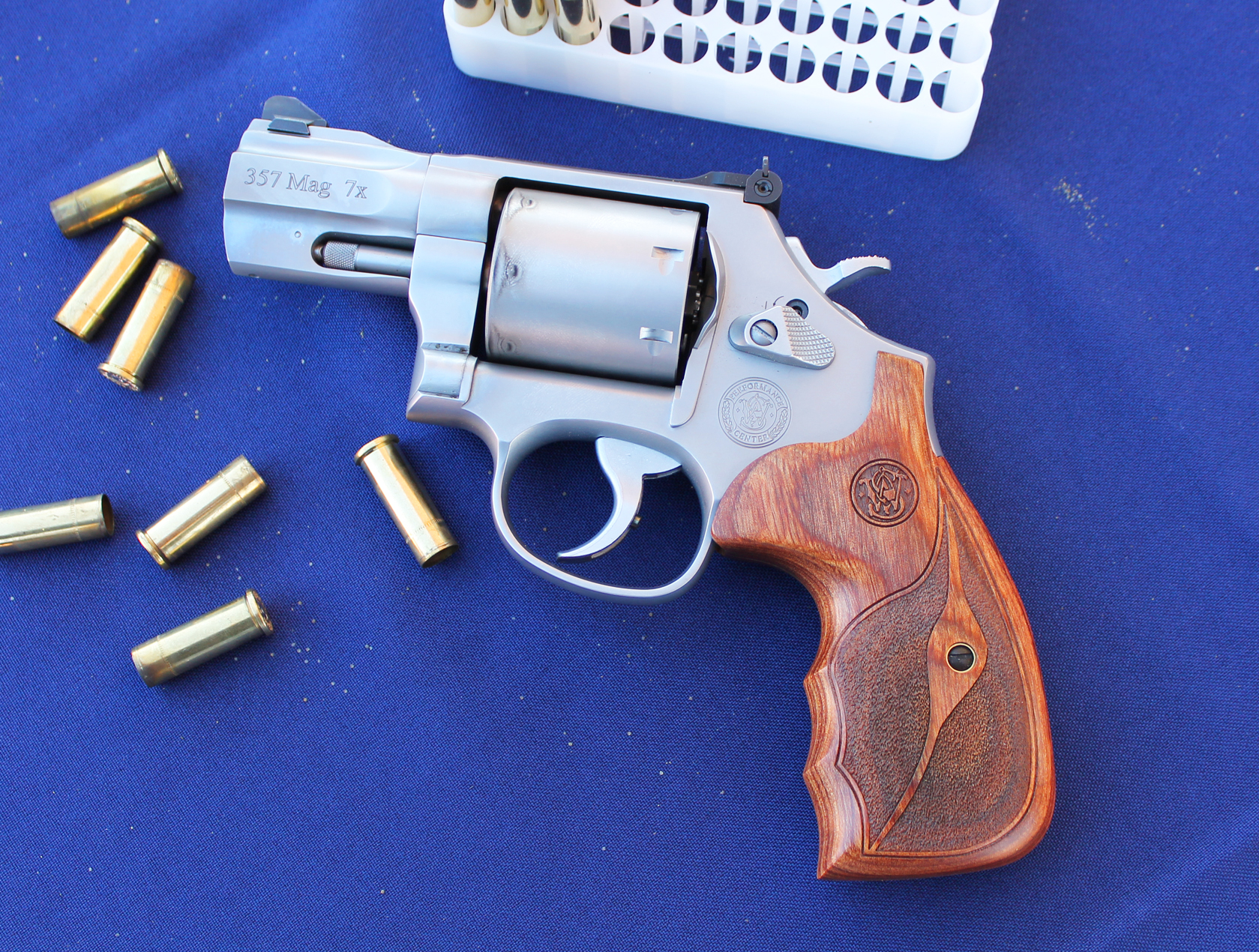 While I am on revolver kick, Smith & Wesson is releasing a brand new Performance Center version of their Model 686 Distinguished Combat Magnum.  This 7 shot L-Frame model will have a 2.5″ barrel, bead blasted finish, unfluted cylinder, and custom wood grips.  There is a red ramp front and adjustable rear sight.

Other features to the PC 686 are a chrome teardrop-shaped hammer spur, chrome trigger with stop, precision crowned barrel, and a cylinder cut for moon clips.  S&W’s Performance Center has tuned the action.

Aaron and I shot this gun at Media Day.  The trigger in double action was silky smooth.  In single action, the hammer dropped with a light click.  S&W reports the trigger pulls at 10 lbs. and 3.5 lbs., respectively.  A handworked action is a beautiful thing to feel. 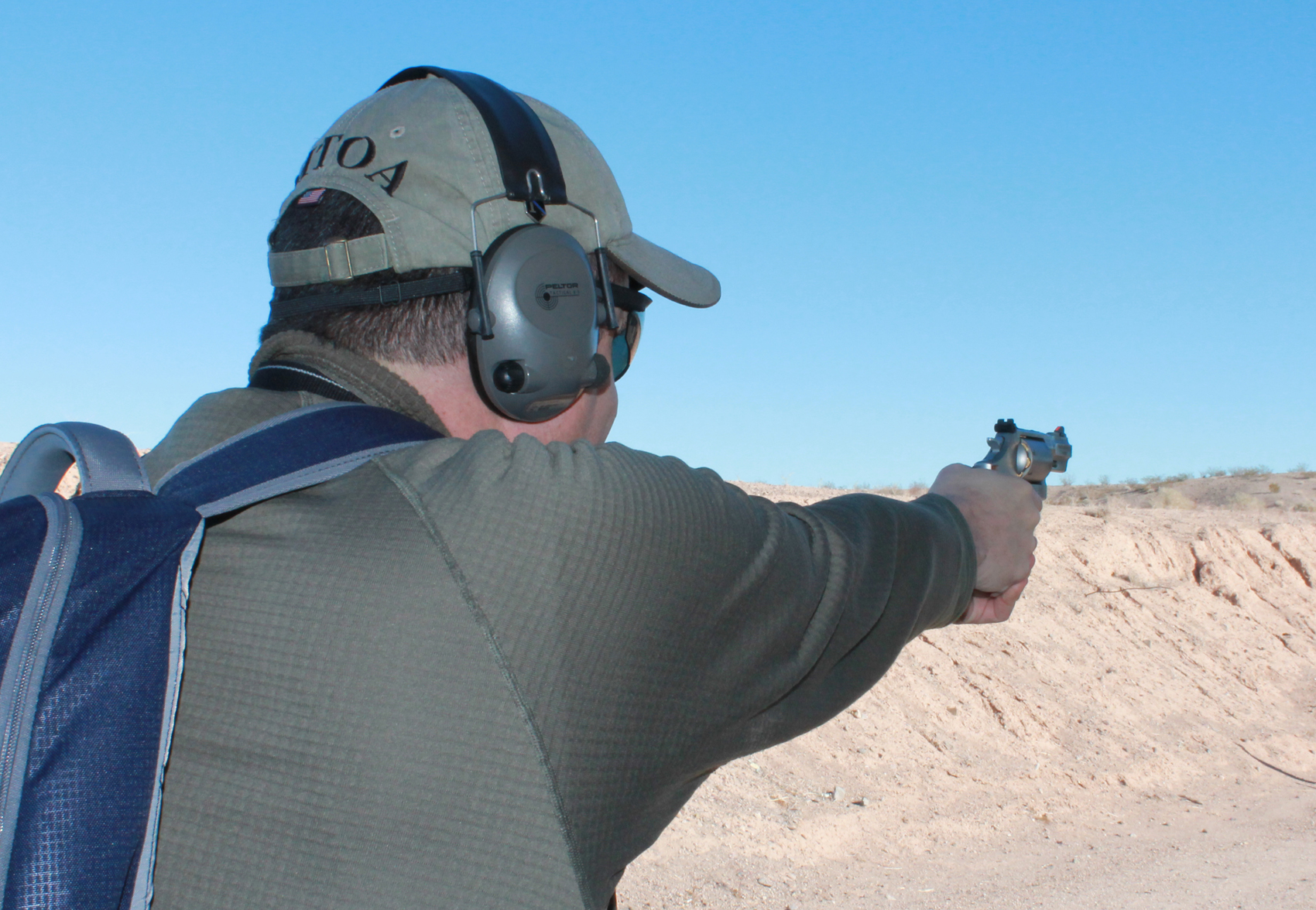 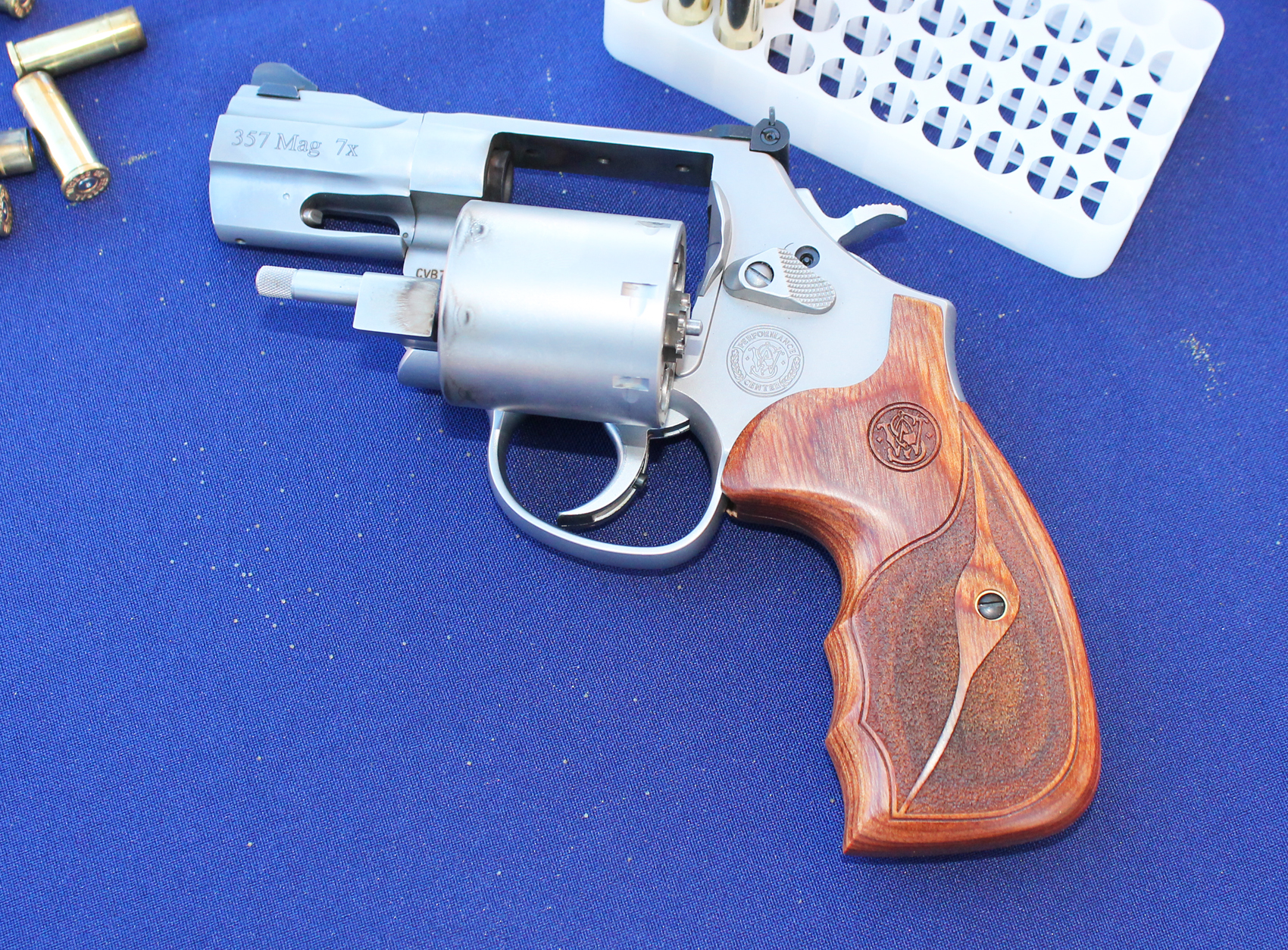 My first handgun was a Smith & Wesson 686 in 6″ barrel, circa 1985.  It was a lovely gun with its square latch and underlugged barrel.  I added Pachmayr grips and a nice Bianchi leather holster.  I unfortunately sold the gun to finance others many years ago.  I wish I had it back.

On a side note, the 686 is reputed to have been carried by U.S. Navy Seals and other special operations groups for waterborne missions.  Without a reciprocating slide to foul, a revolver was seen as a more reliable handgun for specific needs.

With some smaller grips, this new Model 686 would make an excellent off duty gun.  It would look good at the barbeque, too.