In January of 2011, I was walking through the static vendor booths at SHOT Show’s Media Day at the Range and saw a familiar pistol that somehow looked off-kilter. It was a stretched Diamondback Firearms DB380 pistol.  No.  It was something new.

Diamondback Firearms makes striker-fired polymer framed pistols and (soon) AR -15’s in Cocoa, Florida.  After successfully marketing a micro-compact .380 ACP pistol, the company began producing a 9mm version.  This was the gun I saw on the table.

I handled the unloaded gun in the booth.  It looked very promising, however, for its diminutive size, I worried about how it would actually handle in the hand when touching off 9mm primers.   I would find out six months later.

I took delivery of a Diamondback DB9 in July 2011.  It arrived in a black plastic case with an owner’s manual, one six-round magazine, and a padlock and trigger block. After perusing the manual, I fieldstripped the DB9.  It easily disassembled, without tools, much like an Austrian-designed polymer pistol so popular in this country.

Spec-wise, the DB9 is quite small at .80” in width, 5.6” in length, and 4” in height.   The barrel is fully three inches.  One of its most attractive attributes, from a concealed carry standpoint, is the DB9’s weight of just 11 ounces unloaded.  This is around 2 ounces above some .380 mouseguns and an ounce or two below the lightest .38 Spl. revolvers and competitors’ 9mm poly-pistols.

My initial trip to the range with the DB9 was in August of 2011 at SWAT training.  To begin, I shot a hundred rounds of Speer 124 grain TMJ and Speer 124 grain standard pressure GDHP, which is our issued 9mm ammunition.  There were about 10 failures to feed, which most commonly were double feeds.  This stopped after the first hundred rounds. 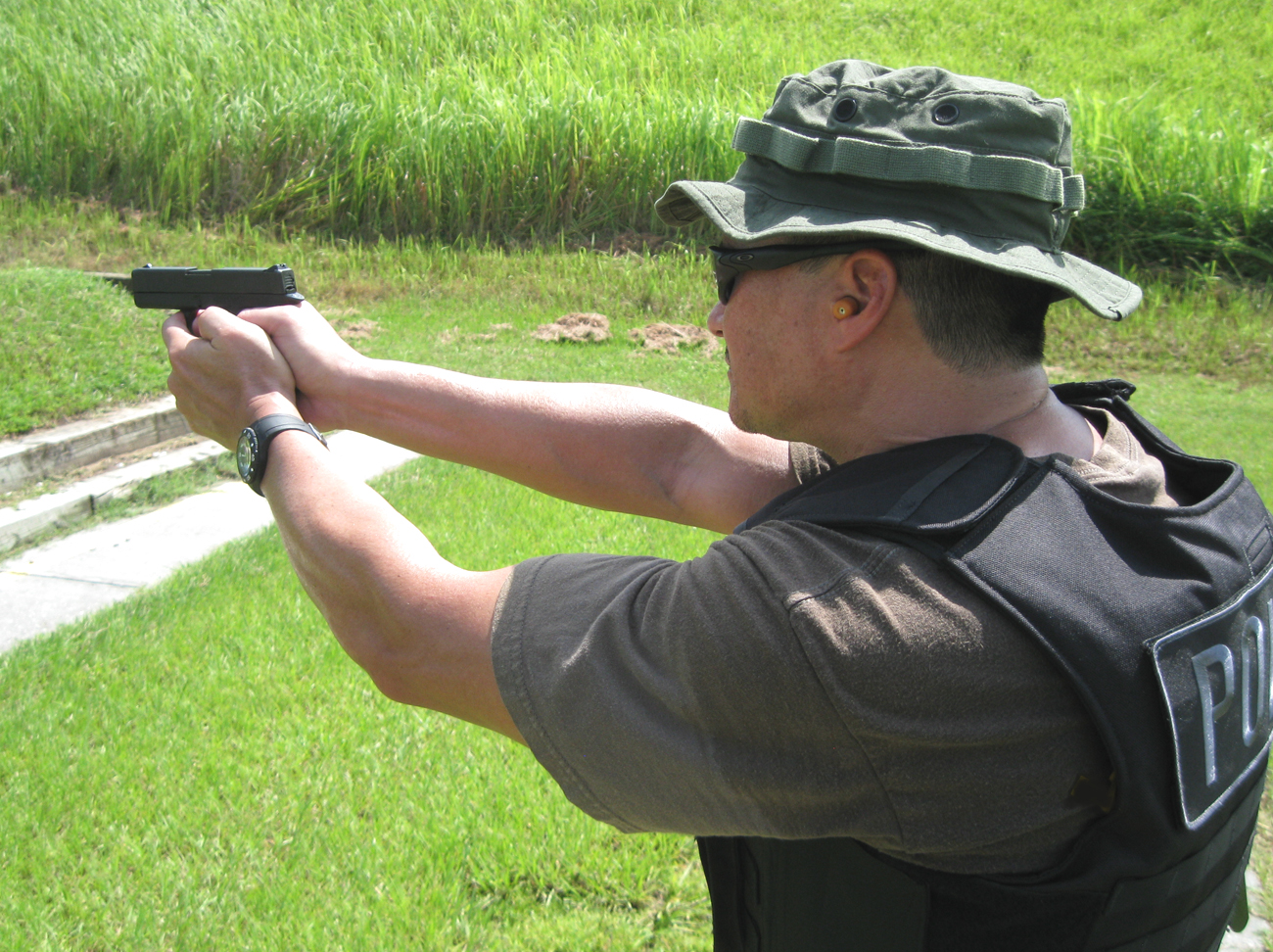 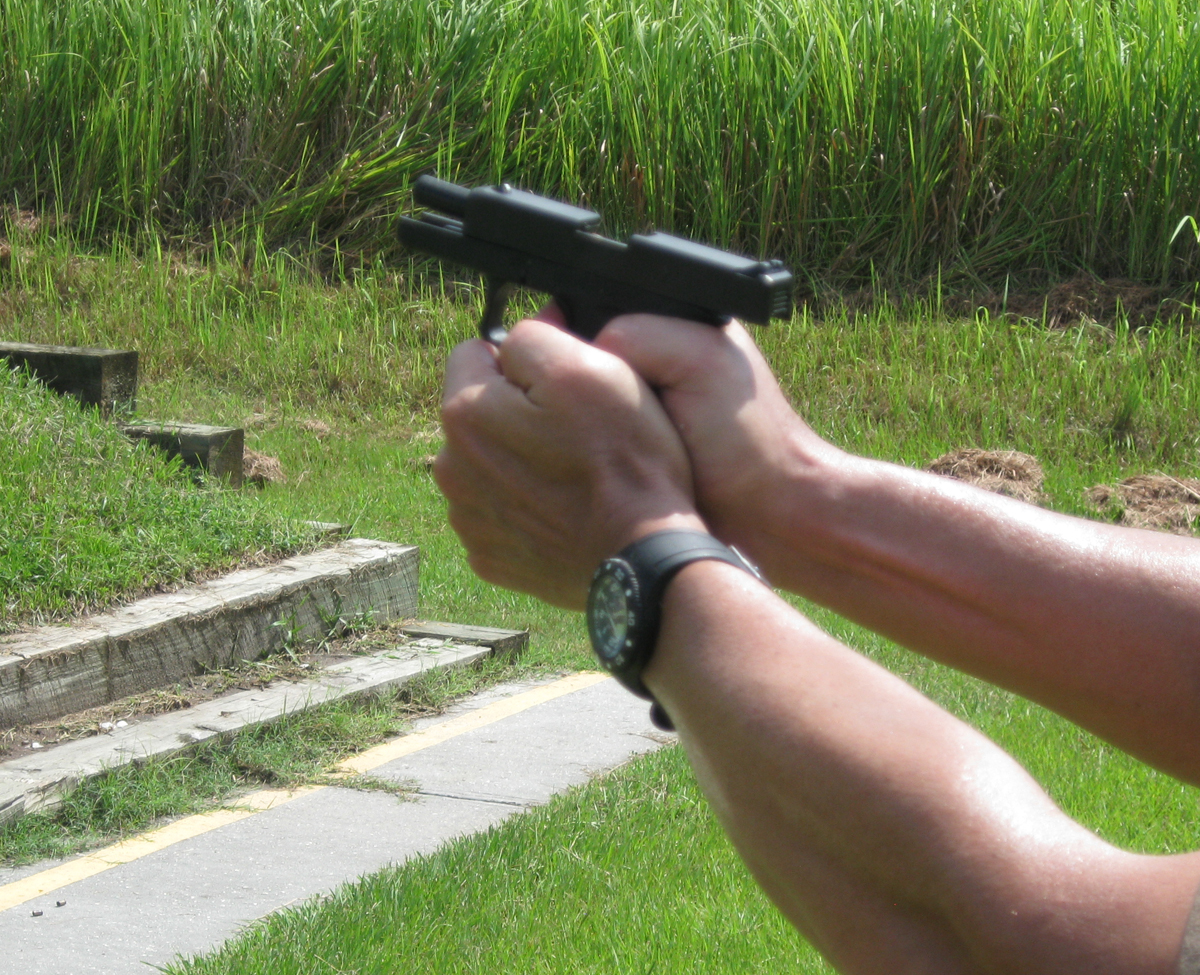 It was a very hot August day at the outdoor range and my hands were sweaty.  My poor grip on the gun may have accounted for a few of the double feeds.  Even standard pressure 9mm is a handful in a gun this light.  Despite aggressive grenade-style texturing on the front and back straps, I found I had to have a death grip on the little pistol.

A fellow SWAT teamer and I put about 300 rounds through the gun.  I was glad he was willing to pull the trigger a few times.  Ultra-light handguns are made to be carried comfortably, but shoot—ah, not so much.

Several days after SWAT training, I took the DB9 out to a civilian range for some more fun.  I put another hundred or so rounds through the gun.  I found that if I relaxed my hand even slightly, I could provoke a failure to feed.  I tried a string of fire wearing a Nomex glove.  Yes, I got some skeptical looks.  Even rapid firing, the glove helped lock the gun in my mitt and resulted in trouble-free bangs.  I was now sure that some of the earlier failures were due to my hold and not the gun itself. 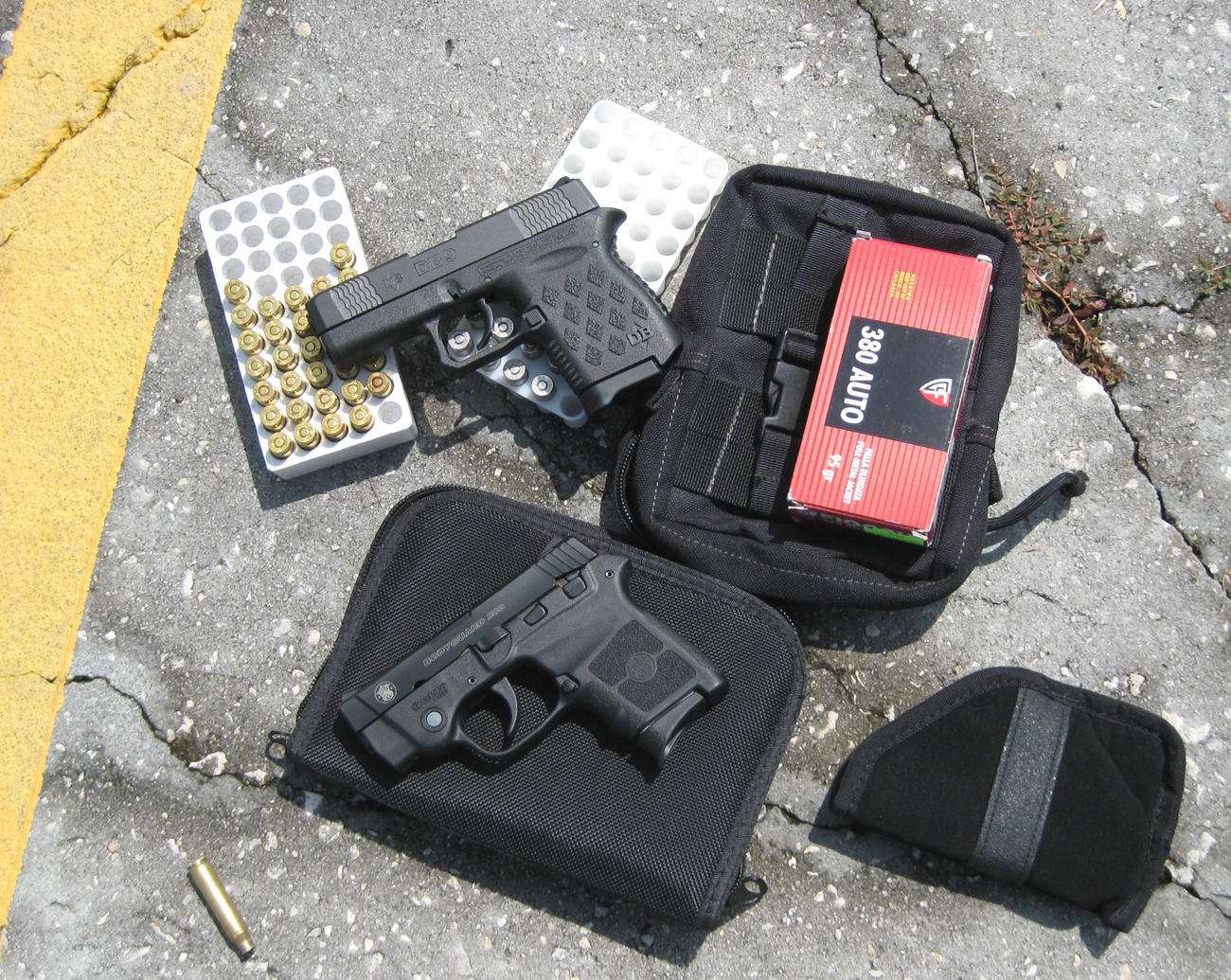 The DB9’s next foray to the shooting gallery was during department qualifications in October 2011.  Our off-duty and back up gun Qual is to shoot the same course of fire that the State of Florida mandates for our duty guns.  This consists of 40 rounds at distances between 15 yards and 3 yards. Only hits in the center of mass four and five zone, or “coke-bottle,” of a blue NRA B21 target count as hits.  I scored a 39 of 40 with the DB9.  Many of our officers do not qualify as highly with their issued Sig Sauer P226R’s.

The Diamondback DB9 has real three dot sights, the rear of which is drift-adjustable for windage.  This is a tremendous advantage over the flat, machined post and channel found on some other pistols in this class.  Trijicon night sights can be purchased as an option for the pistol, though they are currently on backorder.

Some of the guys were interesting in the DB9, so I gladly let all-comers drop the striker.  There was positive feedback from the cops who fired the gun.  Several hundred more rounds were clocked in on the pistol.  Still, I found the gun reliable.

My last outing was back to the civilian range.  No issues there yet again.  My DB9 has about 850 rounds on the odometer.  It has passed through the four hundred rounds I feel need to be fired through a self-defense pistol to earn a place in my holster.  I even sprung for a second magazine to round out the carry package. 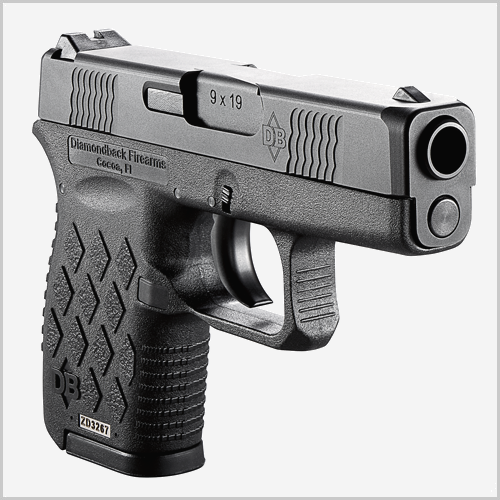 Since I have found mine to be reliable, how about accuracy?  It passed the state duty gun qualification course.  I can drill a paper plate sized target at 15 yards. This is a good approximation of high center chest or pelvic girdle, depending on your needs. I think this is fine self-defense accuracy.

I would caution you to practice one-handed shooting if you are going to carry this pistol. Because of its punishingly snappy nature, a straight wrist and vise-like hold are absolutely necessary for the gun to cycle.  I can tell you from experience, if you are out of alignment with this, it will hurt.

The DB9 should not be fired with 9mm bullets over 124 grains, rounds marked NATO, or with +P or +P+ ammo.   All will void the warranty and may not be safe.  Diamondback Firearms offers a free on-line gun safety course on their website.  I went on it and found it to have good baseline information!

I paid less than $380.00 for my DB9.  At a local gun shop this morning, I saw a new one for sale for $401.00.  Internet prices are a good bit lower.  Diamondback has also added different finishes to the slide such as nickel, nickel boron, and stainless.  Frames can also be bought in black, orange, pink, and teal.

I talked with Diamondback Firearms Founder and CEO Brad Thomas at SHOT Show.  In passing, he told me that they were working on a full-sized pistol.  And he would say nothing further.  Ooooo.

It is now April 2012 and my experience with the Diamondback DB9 pistol has been very satisfying.  I have carried it as a back-up on duty and while on my off duty hours.  With the proper break-in and user’s practice, the DB9 is well suited to repel any boarders.

3/26/2014:  Click here for information and many photographs of the New Diamondback DB FS Nine full-sized pistol.