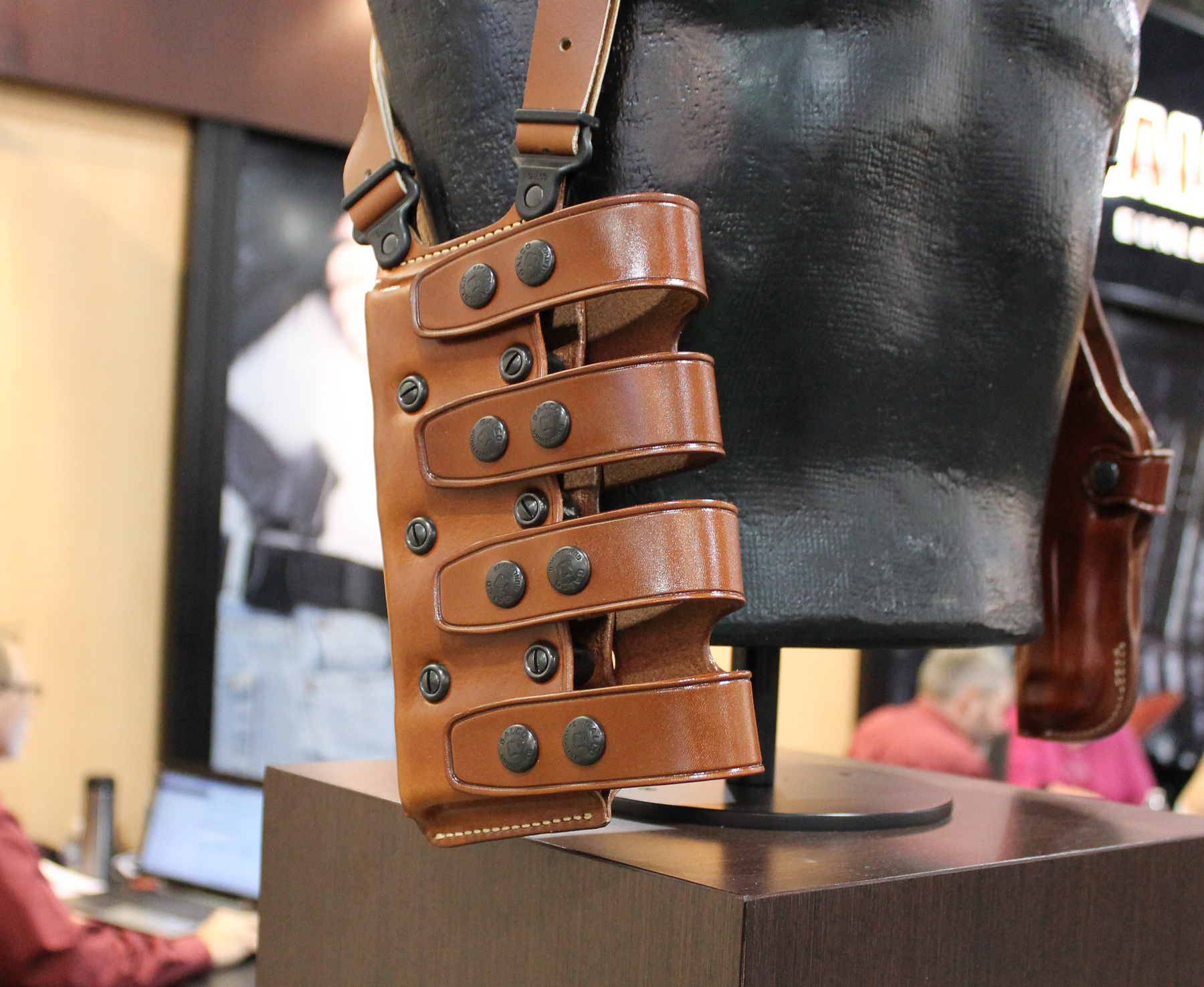 Galco International had this beast on a display mannequin at SHOT Show 2015!  I thought it might be one of those joke products designed to draw you into their booth, but, no, this thing has a purpose (other than stressing your rotator cuff).  The QCL Quad Magazine Carrier was made at the request of soldiers heading overseas.

In 1969, Galco made the “Original Jackass Rig,” which was a modular shoulder holster design with the intent to have components which could be swapped out.  The QCL will hang on today’s Miami Classic opposite your full-sized roscoe.

Brother, this will hold a lot of bullets.  At 15 bullets in a standard M9 magazine, the total number you could bring to the fray with one in the chamber would equate to 76 rounds!  Plenty to fight your way to your rifle, I’d guess. 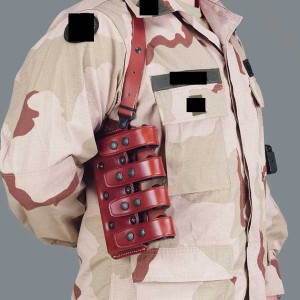 Galco products, and the Miami Classic line in particular, are well-crafted gun leather.  Although I initially cracked a smile when I saw the QCL, there is no doubt that it was a nice piece of construction and had a purpose to which I was unaware.  The QCL can be bought from Galco for $119.00.

This entry was posted in Detectives, Firearms and tagged Galco International, SHOT Show. Bookmark the permalink.