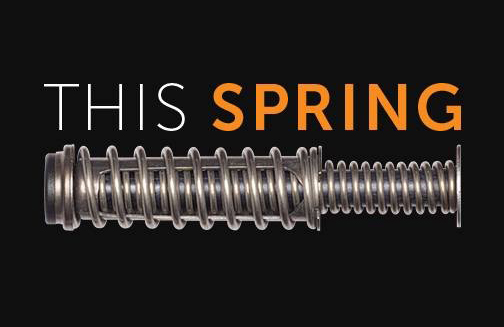 Updated:  Someone apparently breached a nondisclosure agreement yesterday and confirmed the existence of the Glock 43.  Glock, in turn, gave the rest of the media a go-ahead to publish their “secret stories.”  Looks like we are getting the skinny 9 after all…

Here we go again.  I received a media invite for a Glock event at the NRA 2015 Annual Meeting.  Glock promises exclusive “…Range Time with New Product…” among other perks at the April 20 event in Nashville.  The flyer for the soirée had the silhouette of what looks like a G42, but industry insiders accuse it of being the new Glock 43 single stack 9mm sub-sub-compact.

As if that were not enough, Glock’s Facebook page has the “This Spring” photo of the short double-captive spring assembly that would be part of the 9mm’s internals and, in another advertisement, the top of a slide consistent with the truncated pistol.  Glock is asking us to stay tuned on March 20, 2015 for an important announcement. 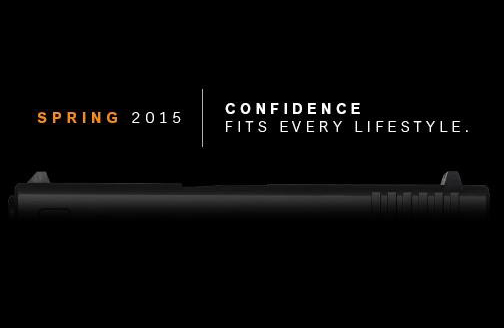 I have read conspiracy theories that the Boys from Austria intentionally released their .380 ACP Glock 42 more than a year before their 9mm single stack so they could sell a freighter full of kurz’s before the lugers hit the dock.

Trolls are pooh-poohing the single stack Glocky 9, saying, “I’ve already got one, its a Smith-Kahr-Kel-field.”  Yeah, well, I will still be buying Gaston Sr.’s offering.

The four Glocks in my stable, including the one I carry daily while on duty, have functioned flawlessly.  A smaller nine will carry well off duty and in the rare occurrences I go full undercover, so I look forward to the introduction.  In a few days we will know the whole story…

This entry was posted in Concealed Carry, Firearms, Off Duty. Bookmark the permalink.