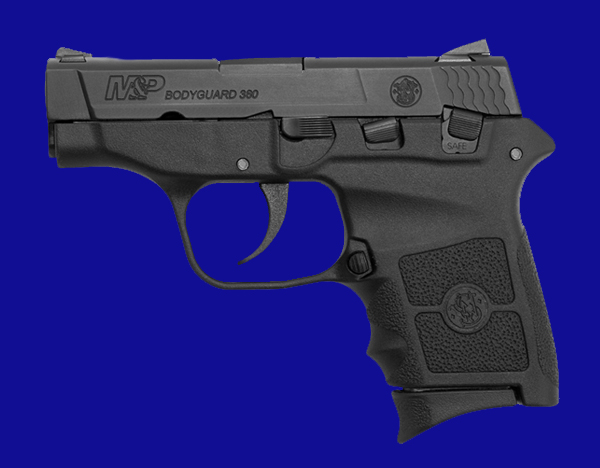 Smith & Wesson has announced a variant of their popular Bodyguard 380.  This will be marketed as the M&P Bodyguard 380, adding to their Military & Police line.  Noticeably absent from this gun is the integral InSight laser.  When I first wrote at BlueSheepdog.com about the LAPD approving the Bodyguard 380 for on and off duty use, back in April of 2011, the Los Angeles Police Department had mandated that both the laser and manual safety be deactivated.  This version solves one of those requests.

I am ambivalent about the InSight laser.  I have kept mine functional and I occasionally use it at the range.  The activation buttons’ stiffness can be fixed by inserting a small rigid piece of material (I have seen snips of a Q-Tip shaft used) under the plastic buttons’ cover.  I prefer a laser that comes on automatically.  Overall, though, for me the laser neither adds nor detracts from the practicality of this handgun.

I have stated that I have no use for the safety lever on this gun.  The hammer-firing DAO trigger has a very long pull that breaks between 8 and 10 lbs, so I am not worried about an ND with the Bodyguard 380.  As far as I am concerned, S&W could have just removed the safety as well, but that would cause them to have to produce a safety-added model for those jurisdictions where it is required.  Don’t like the safety?  Don’t use it!

The specs for the M&P Bodyguard are the same as the original gun, except that the new M&P’s weight is listed by Smith & Wesson at 12 ounces and the original BG 380 at 11.85 ounces.  Seems like the newer version should be a hair lighter on the scales with the removal of the laser.

Since the new M&P BG 380 is smaller in the snout, it should fit comfortably in holsters made for Ruger’s LCP or the Kel-Tec P3AT.  If you have more than one of these small .380 ACP pistols, reaching into the drawer for a holster may be simplified.

I think the new engraving on the slide is a nice touch.  It is subdued and gives the gun that appropriate Military & Police bearing that runs in the lineage.  Other than the above observations, the rest of the “weapons system” (sarcasm, since I actually hate that imprecisely used phrase) remains unchanged…