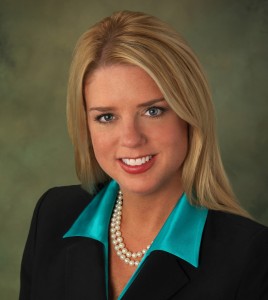 The AG brief addresses the authority of a police officer to conduct an investigation of a person carrying a concealed firearm.  In short, on March 6, 2010, Miami Police Officer Alexander May observed Anthony Mackey leaning on an apartment complex fence with a piece of the handle of a handgun protruding from Mackey’s pocket.  Ofc. May approached Mackey and asked if he had anything on him.  Mackey said, “No.”  Ofc. May conducted a pat-down and found the firearm.  Mackey was arrested for carrying a concealed firearm and convicted felon in possession of a firearm.

Mackey’s defense first contended the weapon was not concealed.  Failing that motion, they argued that Ofc. May did not know Mackey did not have a concealed weapons permit, thus the stop was invalid.  The defense argument relied on the Fourth District Court’s ruling in Regalado that “the firearm should be suppressed since it is legal to carry a concealed firearm in Florida, so long as you have a permit to do so, and the officer did not have reasonable suspicion unless he had reason to believe that the defendant did not have a permit.”

This assertion was rejected by the Third District Court, who sided with the case of State v. Navarro (Fl 3rd DCA 1984), which decided that a clothing bulge observed to be a firearm by a trained, experienced police officer gave the officer probable cause to search the suspect, and also Hernandez v. State (Fl 3rd DCA 1974), where the arrest for carrying a concealed firearm and seizure of the firearm were proper when an officer saw a portion of a firearm protruding from the suspect’s pants pocket.

Bondi’s brief reaffirms the investigative nature of an encounter between a person carrying a concealed weapon and a law enforcement officer as a Terry Stop under FSS 901.151, Florida’s Stop and Frisk statute.

I think the brief is a good treatise for the street officer.  It gives proper case law references and discusses consensual verses investigative encounters with armed individuals from the opposing viewpoints.

Predictably, the Attorney General’s opinion has been a source of ill will for some concealed carry and open carry advocates.  Partisanship aside, the AG’s brief gives us the parameters for police interactions with armed citizens from the state’s top law enforcement officer and our Courts.  That makes it worth the read.