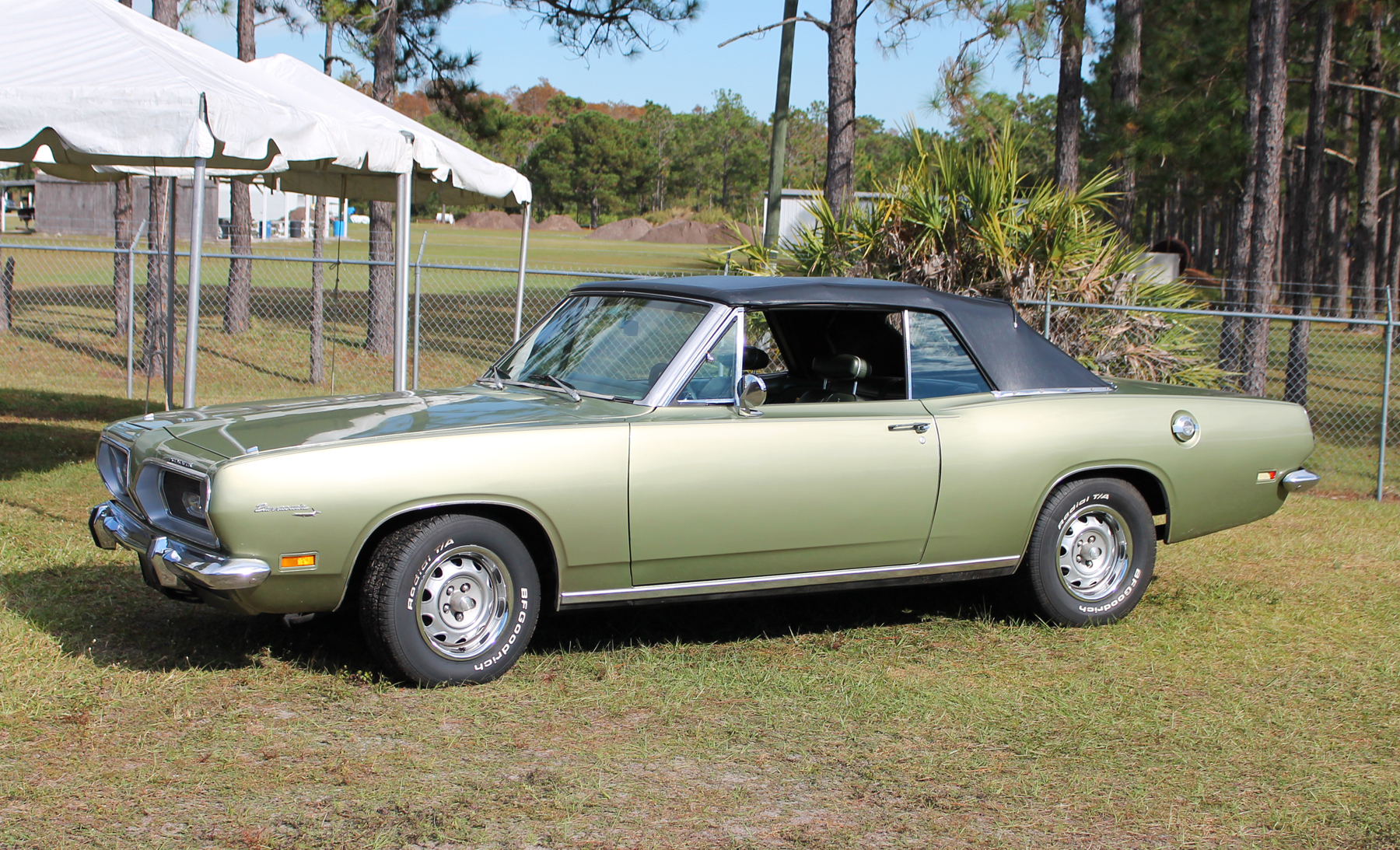 As I was leaving the range at SWAT Round-Up International today, I saw this fully functional vintage operator delivery vehicle, a 1969 Dodge Barracuda.  It wore its original tactical OD green and black colors.  In its day, the convertible top allowed for high speed deployment of the “Special Weapons And Tactics” officers as the ‘Cuda roared up to the scene in a cloud of acrid, vision-obscuring tire smoke.

At a venue where today’s armored vehicles are coated in metric tons of plate steel, yards of ballistic glass, and gallons of flat black paint, this vehicle stood out as an old school witness to how The Fuzz used to show up for the fight in stripped-down style.  Lock and load, man! 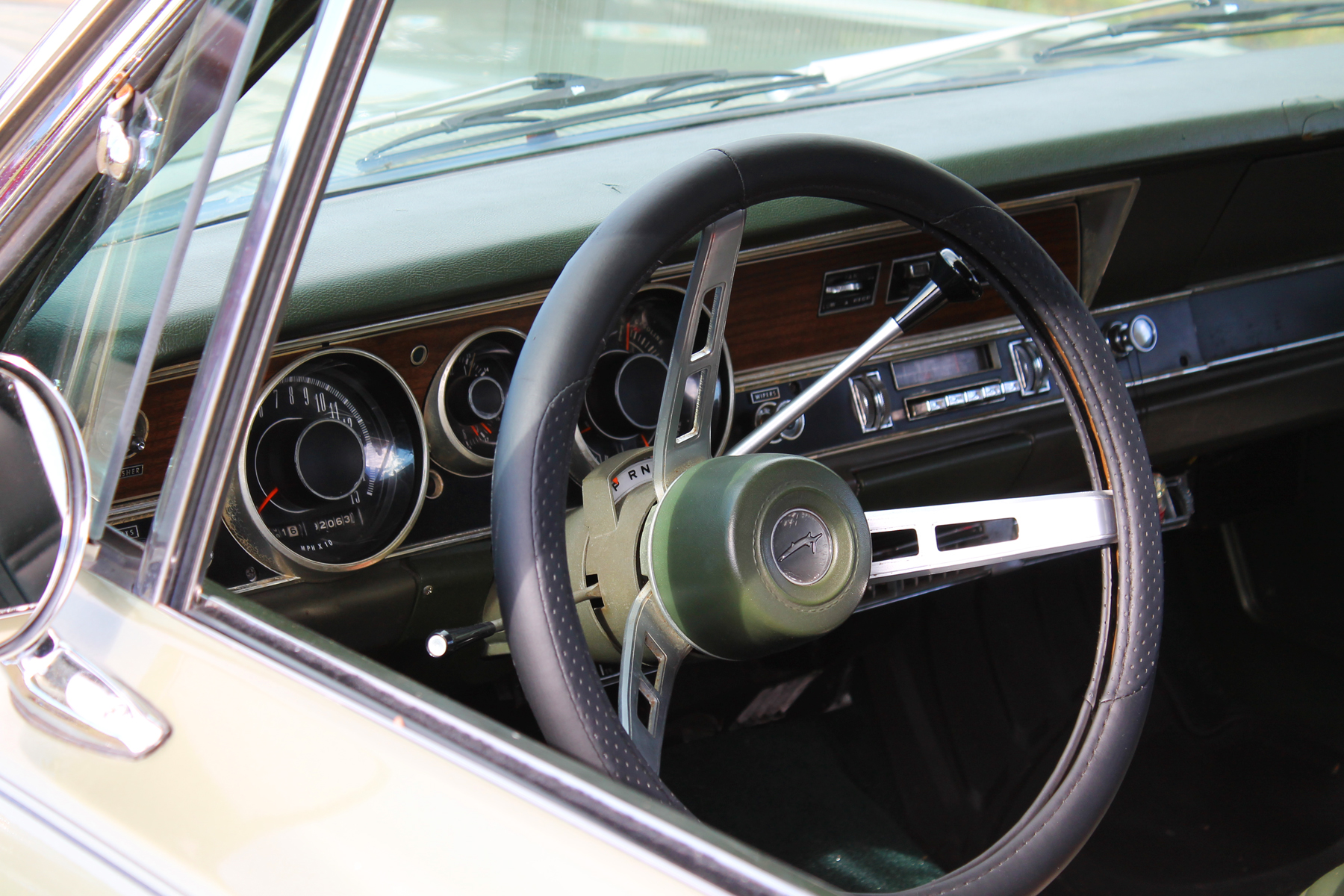 Showing 92,063 miles on the odometer, the old war horse must have delivered legions of geared-up SWAT guys to missions all over the country.  Note the column shifter that provides room for one extra shooter on the front bench seat.  That operator would be in control of the in-dash a.m./f.m. radio, windshield wiper switch, and cigarette lighter. 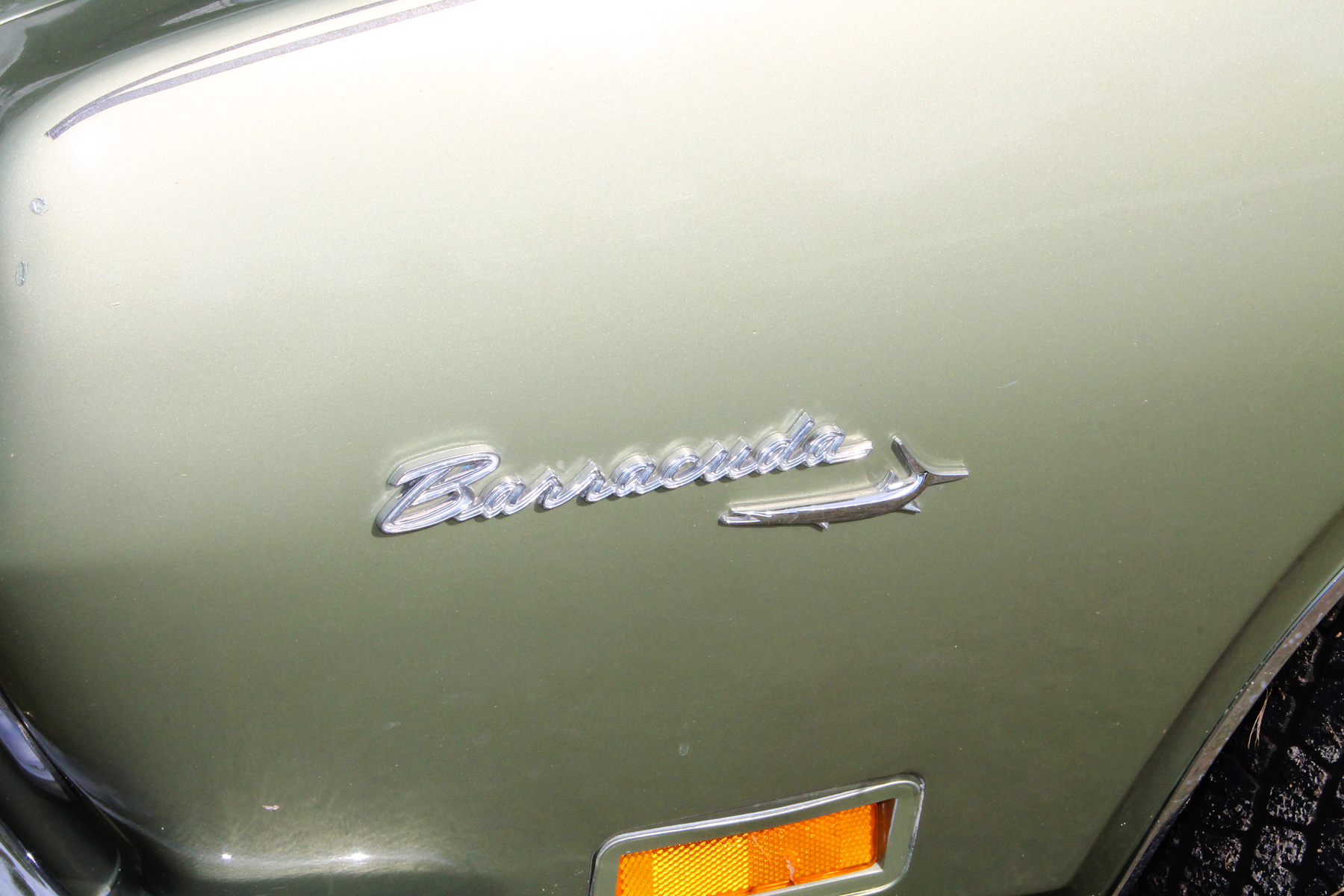 This Barracuda’s 440 Super Commando V8 gave the vehicle the proper power-to-weight ratio to get a small entry team or perimeter element in place swiftly.  I asked the retired owner why he had not opted for the Hemi and he said it would have constituted an unfair advantage back then, much like outfitting today’s guys with (gulp) 10mm pistols would.  As it stands, this car, a .38 cal. revolver, and an M-16A1 were more than enough to vanquish the ne’er-do-wells of the day.

I thought about requisitioning a few of these ‘Cuda’s for the Team, but the cost of cool would be lost on the administrators.  I’m sure I’d be told that some things should be left in the past.

This entry was posted in Humor, SWAT, Technology and tagged SWAT Round-Up International. Bookmark the permalink.

One Response to Coolest Vehicle at SWAT Round-Up 2014