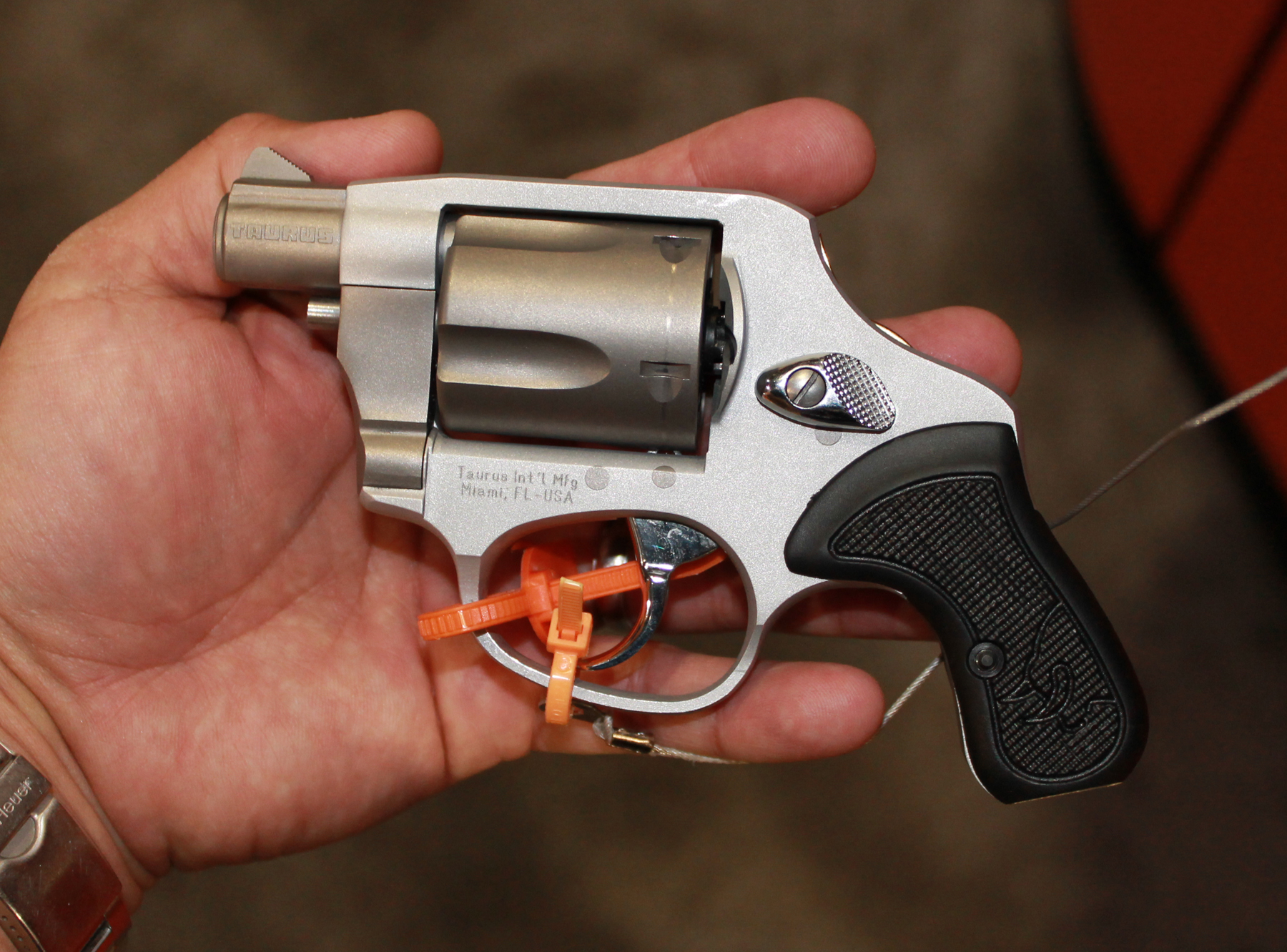 Taurus International Manufacturing, Inc. is pushing the envelope with the new “View” handgun.  Where their large Judge model expanded the continuum in one direction, the View stretches the opposing limit for minimalism in a personal defense revolver.  I was able to handle the View at Taurus’ SHOT Show 2014 booth.  A few thoughts…

Sporting a 1.41″ barrel and tiny hand grip, the profile of the View is smaller than even the most stripped down Smith & Wesson J-frame snubbies.  My immediate concern is in the size of the handle.  I have small-to-medium sized hands.  When I gripped the View tightly, I could barely get my ring finger above the very lower curve of the View’s butt.  In addition, there is no palm swell to the flat diminutive handle slabs.  As I held the View, I felt that it lacked enough surface area upon which to securely grasp when firing the gun. 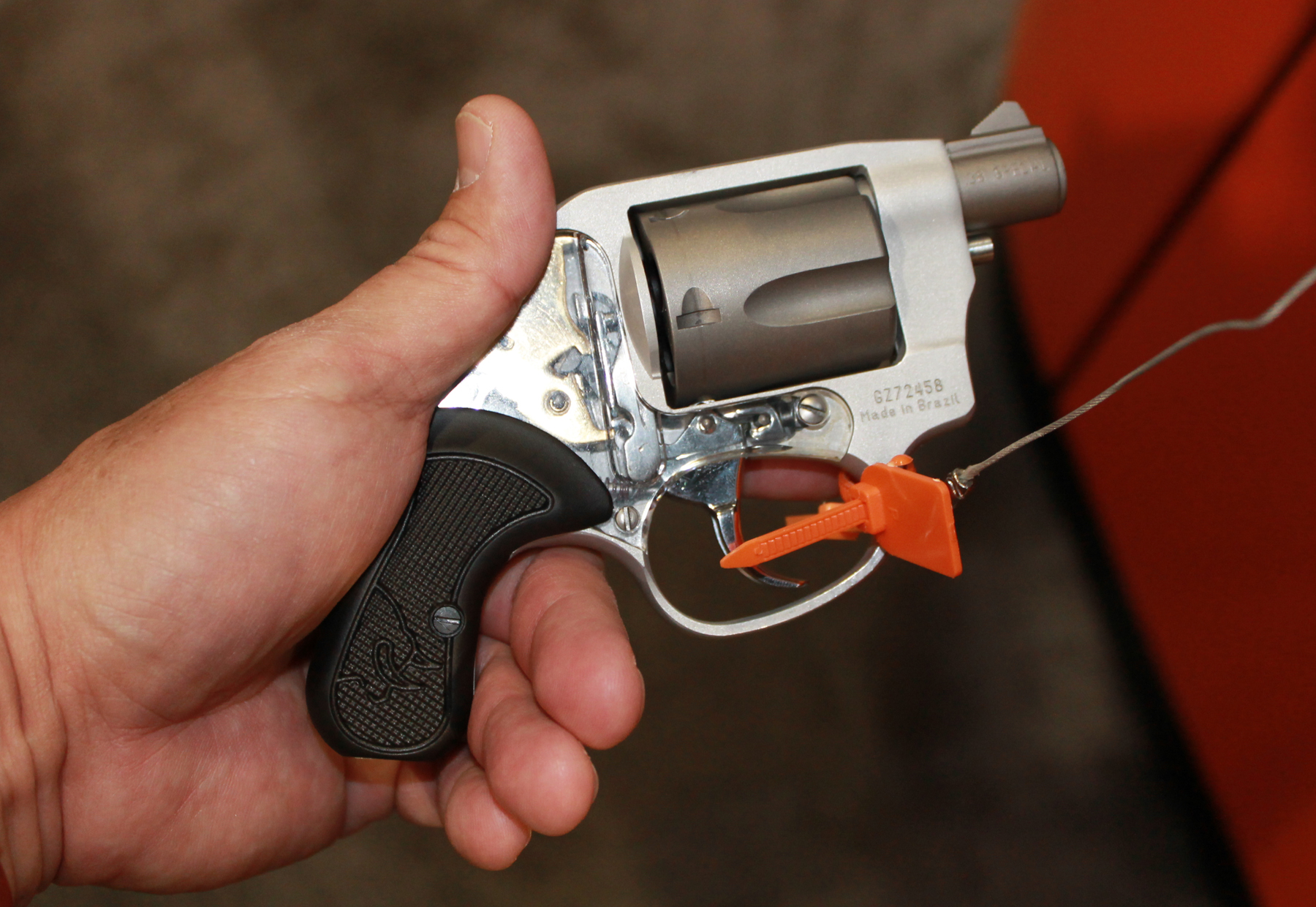 A few months back, Richard of GunsHolstersandGear.com invited me to shoot a two-round Double Tap brand pistol he had in for testing.  It had a similarly stingy handshake.  After touching off the first bullet, I did not think highly of the combat capabilities of its squared-off grip.  In holding the View, I found the handle reminiscent.

But I will table grip ergonomics for a moment.  Because of its aluminum frame and titanium cylinder, the View floats over a scale at 9 ounces.  That is at least 2.4 ounces fewer than the lightest scandium belly guns.  Taurus’ website currently shows the View spec’ed for .38 Special +P ammunition.  In a gun this light, I think the recoil will be off-putting to all but the least sensitive shooters.  Standard pressure .38’s may not be so bad in a gun that has so little heft, but then there is that pesky issue of the View’s micro-grip.

The View will certainly reign in a concealability contest for revolvers.  The short, unshrouded barrel helps.  Overall, the View measures 3.5″ in height.  By comparison, Taurus’ Model 85, from which View owes its construction, is 4.28″ high.  A shortening of the handle eliminates the basic L-shape that most handguns exhibit.  There is less grip space on the View to protrude from a waistband or print in a pocket, so this gun will hide well.

Unlike other hidden hammer “Centennial”-type revolver designs, the View works a hammer that is exposed from the frame as the action cycles.  The View’s hammer movement could potentially be obstructed when fired from a pocket or in close quarters with other objects.  This is a minor criticism, but one of the main advantages to the so-called hammerless revolver is that it can be fired from inside a pocket without snagging the hammer on fabric. 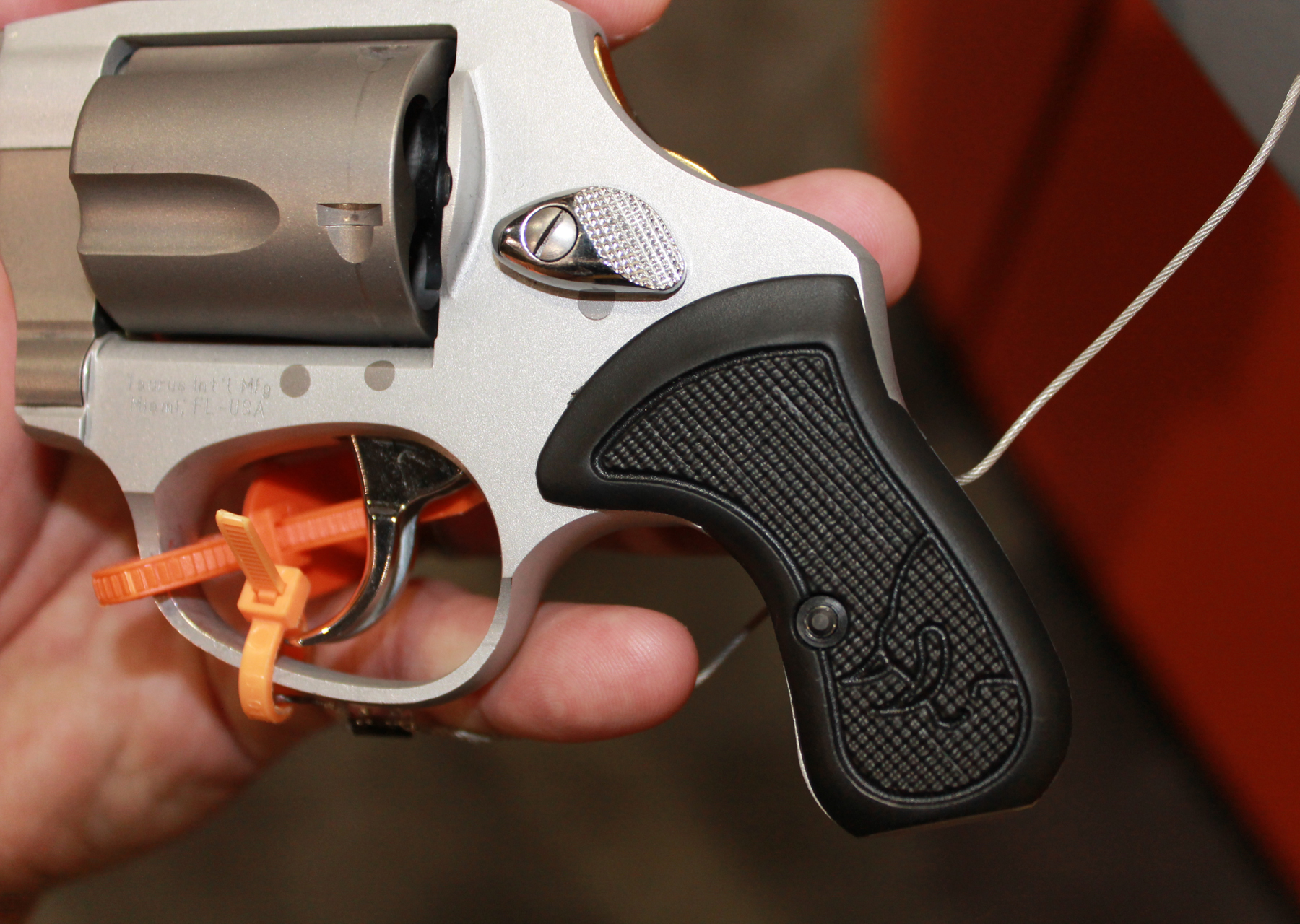 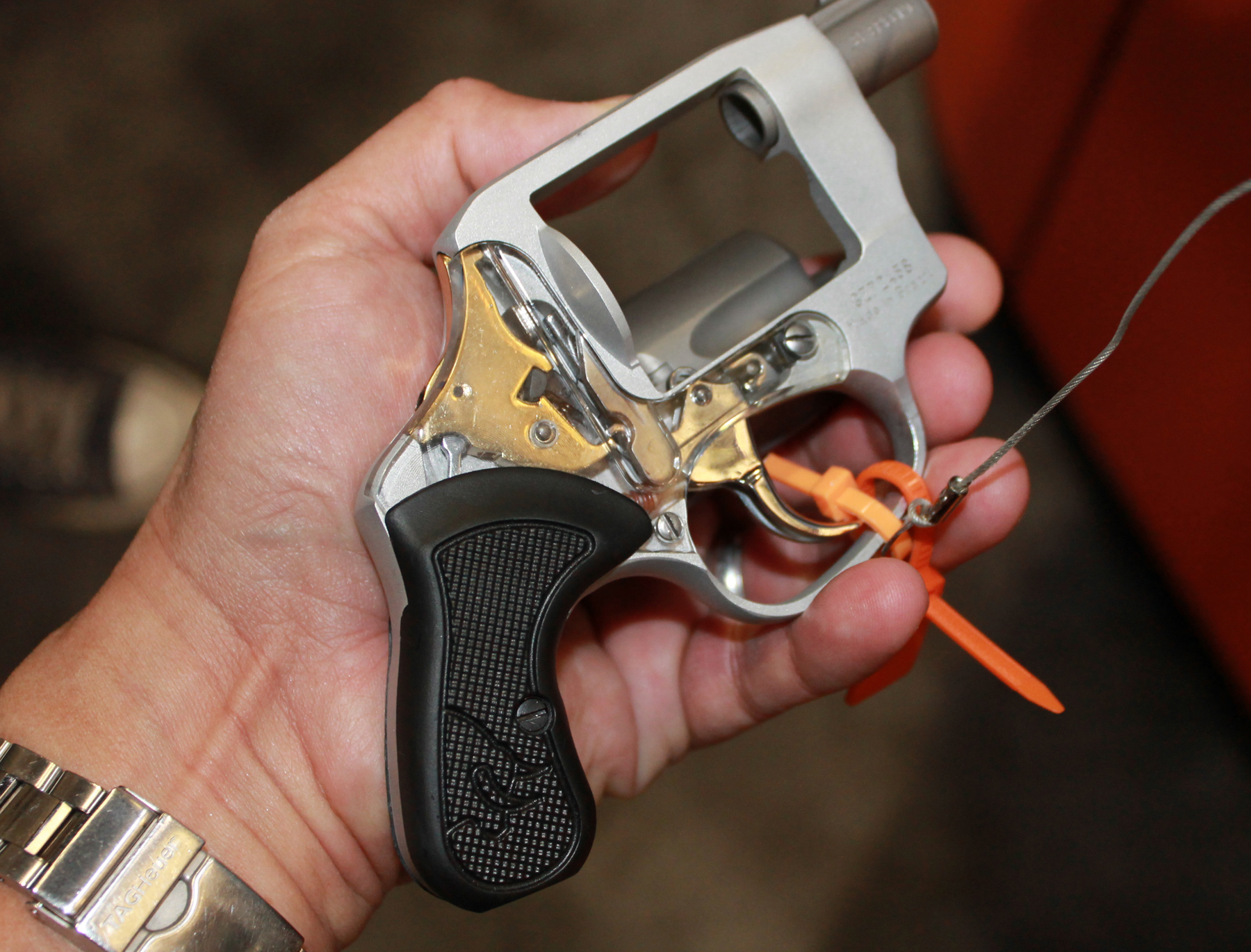 Taurus made the ejector rod of the View about a half-inch shorter than it could have been.  I assume this was to decrease both the gun’s size and weight.  The result is a very minimal extractor star throw that will likely cause difficulty in removing spent brass.  When I manipulated it, I estimate the star popped out only about a half an inch.  And I was not the only gun writer expressing reload concerns about the View at the Taurus booth last Wednesday in a confab around the new gun.

Overall, I felt there were potential safety issues while I was handling of the Taurus View.  My observations are born of thirty-five years of revolver experience with, and many thousands of rounds down range from, small revolvers made by Smith & Wesson, Colt, Ruger, Charter Arms, and even Taurus, themselves.

I honestly hope that my cautions are misplaced with respect to the Taurus View.  Given its size, I strongly feel that the View is an expert’s revolver and not one for the novice or casual shooter.  Even so, Taurus is also marketing a pink-framed version…

My opinion is that there is a tipping point at which a handgun’s external dimensions and its cartridge power intersect to create a conflict with the gun’s safety and, ultimately, its defensive effectiveness.  Further range testing will confirm whether the View has crossed over this boundary.

Oh, and you can see the trigger action work through the View’s nifty Lexan side plate.  MSRP $599.00.