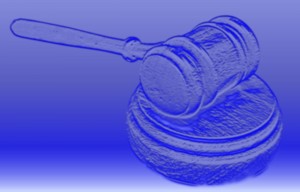 Updated 3/9/2012:  SB 1 was passed by the Senate and the House and will be sent to Indiana Governor Mitch Daniels.  See the end of the article for further.

If you have not been following the legal machinations in the State of Indiana over Castle Doctrine, you need to read the appalling proposed “legislation” that is Indiana Senate Bill 1 (SB 1) 2012.  This bill passed the Indiana House 74-24 in a vote last week and was returned to the Indiana Senate with amendments.

On November 17, 2007, officers in Evansville, IN responded to a reported domestic violence call at Barnes’ apartment. He became belligerent with officers in the parking lot.  When Barnes went to retrieve his belongings from the apartment, he refused officers entry, though his girlfriend inside said to Barnes to “just let them in.”  Barnes shoved one of the officers into a wall.   He subsequently fought with police and was Tasered and arrested.

Barnes was later convicted of misdemeanor battery on a police officer, misdemeanor resisting law enforcement, and misdemeanor disorderly conduct.  Upon appeal, all three convictions were upheld by the Indiana Supreme Court.

The Indiana Supreme Court ruling in Barnes vs. Indiana spoke to an element of Barnes’ argument, which was whether the police had the right to enter his home.  The Court said the police were legally allowed to enter his home based on the totality of the circumstances.

Despite upholding the legality of the police entry, and to speak to Barnes’ appeal, the Indiana Supreme Court said, “We believe (however) that a right to resist an unlawful police entry into a home is against public policy and is incompatible with modern Fourth Amendment jurisprudence.  Nowadays, an aggrieved arrestee has means unavailable at common law for redress against unlawful police action.”  Further, “We hold that there is no right to reasonably resist unlawful entry by police officers.”

As a knee-jerk reaction to this, SB 1 was proposed by Republican senators to ostensibly protect citizens and the police against illegal police behavior.  The result is an open season on cops.  In reading SB 1’s language, I cannot articulate all the new hazardous scenarios that would face Indiana law enforcement officers.

Indiana Code IC 35-41-3-2 already addresses the lawful use of force and deadly force in general law and as Castle Doctrine.  SB 1, however, specifically and unnecessarily targets law enforcement.

When the police act illegally, the accused has a right to grieve the behavior and outcome through the legal system.  Under this legislation, the accused’s recourse of action can instantly escalate up to firing bullets at the police, especially since there is no legal requirement to retreat in Indiana.  The subjective standard of “reasonably believes” becomes probable cause for a home or property owner to use deadly force on officers.

Because this bill is currently pending in the Senate, I urge all law enforcement officers to contact their Indiana brothers and sisters and advise them to immediately petition their legislators and unions to vigorously fight the wording of SB 1 as if their lives depend on it.  Because they do.

Update:  On Friday, 3/9/2012, the Indiana Senate passed SB 1 with a vote of 38-12 in favor.  The Indiana House followed suit and passed the bill 67-26.  It is now in the governor’s hands. The Fraternal Order of Police lobbied against this legislation.  Said Chuck Canterbury, National President of the FOP, “Your average citizen does not have the requisite legal training or training in police procedure to make an informed decision about whether or not the law enforcement officer is making a lawful entry.  What this bill will do is turn every situation where an officer has to enter someone’s property into a potentially lethal misunderstanding. It’s just flat out dangerous.”