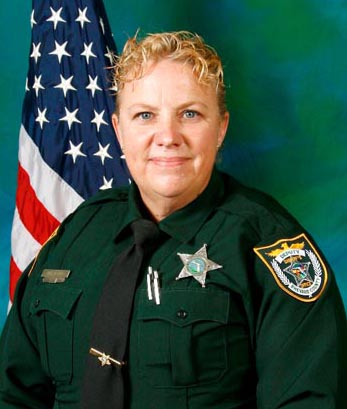 Brevard County Sheriff’s Deputy Barbara Pill was shot and killed in the line of duty on March 6, 2012.  According to Brevard Sheriff Jack Parker, Pill stopped two theft suspects on a traffic stop in Melbourne.  She ordered them out of their vehicle, but they did not comply.  She had requested back-up and was making a radio transmission, when she was fatally shot.

Suspects Brandon Lee Bradley and Andria Michelle Kerchner fled in their SUV, but were captured several miles from the shooting.

Deputy Pill had previously worked for the Miami-Dade Police Department.  She was 52 years old and a grandmother.  Pill had over 30 years of law enforcement experience, including 10 years as a deputy sheriff in Brevard County.  She has a son who is a Melbourne Village police officer and a son who is a Brevard County sheriff’s deputy. 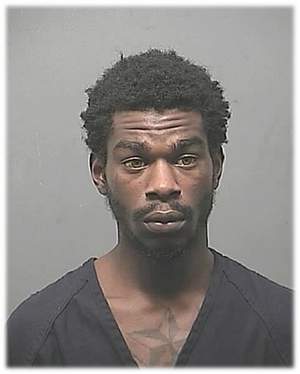 Bradley had four warrants for his arrest and a criminal history that included aggravated assault, kidnapping, and narcotics violations.  Kerchner also had previous criminal charges and a warrant for her arrest

The Econo-Lodge manager at 4455 West New Haven Ave in Melbourne called 911 to report that guests in one of his rooms were stealing furniture.  He said they were leaving in a white Ford Explorer.

Deputy Pill initiated a traffic stop on the suspect vehicle at John Rodes Blvd and Silver Heron Drive.  Pill was shot at that location.  Bradley and Kerchner left that shooting scene in the white Explorer, but it was later spotted in the area of the 4000 Block of Carolwood Drive.  Multiple law enforcement agencies converged on the area.

It was reported that police used spike strips and the SUV rolled into a ditch on Turtle Mound Road and Parkway Drive.  Tear gas was introduced into the vehicle and deputies and officers approached with shields and long guns.  The pair surrendered and were taken into custody.

This entry was posted in Officer Down and tagged Brevard County Sheriff's Office, Deputy Barbara Pill, Officer Down, Traffic Stop. Bookmark the permalink.