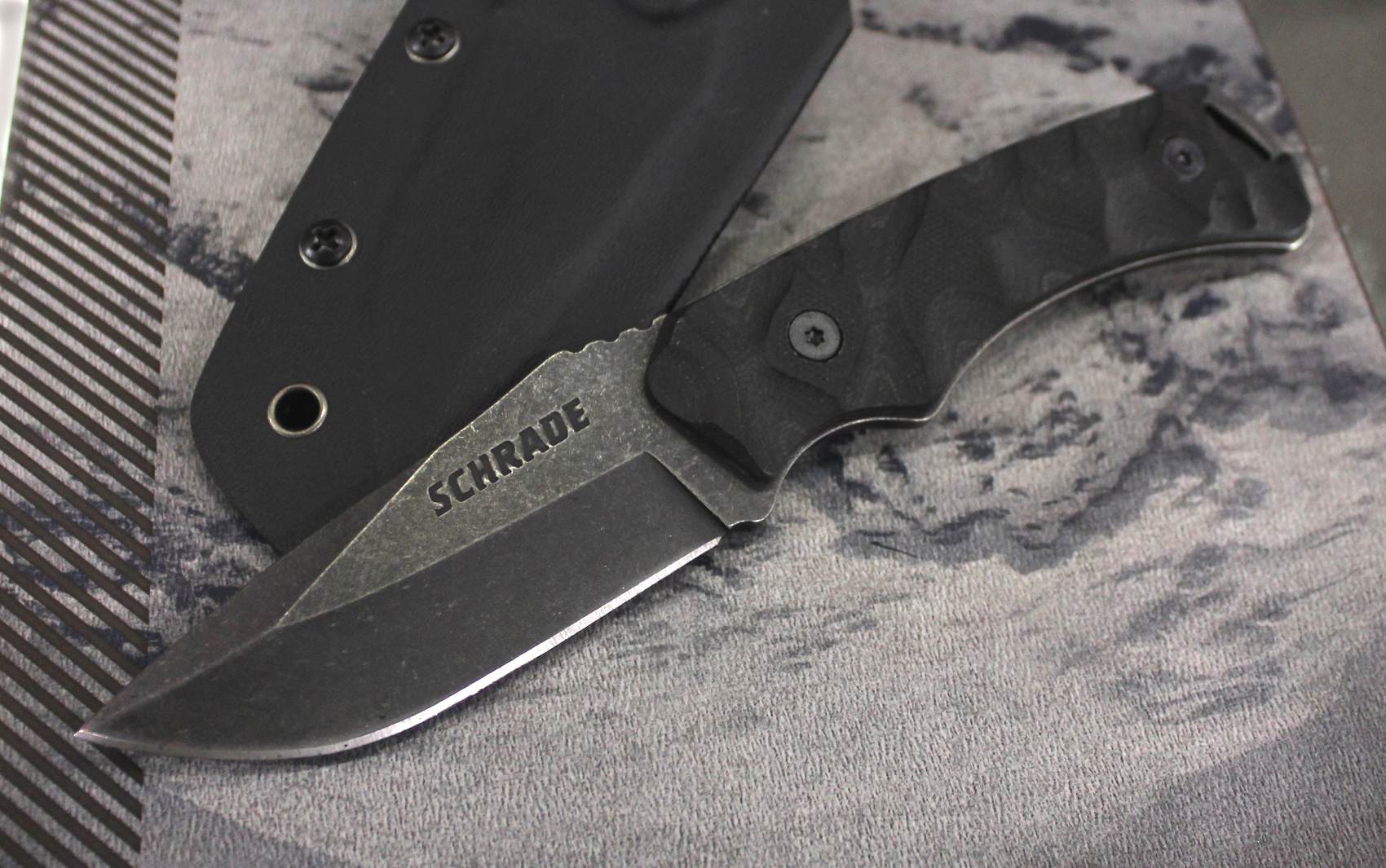 This striking knife from Schrade (Taylor Brands) is their SCHF14.  When I saw it at Blade Show, I joked to the rep that SCHF must stand for, I dunno, “Sh*t Can Hit the Fan?”  His face told me he was not amused.  Yeah, but I was.

One of my first SWAT knives was a Navy Mk3 knife that weighed at lease 14 ounces with its plastic sheath.  It was a beast and guys quickly shed it from their belts for more manageable cutters.  I think the trend toward smaller blades has continued and this Schrade SCHF14 looked like one I would hang from some tactical nylon.

The thing I really liked about this knife is the blackened stonewash of its 8Cr13 blade.  The look reminds me of a working patina on some blacksmith’s tool.  The finish adds some corrosion resistance to the high carbon stainless steel, but the visual effect just looks tough.  The drop point blade is 3.4″ long.  Sculpted black G10 scales are bolted to the full tang blade. 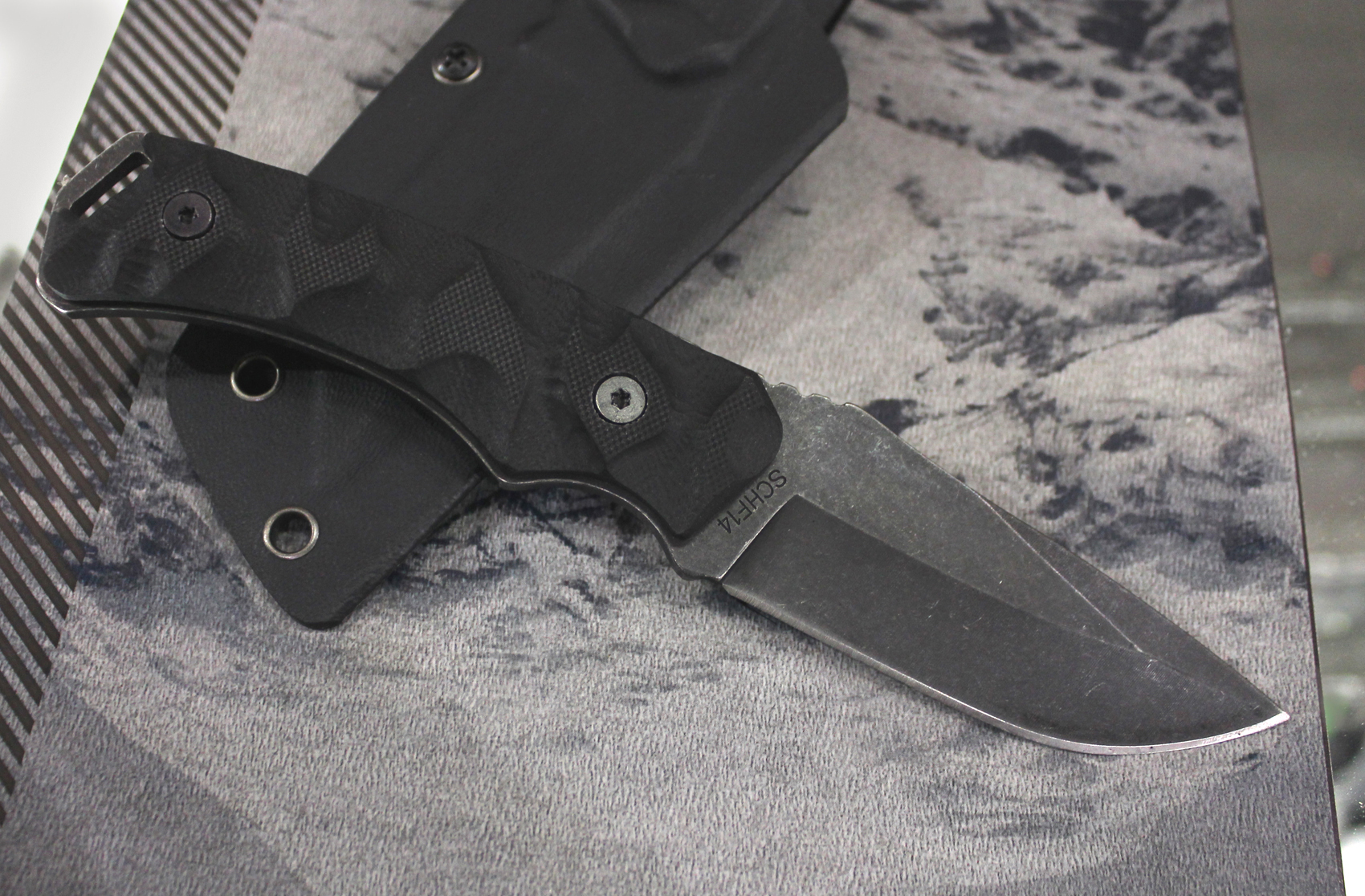 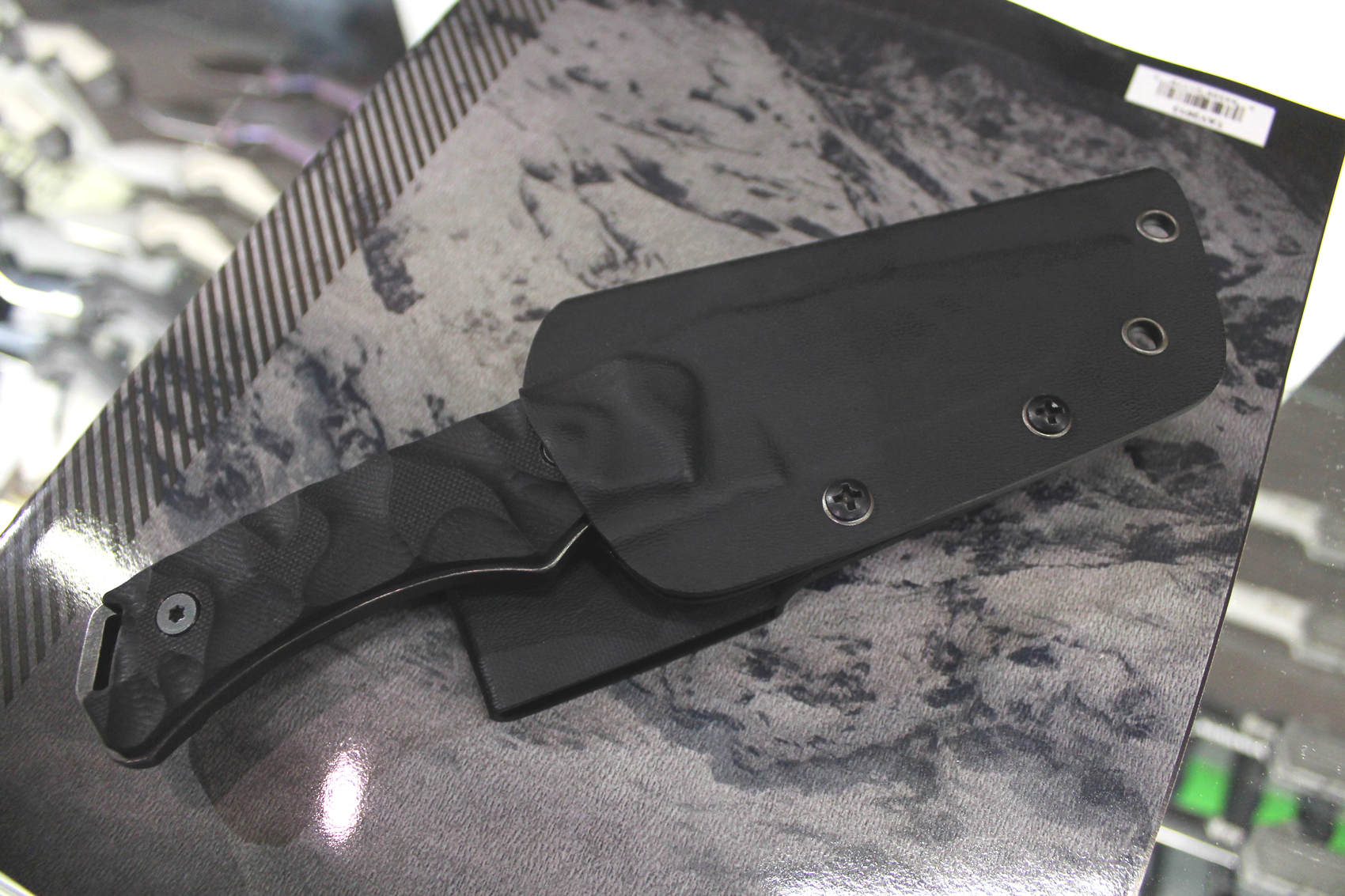 SCHF14 weighs in at 5.6 ounces.  Overall, it is 7.9″ long.  A lanyard slot is housed at the butt of the knife.  A very tight fitting thermoplastic sheath has multiple mounting options, though it would seem it is most at home on a belt.

For those of you who want a no-nonsense knife that will serve as a true user, this one will deliver on that for under $40.00.  They are shipping now.