How to Destroy a Police Agency 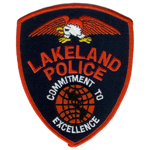 If you have not been following the dismal events at the Lakeland, FL Police Department, you should.  The bra-shaking incident, alleged falsification of official documents, a destructive on-going sex scandal, and the loss of confidence by 10th Circuit State Attorney Jerry Hill have made for a public relations train-wreck for this police agency.

Lakeland Police Chief Lisa Womack was even caught admitting that the department sometimes plays “cat and mouse” with the news media over public records requests, a statement which prompted the Lakeland Ledger to delve further into that issue.

Today, it was disclosed that the sex scandal involving 10 officers and a civilian crime analyst had burgeoned to perhaps 20 officers having either sex or improper relations with the female or others.  She is claiming, at the minimum, she was sexually harassed, and at most, she was forced into sexual situations.  No charges have been filed by Hill’s office.

I told my guys at Readoff the other day that this may seem comical to some, but it is certainly not funny to either the citizens of Lakeland, the elected officials, or the policemen who rightly honor their badges of office.

After more than one media drubbing at my copshop, officers have had to deal with the jokes, jeers, and outright hostility from citizens during their normal duty shifts.  Of course, this fades with time, but it can be vexing for those who put on the uniform and try to do the right thing by law, policy, and human decency each day.

There are already cries to disband the Lakeland Police Department and bring in Sheriff Grady Judd and the Polk County Sheriff’s Office.  Predictable.  Expect a cleaning of house at LPD and a change in command personnel.  We shall see if they weather the storm.

We must at all costs avoid the behavior that leads to this kind of public spectacle and tarnishing of our shields.  We are entrusted with a responsibility that cannot survive these knowing transgressions.  Soapbox dismount!

One Response to How to Destroy a Police Agency