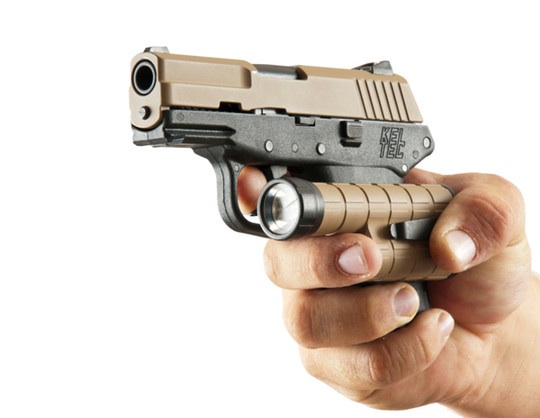 This is an image of the new Kel-Tec CL-43 flashlight that is a handheld aluminum-bodied, LED offering from the Cocoa, Florida gunmaker. The CL-43 boasts 420 lumens from a Cree XP-G LED emitter, running off three CR123 batteries. A rearward clicking button at the midpoint of the light switches the light-emitting diode on and off.

I was aghast when I saw this photo. Kel-Tec says, “The switch is operated like the trigger of a gun…” Sympathetic reflex activity in the dominant hand could easily lead to a negligent discharge in this grip. I see what they are trying to accomplish from an ergonomic standpoint, but under stress I believe this is a recipe for a rather unpalatable disaster.

Also of concern is the lack of contact between the fingers of the dominant hand and the grip of the gun. With the snappiness of the 9mm PF-9, shown in the photo, a two finger hold can result in an air-launched Roscoe.

Kel-Tec’s press info states, “If required, and with some training, the light can be operated one-handed together with the gun.” I think choice of the word “some” is interestingly vague in this context. 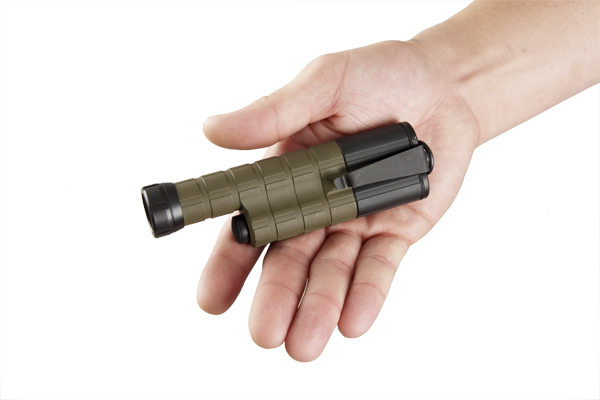 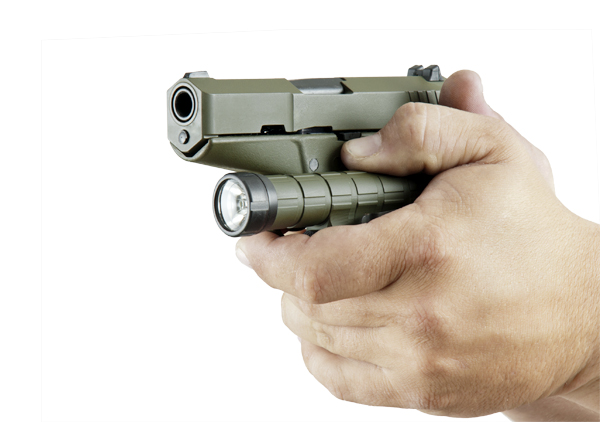 For $140.00 MSRP and considering its potential contribution to an ND, caveat emptor definitely applies.