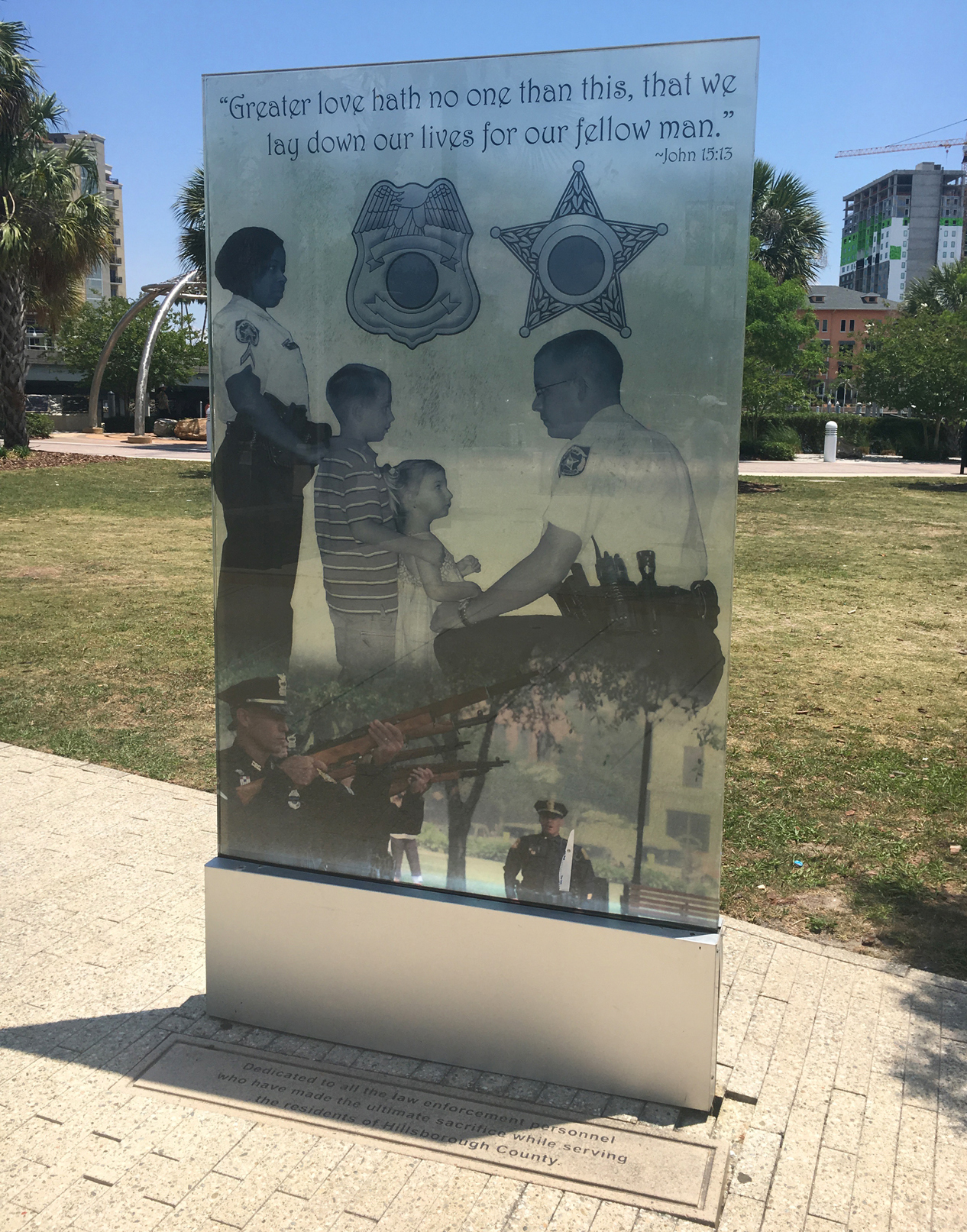 This week is National Police Week and the National Peace Officers Memorial Day was Sunday, May 15. The 35th Annual Memorial Service was held yesterday in Washington, D.C. It was fitting that I was able to visit Heroes Plaza along the Tampa Riverwalk over the weekend.

The Heroes Plaza was dedicated on Sept. 11, 2009. It honors all those in uniform who have made the ultimate sacrifice for our country–soldiers, airmen, sailors, police officers, fire fighters, and emergency responders. It was paid for by the City of Tampa and Hillsborough County.

Inscribed on granite plaques are the names of law enforcement and firefighters who have lost their lives on duty in Hillsborough County. There are quite a few. I know the stories of several of the fallen Tampa officers whose names I viewed.

Sgt. Gary Pritcher was killed while trying to help stranded motorists on I-4 in 1983. Ofc. Pritcher, who was struck by a hit-and-run drunk driver, was returning from SWAT Round-Up International in Orlando. The Pritcher Scramble event, one of the five team competitions at Round-Up, is named in his honor. 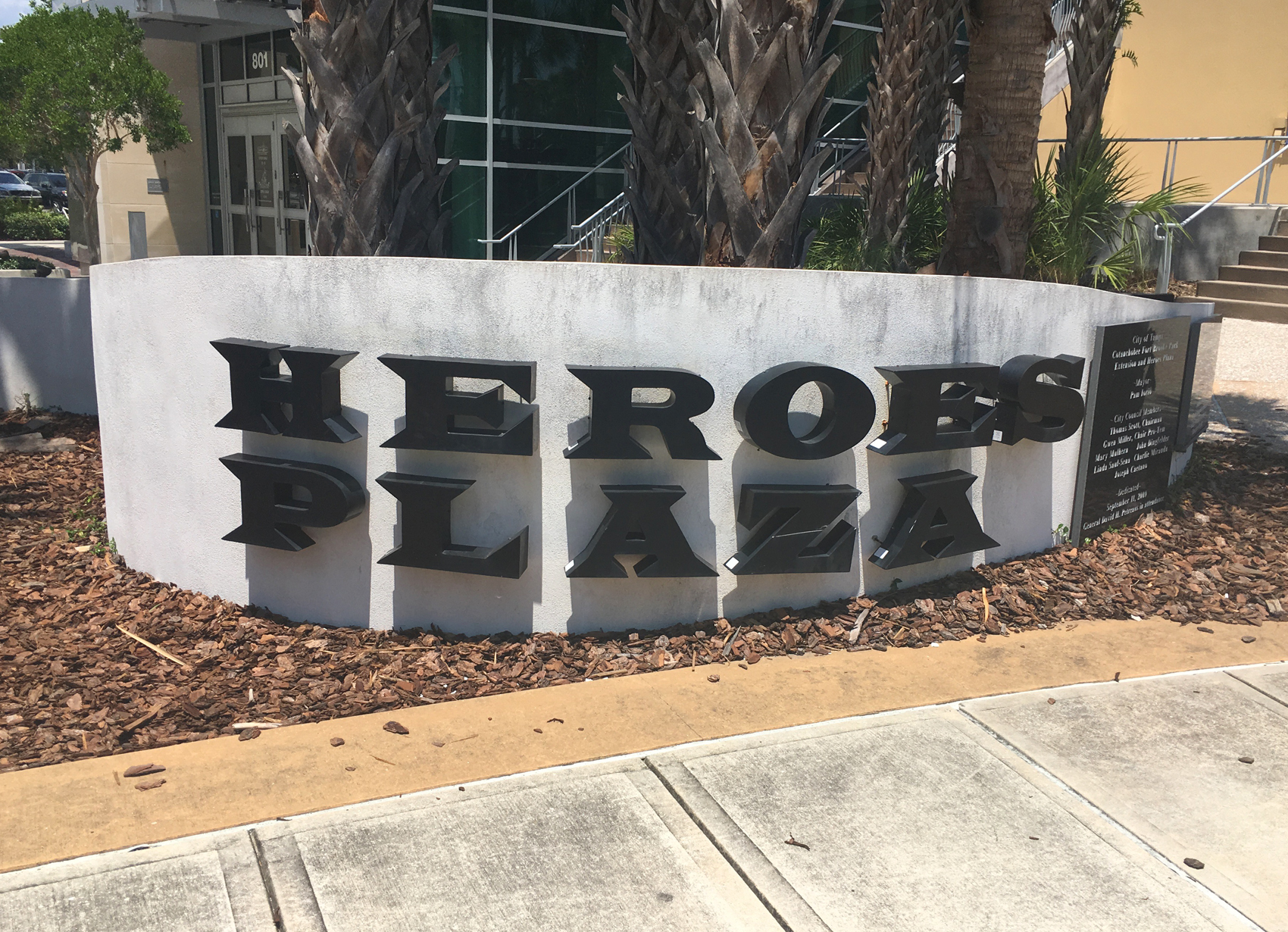 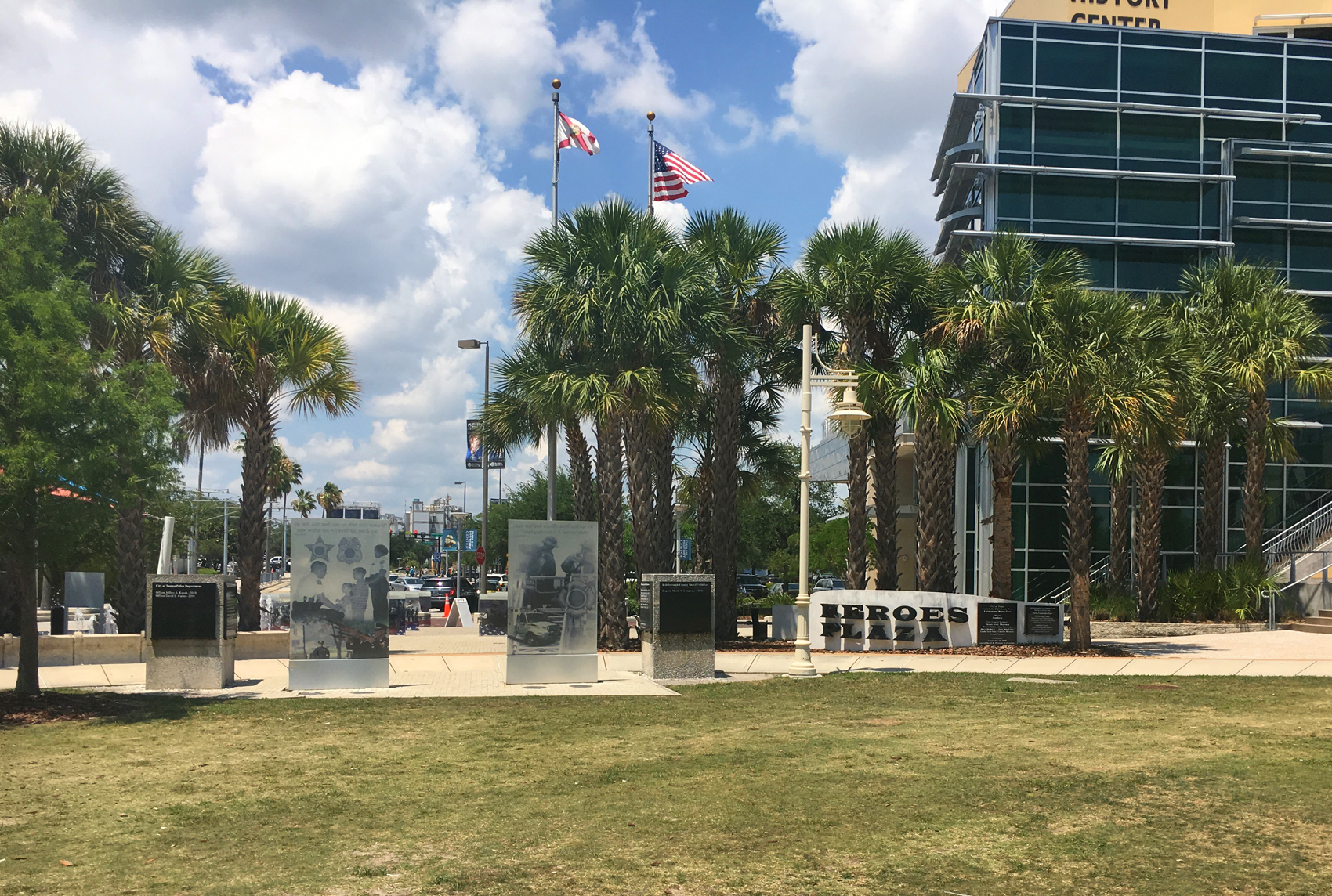 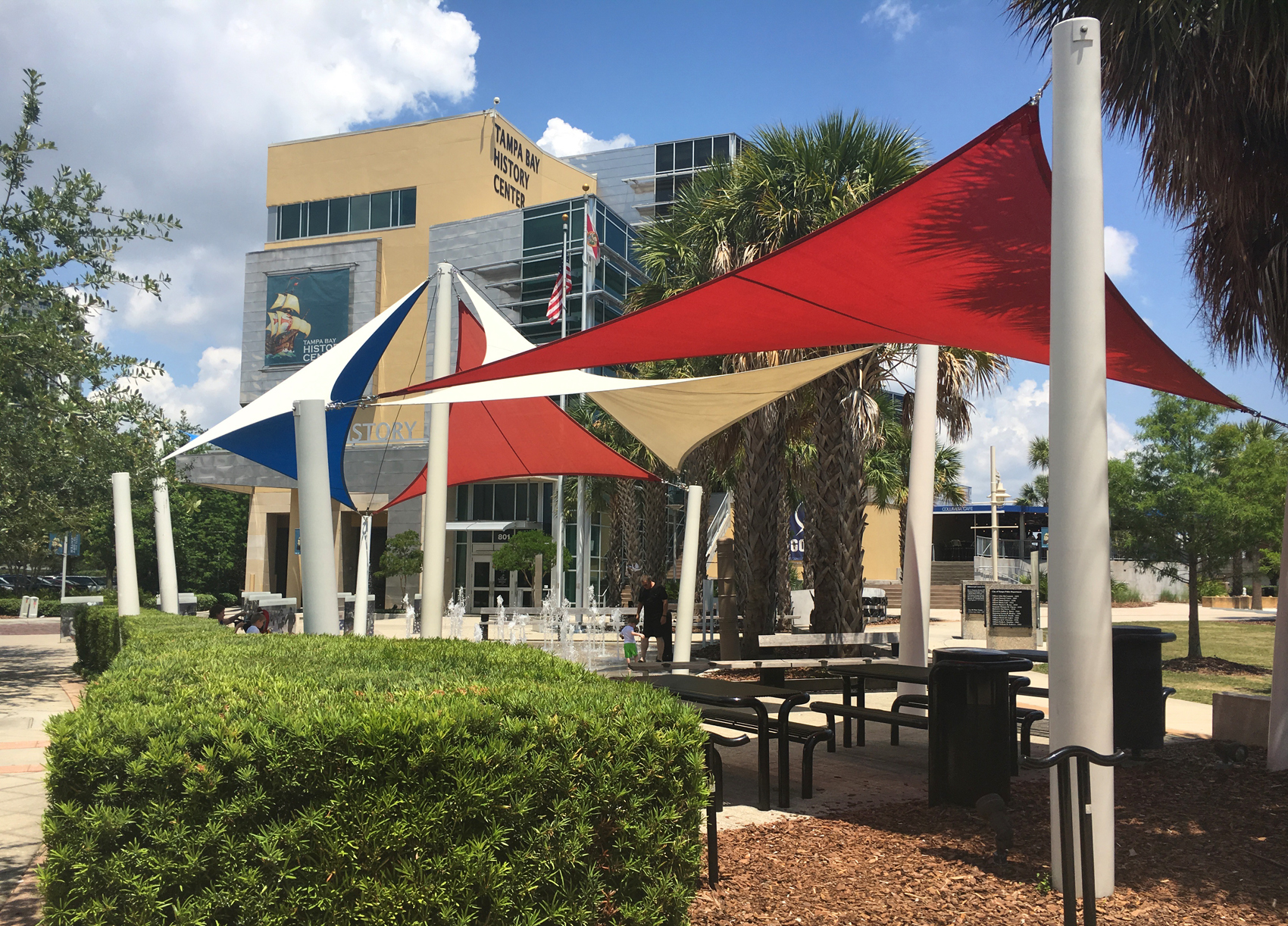 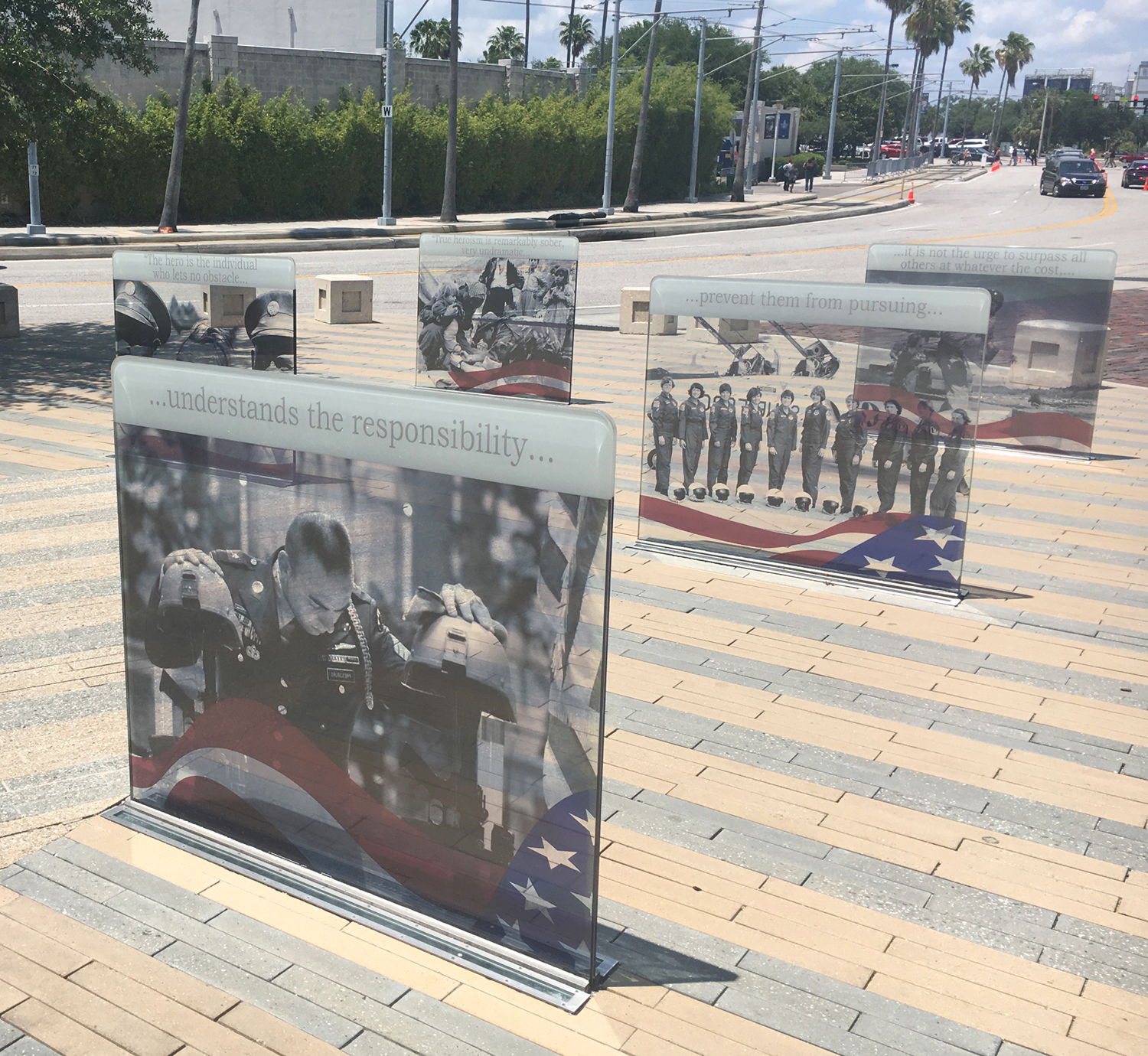 I met Ofc. Norris Epps out at Tampa PD’s Air Service hangar in late 1994. He was assigned there as an observer while waiting for his new K9 position and dog. He lost his life when the Hughes 500D helicopter he was flying in crashed into Tampa Bay while looking for a missing boater at the Howard Franklin Bridge.

It is hard to forget the tragic day in 1998 when Det’s Ricky Childers and Randy Bell were murdered. I was on duty in my cruiser when an urgent BOLO went out over the radio for the white Ford Ranger carjacked by Hank Earl Carr. Shortly after the BOLO was broadcast, Carr gunned down Trooper James Crooks on I-75. That was an especially sad shift. 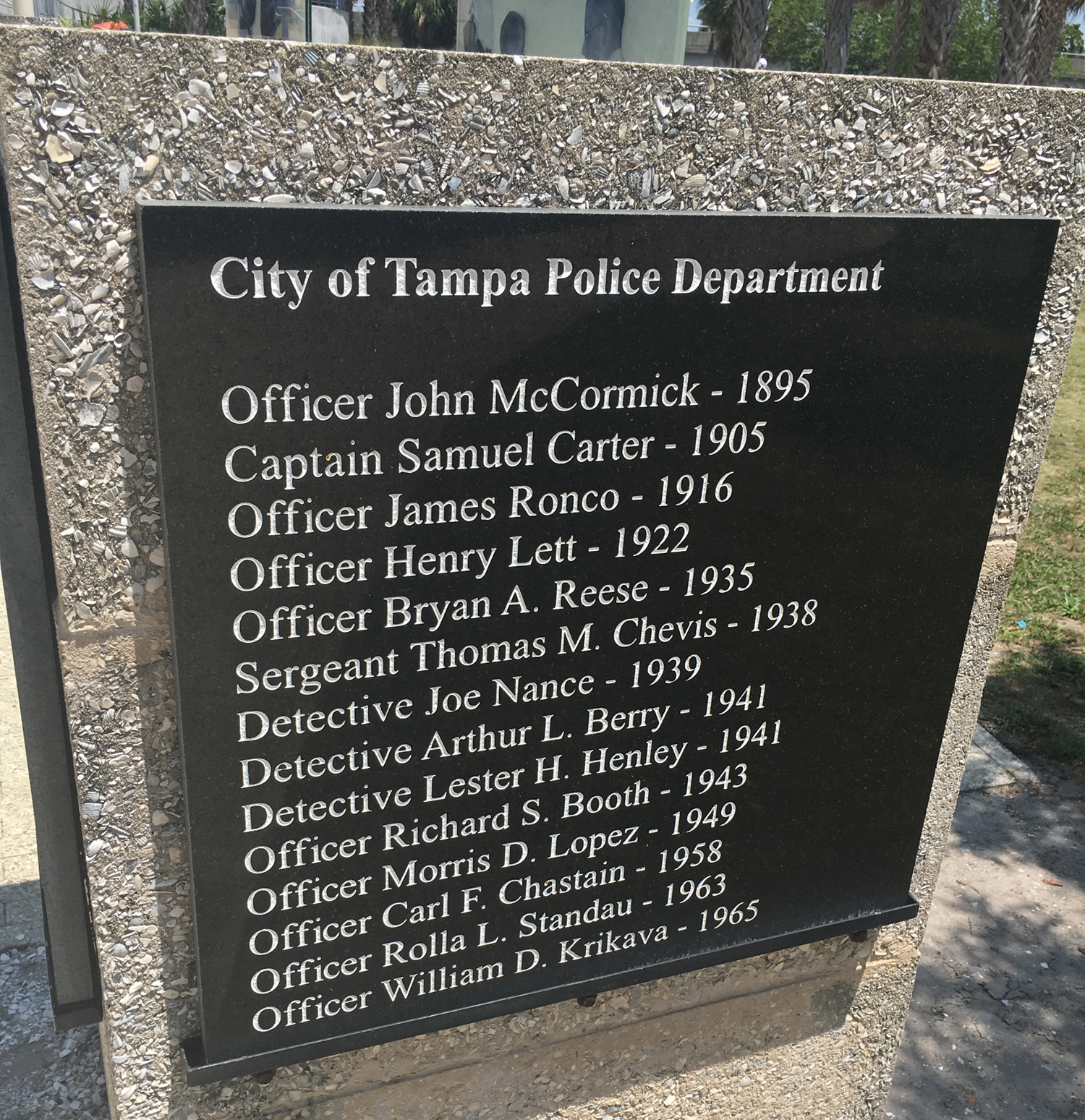 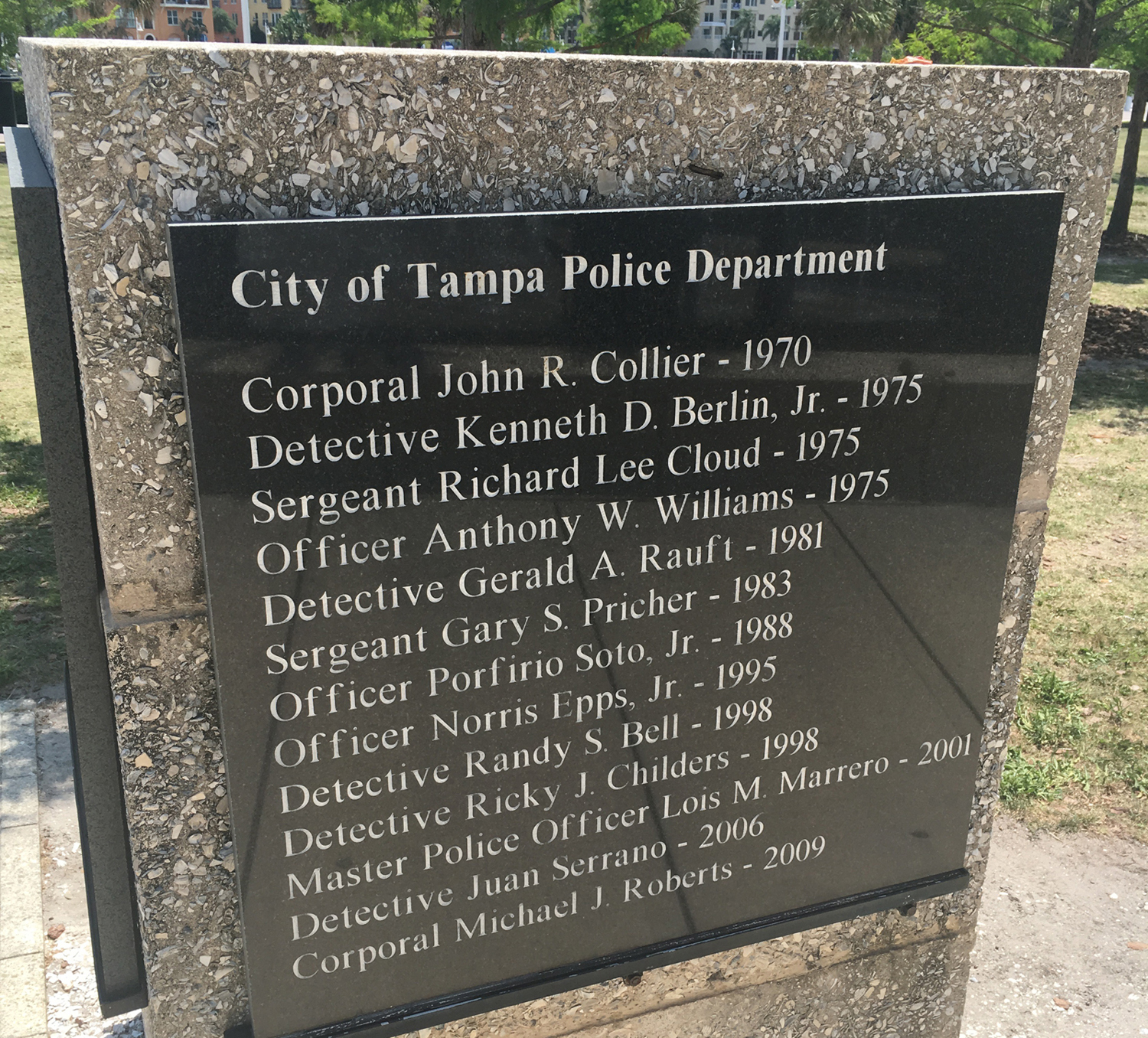 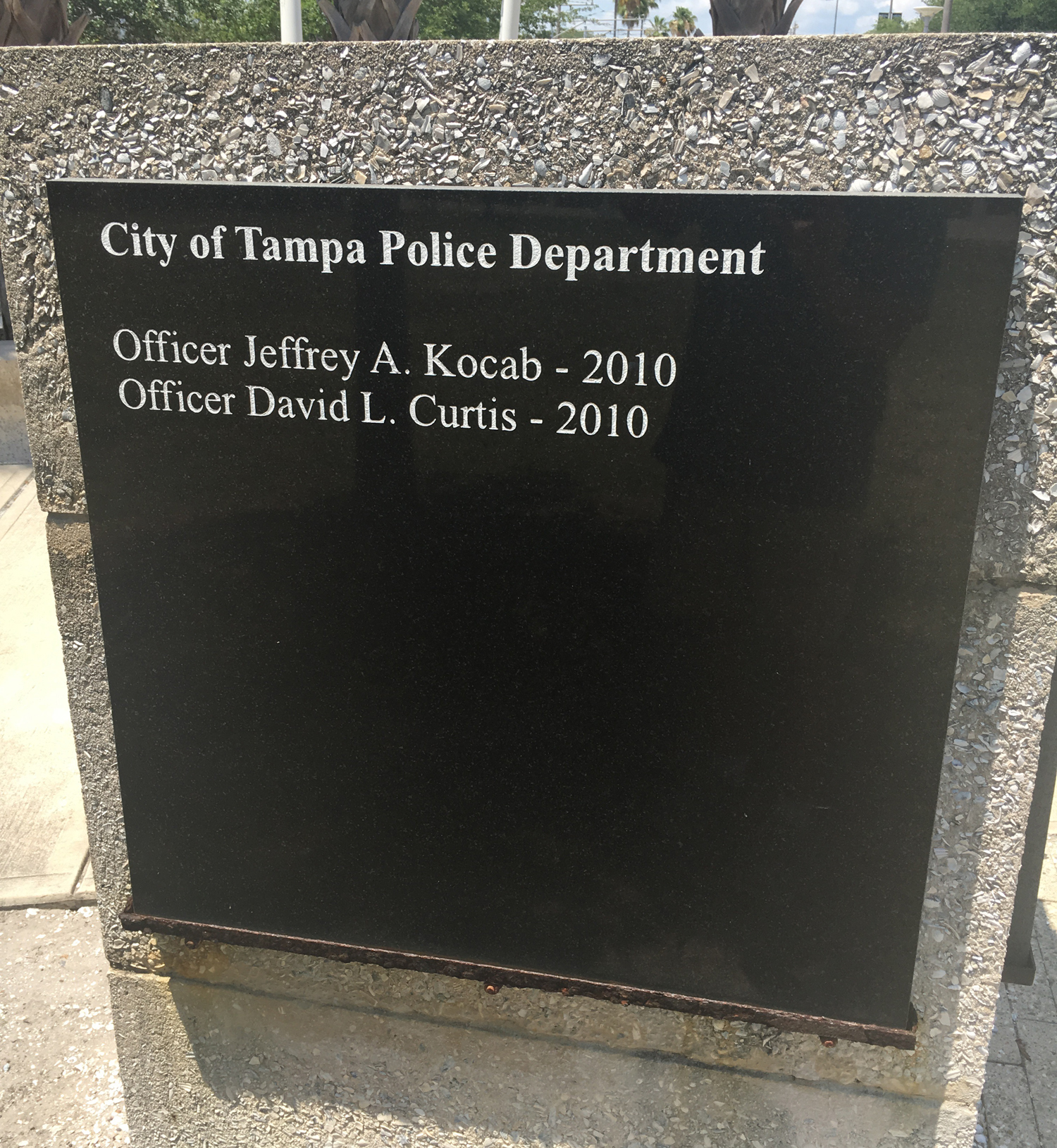 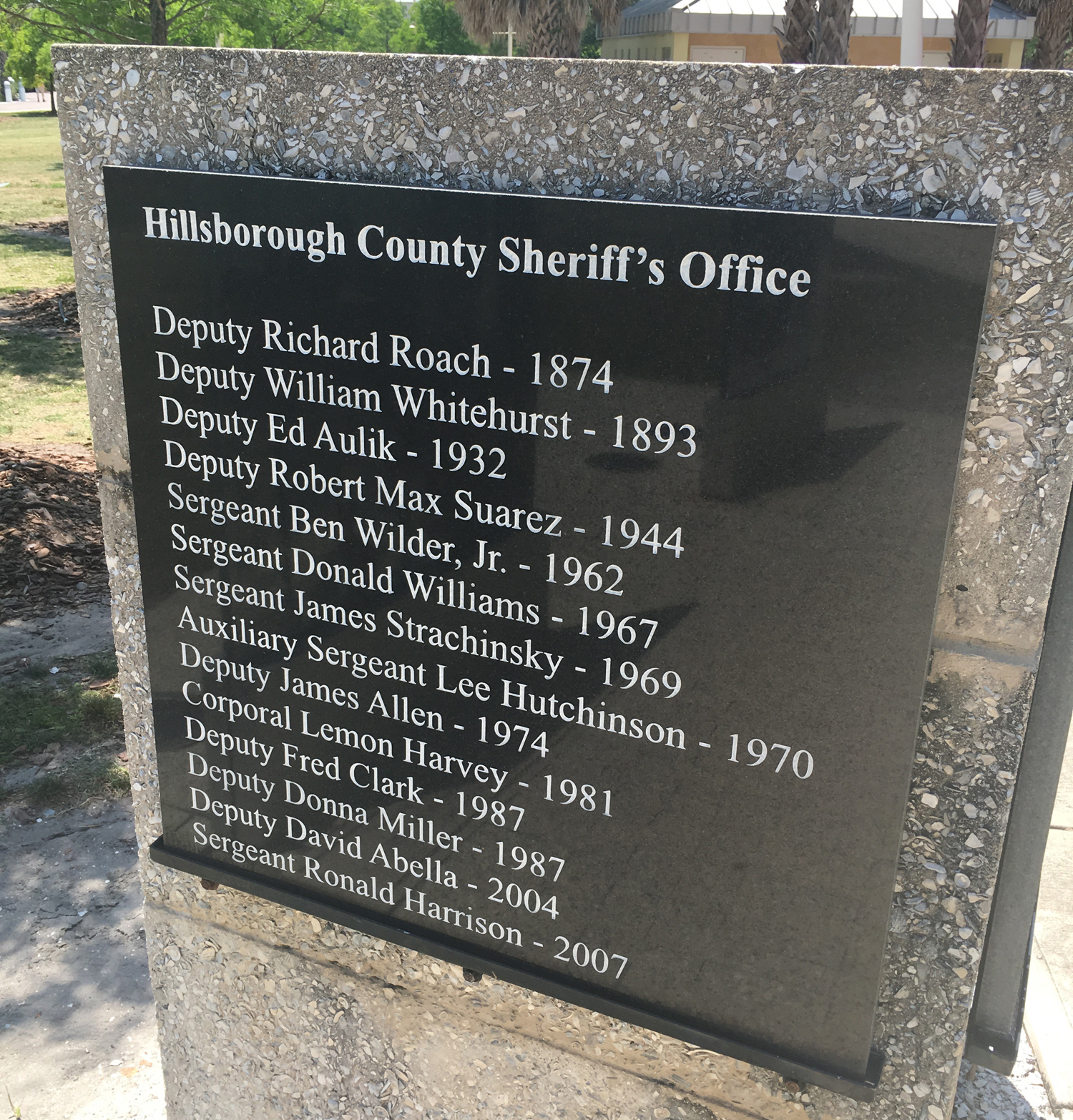 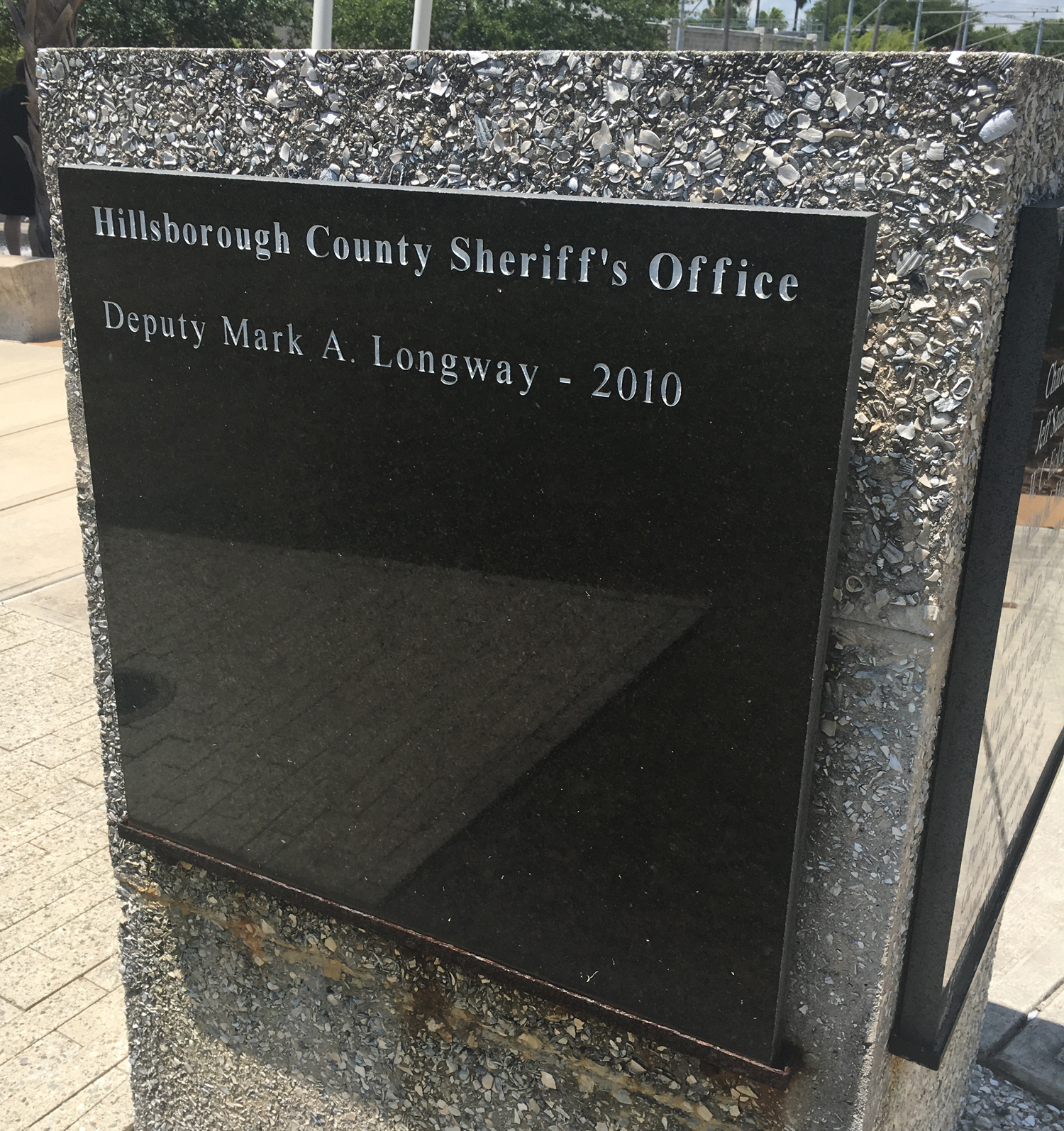 Standing in front of the memorial plaques at Heroes Plaza was sobering. I hope everyone finds a moment this week to reflect upon lives lost and duties fulfilled.

This entry was posted in Misc., Officer Down. Bookmark the permalink.