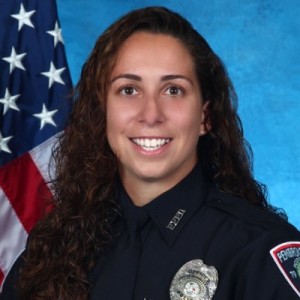 How would you feel if you were refused service at a restaurant solely because of how you looked? Apparently Sgt. Jennifer Martin of the Pembroke Pines Police Department knows the feeling.  An employee at an Arby’s declined to serve the uniformed officer.

Although the store manager provided her the food, he laughed about it and said his worker could decline to serve her.  Sgt. Martin asked for a refund.  Arby’s corporate issued an apology.  Dade County PBA called for a chain boycott and the employees’ termination.

Pembroke Pines Chief Dan Giustino said, “I am offended and appalled that an individual within our community would treat a police officer in such a manner.  It is unacceptable.”

While the incident is disappointing, it is not surprising considering the chilly climate toward law enforcement officers in the Mainstream Media.  For a refreshing counterpoint, check out Tim’s post on Gun Nuts Media titled, The Police Aren’t the Bad Guys.

Imagine what would happen if we based police service delivery on personal preferences…but, then, people expect us to be professionals.  Hey, if I were treated like this, I’d certainly wield my discretionary spending elsewhere.

Update:  Arby’s fired the manager and suspended the employee for two days.

This entry was posted in Misc., Street. Bookmark the permalink.

2 Responses to Arby’s Employee Refuses to a Serve Officer