Texas Teen Has Deputy’s Back 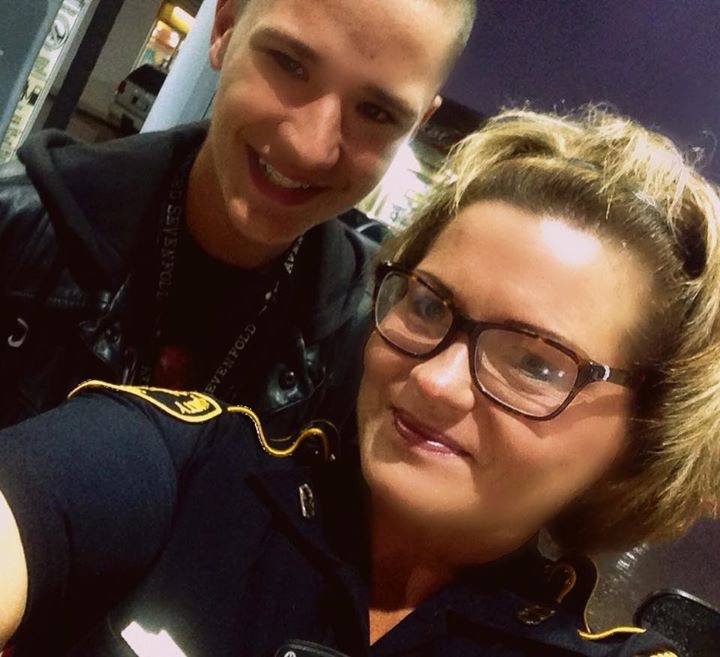 This photo and the text below were posted to Harris County, TX Sheriff’s Deputy Tommi Kelley’s Facebook page.

Tommi Jones Kelley
Ok, so EARLY this morning I was pumping gas in my patrol car (reason I look like a Hot Mess!)…& add it was pouring rain…
When this teenager I’ve never met before is standing right behind me & says, “ma’am, do u mind if I stand here behind you while u get ur gas?”
My initial response was “and why?”…
His reply, “to make sure You stay safe!”
Finished pumping my gas & he was still standing there, in the rain 😕.
He then just walked off & started to get into the passenger side of a car & I asked the driver if she was his Mom & indeed she was. I told her she has an amazing son & she said he wanted to make sure no one hurt me.
Yes, I’m the one with the gun on my hip while he stood there empty handed, but he for sure had my “6” while my back was turned.

With all the terror going on nationwide, this reassured me there are still some pretty awesome individuals out there!
Thank you for ur concern Mckinley Zoellner.

One of Kelley’s co-workers, Harris SO Deputy Darren Goforth, was murdered a week and a half ago while pumping gas.  Texas is leading the nation with ten law enforcement fatalities so far this year.  It is a tough time for Lone Star LEO’s.

Reading Deputy Kelley’s post really made me smile, especially after all the flak we have been enduring in the Media.  Good people like McKinley are out there.  It is important to be reminded that these are the folks we are sworn to protect and serve.