Murders Spike in Baltimore–Cause and Effect? 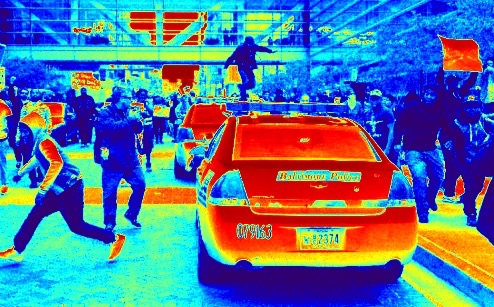 The number of murders in Baltimore during the month of May skyrocketed following the indictments of six police officers in the death of Freddie Gray.  Baltimore had 42 homicides in May 2015.  Of cities with comparable populations, Baltimore’s homicides top those of Boston, Denver, Las Vegas, Louisville, and Nashville–combined!  It is also eight more than in New York City, which has more than ten times the number of residents.

Since the indictments, arrests in Baltimore have dropped by 56% from the number of arrests in May of 2014.  Fingers are being pointed in all directions.  Residents have blamed the police for a lack of enforcement.  FOP Lodge 3, representing the Baltimore PD, says officers are “under siege” in all districts of the city and that they fear they will make an honest mistake on the job and be criminally charged.  The police commissioner says it is all a misunderstanding.

With the Baltimore Police hamstrung by governing bodies and the criminal element empowered, a storm of civil disfunction churned record violence in the damaged city. Leaders inexplicably asked FEMA for tens of millions of dollars in “disaster relief”–in the wake of their own regrettable decisions.  FEMA slammed that door in their faces.

The cause for Baltimore’s murders comes from a host of social ills, real and imagined.  The effect is forty casualties.  In the bigger picture, it would seem that many inner cities are just one police shooting away from being the next darling of the 24-hour news cycle.  I hate to say it, but we are a long way from the post-9/11 appreciation citizens felt for their local peace officers and farther still from the respect people used to have for peace.

One Response to Murders Spike in Baltimore–Cause and Effect?