At SHOT Show 2015’s Industry Day at the Range, I wandered over to the far south end of the festivities, as I usually do, to start a methodical perusal northward.  The first booth on the right was that of the Standard Manufacturing Company, a branch of the Connecticut Shotgun Manufacturing Company.  Their DP-12 was garnering much attention.

The DP-12 is a double-barreled, pump-action bullpup 12 gauge shotgun.  Since it is akin to marrying two pumps side-by-side, the gun was built to be completely ambidextrous.  There are thumb safeties on both sides.  Loading in done through a bay behind the handgrip.  The receiver is made from a solid block of forged 775 aluminum billet.

The single trigger of the DP-12 fires the right barrel on the first pull, then the left barrel on the second pull.  Hulls are sent downward via the loading/ejection port.  This shotty fires 2 3/4″ or 3″ shells of shot or slug.  With two magazine tubes holding seven rounds each and the chambers loaded, the total capacity for the DP-12 is a staggering 16 shots! 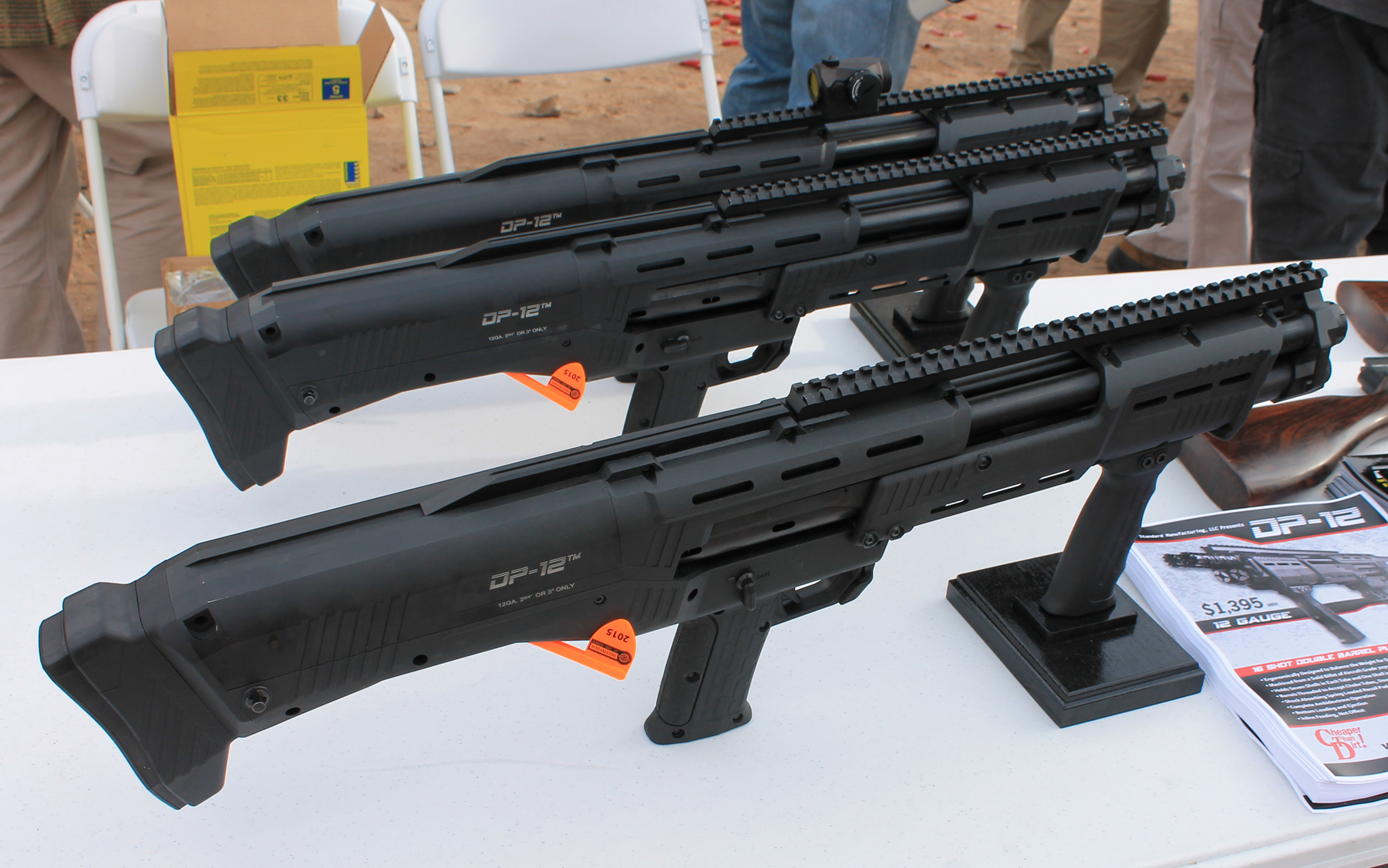 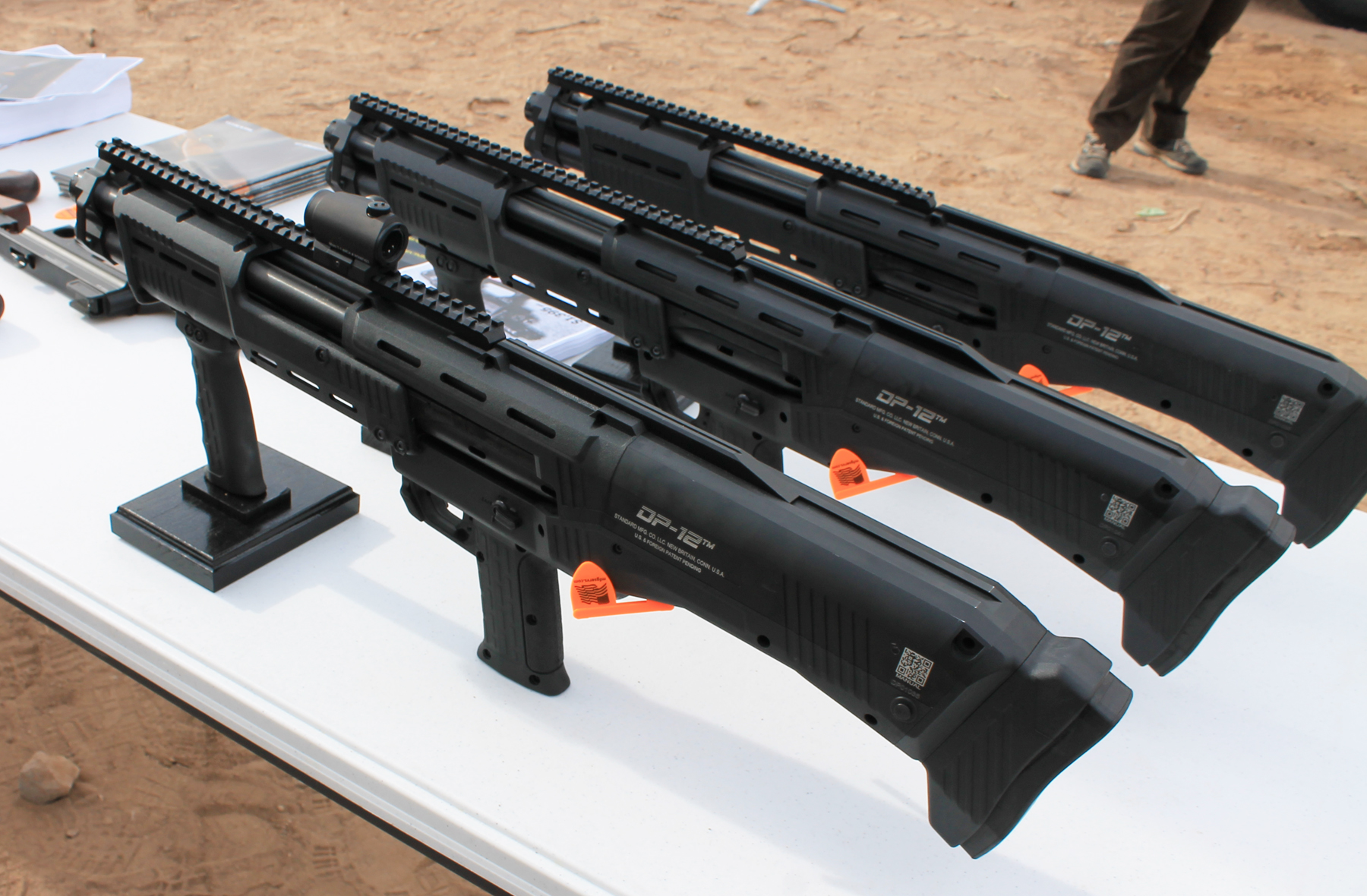 With interchangeable choke tubes and a length of Picatinny rail on its dorsal surface, the DP-12 has room for upgrading.  It also comes with sling mounts.  An innovative tech feature of the gun is the QR code on the left rear of the stock that allows the user to access the operating manual, a troubleshooting page, and gun specifications on a smartphone. 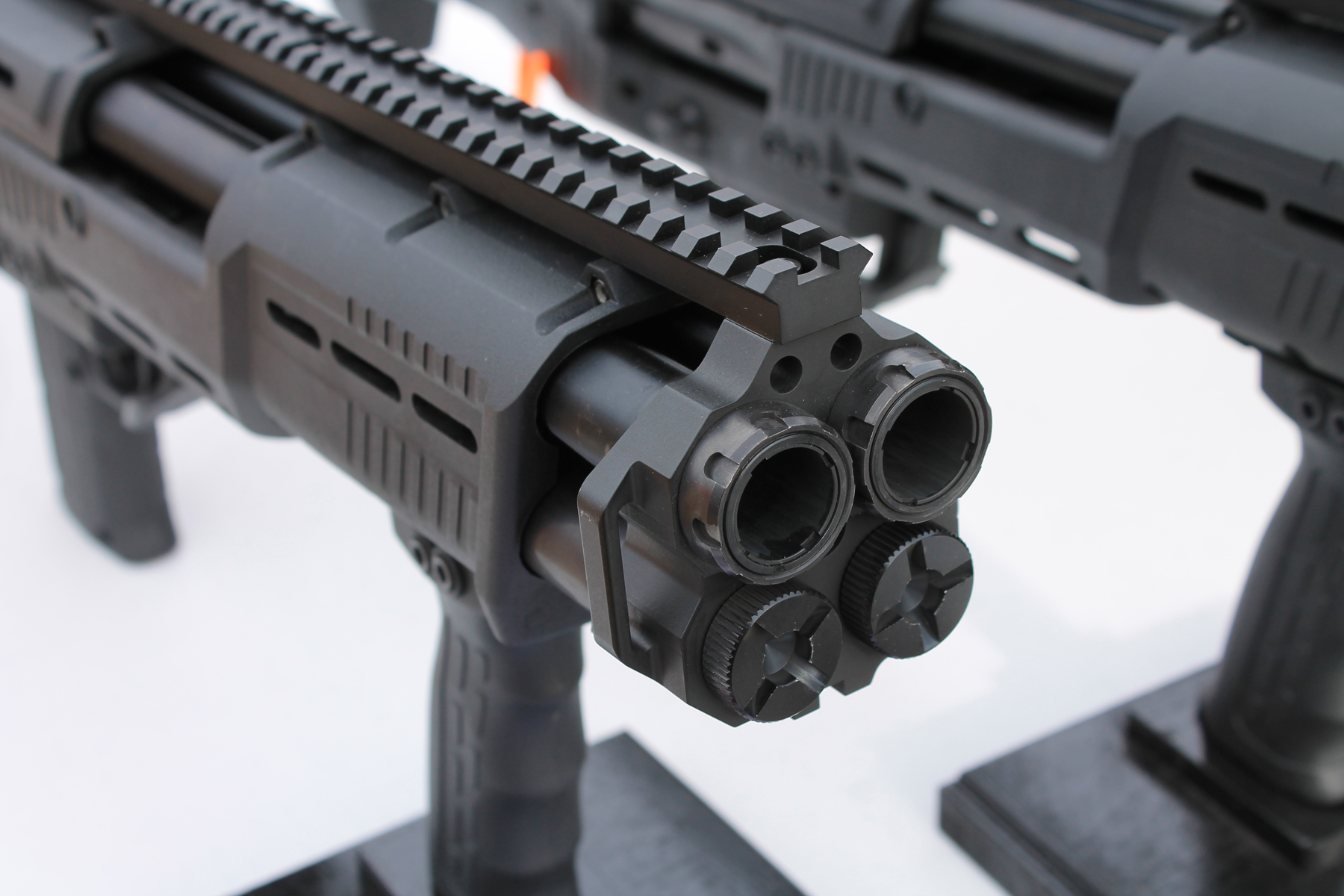 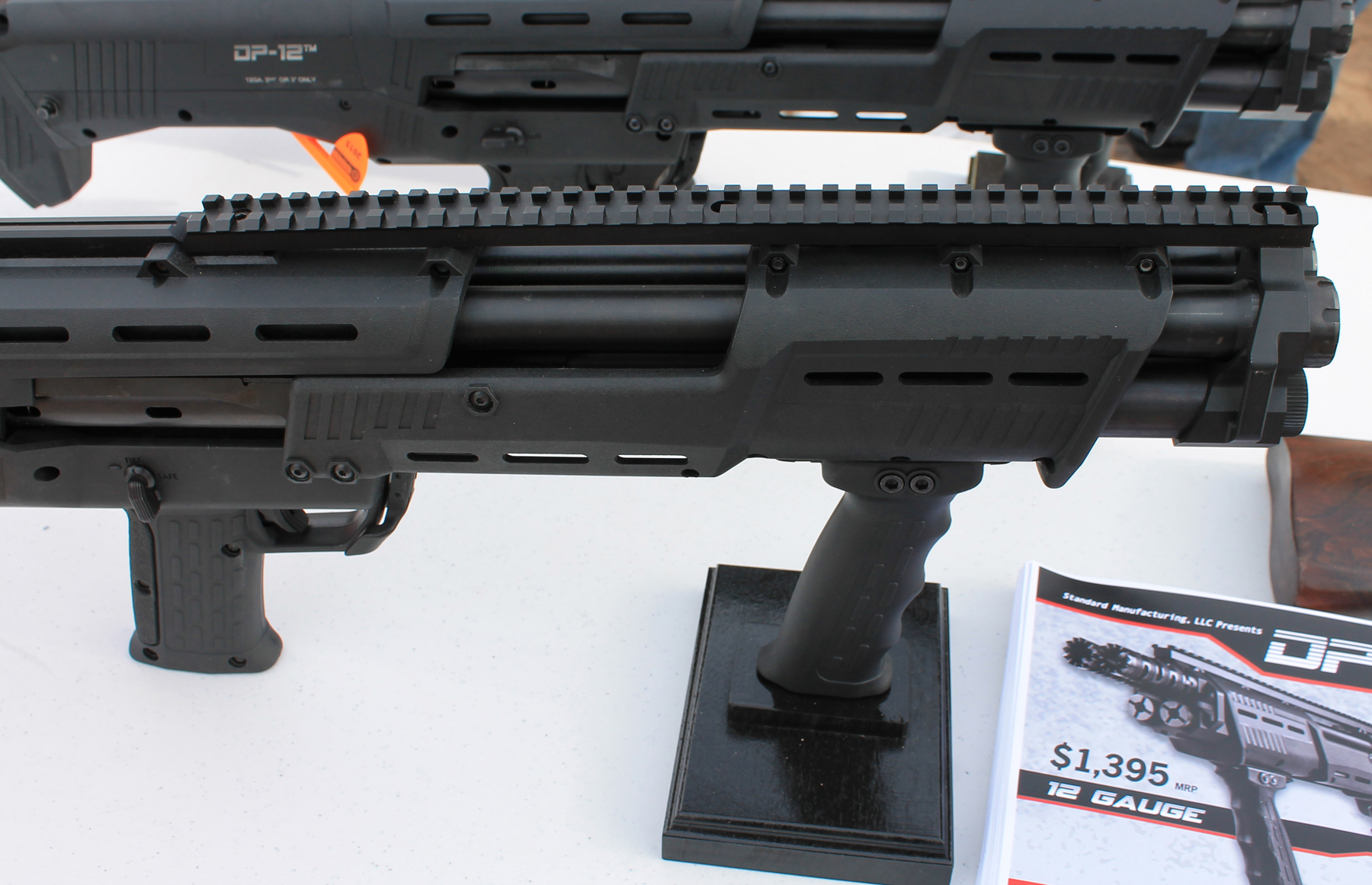 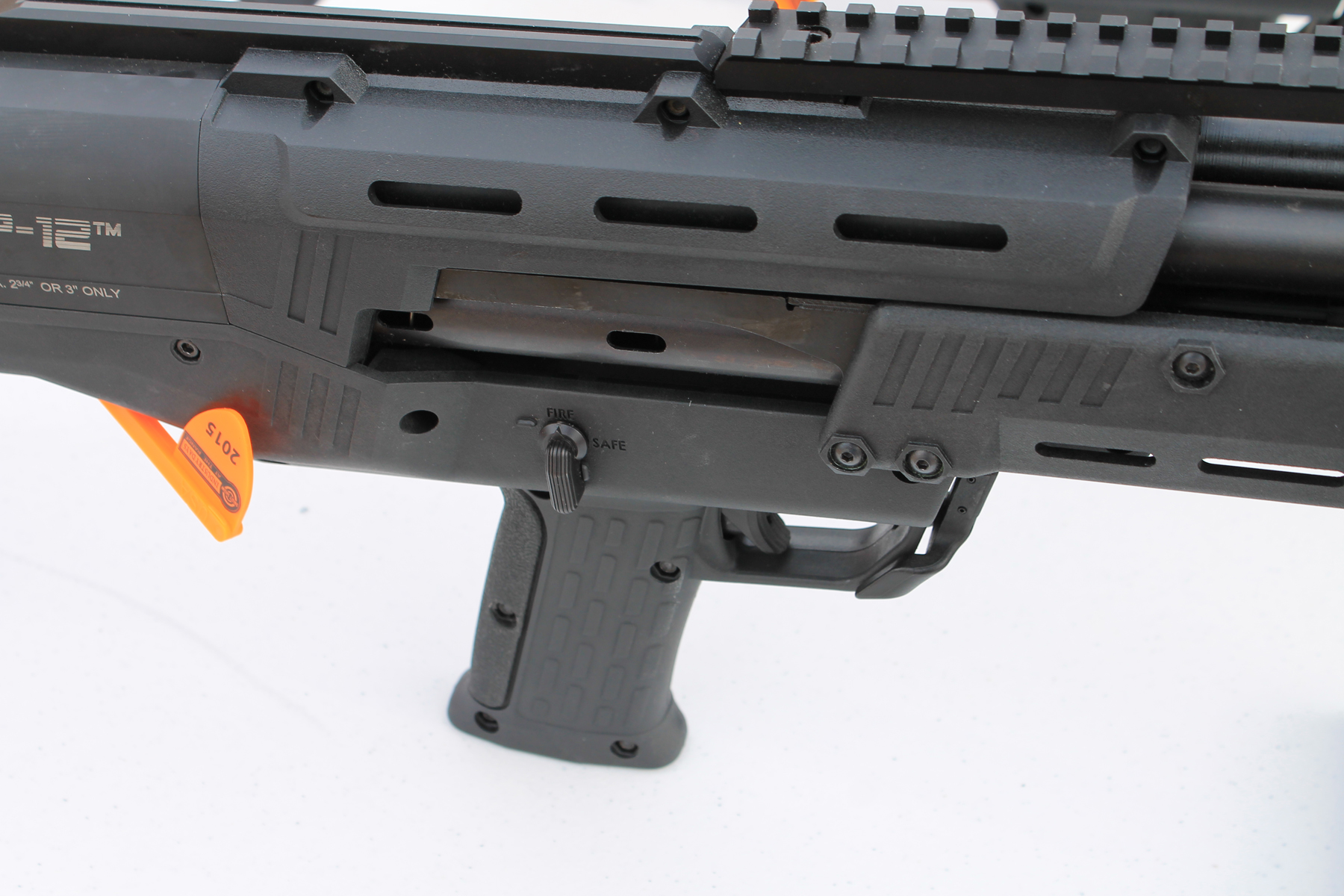 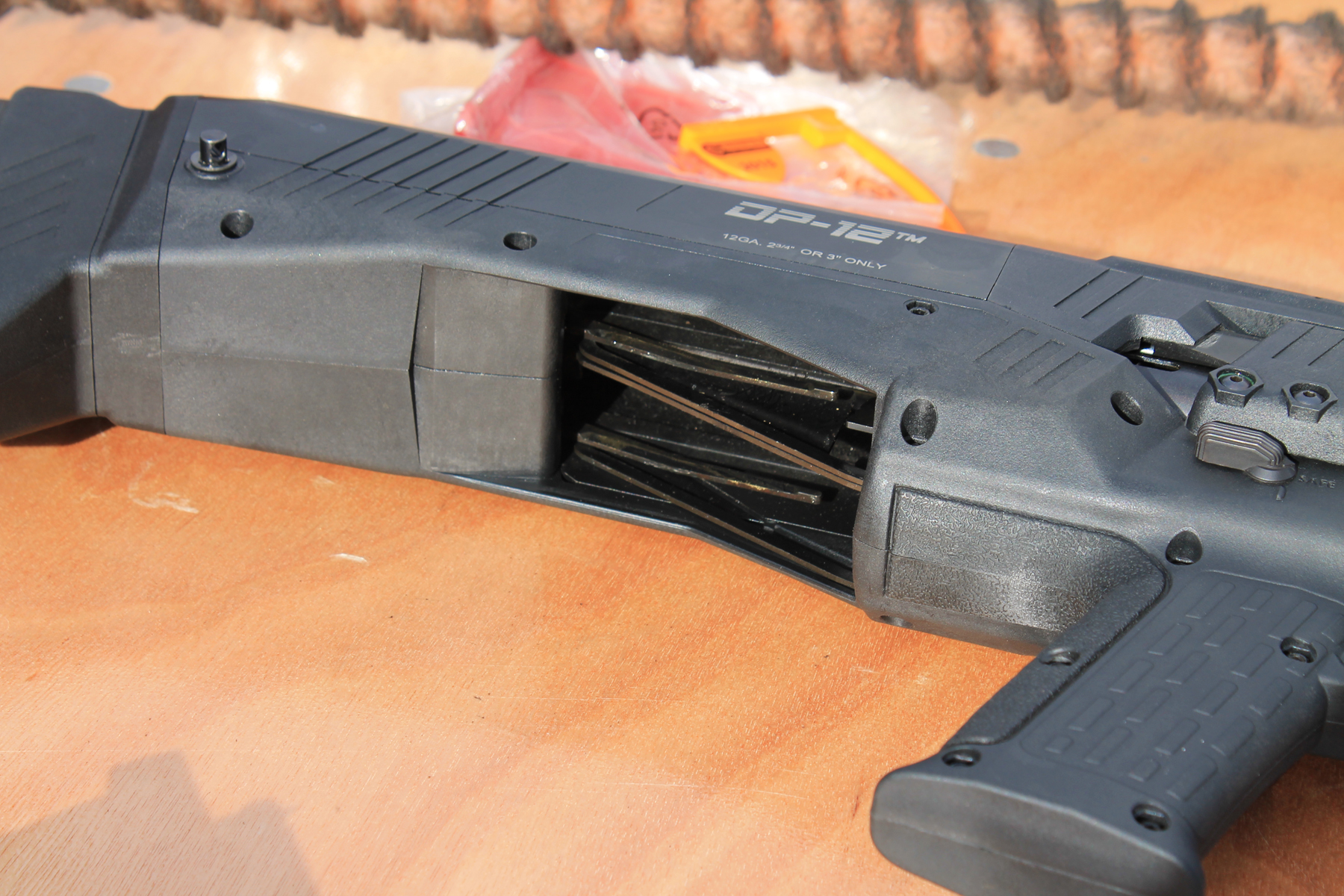 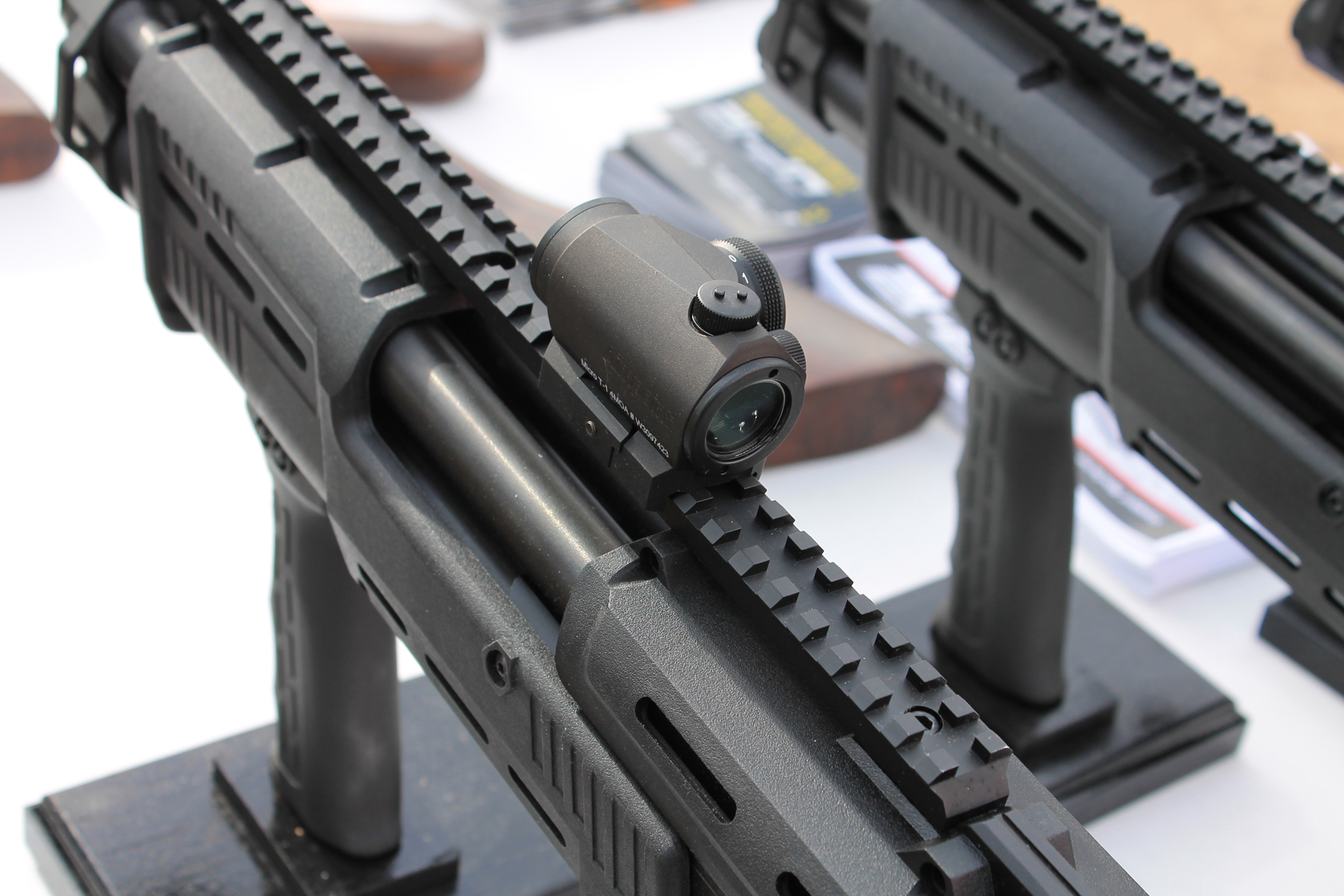 Because I was in a rush to push on to other booths, I manipulated an unloaded DP-12, but, sadly, I did not have the patience to stand in line to shoot one.  I did get video of another guy at the trigger, though.  He accidentally short-stroked the pump at one point, but in his defense, since you are clearing two tubes at once, racking the DP-12 should be done fully and with authority.

This entry was posted in Firearms and tagged Bullpup Shotgun, SHOT Show. Bookmark the permalink.