More Photos from Industry Day at the Range 2015 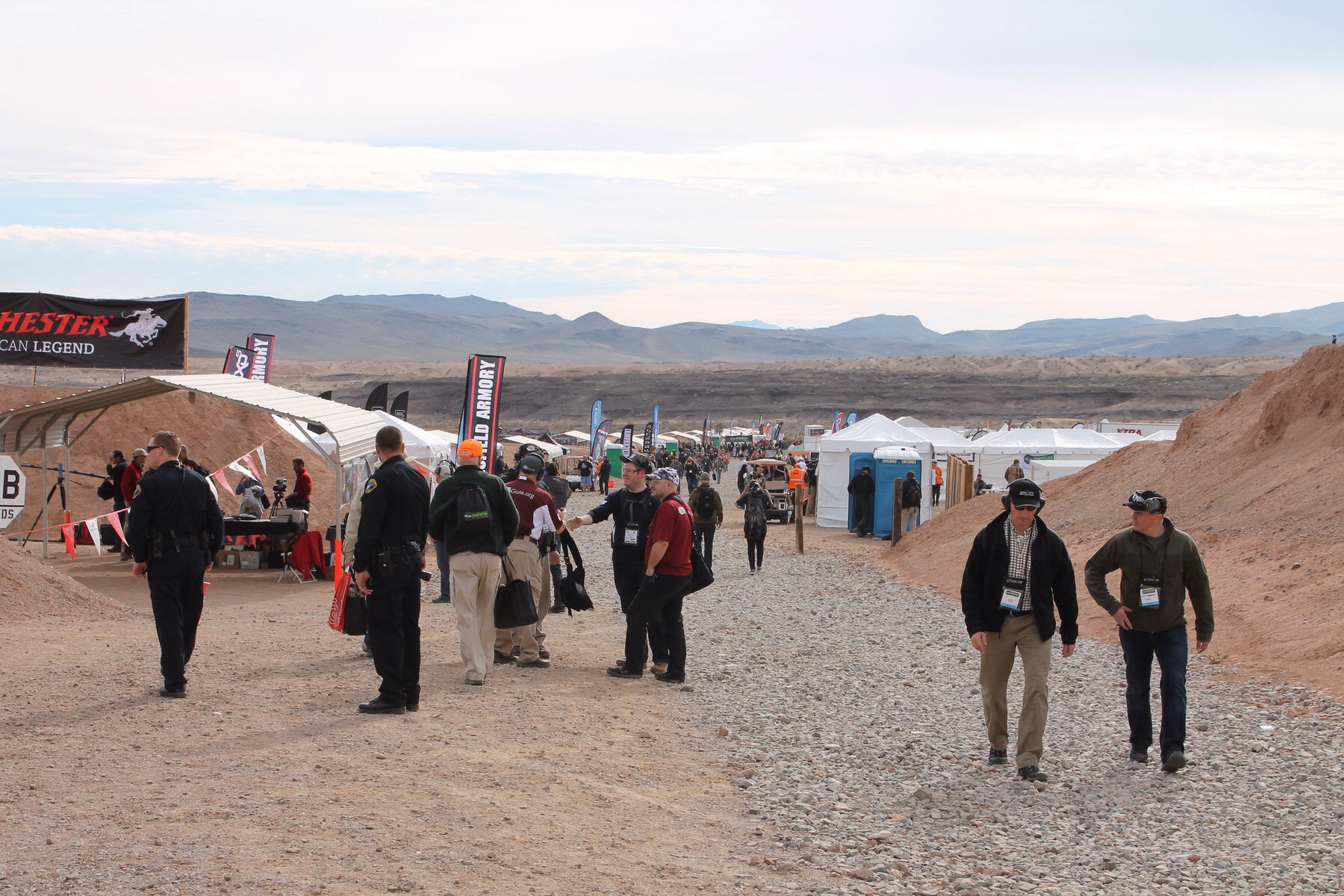 I thought you might enjoy some random photographs from Industry Day at the Range. 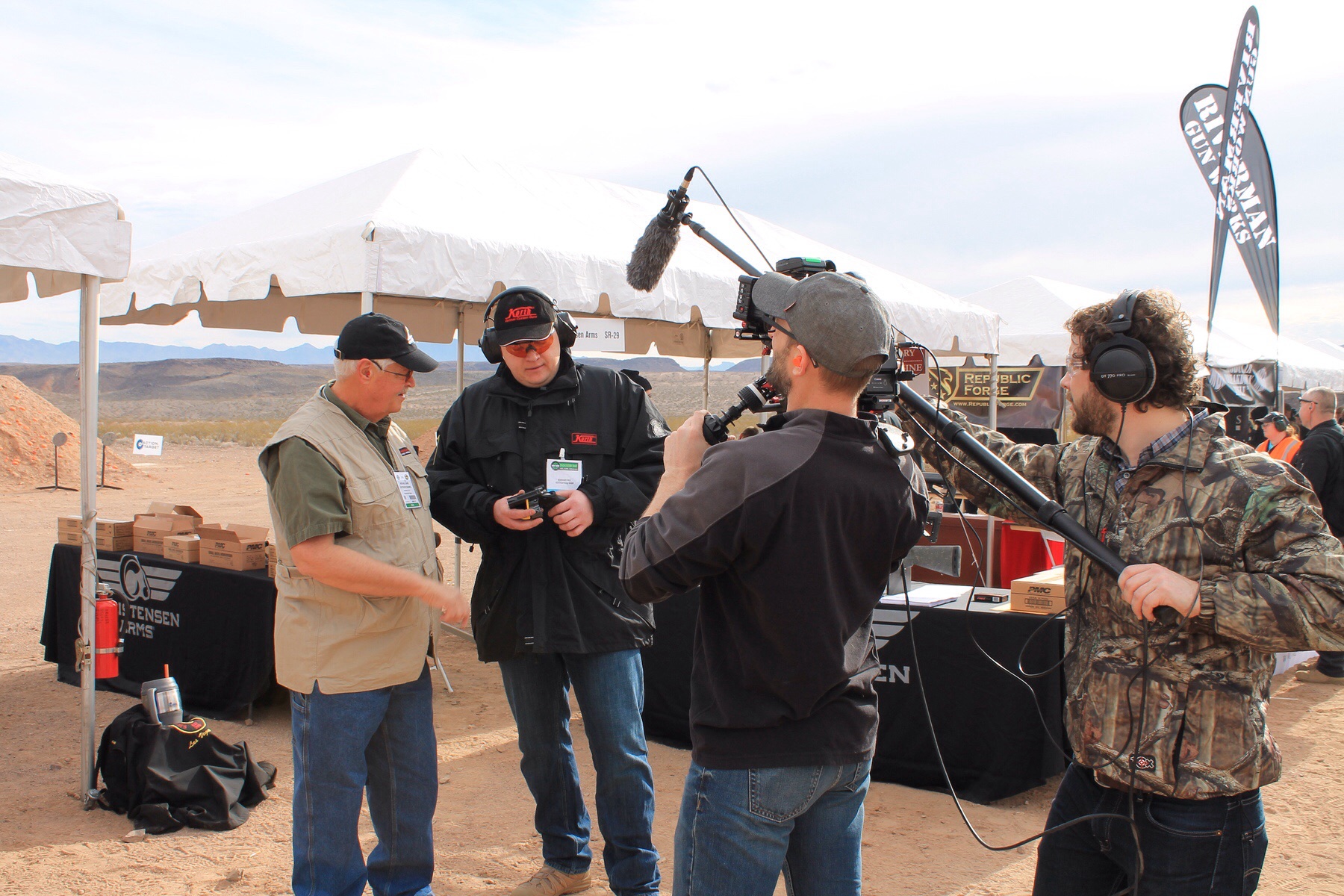 Michael Bane films a segment for Shooting Gallery at the Korth display. 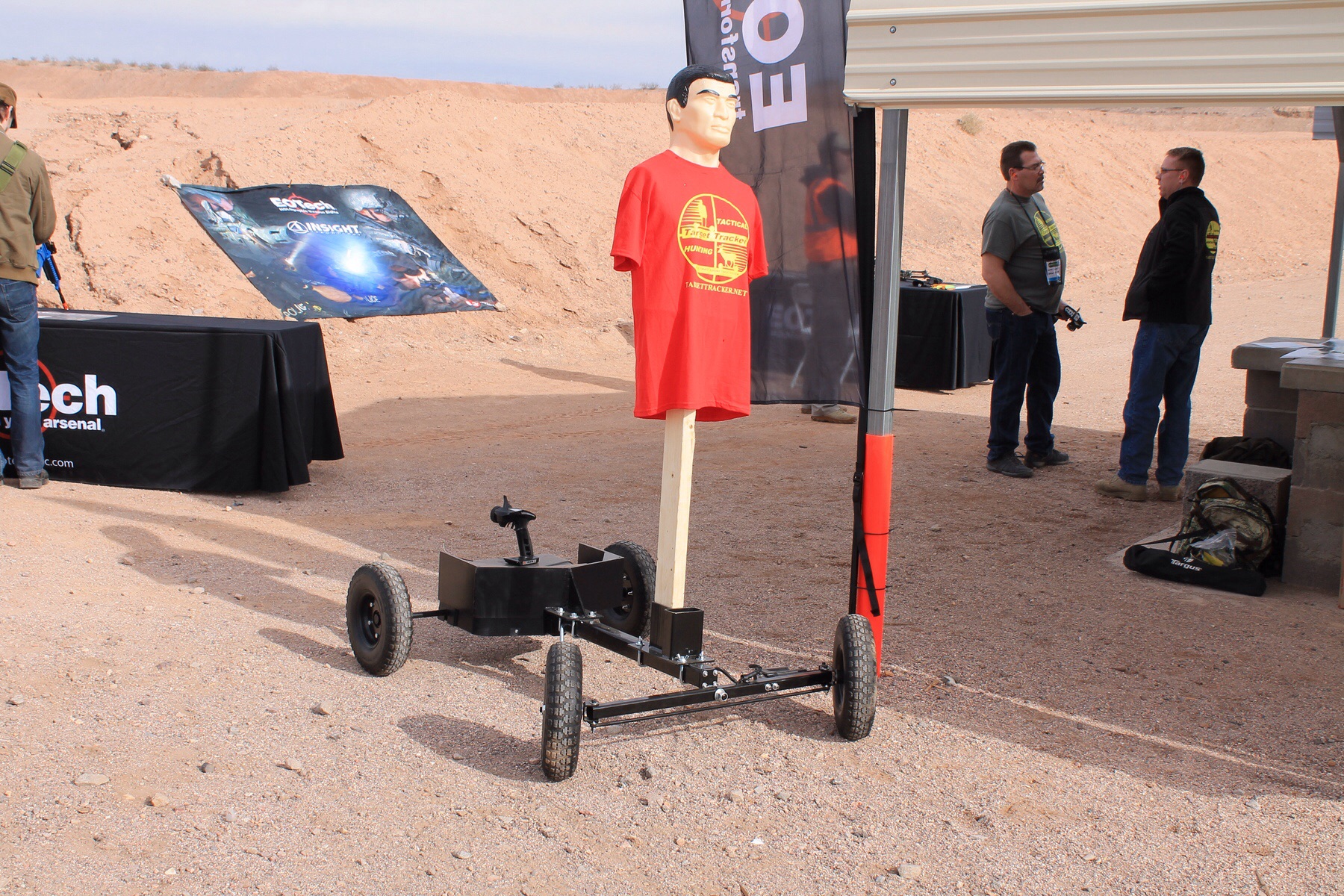 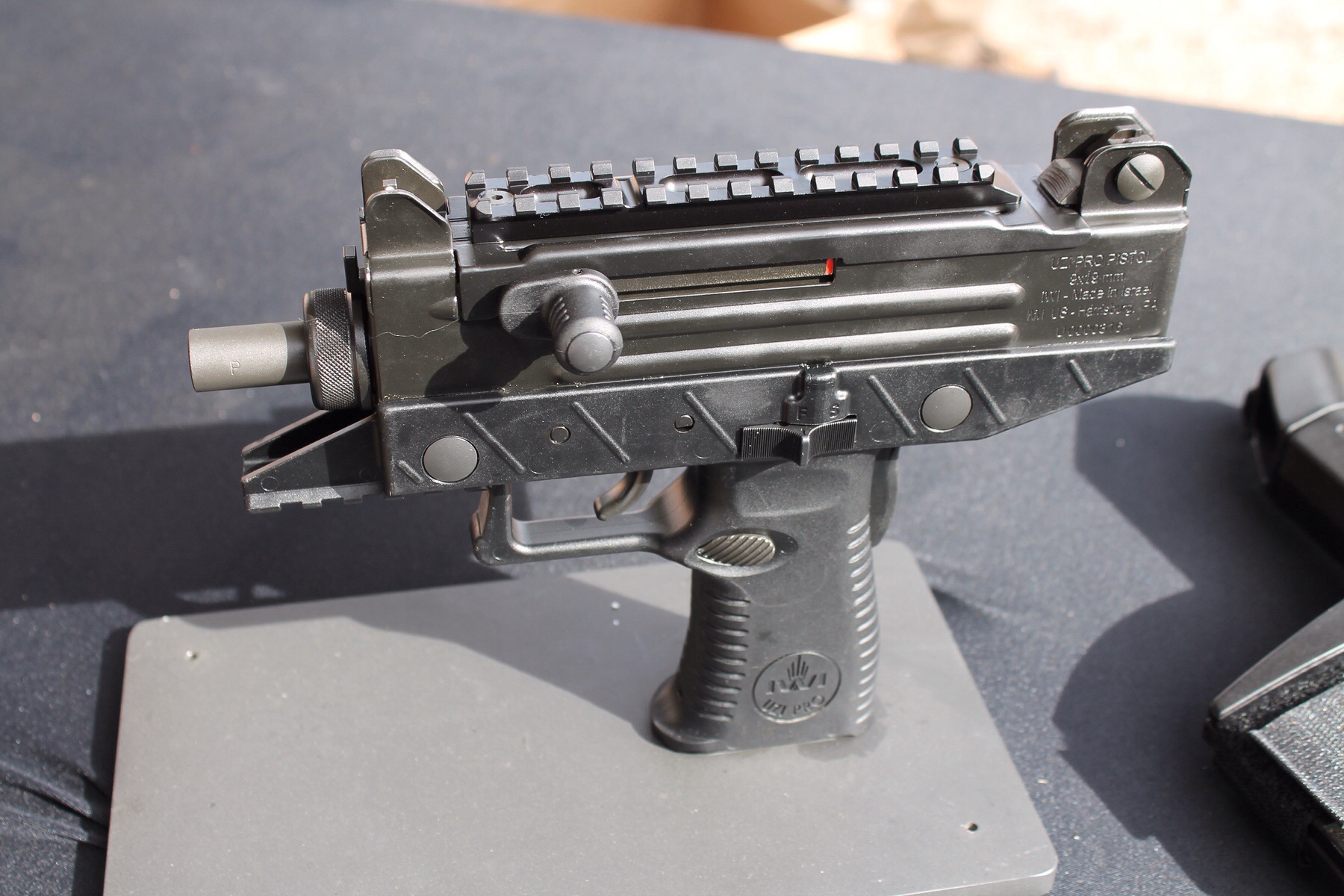 Micro-Uzi on display.  I didn’t get to shoot it, though.  Dang. 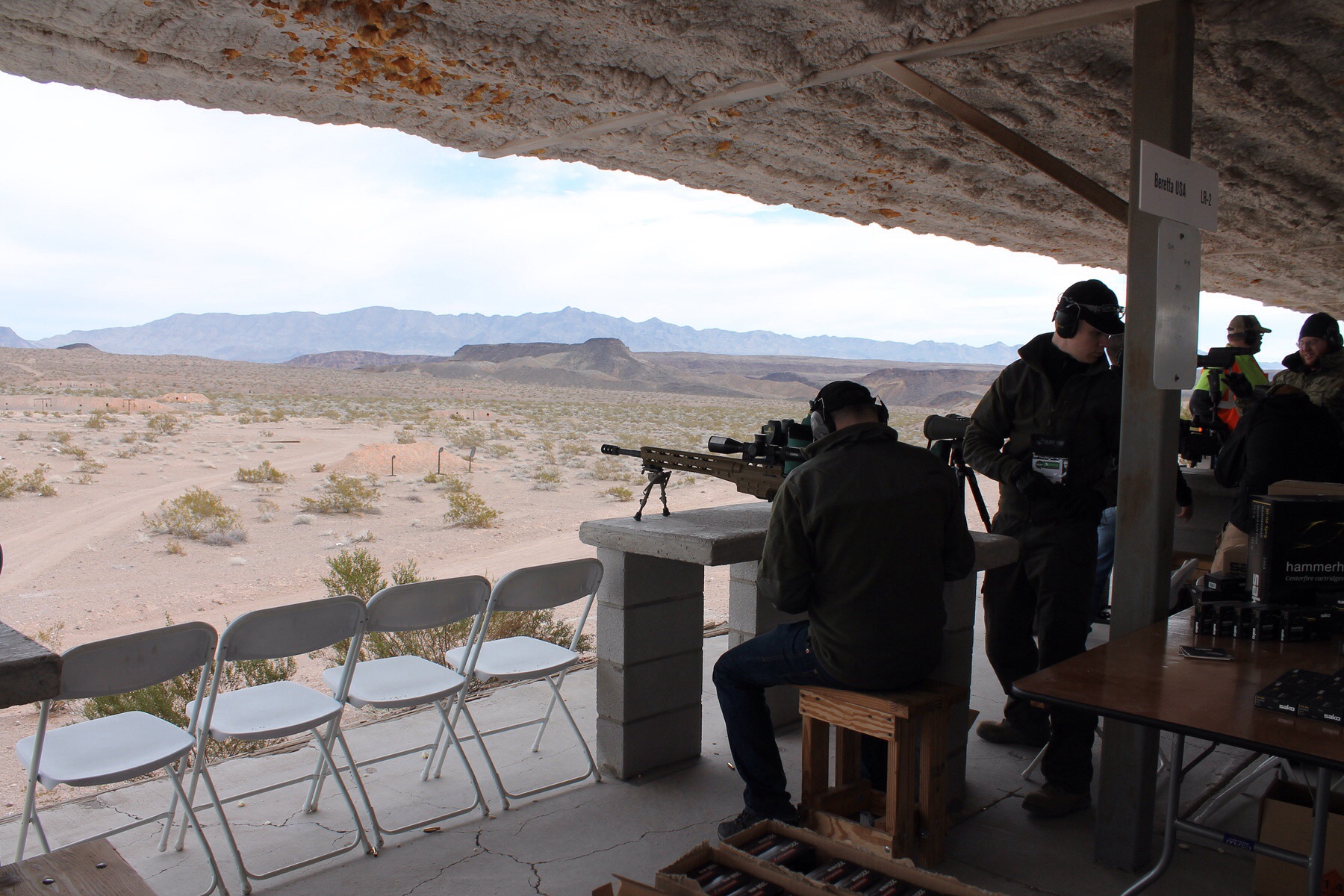 Rifle range on the north end.  It gets loud under the roof. 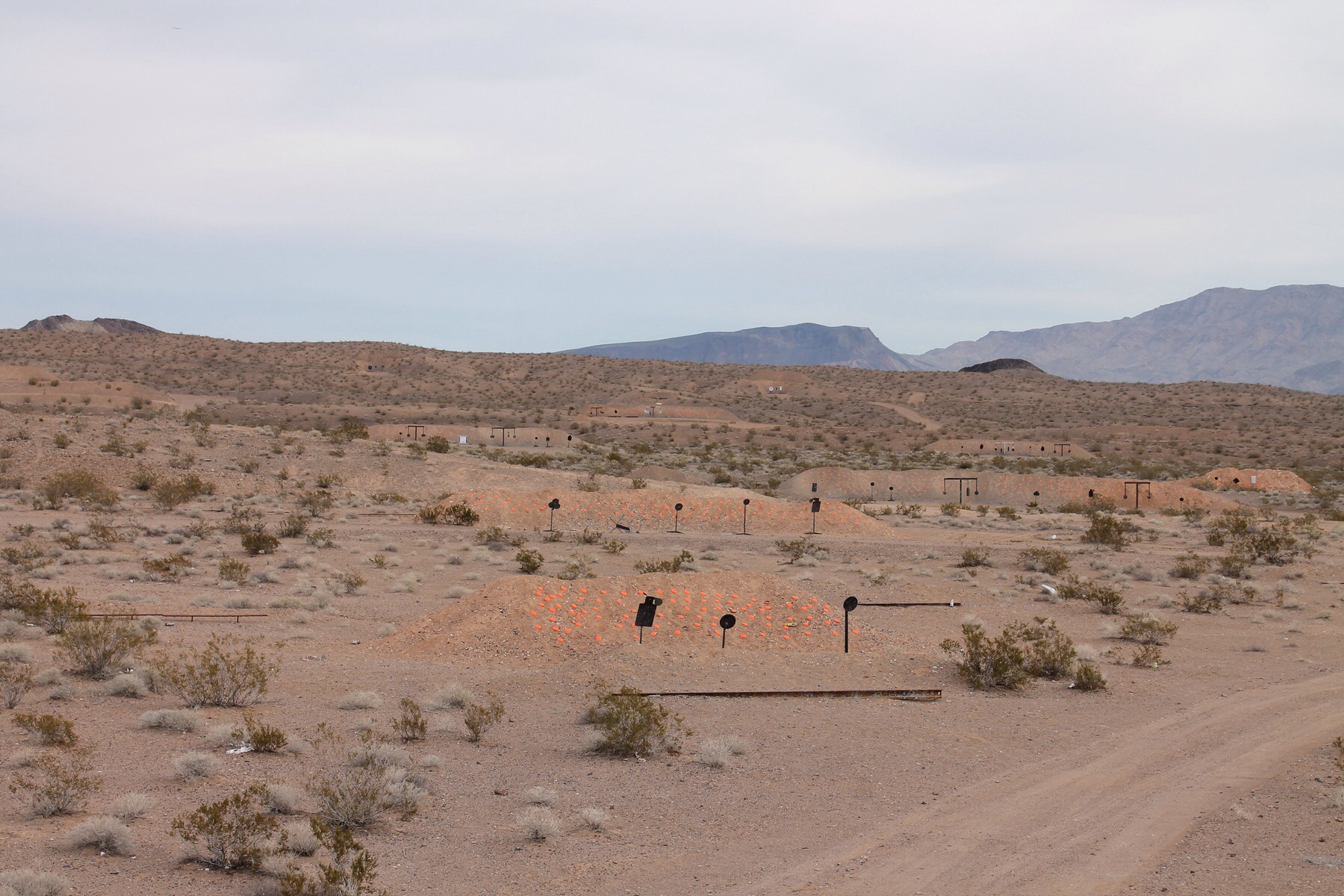 See the teeny, tiny white targets way out in the upper right center of the photo?  I saw a guy hit them with a Tracking Point system.  It was somewhere over 800 yards. 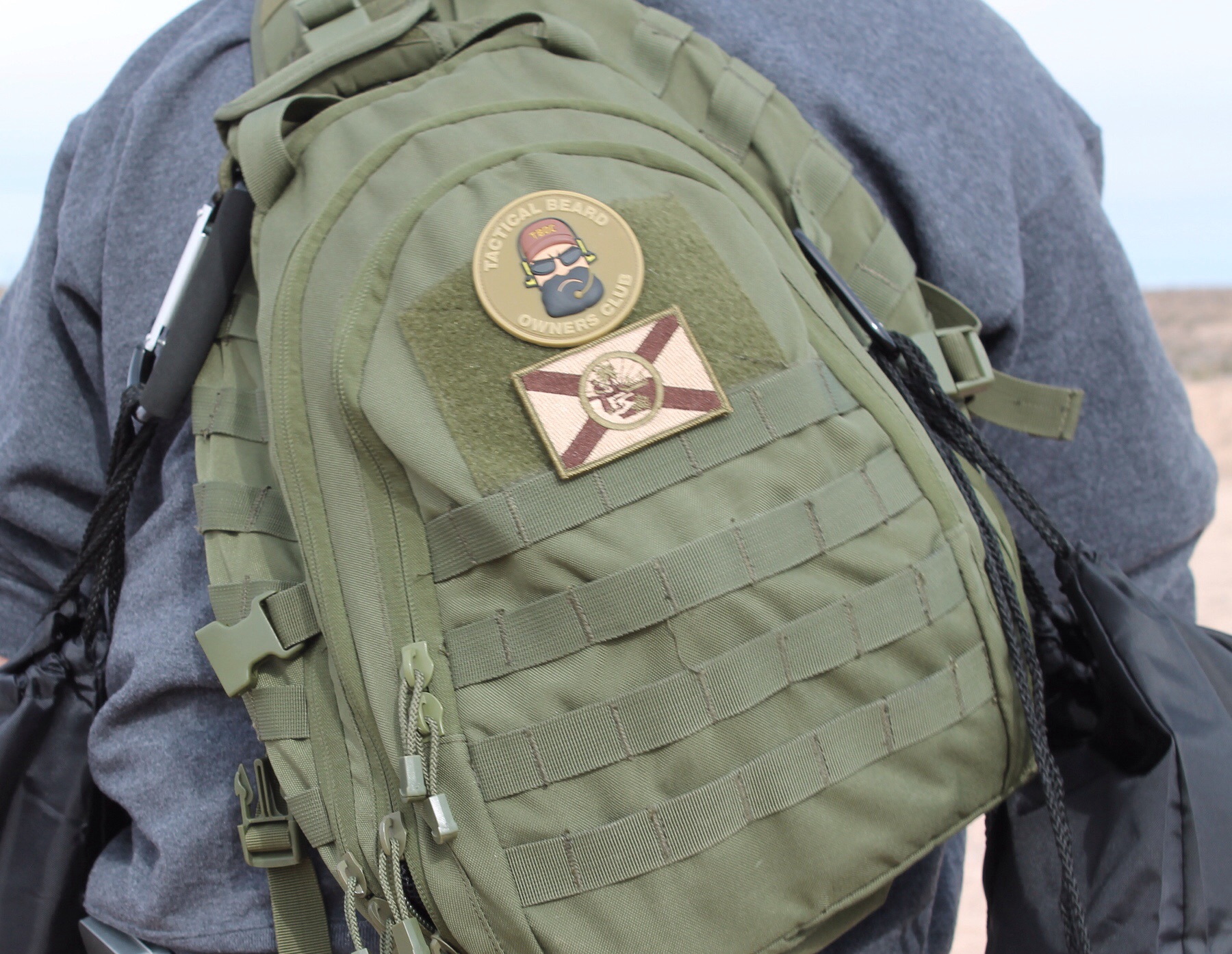 I saw lots of guys resembling the upper patch.  Ballcap, beard, and tactical wear.  I don’t get it.  The other patch is a subdued Florida flag. 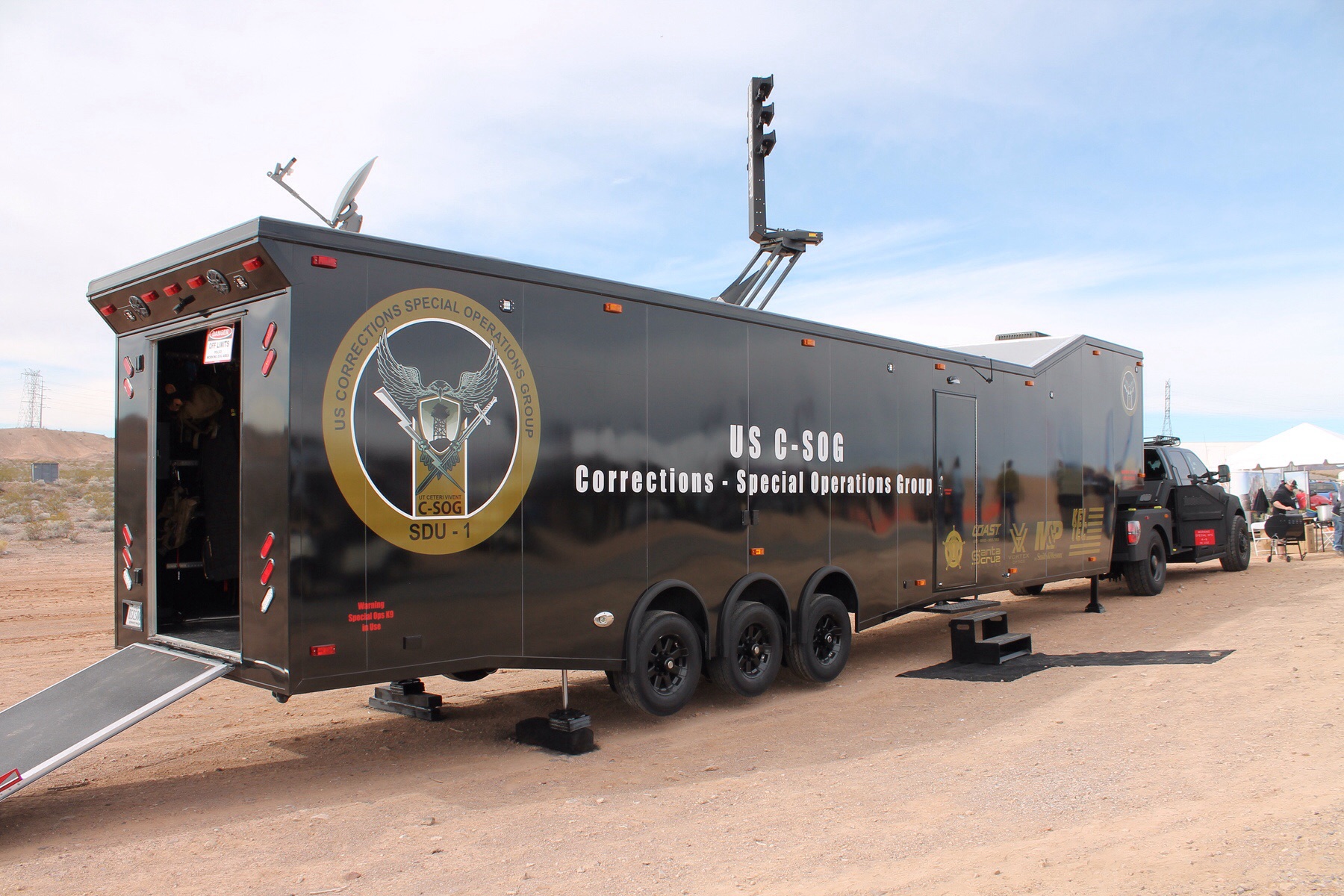 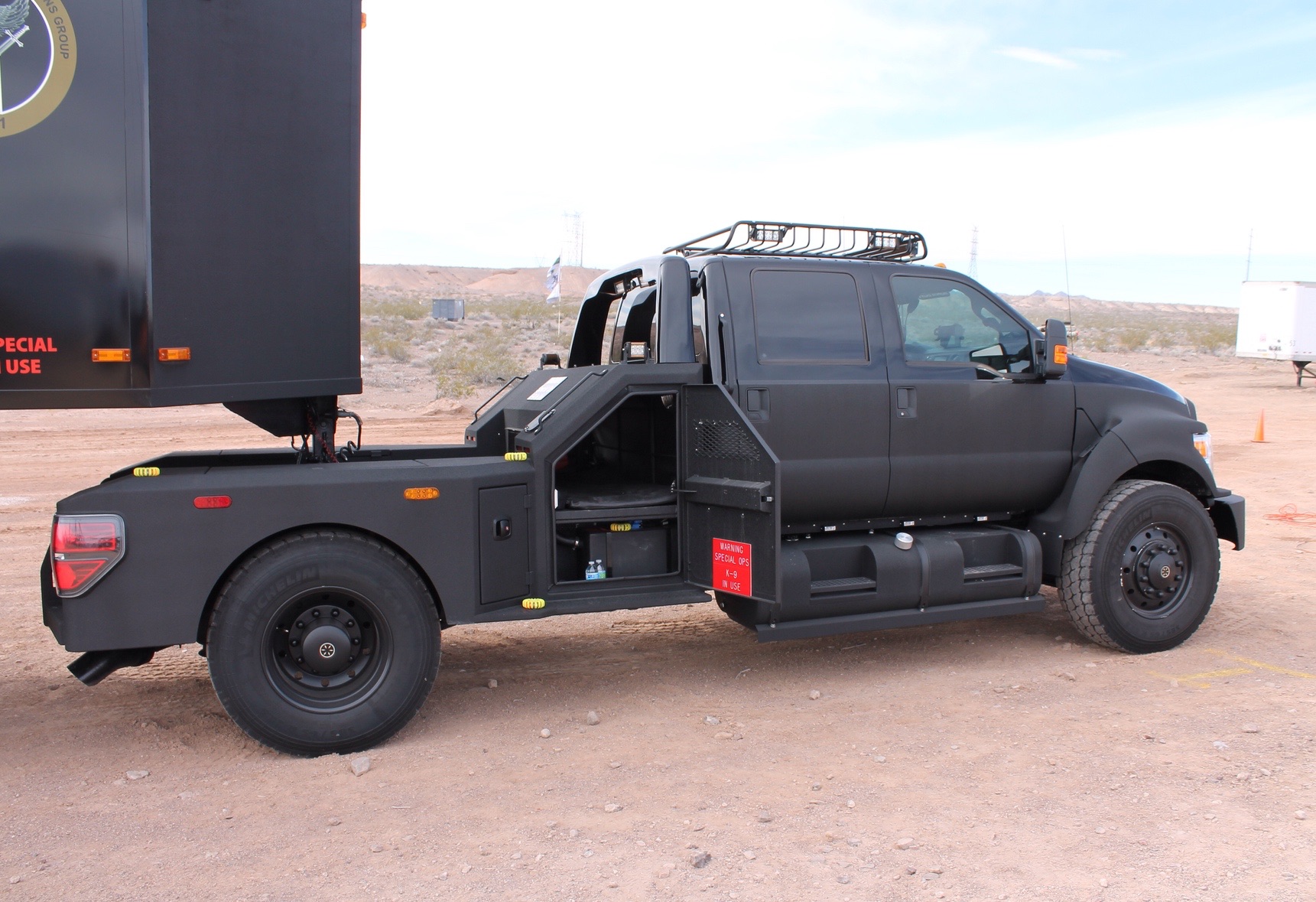 US Corrections Special Operations Group (a sub-contractor) brought out this rig to transport private corrections officers to critical incidents with gear, guns, and dogs.  There were crates in the back of the trailer and truck for the K9’s.  Sketchy if they’ve ever really been used. 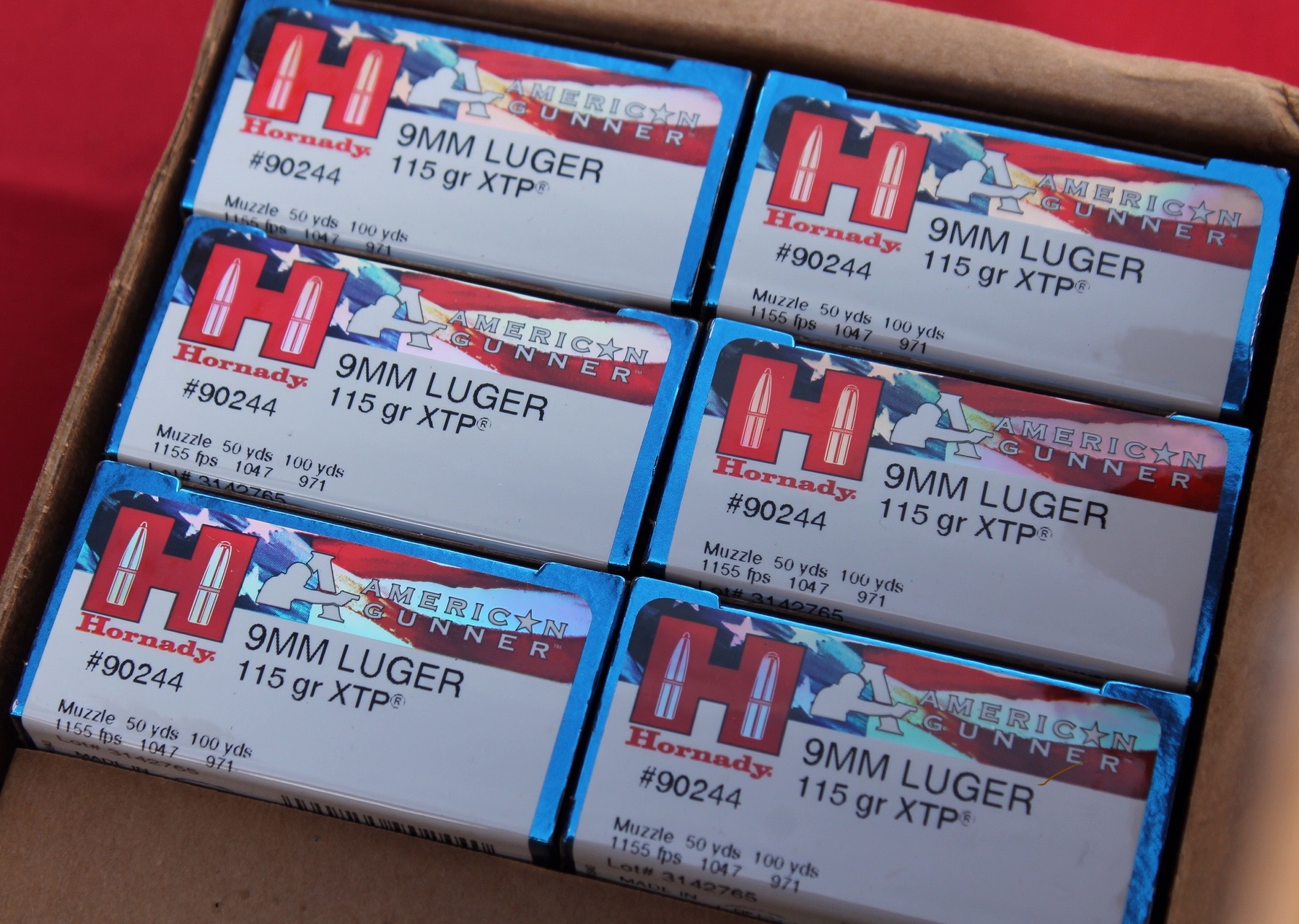 Ruger did not have us shooting generic hardball at their booth.  They brought out the good stuff! 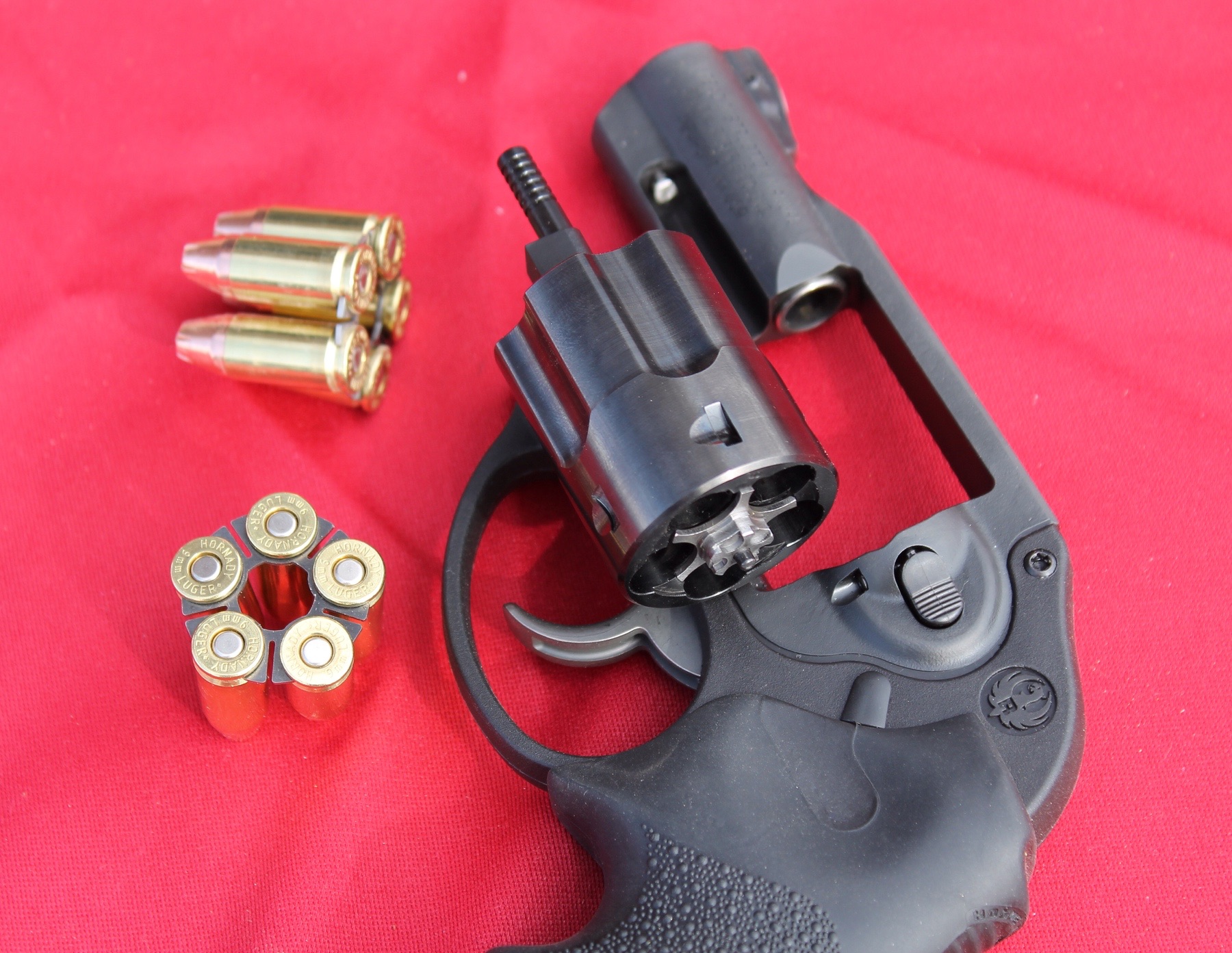 Ruger LCR in 9mm that I got to run for a few moon clips.  I have video and some impressions of the experience for you.

This entry was posted in Firearms, SHOT Show. Bookmark the permalink.