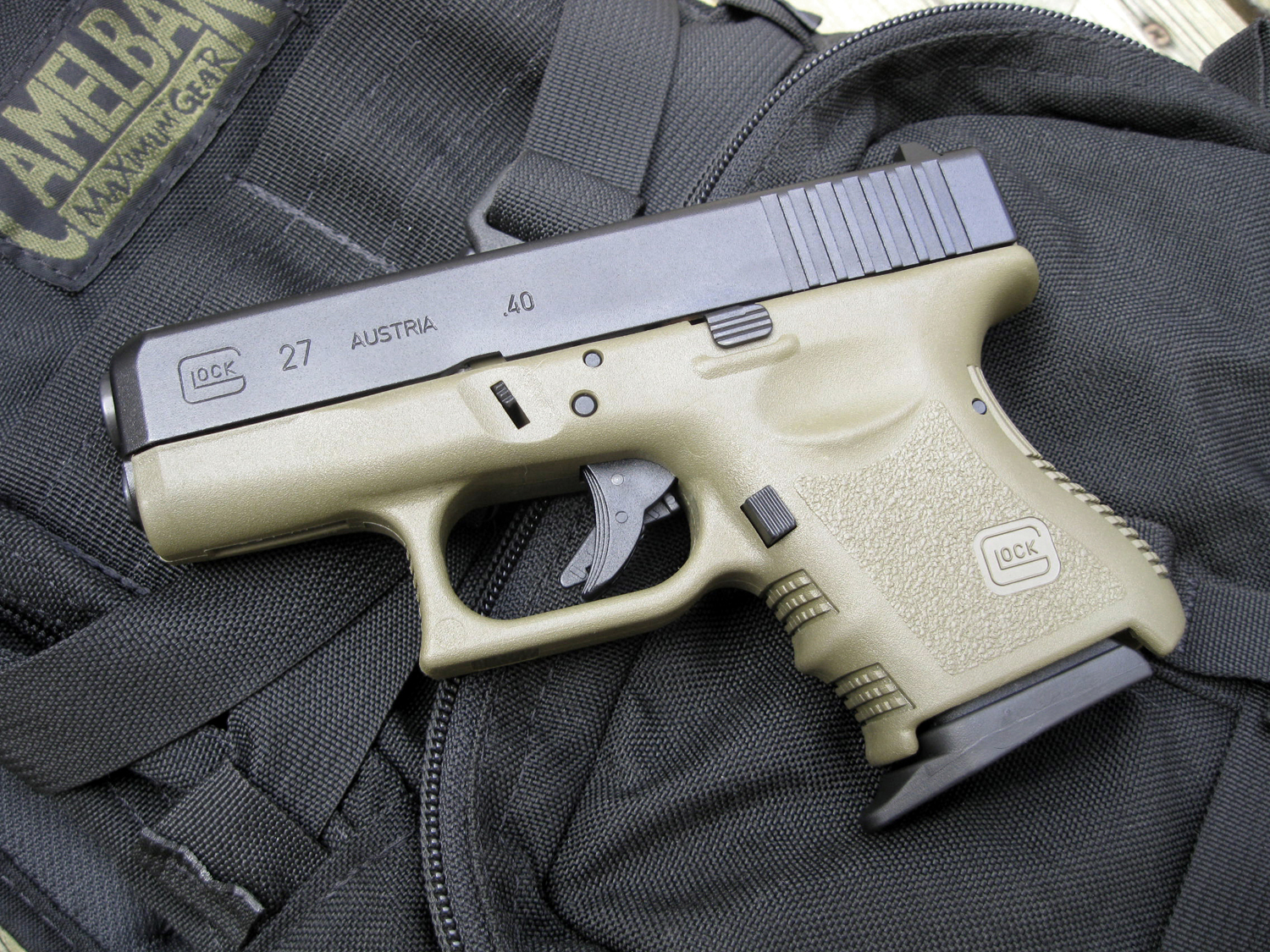 I love my Glock 27.  It is that OD color that looks greenish or brownish, depending on the lighting conditions.  Like many owners, I’m fond of its short grip for concealed carry, but wish I could get a better hold on the G27 when the trigger is depressed.  Enter the GAP.

GAP Enterprises, Inc. makes a finger rest that replaces the standard floor plate on a Glock magazine.  Called the GAP Finger Rest Extension, it adds 1/2″ of tough polymer resin material to act as a stop for the ring finger at the front lip of the magazine.

The peaked design of the GAP maintains a small footprint at the gun’s grip for maximum concealment, while still adding a point of contact for the shooter’s fingers.  It is a compromise that works very well in my opinion. 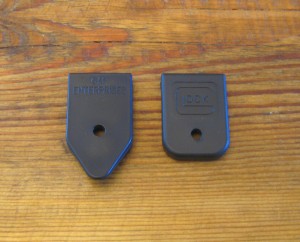 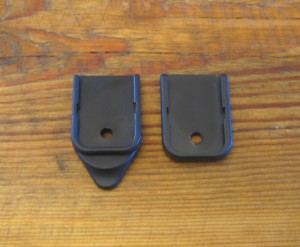 Gregory A. Pughe (GAP) designed the Finger Rest Extension to “acquire significantly improved drawing, firing, and reloading control while retaining the concealability of the Glock 27.”  After analyzing the Glock’s frame, Pughe constructed the GAP from a similar polymer resin for strength and durability. 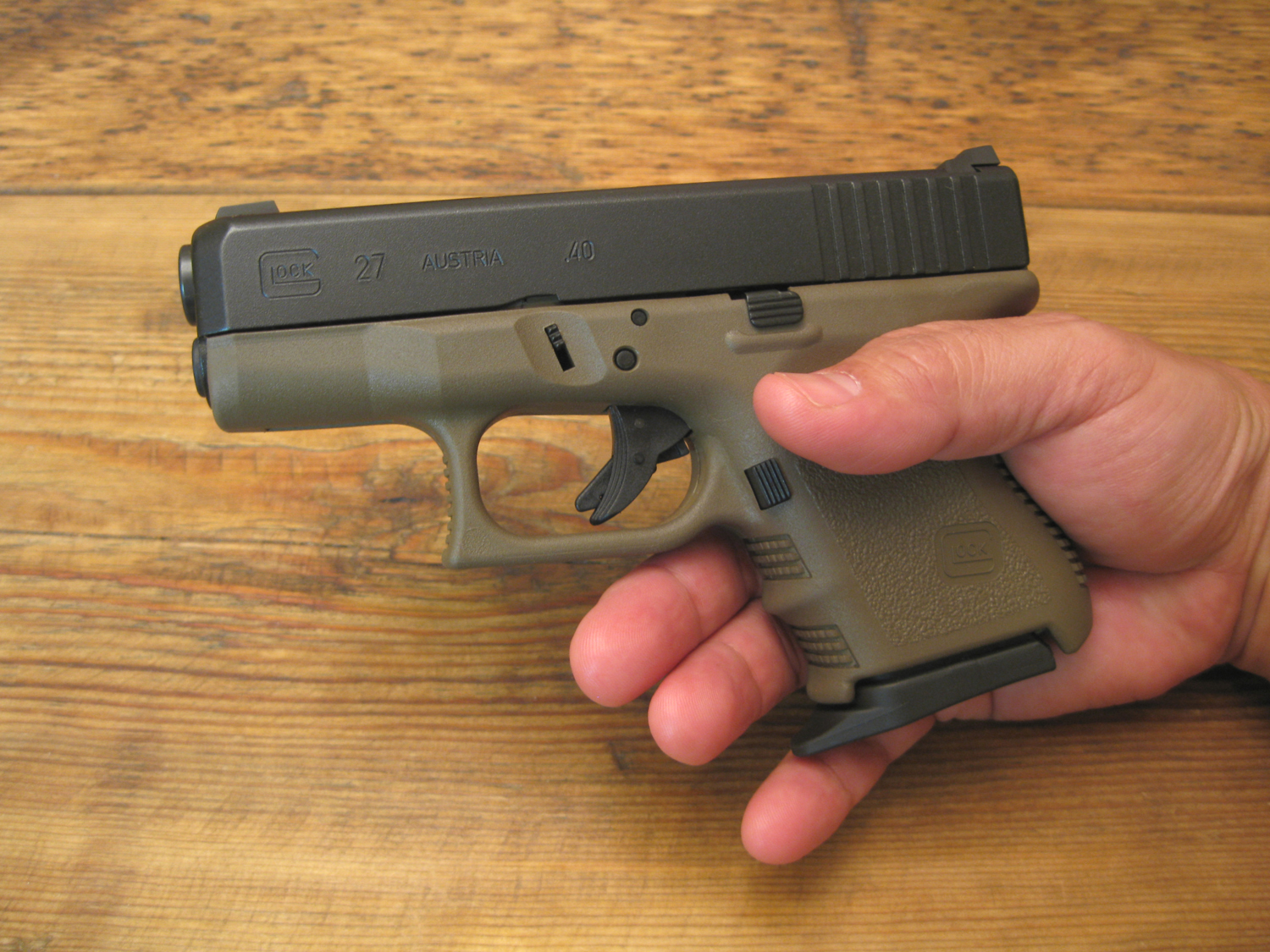 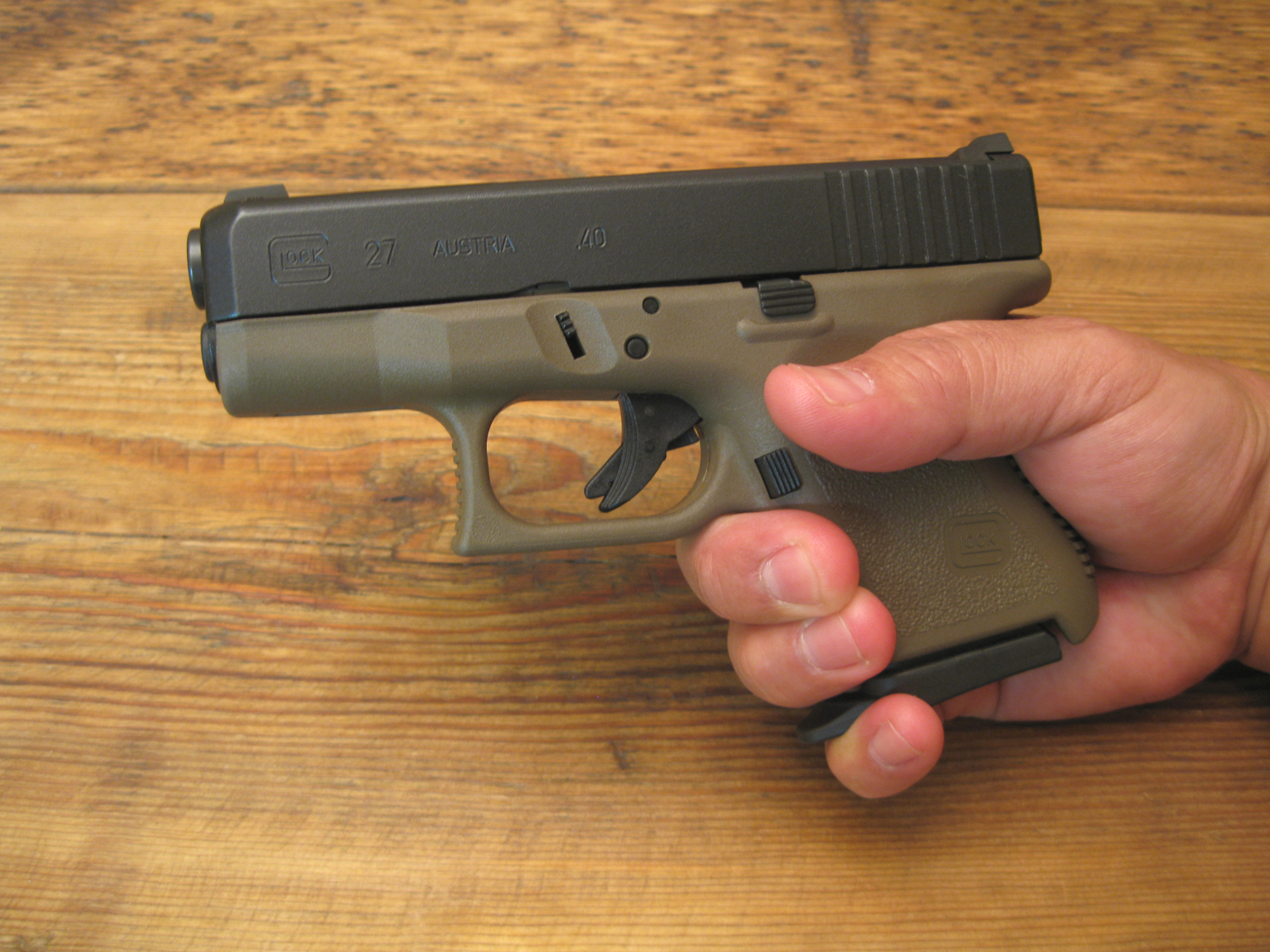 Either on the range or at off-duty qualifications, I find that the GAP keeps my ring finger from sliding off the butt during recoil.  Squeezing my ring and pinkie fingers together around the GAP adds a measure of control, especially for double and triple taps.  Because .40 S&W  is a bit sportier than 9mm, I think the GAP is especially effective for the larger caliber.

The GAP Finger Rest Extension is currently available for the subcompact Glock models 26, 27, 33, and 39.  A two pack of the extensions sells for $19.95.  If you have never taken a Glock magazine apart, be advised that there are two detents on the sides of the magazine at the floor plate.  Pressure is required on both sides of the magazine while attempting to extract the floor plate.  Plenty of videos on the procedure are found on the Internet. 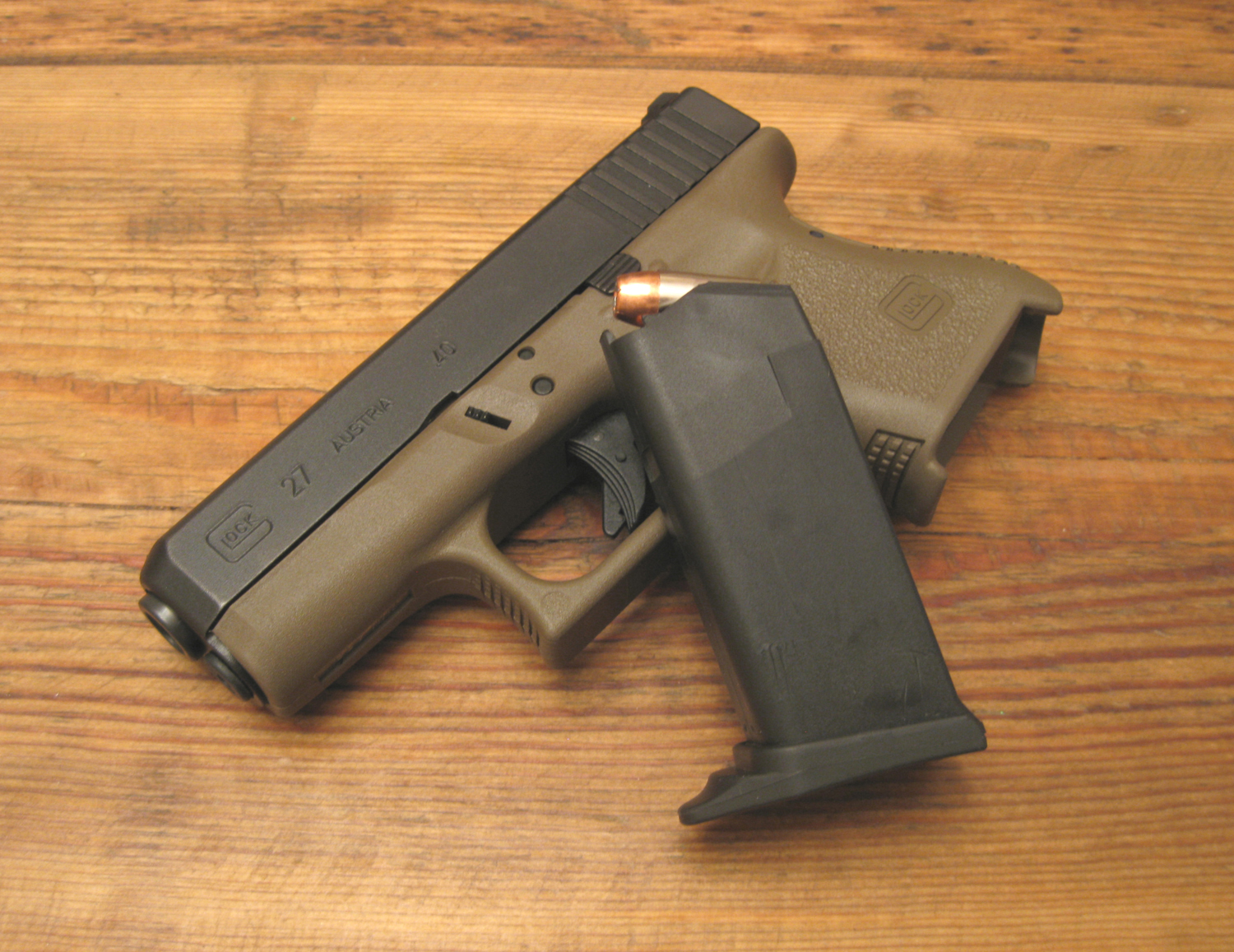 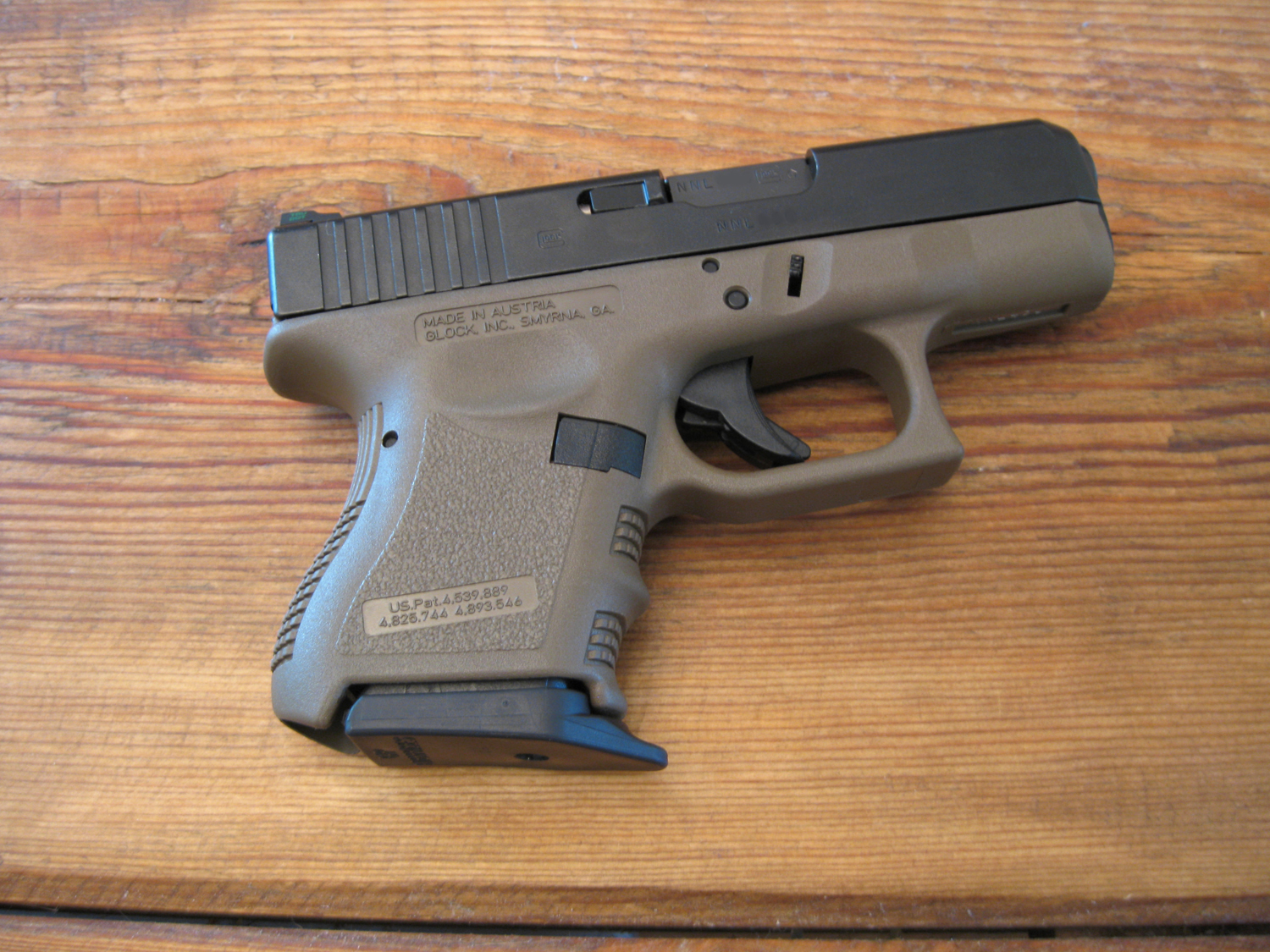 I corresponded with Mr. Pughe and he told me that other variations of the GAP were in the works.  He said that mid-size Glocks in 9mm, .40 S&W, .357 Sig, and .45 GAP (Glock Auto Pistol) may be next.  I asked Mr. Pughe about interest generated on some of the gun forums for his product.  I had seen mention of the GAP on the Kahr Forum for the PM9 and its brethren, and for Springfields on another talk site.  Pughe said he had eight or nine other models in mind, including Springfield XD’s.

GAP Enterprises is run by Mr. Pughe and his son Lane, a police officer.  The GAP Finger Rest Extension was cop-tested for a year before it was brought to the market.  Their product is very proudly Made in the USA and I think it is a winner.