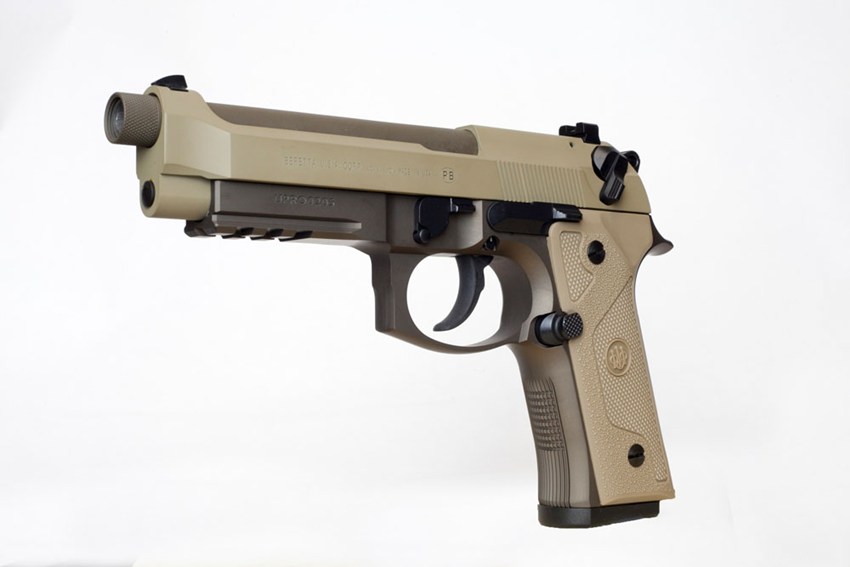 “On 10 December 2014 Beretta USA submitted to the U.S. Army the M9 ECP (Engineering Change Proposal) that identifies major improvements to the M9 to increase the operational effectiveness and operational suitability of the weapon. These improvements consist of design and material changes resulting in increased modularity, reliability, durability, and ergonomics.”

In addition, it is being reported that a law enforcement/civilian version of the M9A3 will be introduced at SHOT Show 2015, with expected availability in the second quarter of 2015.  I’ll be looking for one out on the SHOT pistol range. 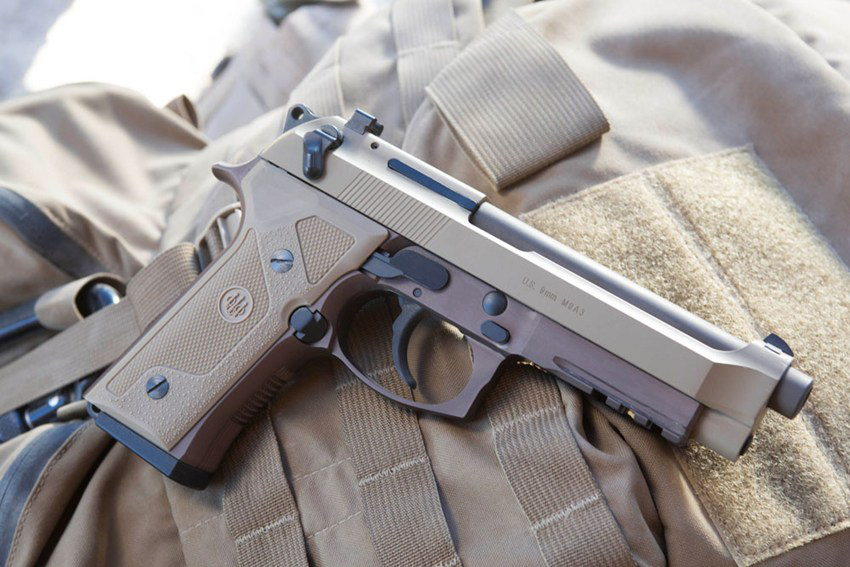 The finishes on the new gun are a mixture of Cerakote, black oxide, PVD, and Bruniton.  The varied hues along with differing textures make the new pistol rather striking.

If you look closely it appears the magazine release buttons and safety levers are over-sized.  It does not show in these photos, but the straight backstrap can be altered with the use of a modular grip panels that wrap around the increase the palm swell of the gun.

With its new semi-custom looks, the M9 has gone from Fiat to Ferrari!

This entry was posted in Firearms. Bookmark the permalink.