Lone Wolves Are a New Threat 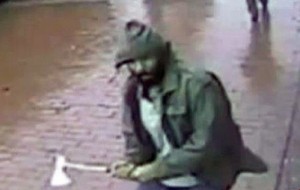 With this year’s terrorist attacks on the British soldier in Woolrich, England, the Canadian soldiers run down by an extremist, the shootings at the Canadian Tomb of the Unknown Soldier and Canadian Parliament, and the hatchet attack on four New York City Police Department officers last week, we can assume that radical Islamists are targeting uniformed soldiers and police officers.  There is yet another cause for vigilance when working behind the badge.

The calls from the Islamic State of Syria and Iraq (ISIS) and Islamic extremists to attack Infidels (that’s us) have inspired emboldened fundamentalist, or “lone wolf,” attacks on the symbolic warriors of Western values.  Law enforcement and Military personnel in our Country must prepare for these lethal assaults, both on and off duty.

We have an advantage over uniformed military soldiers, sailors, and Marines in that police officers are always armed when wearing “the suit.”  It is a shame that our armed services must, for the most part, go as unarmed targets on home soil.  Especially now.

Despite assertions the police are over-militarized, we perform the everyday function of protecting our citizens here and not abroad.  That includes a wide range of threats that can be resolved with verbal and non-verbal techniques, less lethal measures, and sometimes deadly force.

Unfortunately, we never know when this last option will require immediate action with our handguns or a protracted battle against a heavily-armed assailant(s) where several magazines of 5.56 x 45mm will win the day.  If all this is another reason to carry a firearm while off duty, then so be it.  A single armed off duty police officer could change the outcome of a terror attack with situational awareness and resolve.

It is disheartening that we have a new and extremely committed enemy with which to contend, but remember that situational awareness, sound tactics, teamwork, and decisive action provide us some measure of safety out on the street.  We represent a formidable foe for those who wish us harm as long as we train and work together.  Stay frosty.