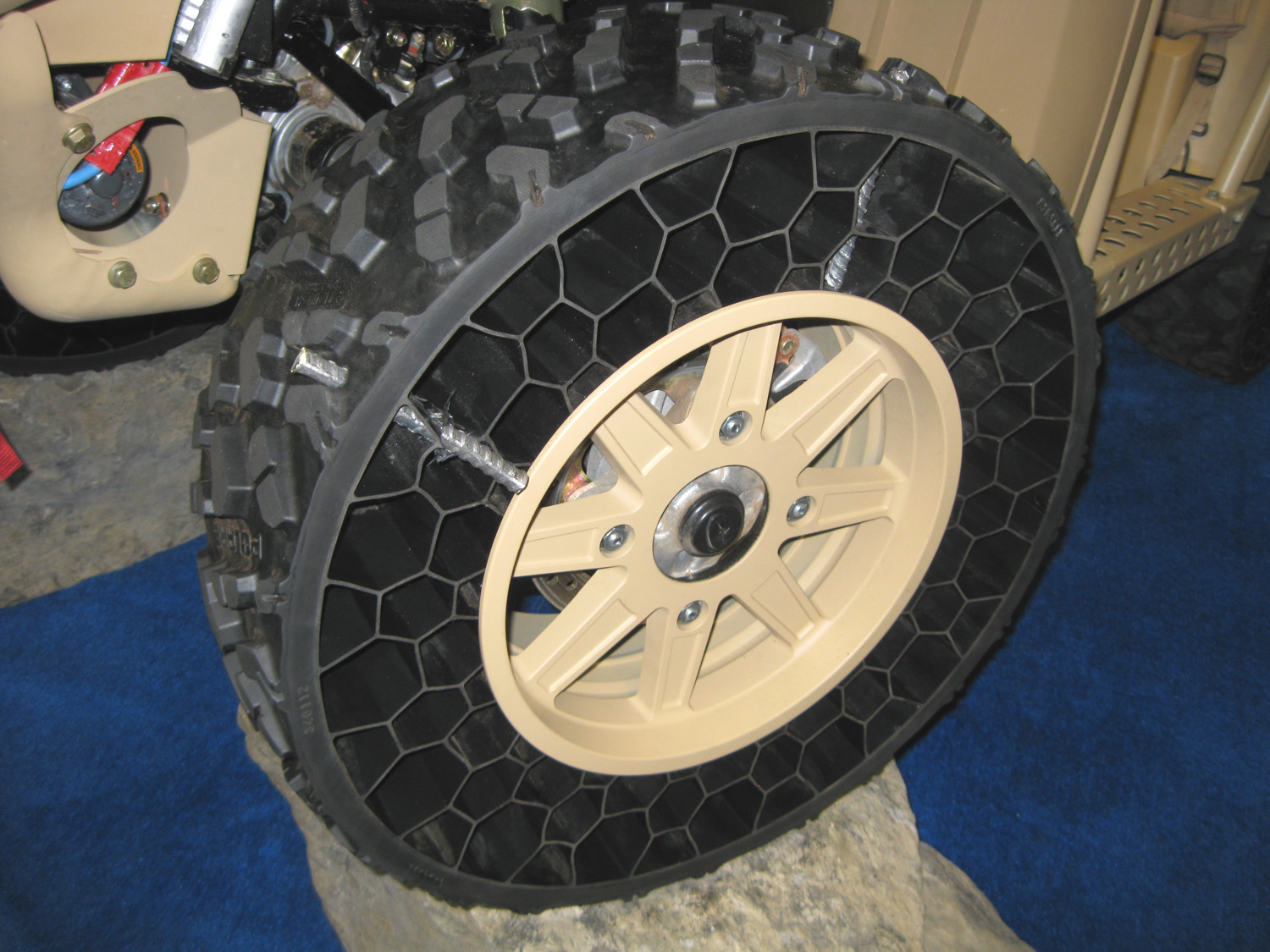 We were walking by the Polaris Defense booth at the SOFIC Show and saw some rebar sticking out of an ATV tire.  Upon closer inspection, the tires were a see-though honeycomb design between the rim and tread that supported the weight of the vehicle.  Polaris calls the tires the NPT for non-pneumatic tire.  They aren’t run-flat, they are never-flat.

The implications of this type of airless design are vast.  Polaris Defense acquired Resilient Technologies, LL, who had been researching and constructing never-flat tires for several years.  According to Polaris, “The NPT is composed of a central polymeric web surrounded by a rubber tread band which allows continuous operation, even if up to 30 percent of the web is damaged.”

“We have tested our NPTs over 5,000 miles with a .50 caliber bullet hole and the performance exceeded expectations.  This capability gives our troops an edge when operating in rugged terrain that destroys tires by eliminating the mission impact associated with flats,” according to Polaris Defense General Manager Richard Haddad. 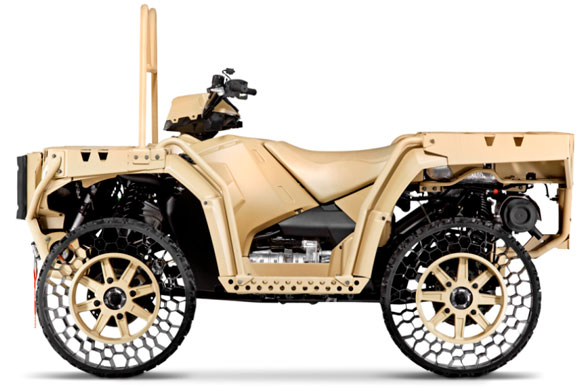 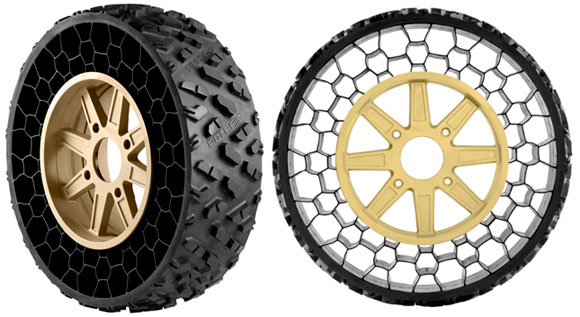 Resilient Technologies’ website has some videos of their product in action on HumVees and civilian trucks.  There is also a close up of the tire being hit and surviving strikes by small arms fire.

All in all, I could see this non-pneumatic tire technology being the future of tires in general.  A speed-rated tire of this type for law enforcement would solve the problem of flats during general patrolling or in disaster operations, when debris littering an area can hinder the mobility of the police officer.  I think this is an important break-through.