Rob Pincus was once again at SHOT Show Media Day at the Range in the Winchester lane.  He was giving demonstrations of the new Winchester W Train and Defend line of ammunition.  According to their literature:

“The W Train & Defend ammunition system is designed to provide threat-stopping power with less recoil to the shooter. The system pairs its range-ready Train rounds with technology-driven Defend rounds, both designed to limit the recoil felt by the shooter. This system provides a perfect solution for new shooters, especially women, who are interested in training to become proficient with their personal defense ammunition.”

Both the Winchester Train and Winchester Defend are ballistically matched for consistent performance, whether in practice at the range or in real life self-defense.  The Train ammo has brass cases and FMJ projectiles.  They also have lead-free primers for indoor range practice where required.  Defend ammunition comes in nickel-plated cases and jacketed hollow point bullets. 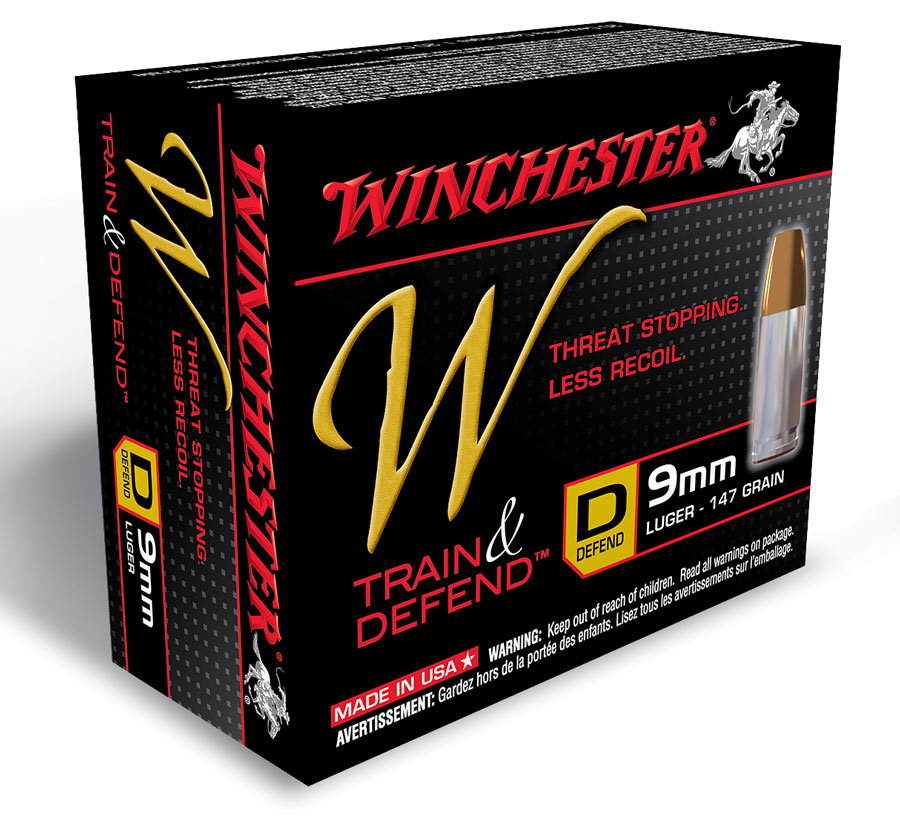 Winchester W Train boxes have a conspicuous “T” on the box and contain 50 rounds.  Twenty rounds come in a W Defend box, which is, of course, marked with a “D.”  W is available in .380 ACP, 9mm Parabellum, .40 cal. S & W, and .38 Special.  Bullet weights vary by caliber, but all travel downrange at around 925 to 950 fps, according to the manufacturer.

As usual, Mr. Pincus was in the zone.  His demo was informative, yet casual.  Before the cameras began to roll, he took a few minutes to welcome the group and encourage everyone to get right on up around the table.  He repeated this demo more than once over two days, but he always seemed to keep it fresh and friendly.