Since moving to a plainclothes job, I started to re-examine my daily load out.  Seems it no longer qualifies as such.  The utility of a duty belt and cargo pockets has given way to the functionally spartan nature of dress shirts and slacks.  In both Patrol and CID, a writing instrument is required.  I decided I needed something less than a full blown “tactical pen,” but more than a plastic clicky pen.  Thus, I bought a Zebra F-701.

An Internet darling, the Zebra F-701 is a stainless steel barreled retractable ballpoint pen with a 0.7mm fine writing tip.  The pen’s overall length is 5 3/8″ and its weight is 1.1 ounce.  It features a steel pocket clip and a nice texture on the lower portion of the barrel for a non-slip grip when writing. 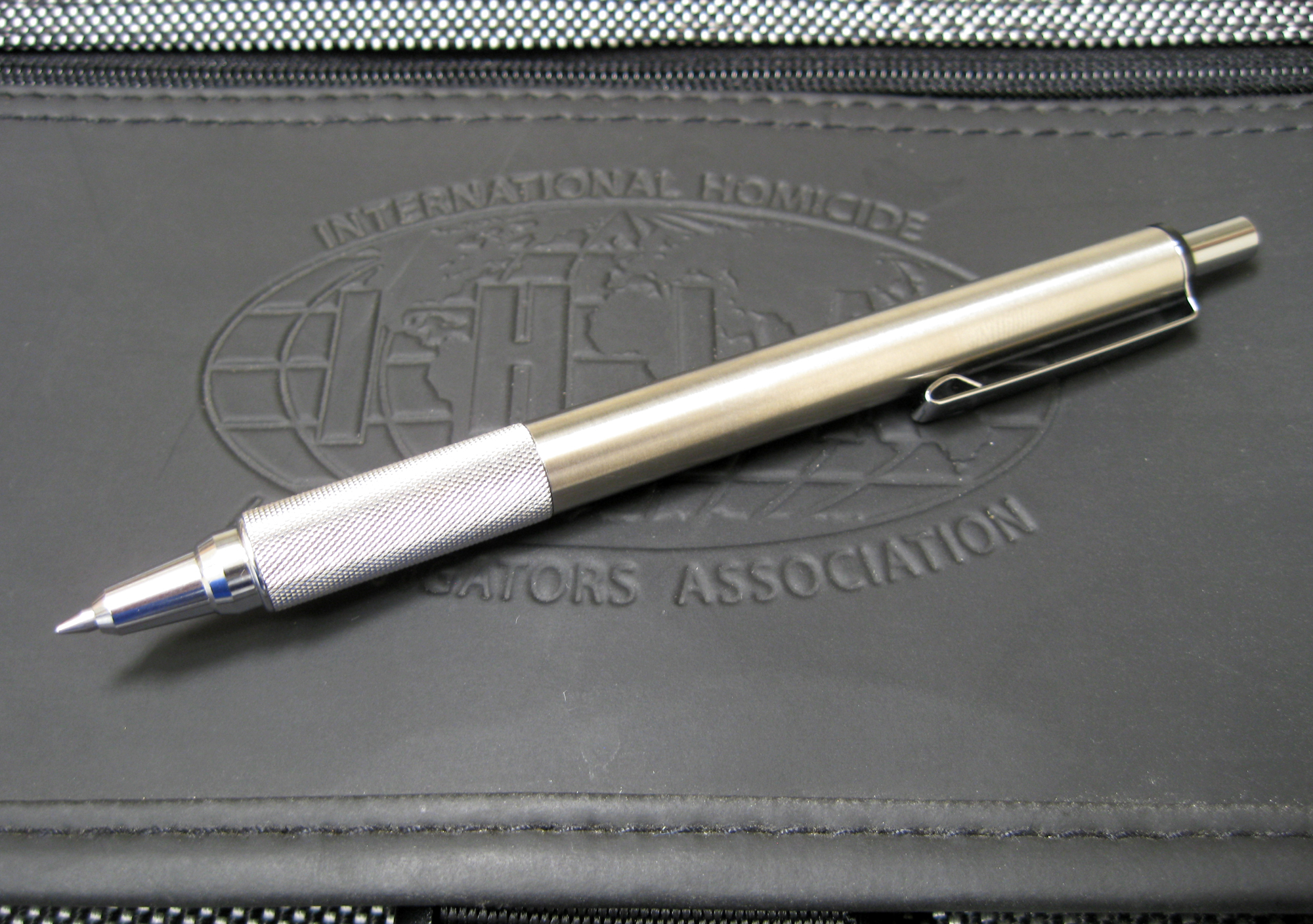 Zebra’s F-701 looks like it belongs on some 1960-era rocket scientist’s drafting table.  The retro appearance comes from the straight brushed-finish barrel and textured knurling.  The mirrored clicker, tip, and clip provide a third surface treatment.  F-701’s expensive guise does not belie its reasonable price, which hovers between five and eight dollars, depending on the vendor.

Important to my current “uniform,” the F-701’s clip is smoothly engineered so as to not cut into the top of a pocket.  Some less well made pens have clips which are folded metal that have sharp inner edges that can shred fabric.  As you can imagine, I do not like exceeding my yearly clothing allowance. 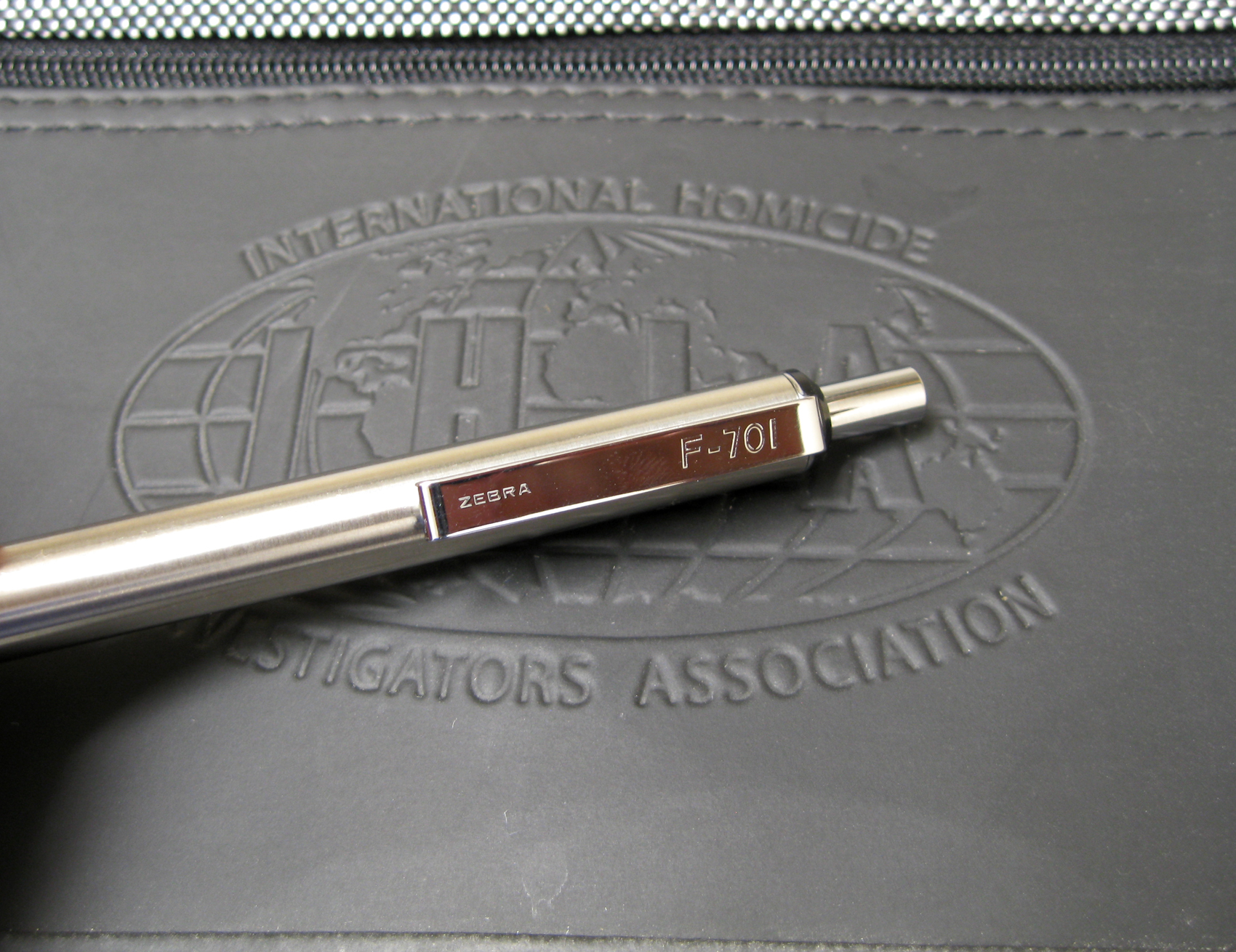 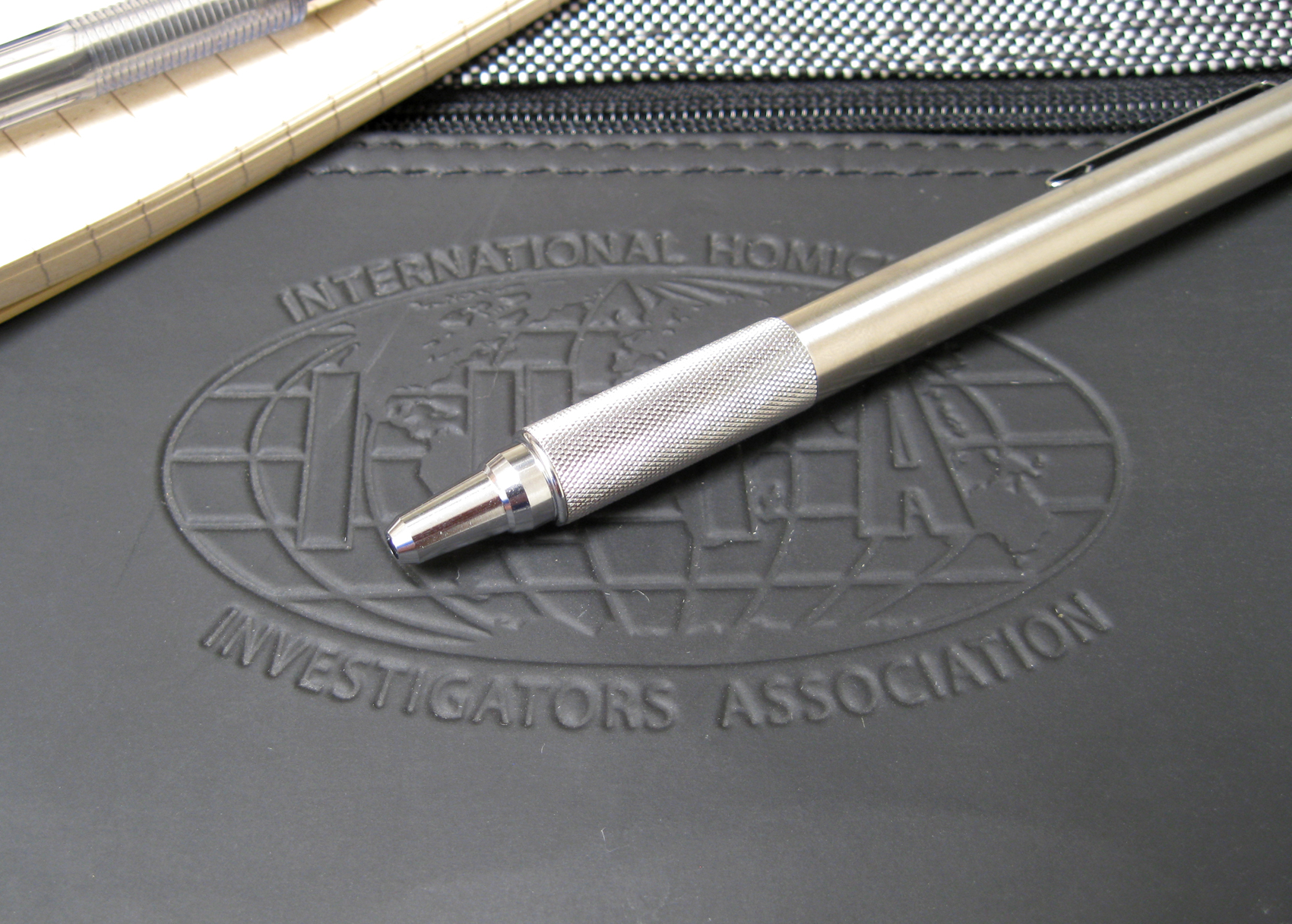 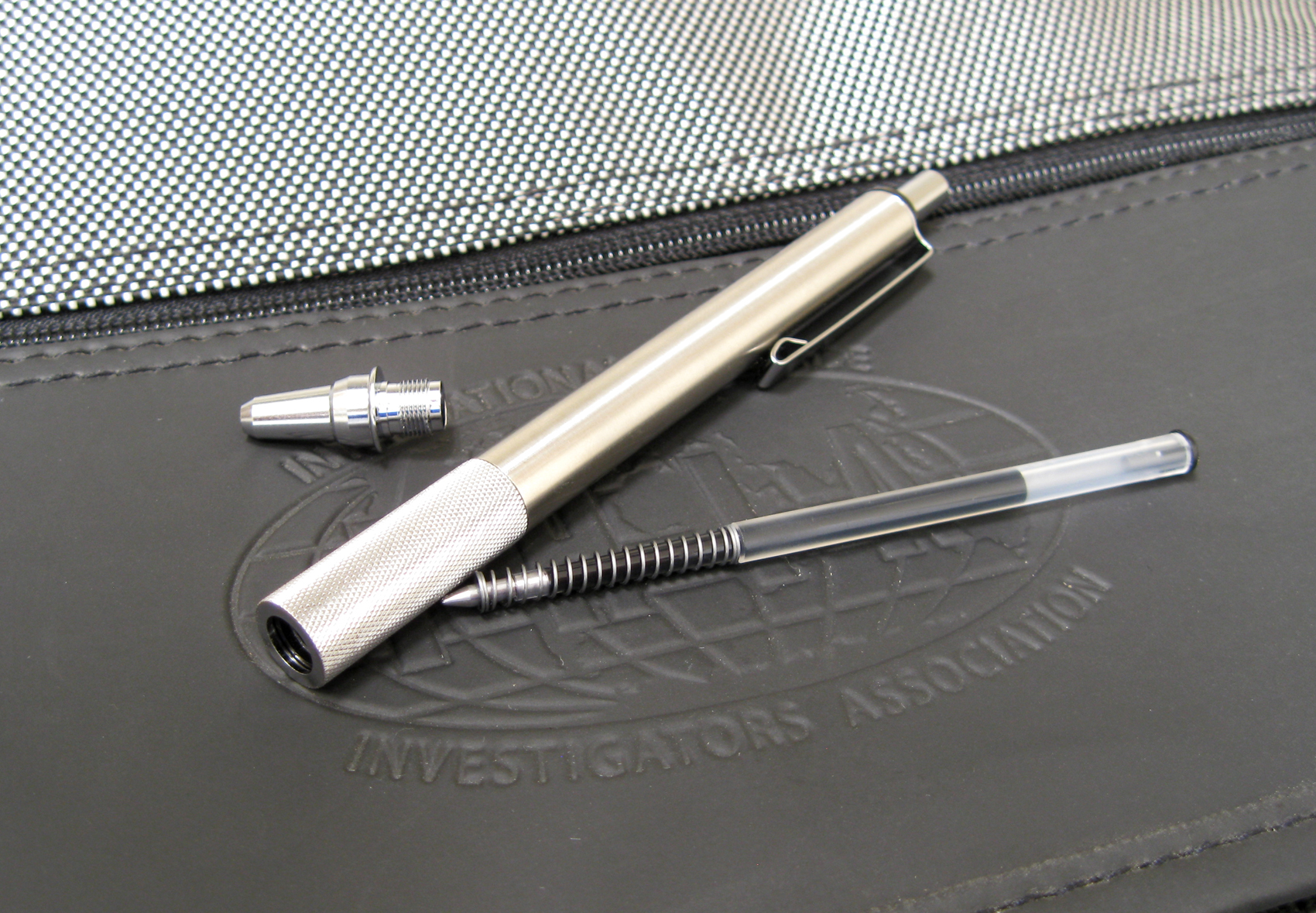 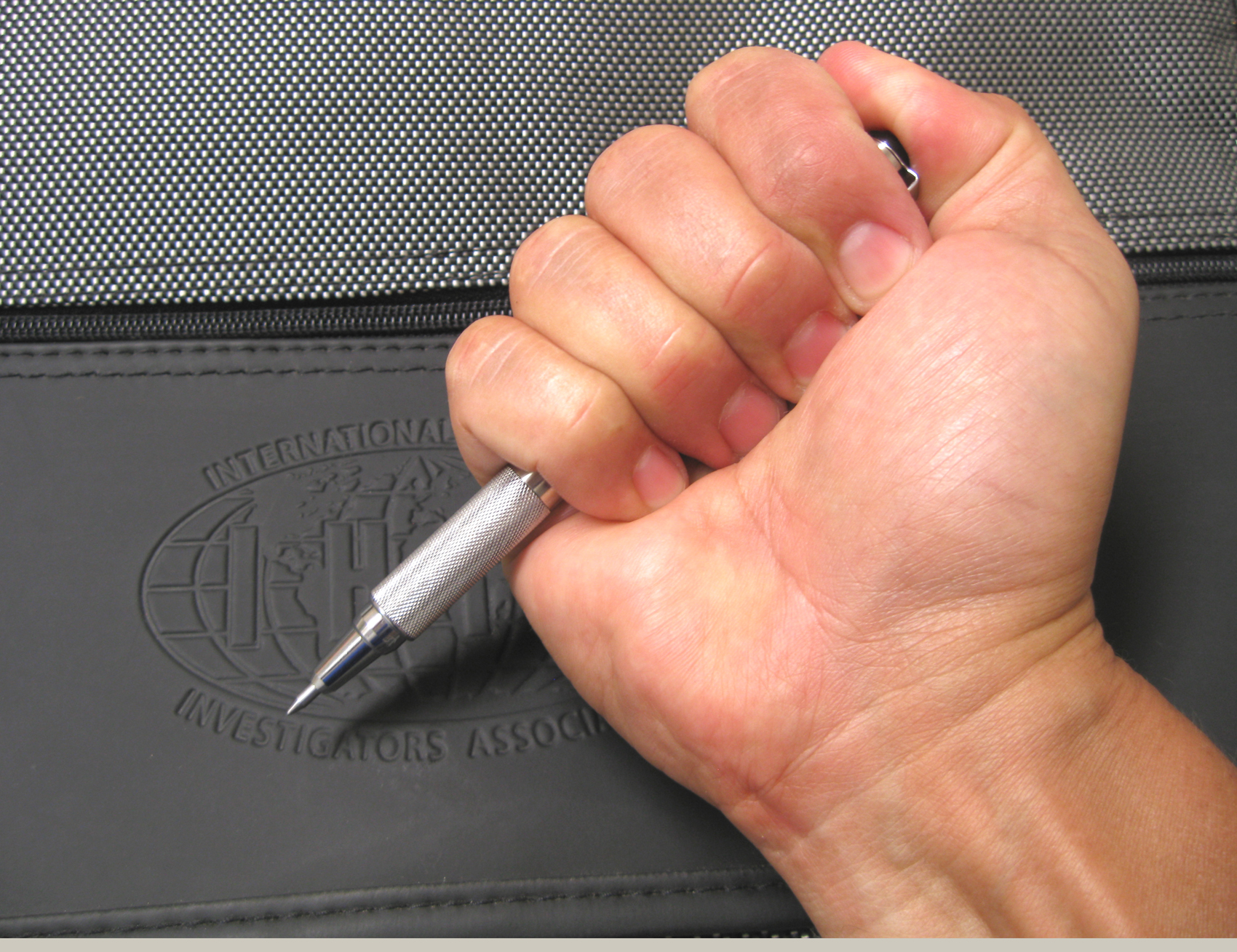 As I said, this pen is the stuff of Internet fandom, however, despite the F-701’s solid look, it is not a replacement for a Kubotan.  The barrel is made of two roughly 1/16th inch walled steel tubes press fit together at the seam where the knurling meets the brushed finish.  Because of this, the F-701 cannot be used to apply lateral pressure for joint locks.  That said, I was still interested in its strength for jabbing.

In my secret testing laboratory (garage), I stacked 10 layers of cardboard, wrapping them in two layers of brown packing tape.  I backed this with plywood.  Overall, I thought it made for a decent analog to soft tissue and bone.  Donning a leather glove, eye protection, a ballistic helmet, full body armor, and a cup, I stabbed the Zebra F-701 into the test medium.  Okay, I only wore the glove.

After half a dozen full power hammer grip strikes, I found that the pen easily penetrated eight layers of cardboard.  The F-701 suffered no damage.  It clicked and retracted normally and wrote as it did before the workout.  Its barrel did not loosen.  Last ditch defense?  Yes it can. 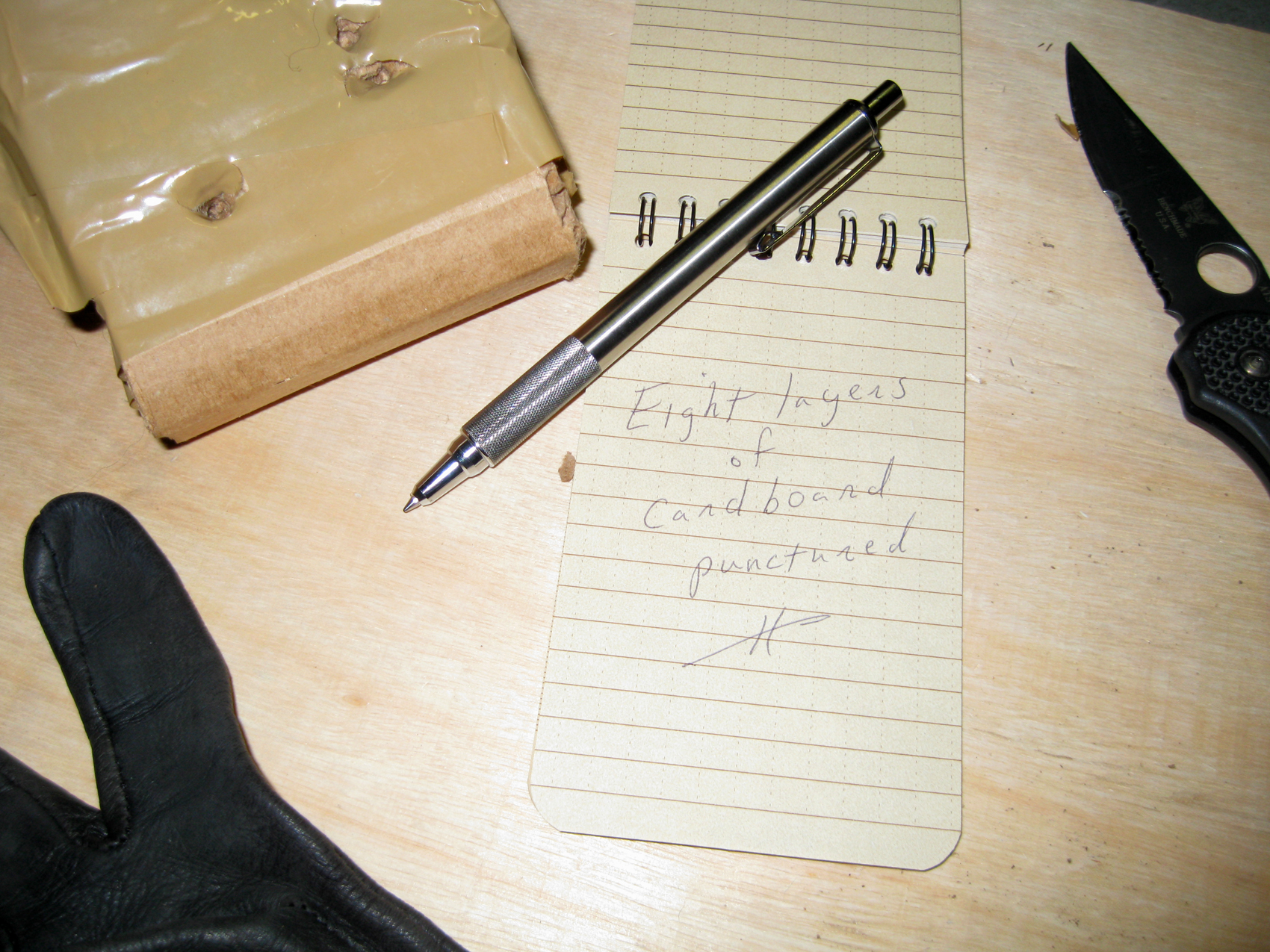 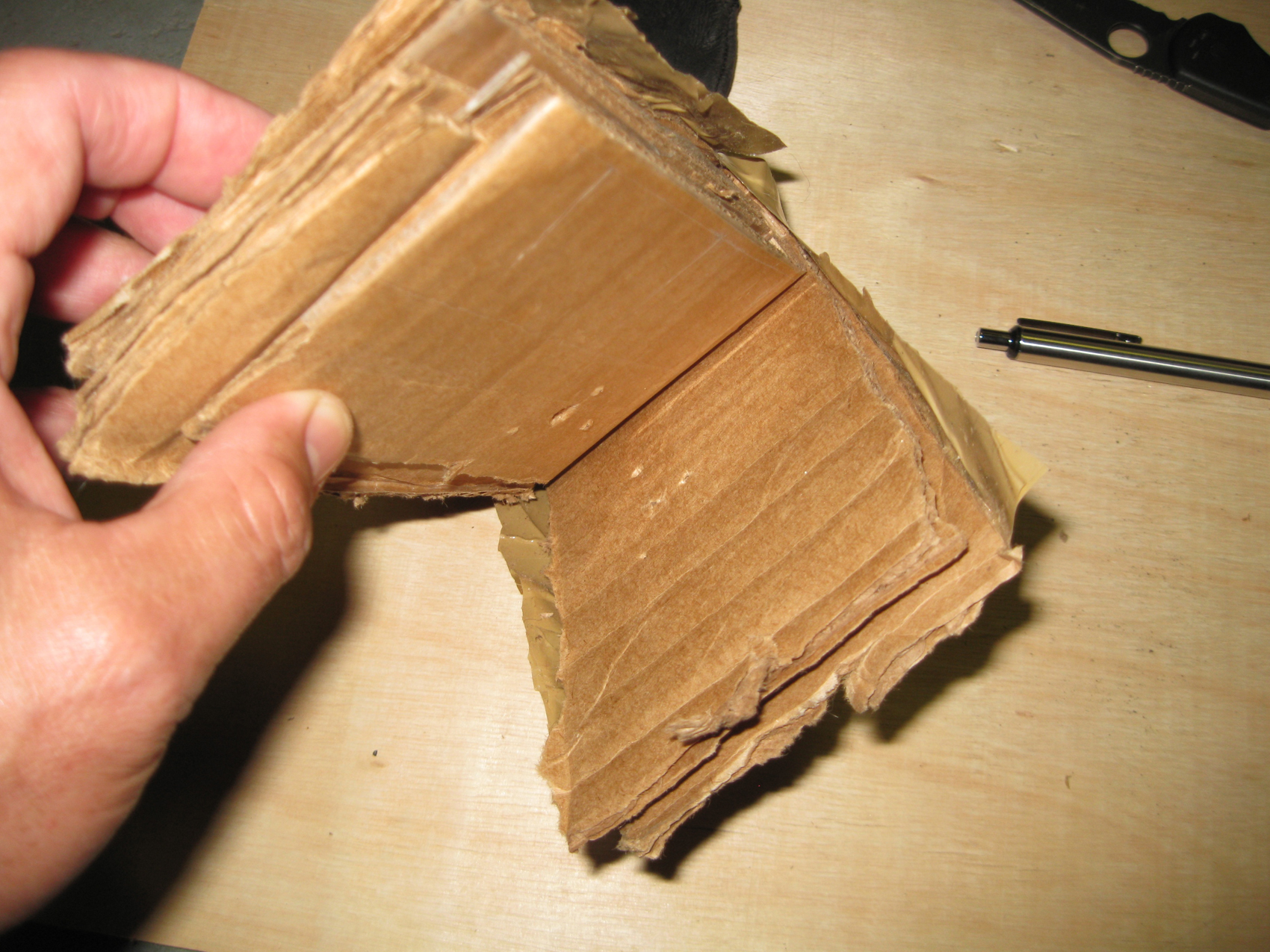 In researching the pen, I found out that there are many forums devoted to writing instruments.  Who knew?  Posts and videos are available to show one how to modify the F-701 to hold a Fisher Space Pen refill or to replace the clicker with the all-metal clicker from a Zebra F-402 pen.  Neither is necessary, in my opinion.

I saw the Zebra F-701 for sale on amazon.com today for $5.18.  That is a great price for a pretty cool pen.  I’ll just keep handing out Bics with the statement forms…