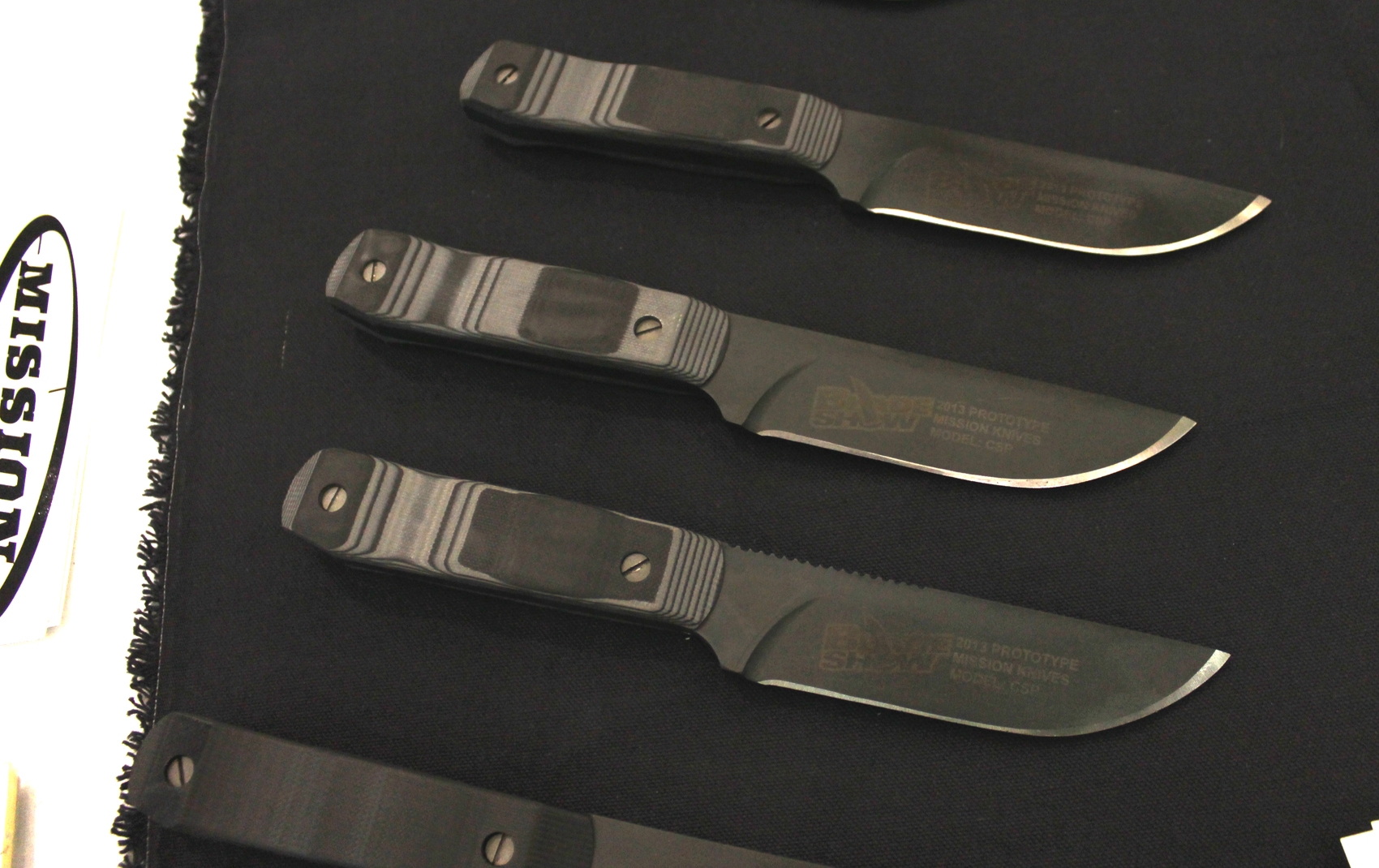 Who better to show prototypes for the Mission Knives CSP (Chance Sanders Professional) than Chance Sanders himself.  Chance is a former DOE SWAT/Marine Corps guy that now specializes in urban and wilderness survival training.  He has joined with Mission knives to produce the CSP.

In designing the knife, Chance said he wanted a strong all around blade for either the city dweller or outdoorsman who wants utility and fighting potential in their knife.  The CSP is made from A2 tool steel that is hardened to 58 on the Rockwell C scale, then black oxide coated.  Contoured G-10 scales are bolted on.  The blade length is 5″.  A MOLLE-compatible Kydex sheath comes with it.  MSRP is $199.00.  The CSP, like all Mission Knives, is Made in the USA.

Of specific concern to Chance, the tip of the knife is differentially ground to produce a steeper edge on the primary bevel for the first 1 1/2″ from the point.  This leaves a lot of steel up front, so that breaking off the tip is nearly impossible, unless you put the CSP in a vise and hit it with a sledge hammer (don’t do that).

Chance has a survival video out on Amazon.com called Surviving Civil Unrest.

This entry was posted in Knives and tagged Blade Show 2013. Bookmark the permalink.