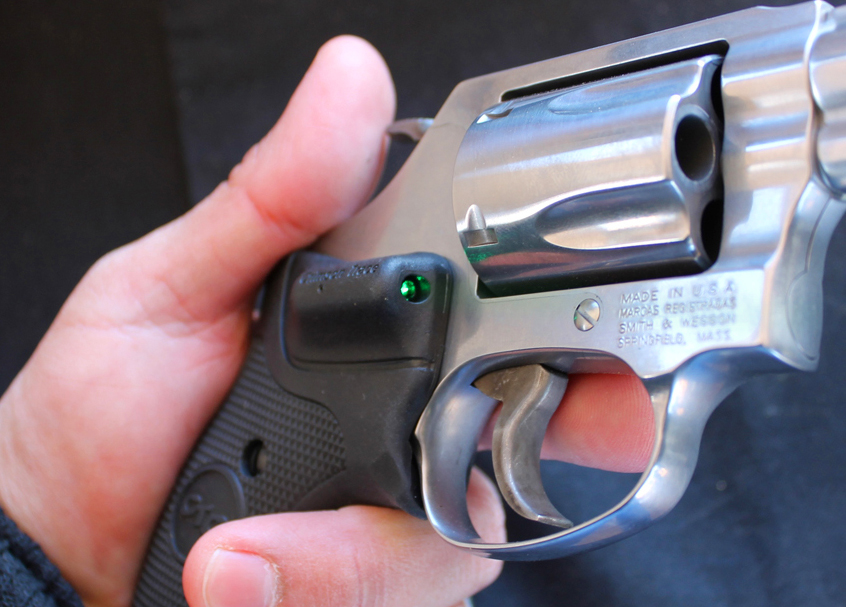 One of the first booths we hit at SHOT Show 2013 Media Day at the Range was Crimson Trace Corporation.  CTC’s Media Relations Manager Iain Harrison showed us a few of their new-for-2013 products.  It was so cold, my pen did not write, but the lasers fired up just fine.

Green laser!  There I said it.  Crimson Trace, ironically, is now in the green laser business.  Several models are now available, with more variation in the manufacturing pipeline.  CTC’s green lasers will come in trigger guard, rail-mounted, backstrap-mounted, and grip replacement systems.

Mr. Harrison showed us a currently available CMR-203, which fits pistols wearing M1913/Picatinny or Weaver rails.  Ours was mounted on a Smith & Wesson M&P auto.  The CMR has all the same standard features of CTC’s Railmaster line at an MSRP of $329.00.  The laser was definitely bright. 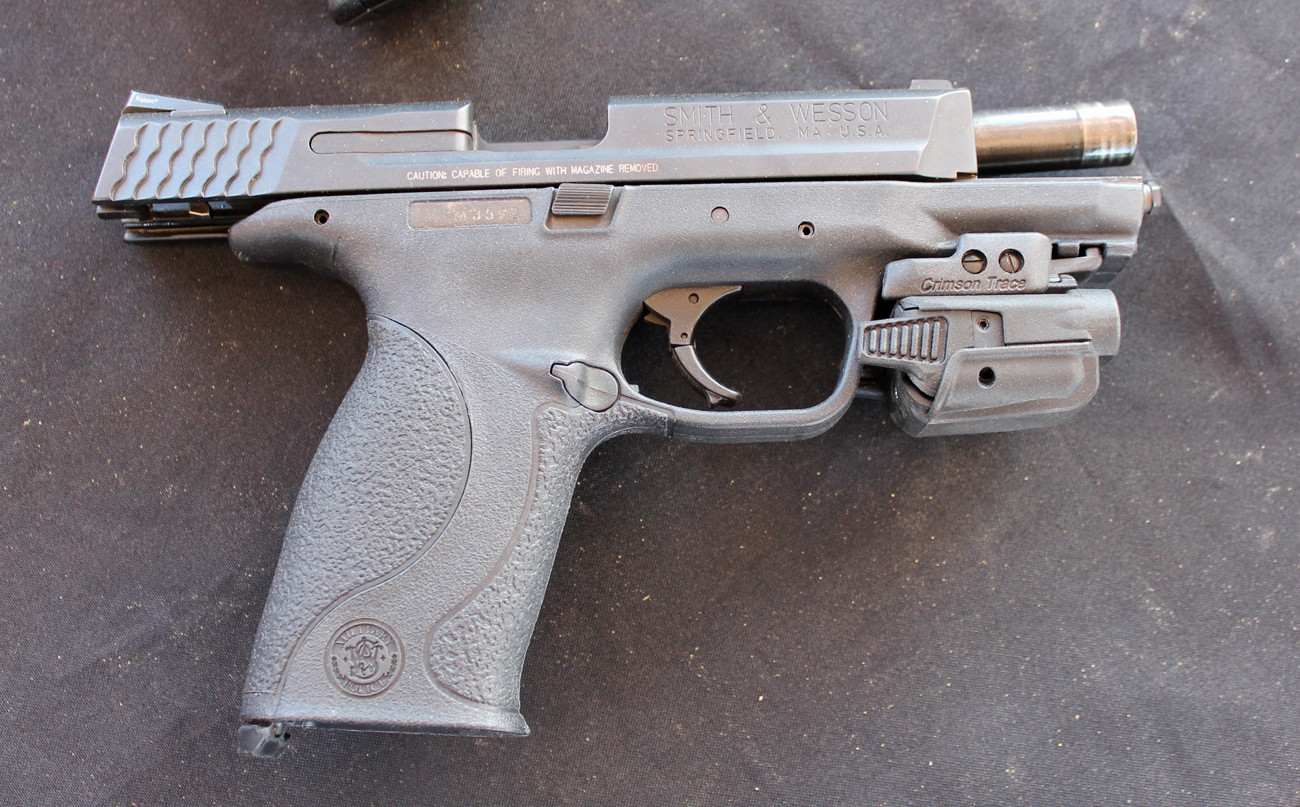 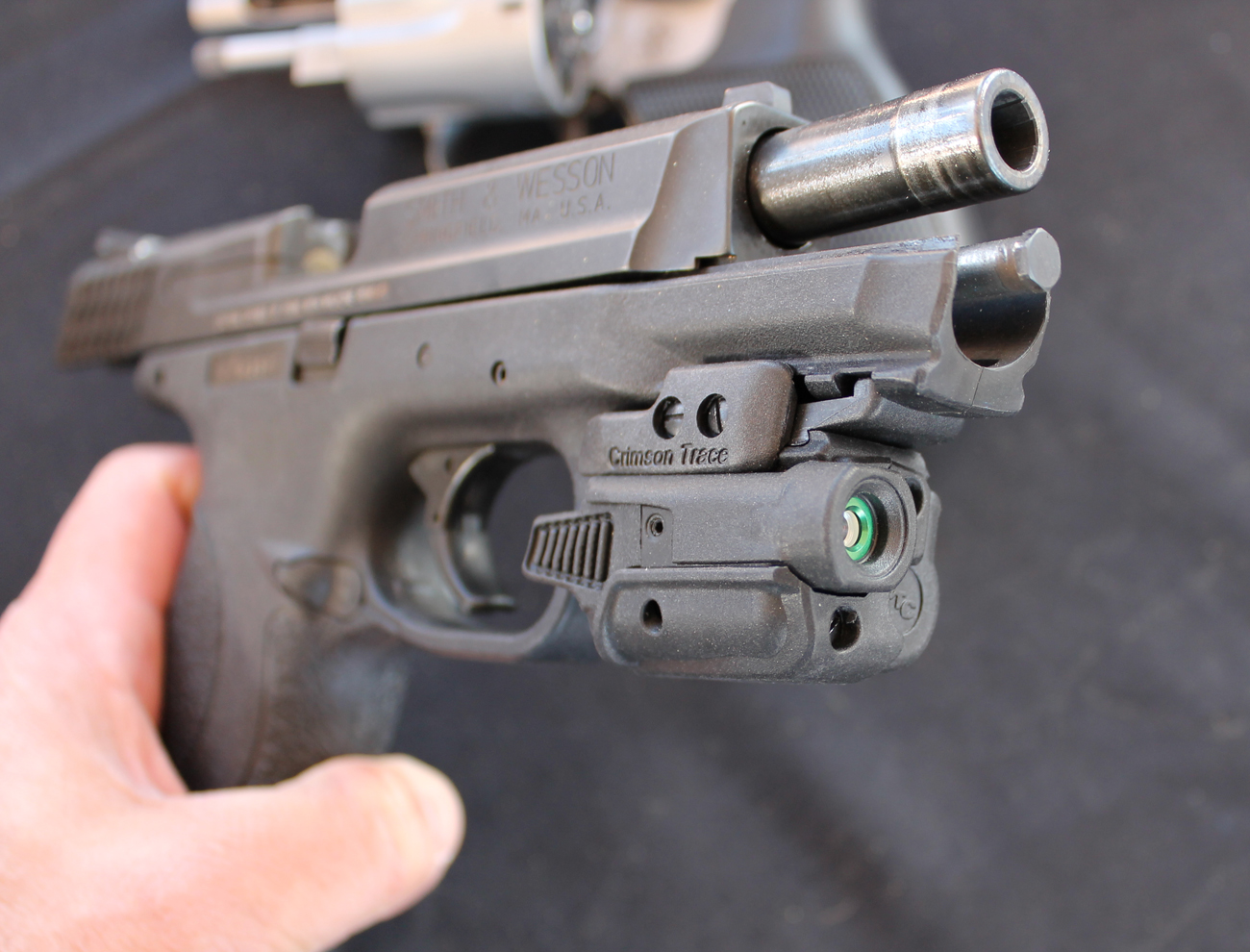 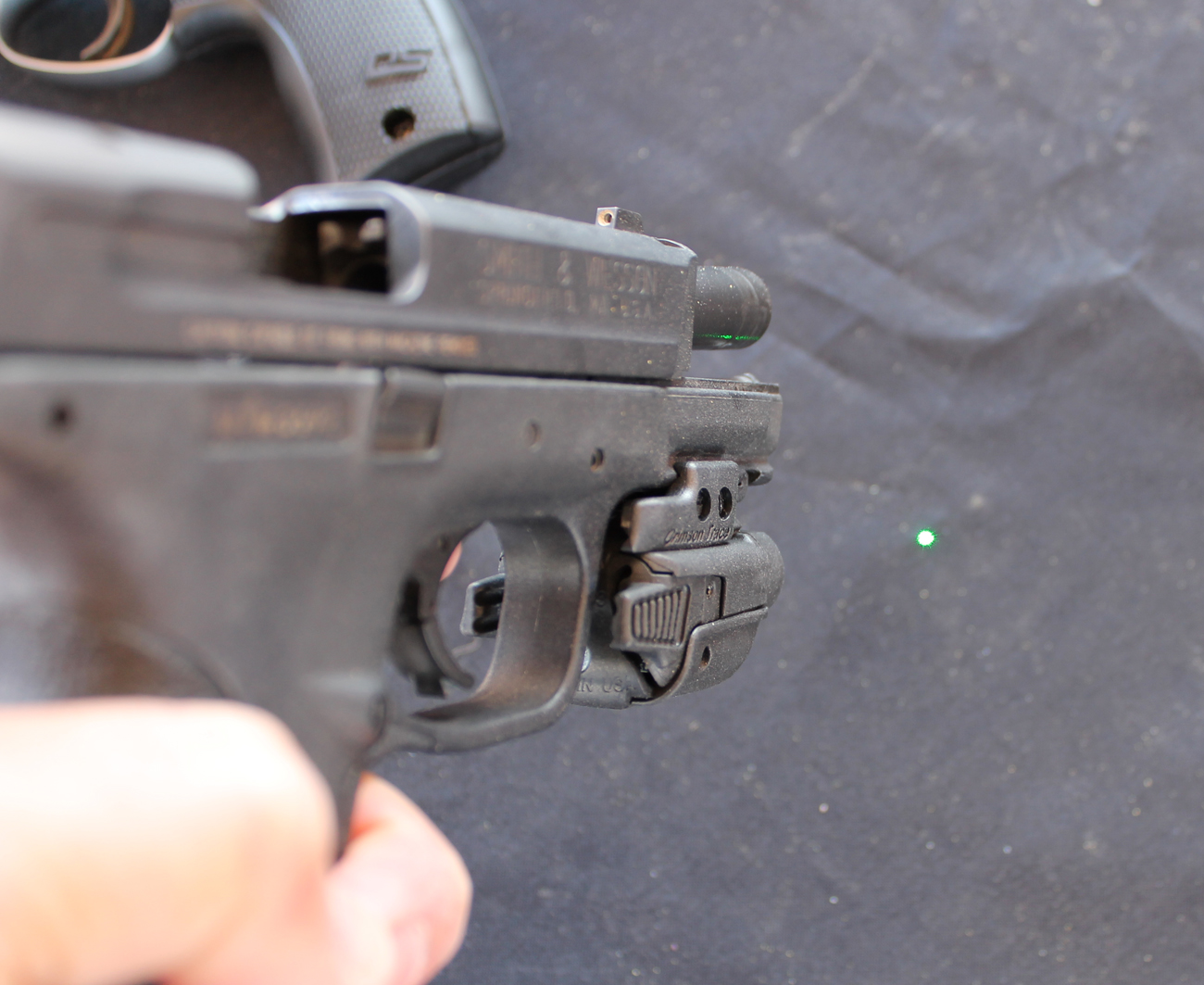 Also on the display table was a new LG-305 G, for J-frame Smiths.  Green lasers are more visible to the human eye than red ones, but they are also more costly—this one’s suggested retail price is $399.00.  Mr. Harrison said a host of new green laser equipped models will be shipping April 1. 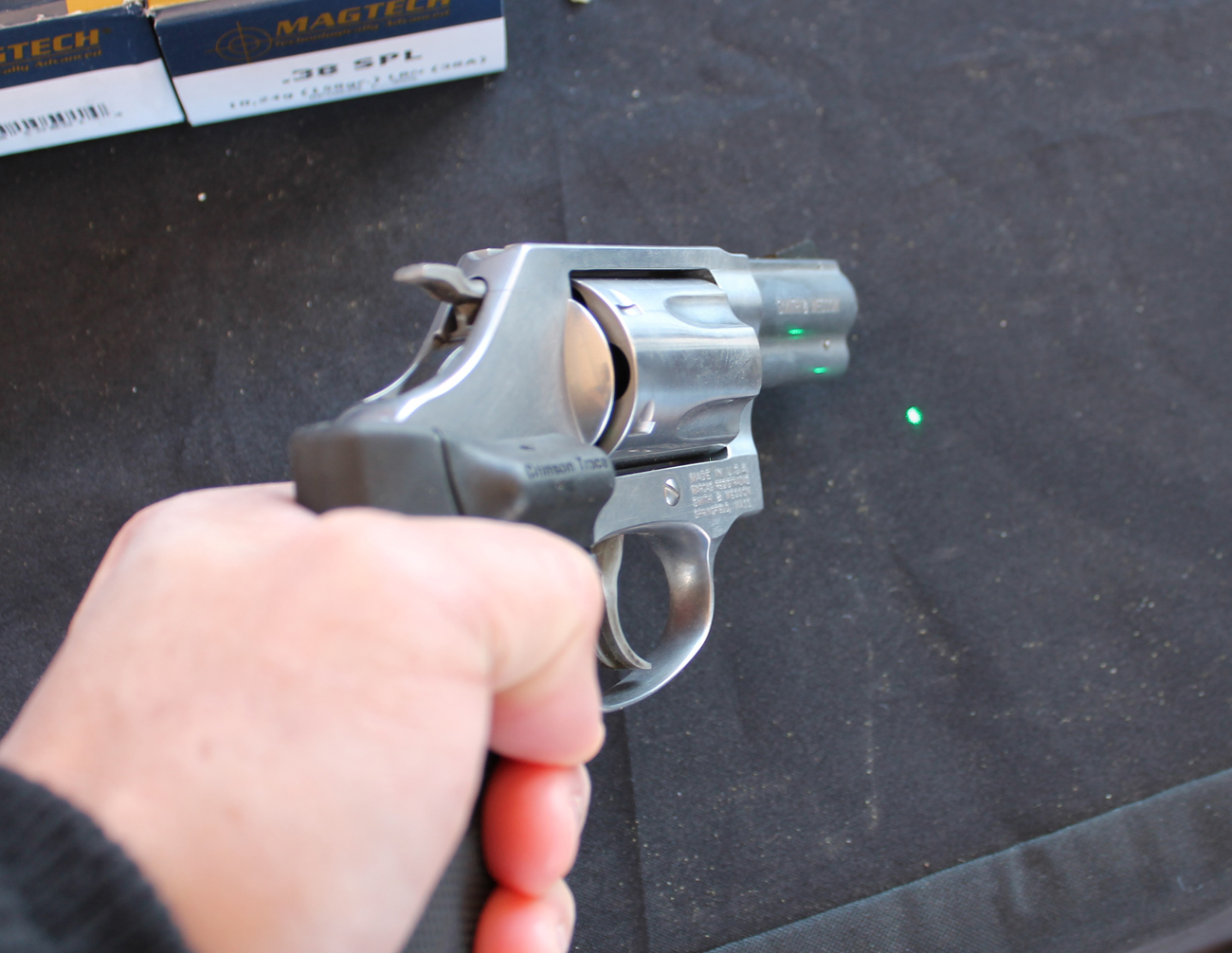 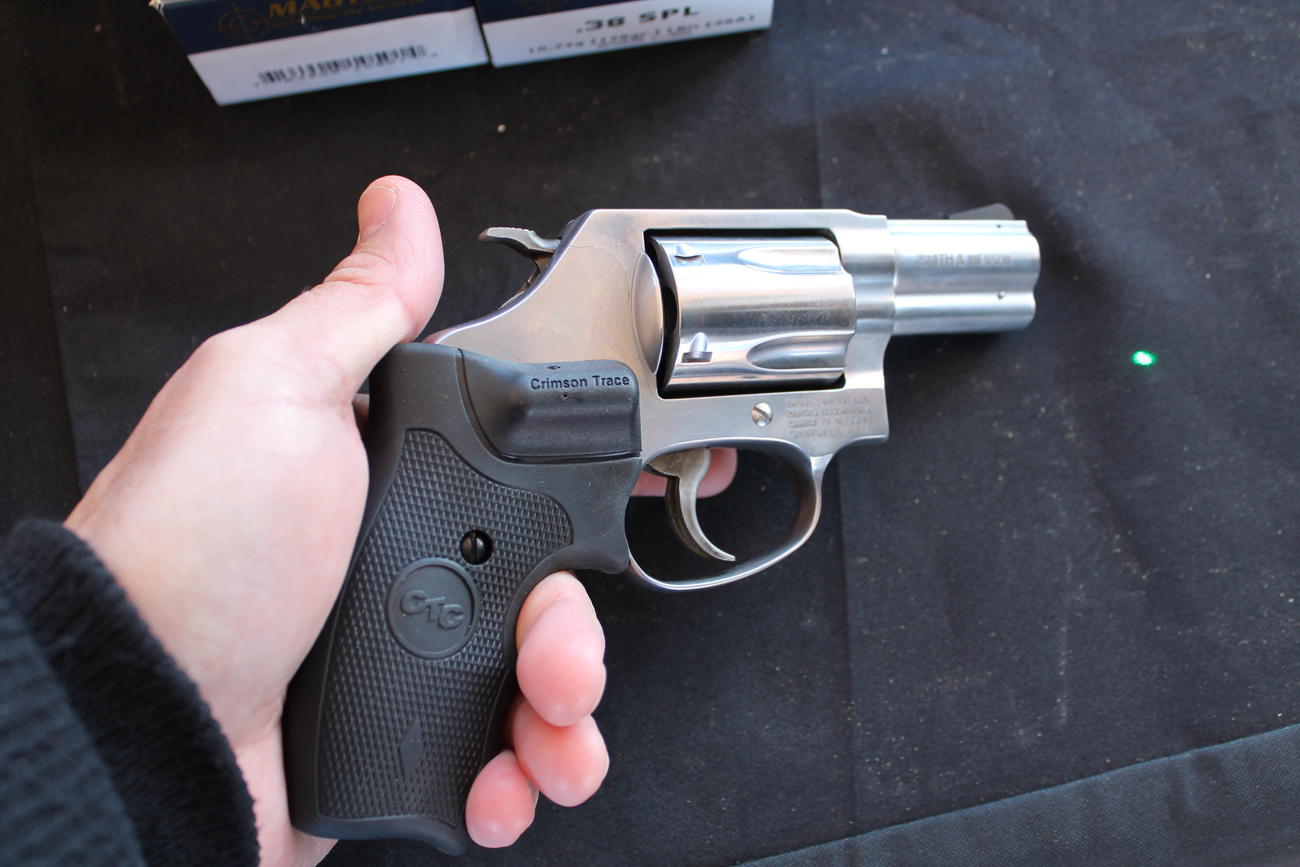 Red lasers get the job done, but there is something about green that makes me grin, like the tritium vials in Meprolight sights or the eerie glow of night vision.  I am hanging one of these on a pistol somewhere.

The Defender Series from Crimson Trace is a departure from their instinctive activation standard.  The Defenders feature a red N-Gage activation button used to arm and disarm the laser.  There is a programmed three minute automatic shut-off time if the laser is left on. 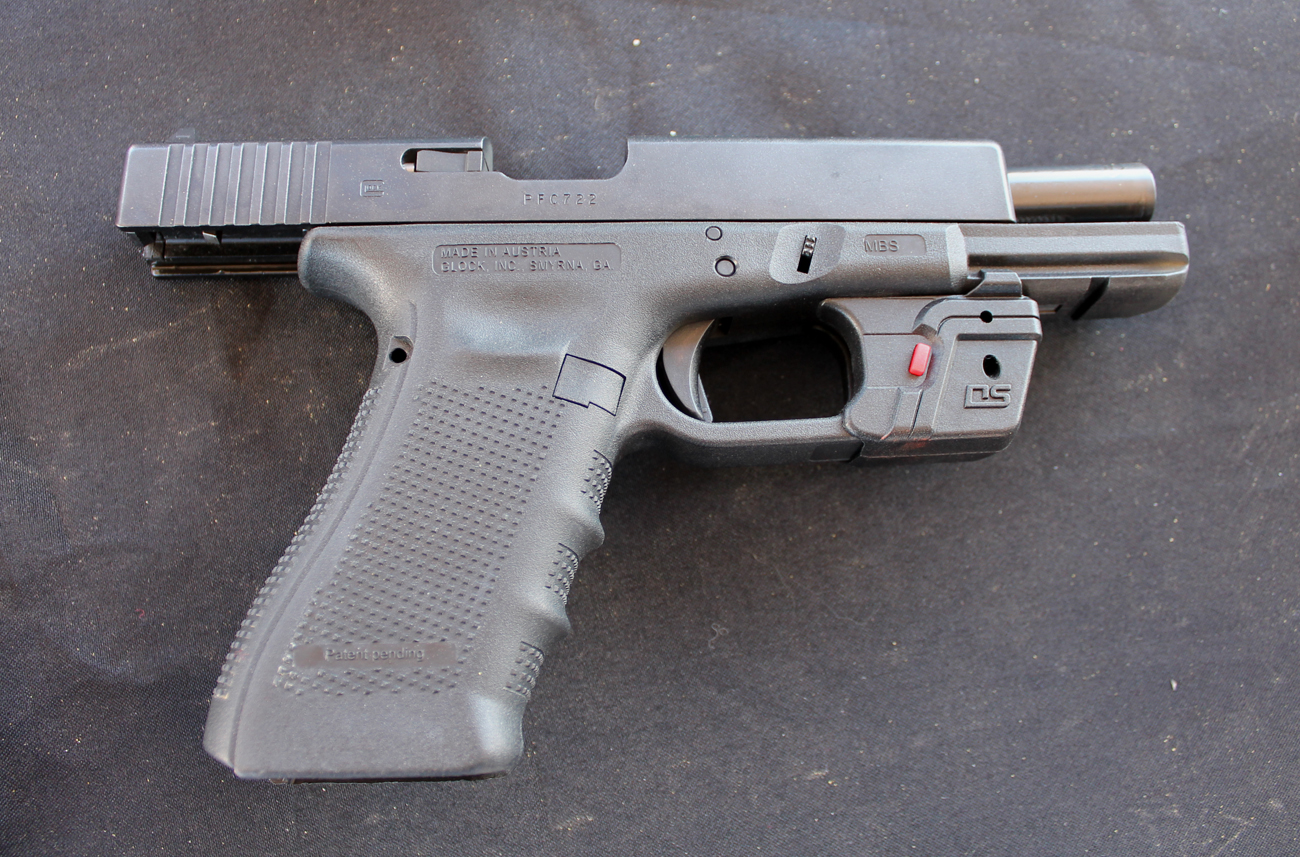 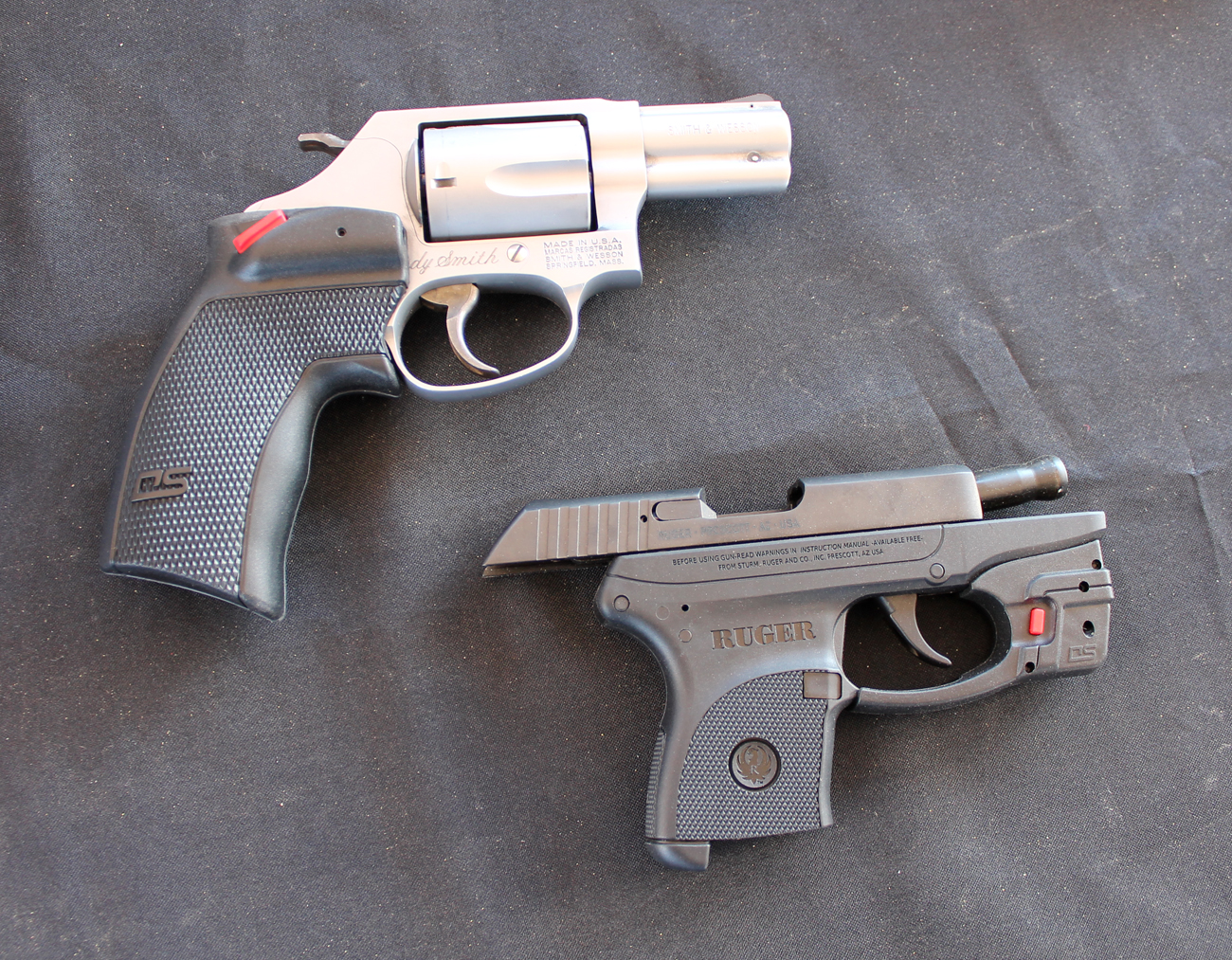 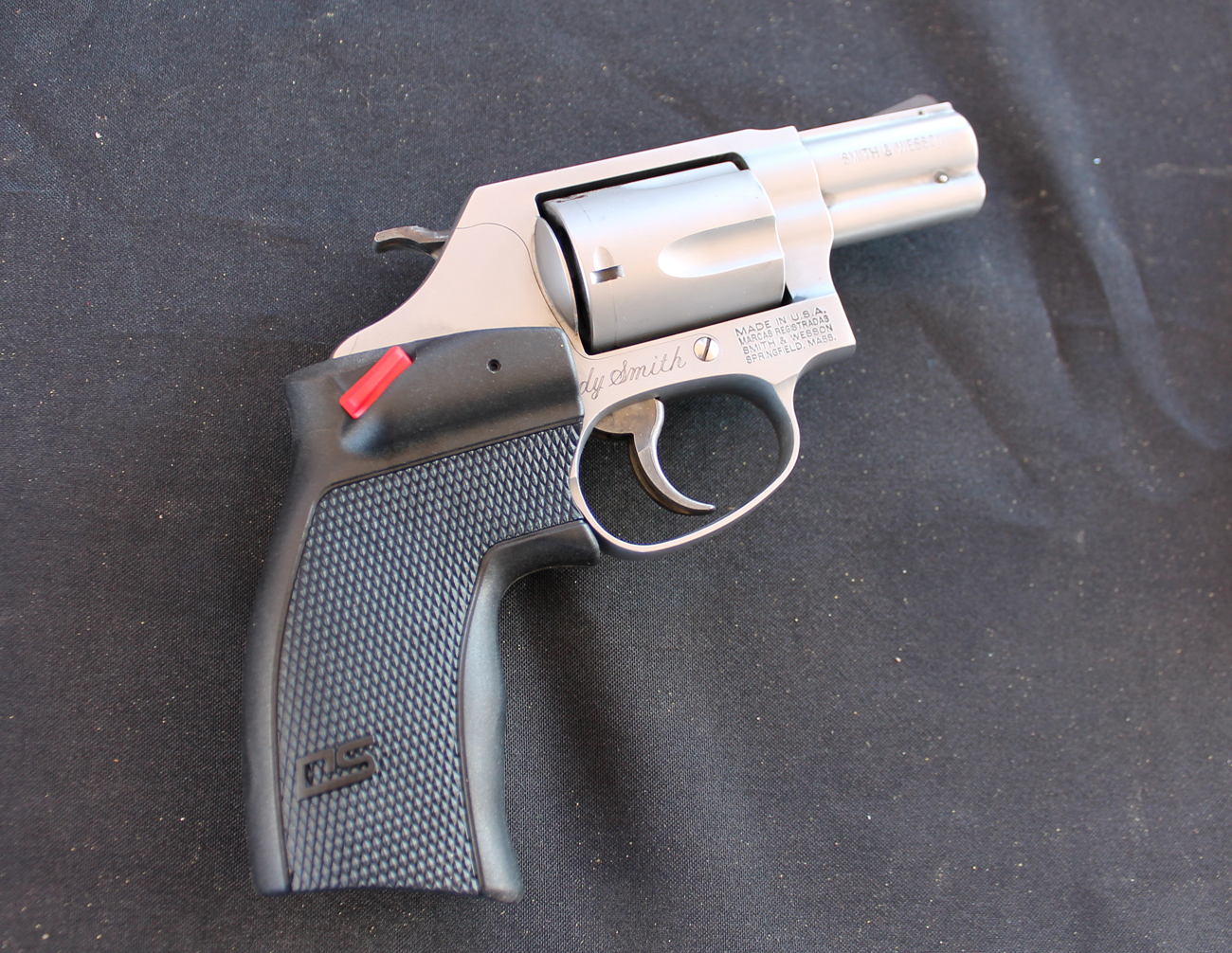 MSRP of the CTC DS pistol models is $129.00.  For the revolvers, it is $149.00.  Mr. Harrison said the Defender Series is currently shipping.  Crimson Trace products are Made in the USA.