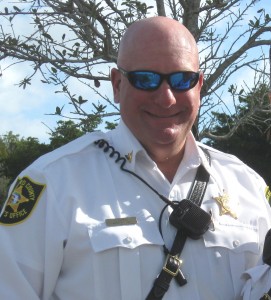 Dep. Schaub’s motorcycle collided with a silver Mercedes-Benz sedan at West McNab Road and North Andrews Avenue in Pompano Beach on Wednesday.  He was airlifted from the scene, but died of his injuries.  The driver of the Mercedes was treated for minor injuries.

Dep. Schaub was one of BSO’s fifty motorcycle officers.  He joined the Motorcycle Unit several years ago after long service as a detective.

Dep. Schaub is survived by a daughter and his son Deputy Timothy Schaub of the Broward Sheriff’s Office.  The crash is under investigation.  Funeral arrangements will be announced by BSO.