Kahr’s new CM series differs from the PM series in that the barrel on the CM has conventional rifling and not the match grade polygonal rifled barrel of a PM.  In addition, to save on cost the CM series has simple engraving on the slide, a pinned polymer front sight, a metal injection molded slide stop lever, fewer cosmetic machining operations to the slide, and ships with a single six round magazine.

Functionally, the CM40 is the same as its more expensive brother.  None of the value conscious changes alters the pistol’s outstanding capabilities as a police back-up or concealed carry weapon, in my opinion. 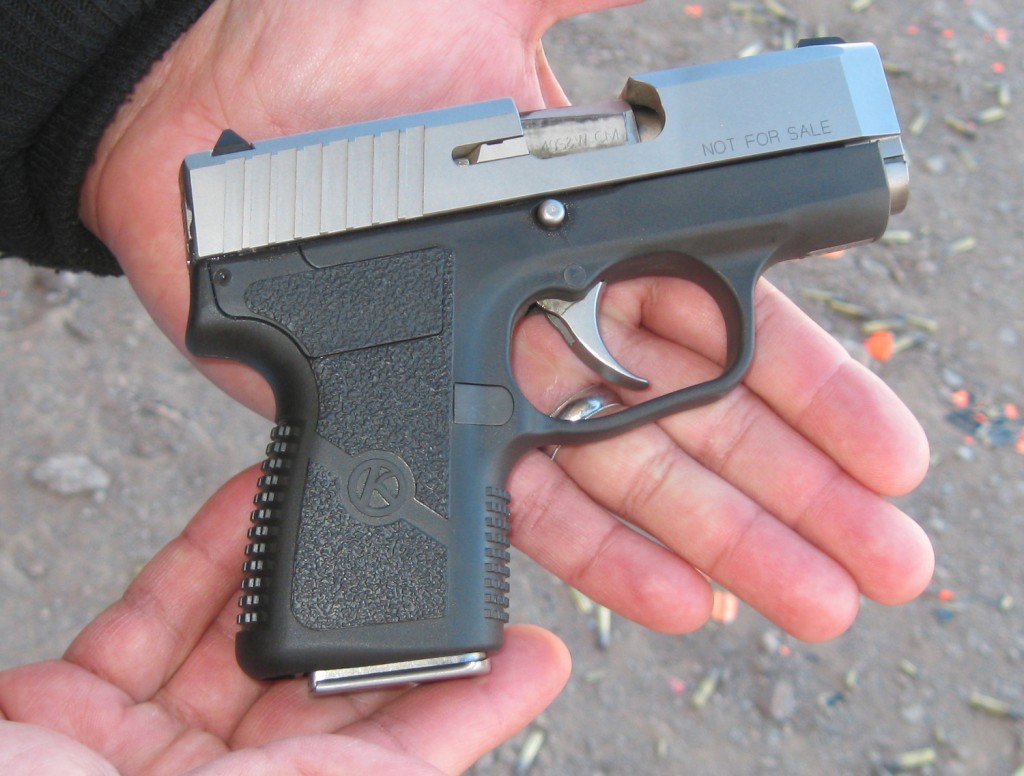 I own a Kahr PM9 that serves as an on duty back-up and an off duty carry gun.  I have over a thousand rounds through my PM9 and it has suffered not a single malfunction.  I broke the gun in with a few hundred rounds of hardball, then transitioned to 124 grain 9mm standard pressure Speer Gold Dot hollowpoints, which is my department-mandated carry ammo.

At 14 ounces unloaded, the PM9 is very light, but its 9mm recoil is negligible.  By comparison, the CM40 is 15.8 ounces unloaded.  I thought that this slight increase in weight would not offset the greater recoil of high pressure .40 cal. ammunition.

You can see in the video that the muzzle rise of the CM40 is not excessive.  I thought the gun was thoroughly controllable and not much different than shooting my Glock 27, which weighs about four more ounces.

The edge of the torso-sized plate I’m shooting at is on the upper right side of the frame.  You’ll see a couple of hits on it.  It is about 15 yards away.  From the pings, you can hear four of the five shots striking home.  I think the fifth one is in there, too–it comes off as a faint echo.

I am happy with the revolver-like long smooth trigger pull of the DAO Kahrs.  Their manual says 7 to 9 lbs. on the trigger pull, but I think it is closer to the 7.  The CM40’s trigger pull and break felt the same as my PM9.

Both the CM and PM series have dimensions that make concealed carry a snap.  I am able to easily pocket carry the PM9, if I wish.  Its small size also allows it to ride close to the body in a CCF holster.

The CM40 is just .05″ longer and .04″ wider than the PM9.  The height is the same with both containing a flush floorplate magazine.  Speaking of which, you can see in the photos that the “flush fit” magazine sticks out a bit below the bottom of the magazine well.  That is normal for a Kahr, though I admit to sometimes checking to make sure it is properly seated anyway.

I am thrilled to see Kahr Arms produce a less-pricey version of their pistols.  One dig on Kahr is that the guns have been a little on the expensive side.  Considering Kahr’s features and reliability, I do not have a problem with the cost.  That said, the new CM series will bring their guns into the reach of those on tighter budgets. 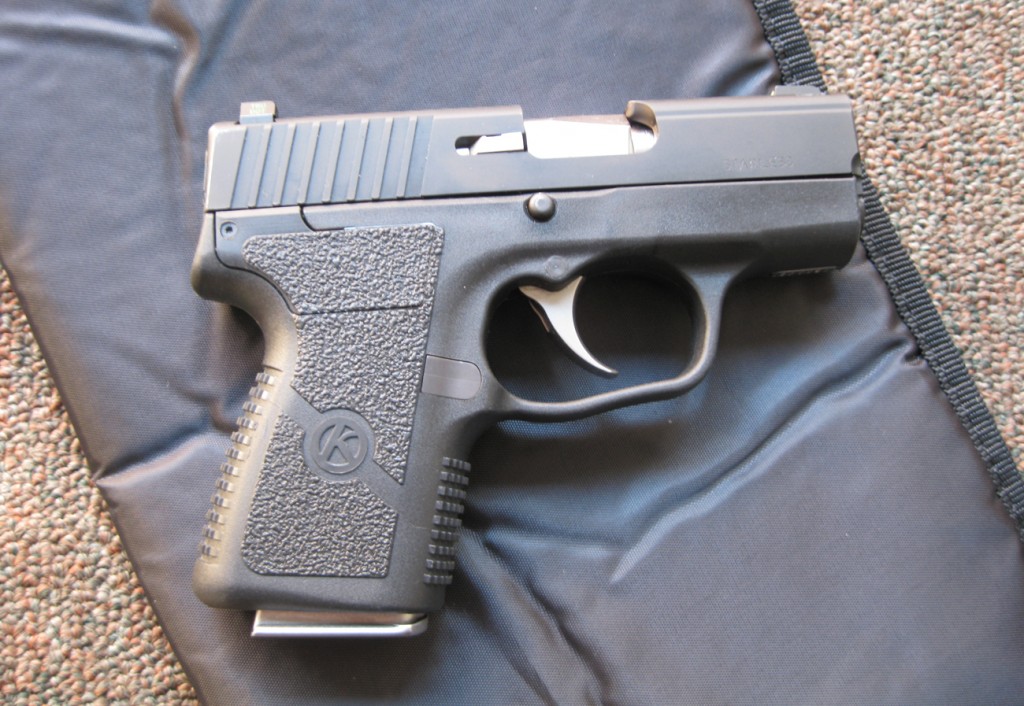 6 Responses to Review of the New Kahr Arms CM40