Florida Officer Fired For Writing Too Many Tickets…Well Sorta 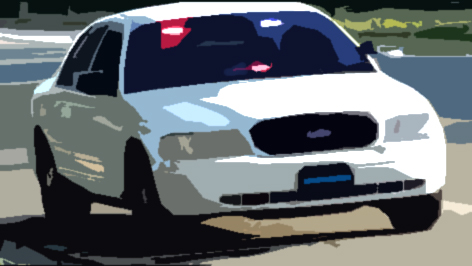 I’m sure by now everyone has read about the Palm Beach police officer fired for “writing too many tickets.”  It was repeated on numerous mainstream media sites.  Ad nauseum.  You really didn’t need to read between the lines to see it was a two-sided pissing contest.

Really?  The guy was fired for writing 115 traffic tickets in a month?  By some standards that would be a modest four weeks of cites.  At my copshop, one officer who consistently writes over 300 cites a month should be drawn and quartered!

Hopefully, it was plain as day that the termination was a politically motivated action.  The town instituted what amounts to a pay-for-performance plan (which my agency had many moons ago).  Your raise is tied to numbers.  If you pay people by their productivity, expect it to rise.

I am concerned that town officials in this day and age used “conduct unbecoming an officer” and “intimidating the citizenry” as the bases for the firing.  These are obviously subjective catch-all policy violations that show intent on the part of the town and department to fire the officer for behavior they did not like, but could not classify.

Traveling over the figurative vertical property divider, there is the officer, who sent public record electronic messages, to other officers, that were open to the interpretation that he was writing the tickets in protest to proposed contract and pension changes.  Probably not a smart move either, since we all know the administration holds the upper hand in most dealings.

When the paper storm has subsided and the lawyers been fed their chum, there will be no real winners here.  My opinion is that the town engineered a situation that the officer exploited, either for personal gain or public retaliation.  Who knows which?  Though the town is suspicious of his actions, the officer’s motivations are in his head alone and not open to forensic inspection.  The town’s punitive firing was not supported in facts.

Since there are no winners, we are all losers because once again law enforcement and their leash-holders look like a gaggle of morons.  A herd?  A flock?  Whatever.

This entry was posted in Media, Politics and tagged Florida Officer Fired For Writing Too Many Tickets. Bookmark the permalink.