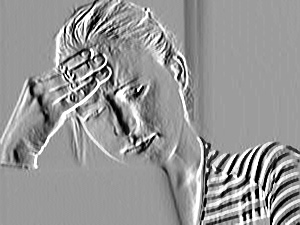 Following requisite legal definitions, the law makes it a first degree, probable cause misdemeanor to willfully and maliciously sexually cyberharass another person.  It is a third degree felony for a previously convicted sexual cyberharasser to commit a second or subsequent incident.

The statute goes on to outline a victim’s right to receive injunctive relief, monetary damage awards of $5,000 or more in actual damages, and reasonable attorney’s fees and costs. The final provisions account for search warrants and protection of minors found during warrant services.

Don’t end up a victim of this reprehensible crime–keep your private bits covered in front of the camera lens!

Here is the full text of the Sexual Cyberharassment statute:

FSS 784.049 Sexual cyberharassment.—
(1) The Legislature finds that:
(a) A person depicted in a sexually explicit image taken
with the person’s consent has a reasonable expectation that the
image will remain private.
(b) It is becoming a common practice for persons to publish
a sexually explicit image of another to Internet websites
without the depicted person’s consent, for no legitimate
purpose, with the intent of causing substantial emotional
distress to the depicted person.
(c) When such images are published on Internet websites,
they are able to be viewed indefinitely by persons worldwide and
are able to be easily reproduced and shared.
(d) The publication of such images on Internet websites
creates a permanent record of the depicted person’s private
nudity or private sexually explicit conduct.
(e) The existence of such images on Internet websites
causes those depicted in such images significant psychological
harm.
(f) Safeguarding the psychological well-being of persons
depicted in such images is compelling.
(2) As used in this section, the term:
(a) “Image” includes, but is not limited to, any
photograph, picture, motion picture, film, video, or
representation.
(b) “Personal identification information” has the same
meaning as provided in s. 817.568.
(c) “Sexually cyberharass” means to publish a sexually
explicit image of a person that contains or conveys the personal
identification information of the depicted person to an Internet
website without the depicted person’s consent, for no legitimate
purpose, with the intent of causing substantial emotional
distress to the depicted person.
(d) “Sexually explicit image” means any image depicting
nudity, as defined in s. 847.001, or depicting a person engaging
in sexual conduct, as defined in s. 847.001.
(3)(a) Except as provided in paragraph (b), a person who
willfully and maliciously sexually cyberharasses another person
commits a misdemeanor of the first degree, punishable as
provided in s. 775.082 or s. 775.083.
(b) A person who has one prior conviction for sexual
cyberharassment and who commits a second or subsequent sexual
cyberharassment commits a felony of the third degree, punishable
as provided in s. 775.082, s. 775.083, or s. 775.084.
(4)(a) A law enforcement officer may arrest, without a
warrant, any person that he or she has probable cause to believe
has violated this section.
(b) Upon proper affidavits being made, a search warrant may
be issued to further investigate violations of this section,
including warrants issued to search a private dwelling.
(5) An aggrieved person may initiate a civil action against
a person who violates this section to obtain all appropriate
relief in order to prevent or remedy a violation of this
section, including the following:
(a) Injunctive relief.
(b) Monetary damages to include $5,000 or actual damages
incurred as a result of a violation of this section, whichever
is greater.
(c) Reasonable attorney fees and costs.
(6) The criminal and civil penalties of this section do not
apply to:
(a) A provider of an interactive computer service as
defined in 47 U.S.C. s. 230(f), information service as defined
in 47 U.S.C. s. 153, or communications service as defined in s.
202.11, that provides the transmission, storage, or caching of
electronic communications or messages of others; other related
telecommunications or commercial mobile radio service; or
content provided by another person; or
(b) A law enforcement officer, as defined in s. 943.10, or
any local, state, federal, or military law enforcement agency,
that publishes a sexually explicit image in connection with the
performance of his or her duties as a law enforcement officer,
or law enforcement agency.
(7) A violation of this section is committed within this
state if any conduct that is an element of the offense, or any
harm to the depicted person resulting from the offense, occurs
within this state.

Section 2. Subsection (16) is added to section 901.15,
Florida Statutes, to read:
901.15 When arrest by officer without warrant is lawful.—A
law enforcement officer may arrest a person without a warrant
when:
(16) There is probable cause to believe that the person has
committed a criminal act of sexual cyberharassment as described
in s.784.049.

Section 3. Subsections (9) and (10) of section 933.18,
Florida Statutes, are amended, and subsection (11) is added to
that section, to read:
933.18 When warrant may be issued for search of private
dwelling.—No search warrant shall issue under this chapter or
under any other law of this state to search any private dwelling
occupied as such unless:
(9) It is being used for the unlawful sale, possession, or
purchase of wildlife, saltwater products, or freshwater fish
being unlawfully kept therein; or
(10) The laws in relation to cruelty to animals, as
provided in chapter 828, have been or are being violated
therein; or
(11) An instrumentality or means by which sexual
cyberharassment has been committed in violation of s. 784.049,
or evidence relevant to proving that sexual cyberharassment has
been committed in violation of s. 784.049, is contained therein.
If, during a search pursuant to a warrant issued under this
section, a child is discovered and appears to be in imminent
danger, the law enforcement officer conducting such search may
remove the child from the private dwelling and take the child
into protective custody pursuant to chapter 39. The term
“private dwelling” shall be construed to include the room or
rooms used and occupied, not transiently but solely as a
residence, in an apartment house, hotel, boardinghouse, or
lodginghouse. No warrant shall be issued for the search of any
private dwelling under any of the conditions hereinabove
mentioned except on sworn proof by affidavit of some creditable
witness that he or she has reason to believe that one of said
conditions exists, which affidavit shall set forth the facts on
which such reason for belief is based.

This entry was posted in Legal. Bookmark the permalink.