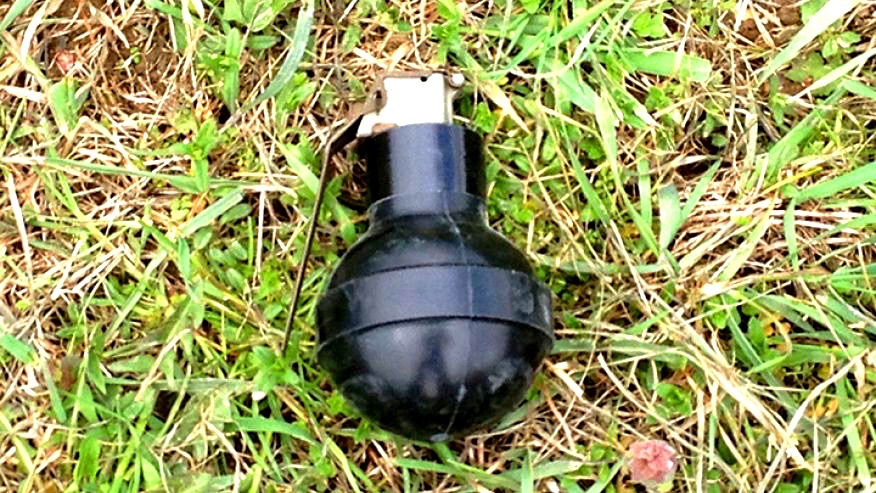 How would you fancy someone “taking a chunk of rotting corpse from a stagnant sewer, placing it in a blender and spraying the filthy liquid in your face.”  Skunk brand crowd control liquid, made by Odortec Ltd., delivers that vile scenario, according to one Reuters reporter.  Sounds like The Running Dead.

We all know that dispersing unruly masses with smoke, CS, or OC can be effective if the crowd is given lawful orders, clear instructions, and viable escape routes.  Skunk is marketed as a “non-lethal malodorant” that comes with a strong incentive to flee from your own gag reflex.

Skunk’s formula is water-based, eco-friendly, biodegradable, non-flammable, and made from food-grade ingredients.  But don’t think it comes without a noxious parting gift. Unless you possess Odortec’s proprietary decontamination soap, that not-so-freshly-dead stench will be giving you the zombie’s embrace for days until it eventually dissipates. Whew, Bob, where’d you spend your weekend?

Skunk is available in the U.S. from Mistral Security, Inc. in the following diabolical delivery systems:

The MK-20 disposable canister holds 20 ounces of Skunk and is filled and pressurized at the factory. When placed into use, the MK-20 has a range of approximately 20-24 feet.

MK-46 HE Canister
The MK-46 can be refilled with Skunk and re-pressurized with standard N2 cartridges. It holds 60 ounces of Skunk and has a range of 40 feet.

The skid sprayer has a 50 gallon tank and uses a 5 hp motor and pressure regulator to spray Skunk. It has a range of over 60 feet and dispenses Skunk at a rate of 7 gallons per minute.

Skunk can be purchased in 264 gallon barrels and used with pumper trucks to treat large areas in a very short period of time.

Skunk is also available in 40mm grenades that can be deployed down-range by either hand tossing or launching it from a 12 gauge shot gun.

Israeli police and the IDF have field-tested Skunk with mixed results at several violent demonstrations.  The Israeli’s sprayed Skunk from armored tankers armed with water cannons. They must’ve purchased the 264 gallon barrels…

Mistral says the U. S. Army and some stateside law enforcement agencies have tested Skunk.  It has been reported that police departments in Missouri and Louisiana have purchased Skunk (and the decon soap).  Today’s climate is such that officials are seeking out safe and more effective methods to quell unlawful demonstrations and associated criminal behavior.

Let’s see, as cops we get to be the crash test dummies for electronic control devices, K9 dogs, OC spray, CS gas, and painful defensive tactics sessions.  Now we can look forward to being hosed down with a vomit-inducing liquid?  Bummer.