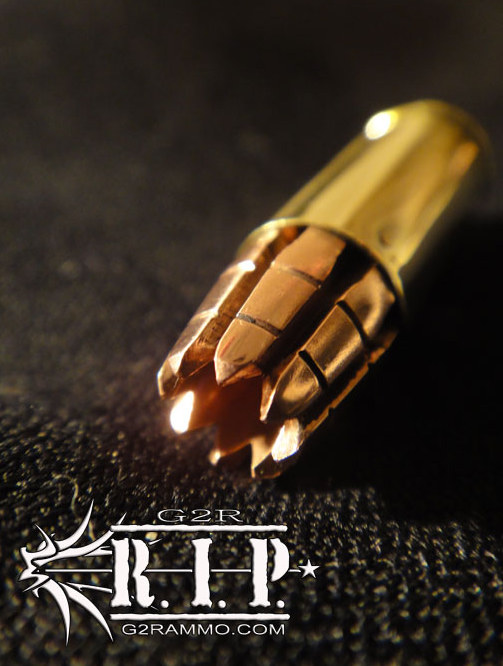 Bullet technology is becoming more inventive with each primer strike.  These new projectiles from G2 Research may be more art than science, but they definitely push the marketing envelope.  The press release I received in my Inbox proclaimed, “Flying Hole Saw Defense Round.”  Uh-huh.

G2’s www.G2Rammo.com Radically Invasive Projectile (R.I.P.) means just that, RIP!  In fact, firing this bullet downrange is like firing a hole saw at a target.

The key to the R.I.P. round’s devastating effect is its exclusive bullet construction that causes the round to fragment into several separate controlled copper fragments thus causing more bleeding, trauma and pain all designed to stop an attacker quickly. The fragments are called trocars and the .380ACP, has 7 and there are 9 for all the other listed calibers.

When the R.I.P. round enters the target, the large hollow point creates a huge temporary wound and the individual Trocars peel from the bullet body and spread in a controlled, multi-inch circular wound pattern while the bullet base continues traditional penetration.

No need for hyper velocity: G2 Research found that higher velocities do not significantly increase the R.I.P. round’s devastating results. On top of that, these lighter weight bullets loaded to reasonable power levels result in much lower recoil and noise, making for very quick follow-up shots (if necessary) even in small lightweight handguns.

The all copper R.I.P round will penetrate heavy winter type clothing and is safe for use in handguns with polygonal rifled barrels (such as Glocks, certain H&Ks and Glock’s unsupported chamber).

Each R.I.P. bullet is individually machined on a six-axis CNC machine and it is this precise one-at-a-time machining and subsequent loading into an over the top quality cartridge case that contributes to the higher price point. Then again, this is not plinking or target ammunition and sometimes you just gotta ask yourself: What is my life is worth? Would I spend $200 bucks to live a few more years? 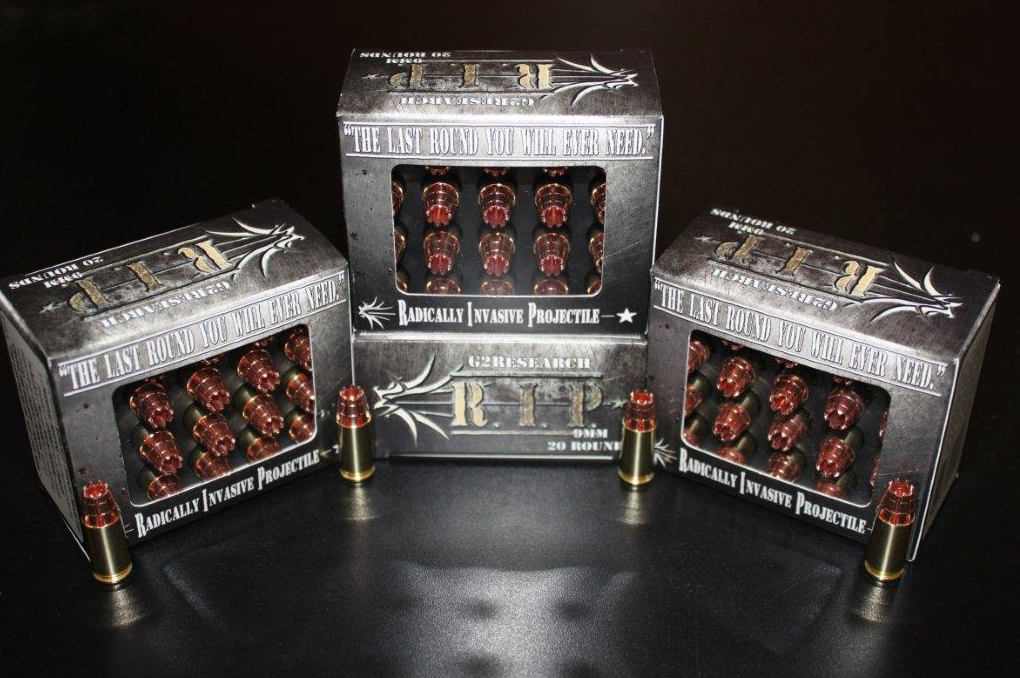 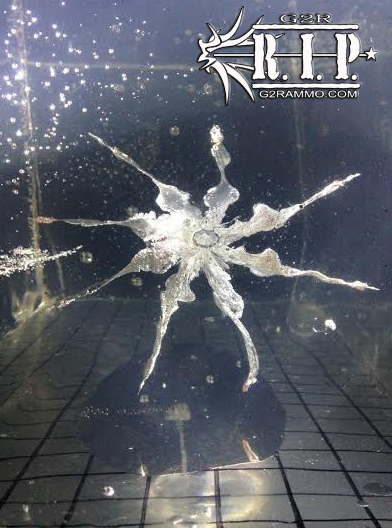 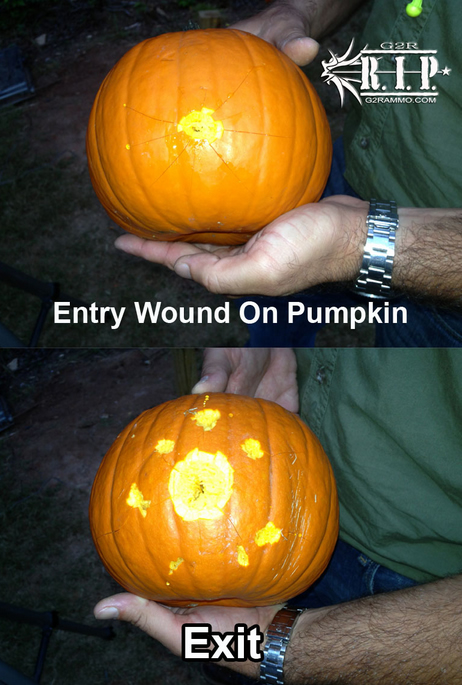 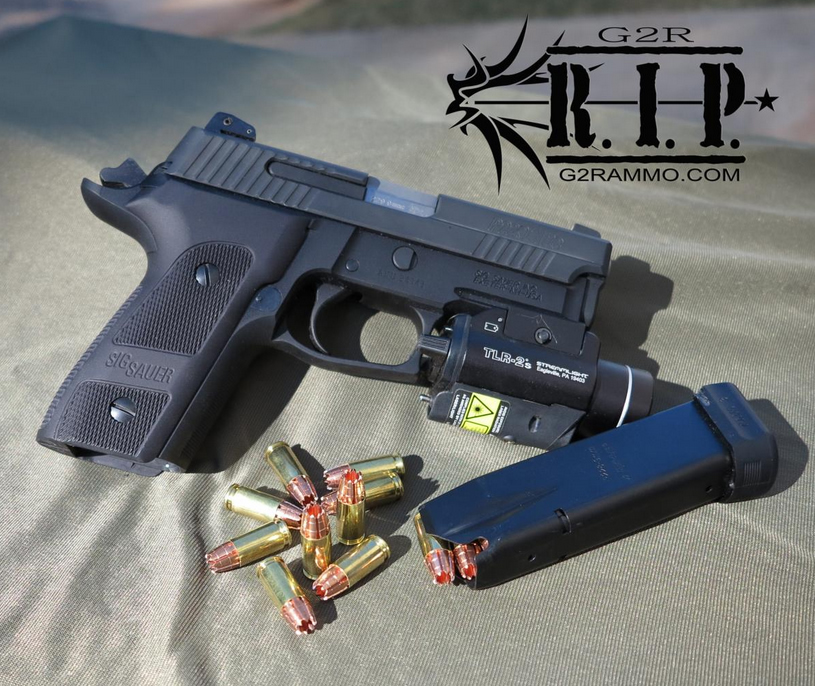 My first thought when I saw the R.I.P. round was, “Failure to feed!”  I showed it to a co-worker, who thought that some part of the bullet would get hung up on a feed ramp.  Pretty aggressive stuff here, both in looks and advertising.  Time will tell if these boutique rounds will become popular or be dead on arrival.

This entry was posted in Firearms, Off Duty, Technology. Bookmark the permalink.