German Sport Guns Will Make an MP40 in 9mm! 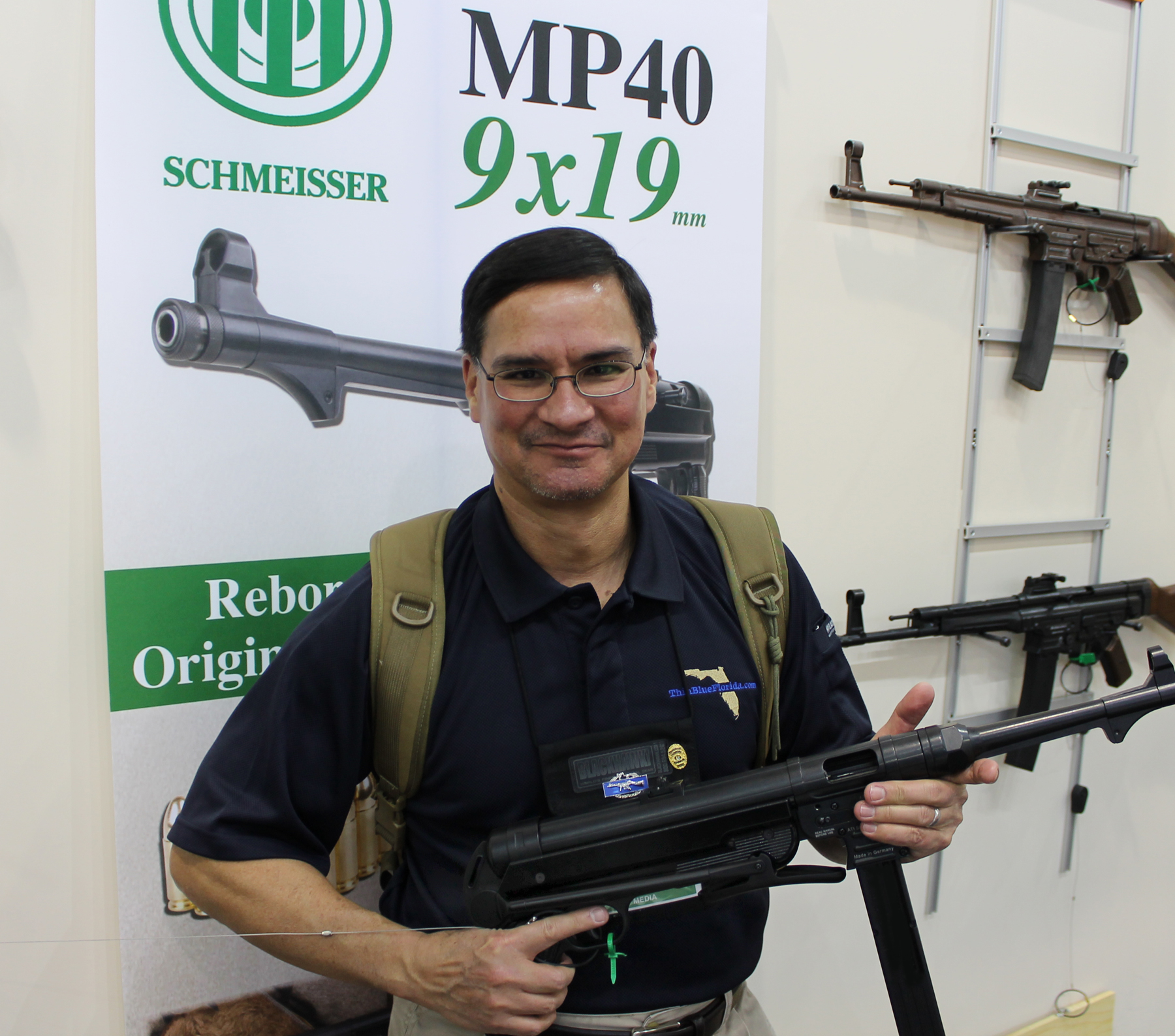 German Sport Guns GmbH proudly announced at SHOT Show 2015 that they will manufacture a 9 x 19mm version of their MP40 Schmeisser steel replica.  The MP40 is the infamous World War II German submachine gun that GSG currently sells in .22 LR.  Chambered for 9mm, the sub gun will return to its roots.

I appreciate German engineering and I am as fond of my little BMW 3 series as I was my Heckler & Koch MP-5.  The closest I have come to shooting a Schmeisser is in the Call of Duty video game series.  I would love to have one of these subs in 9mm.

The rep at SHOT told me the sub guns would have combination 16″ barrels for civilian sales.  A faux silencer will give the extra length to make it legal in the U.S.  A “pistol” version will have the original Scmeisser’s 9.9″ barrel, but no underfolding stock.

GSG will have to update the firing system of the original MP40, which was fully automatic and fired from an open bolt.  The modern guns will be semi-automatic and fire from the closed bolt.

After developing and building the necessary tooling in 2015, GSG should have the 9mm MP40’s shipping in 2016.  When I asked for an MSRP, the GSG rep shrugged and said, “Ich weiss nicht.”  Okay, he really said, “I don’t know.”

The .22 cal. version of the MP40 sells for less than $500.00.  I would not be surprised to see the 9mm iteration sell for two to three times that much.  People will buy them.

2 Responses to German Sport Guns Will Make an MP40 in 9mm!