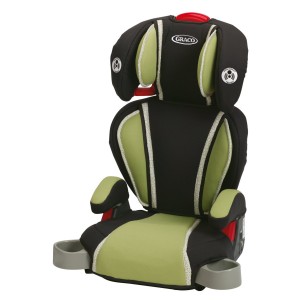 Changes to Florida’s Child Restraint requirements go into effect today.  Children under five years of age must now be transported in a federally approved separate carrier child seat, vehicle manufacturer’s integrated child seat, or belt-positioning booster seats while riding in a motor vehicle upon the roadways, streets, or highways of the State.  Previously four and five year olds could be restrained with just a seat belt.

(1)(a) Every operator of a motor vehicle as defined in this section, while transporting a child in a motor vehicle operated on the roadways, streets, or highways of this state, shall, if the child is 5 years of age or younger, provide for protection of the child by properly using a crash-tested, federally approved child restraint device.

1. For children aged through 3 years, such restraint device must be a separate carrier or a vehicle manufacturer’s integrated child seat.

2. For children aged 4 through 5 years, a separate carrier, an integrated child seat, or a child booster seat may be used. However, the requirement to use a child restraint device under this subparagraph does not apply when a safety belt is used as required in s. 316.614(4)(a) and the child:

a. Is being transported gratuitously by an operator who is not a member of the child’s immediate family;

b. Is being transported in a medical emergency situation involving the child; or
c. Has a medical condition that necessitates an exception as evidenced by appropriate documentation from a health care professional.

Violations of this section are still moving violations with an assessment of three points to the violator’s driver license.  Points can be waived by attending a court-approved child restraint safety course.  Link to the entire statute here.