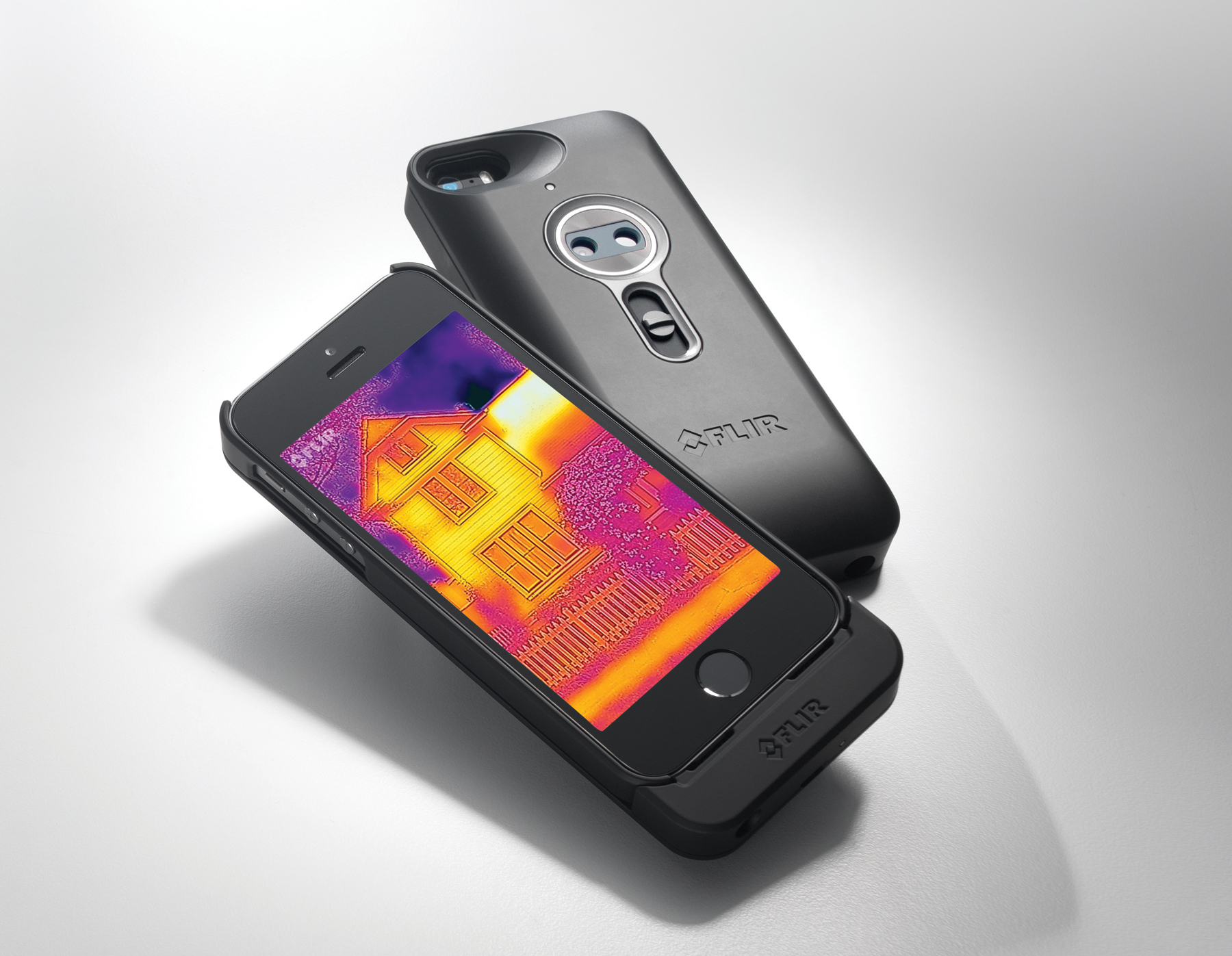 FLIR Systems, Inc. is producing a new low-cost thermal imaging system that mates to an iPhone 5 or 5s and lets the user view heat signatures through the cell phone’s display.  The new device is called FLIR One and will sell for about $350 (iPhone not included).

I mention this product, not because I see it as a cutting edge law enforcement tool, but because I see this as a precursor to some exciting technology coming to a cop shop near you.  I predict cost-effective thermal imaging will make infrared night vision obsolete as an LE search tool.

A few SHOT Shows ago, I previewed FLIR’s latest handheld thermal units–the PS series for public safety and civilian use.  I played with a PS-24 and had a blast pointing it around at people and marveling at its clarity and magical illumination.

FLIR’s current handheld models start at about $2,000.  The FLIR One uses the iPhone as a part of its system.  This, plus its latest lower resolution Lepton™ camera, keeps the price down.  A PS-24 has a 240 x 180 pixel resolution.  The FLIR One captures an 80 x 60 pixel res. 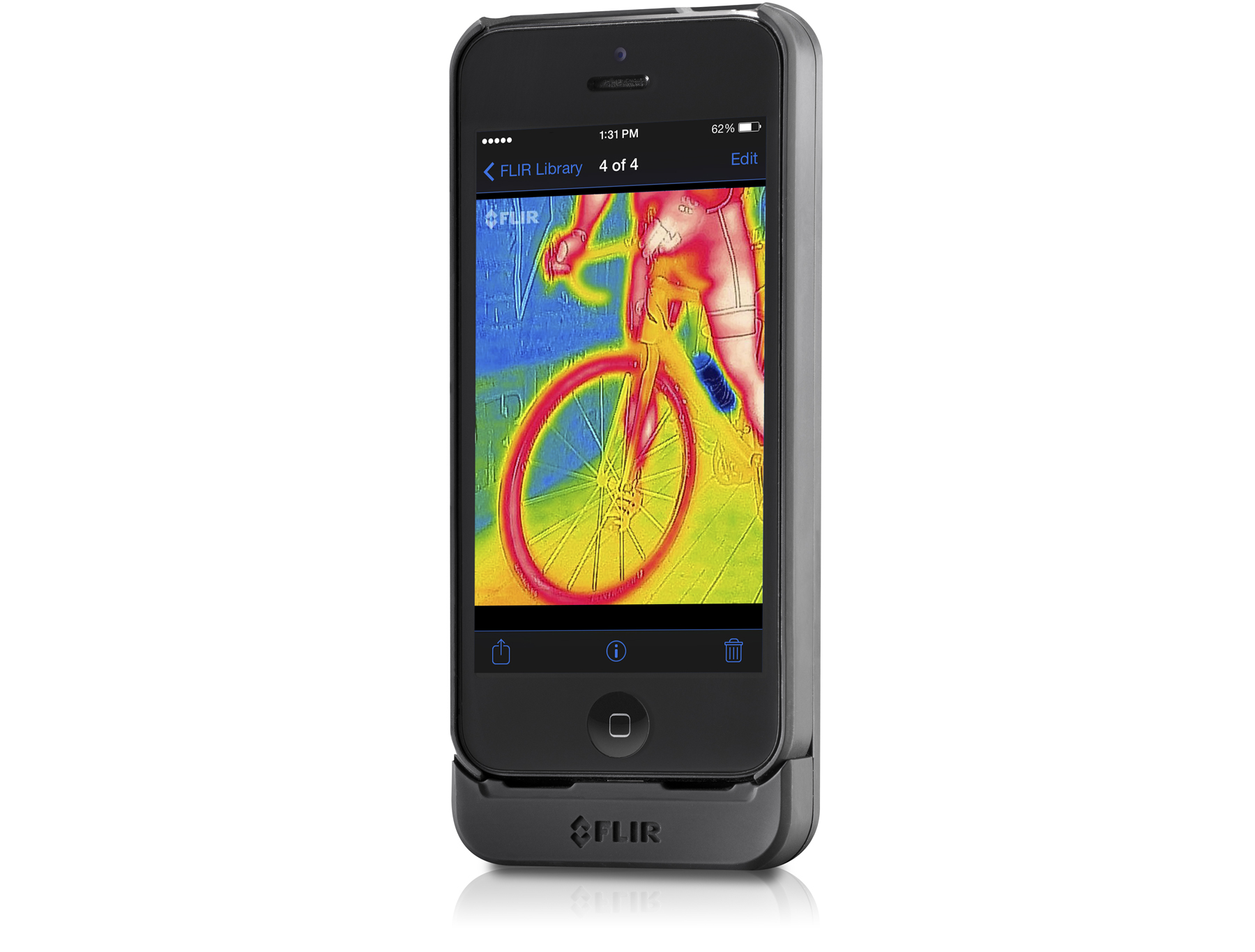 FLIR One’s Lepton camera runs off its own 1400 mA/h battery, which has a two hour capacity.  The FLIR One snaps on to the iPhone, doubling its width, adding 3.9 ounces to the package, and making for a protective case.

Again, I would not advocate using this latest device for a high risk search on the job, but I put it to you that this is just the kind of advancement that will trickle up into a useable form for our street officers within the next decade. 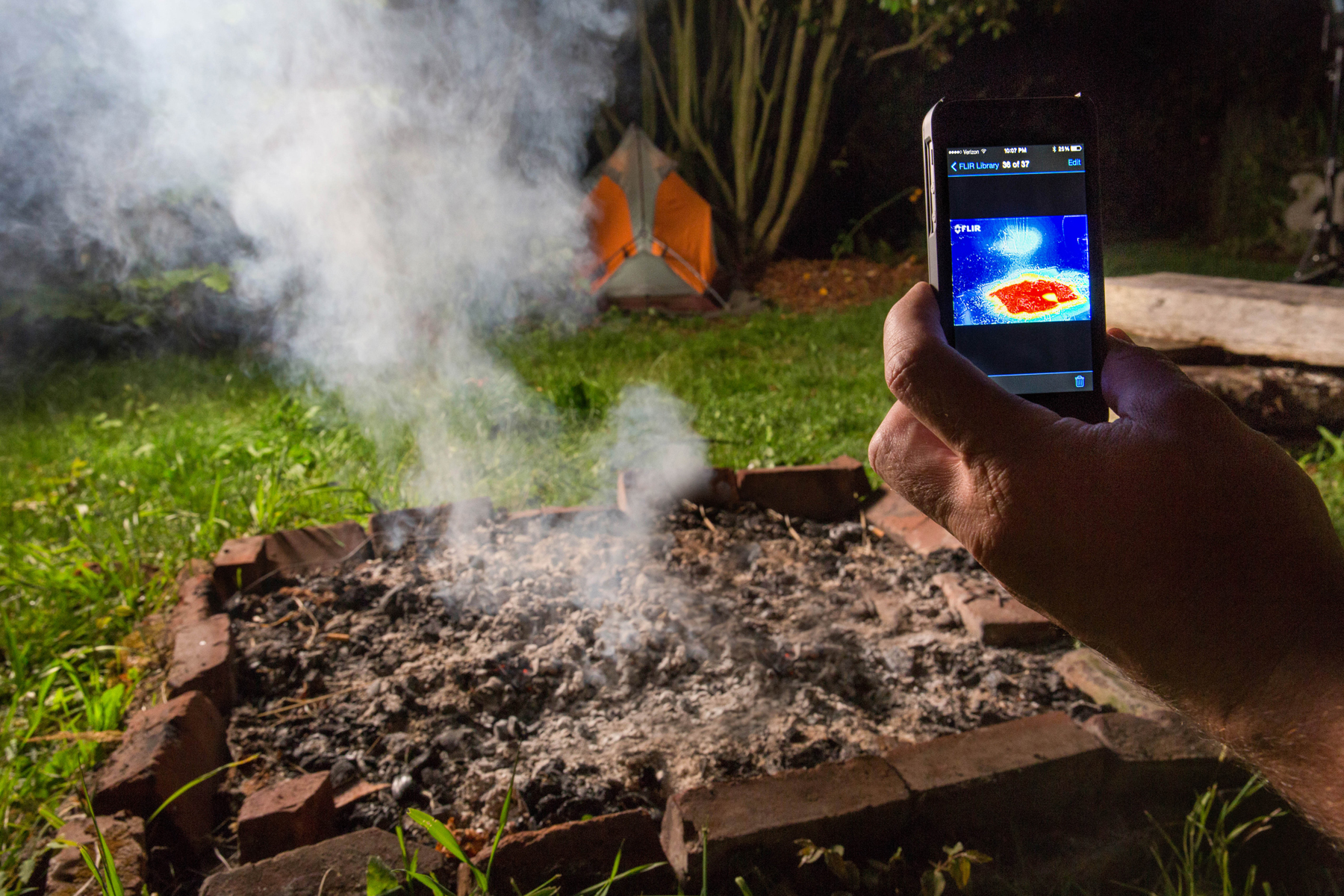 As far as officer safety goes, thermal imaging will be the future of outdoor and building searches for next generation cops.  Whenever I see something new like these thermal imagers come along, I think back to the very first handgun-mounted incandescent flashlights we saw in the late 1980’s which made us go, “Geeeee Whizzz!”

Oh, hell, I was there when the semi-automatic pistol replaced the police revolver in our holsters.  Change is the constant.

This entry was posted in Officer Safety, Technology and tagged FLIR Police. Bookmark the permalink.