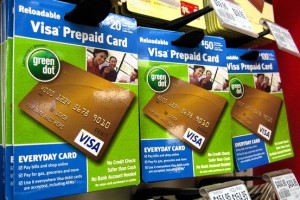 Please spread the word to your friends, family, co-workers and anyone else who may be vulnerable:  Do not fall for prepaid card scams!  Every week I read cases where victims have been tricked out of money by suspects on the phone posing as anyone from a local power company, to the IRS, to law enforcement.  It is a national problem.

The scam occurs when an unscrupulous ne’er-do-well calls a victim.  It goes something like this, “I’m Supervisor Smith from Duke Energy.  Your business account is in arrears and you need to make a payment by prepaid card before 11 a.m. today or your power will shut off.”

Prepaid cards are available from most major credit card companies and financial institutions.  A consumer “loads” the card with money and uses it as one would use a credit card.  The card numbers and PINs are given to the official-sounding bad guy over the phone and the money goes poof.

Often the suspect will have background information on his mark to make the call seem legitimate—such as previous payment dates, account numbers, personal information, or even names of relatives.  These are obtained over the Internet or through illegitimate means.

We first started seeing this fraud late last year at local restaurants.  The manager would receive a call shortly before lunch service from a bad guy saying that they needed to load anywhere from $500.00 to $2,000.00 onto prepaid Green Dot cards.  They would be given a phone number to call back with the card numbers to make the “payment.”

And some restaurant managers fell for it.  Since then, the scam has progress into other areas, like a call from the IRS saying that they did not receive your taxes.  But the reports I have been reading have gotten much darker of late.

The suspects have been targeting the elderly.  In one heartbreaking report a senior citizen received a phone call from his sobbing son, who was distraught, then a “policeman” came on the line and said a payment was needed to keep the man’s son out of jail.  He was told the money needed to be received before a hearing that morning.

The man rushed to the bank, loaded several prepaid cards, then called the “policeman” back, giving him the card numbers and PINs.  It was especially sad that the man had actually contacted his lawyer, who flat-out told him it was a scam.  The victim, who was terrified for his son, sent the money anyway.

You probably have guessed that the “son,” with whom the man exchanged only a few brief words, was not really his son.  I did feel bad for that old fella.  I won’t go into the criminal intel about where the funds are going in these scams, except to say it is out of the Continental U.S. and that the money isn’t coming back.

Education is the key here.  First of all, no legitimate business or government agency will ask you to pay anything with a prepaid card.  If in doubt, make your own call to a customer service number found on a bill, in a phone directory, or via an official website.  Be suspicious.  And spread the word.

This entry was posted in Detectives, Misc.. Bookmark the permalink.