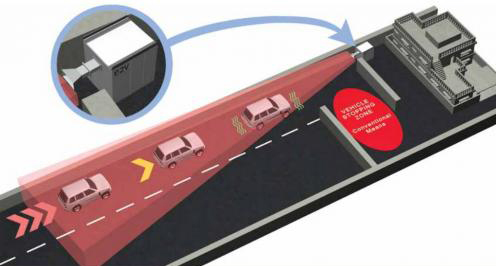 e2v technologies is a British company which is diversified into the defense, space, medical, industrial, civil aeronautics, and security industries.  They have a multitude of products that revolve around hi-reliability semi-conductors, lasers, radars, and the like.  In their security and rescue division is the RF Safe-Stop System.

The system uses a proprietary radio frequency emission to “confuse” the electronics of a car or ship thus bringing it to a halt.  e2v says they have tested the RF Safe-Stop in low speed applications.  Further testing is in the works.  A prototype RF Safe-Stop is shown below  in the bed of a pickup. 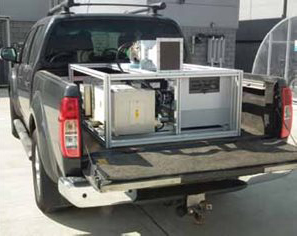 I guess I am a bit skeptical about this program, since scrambling a car’s e-systems could potentially wipe out such important things as steering and braking.

I am not surprised that low speed, straight line testing has been successfully completed, but adding in the variables of high speed and unpredictable driving (by a suspect) are likely to make this system dangerous for real world pursuit applications.

ev2’s idea for this to be used in static vehicle checkpoints seems reasonable.  More so, the RF Safe-Stop has definite potential in maritime activities such as harbor protection, anti-piracy, and drug interdiction uses.  We will see where this technology leads…

This entry was posted in Technology. Bookmark the permalink.