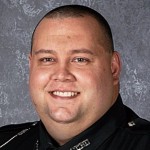 Polk County Sheriff’s Office Master Deputy Joseph “Shane” Robbins was killed in a single vehicle cruiser crash this morning. Dep. Robbins was westbound on Bomber Road nearing U.S. 17, when his marked car went off the roadway on a curve.  The cause has yet to be determined and PCSO is asking for information from anyone who may have witnessed the crash.

Dep. Robbins, 40, was a 15 year sworn deputy with Polk County.  He had served as a Special Victims Unit detective and a Homicide detective.  He is survived by his wife and their five children.  Funeral arrangements will be announced by PCSO.  Thoughts and prayers for his family…