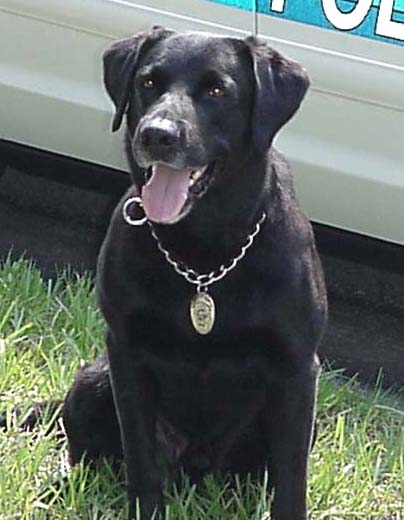 One of my old partners…

Yesterday, the U.S. Supreme Court overturned the Florida Supreme Court in the 2006 K9 narcotics detector case of Florida vs. Harris.  Siding with the trial court, the Supreme Court ruled that K9 training and testing documentation are sufficient trial evidence to support the probable cause of a drug dog’s alert.  The Florida High Court had ruled that the State must provide “an exhaustive set of records, including a log of the dog’s field performance, to establish the dog’s reliability.”

The Supremes disagreed and cited Illinois vs Gates 642 U.S. 213-239 (1983):  “Finely tuned standards such as proof beyond a reasonable doubt or by a preponderance of the evidence have no place in the [probable cause] decision.”  In the majority opinion, Justice Kagan wrote,  “To evaluate whether the State has met this practical and common sense standard, this Court has consistently looked to the totality of the circumstances and rejected rigid rules, bright-line tests, and mechanistic inquiries.”

In sum, “Because training records established (the dog’s) reliability in detecting drugs and Harris failed to undermine that showing, we agree with the trial court that the (the officer) had probable cause to search Harris’s truck.  We accordingly reverse the judgment of the Florida Supreme Court.”

The ruling in Florida vs. Harris was being watched very intently across the nation by K9 narcotics trainers and handlers as it could have greatly changed record keeping and perceived reliability of the dogs.  Field performance is very different from training.  An alert with no find on the street does not mean the narcotic odor is not present–though a defense attorney would argue that it is a “false alert.”   When implemented properly, the training environment is a controlled, reliable crucible in which to test and certify a K9 dog’s competence in finding narcotics.

Justice Kagan said,  “Law enforcement units have their own strong incentive to use effective training and certification programs, because only accurate drug-detection dogs enable officers to locate contraband without incurring unnecessary risks or wasting limited time and resources.”

I think there should be a collective sigh in the K9 community.