The Israel Weapons Industries (formerly Israel Military Industries), in collaboration with the Israel Defense Forces, has a seventy year history of producing arms for a country in constant conflict.  IWI is the maker of such iconic names as UZI, GALIL, and Desert Eagle.  IWI US, Inc. will be bringing upcoming brands for assembly and sale to United States soil.  The TAVOR SAR is one of their exciting new offerings.

IWI had TAVORs to shoot at SHOT Show 2013 Media Day.  Yeah, baby.  IWI US’s General Manager Brad Howard gave us a tour of the TAVOR platform then we were able to toe the firing line.  Howard had told us that the bullpup design leads to a rear-balanced feel to the rifle that gives stability in one handed shooting if the operator needs to use his support hand for other tasks (say, dragging a buddy out of harm’s way). 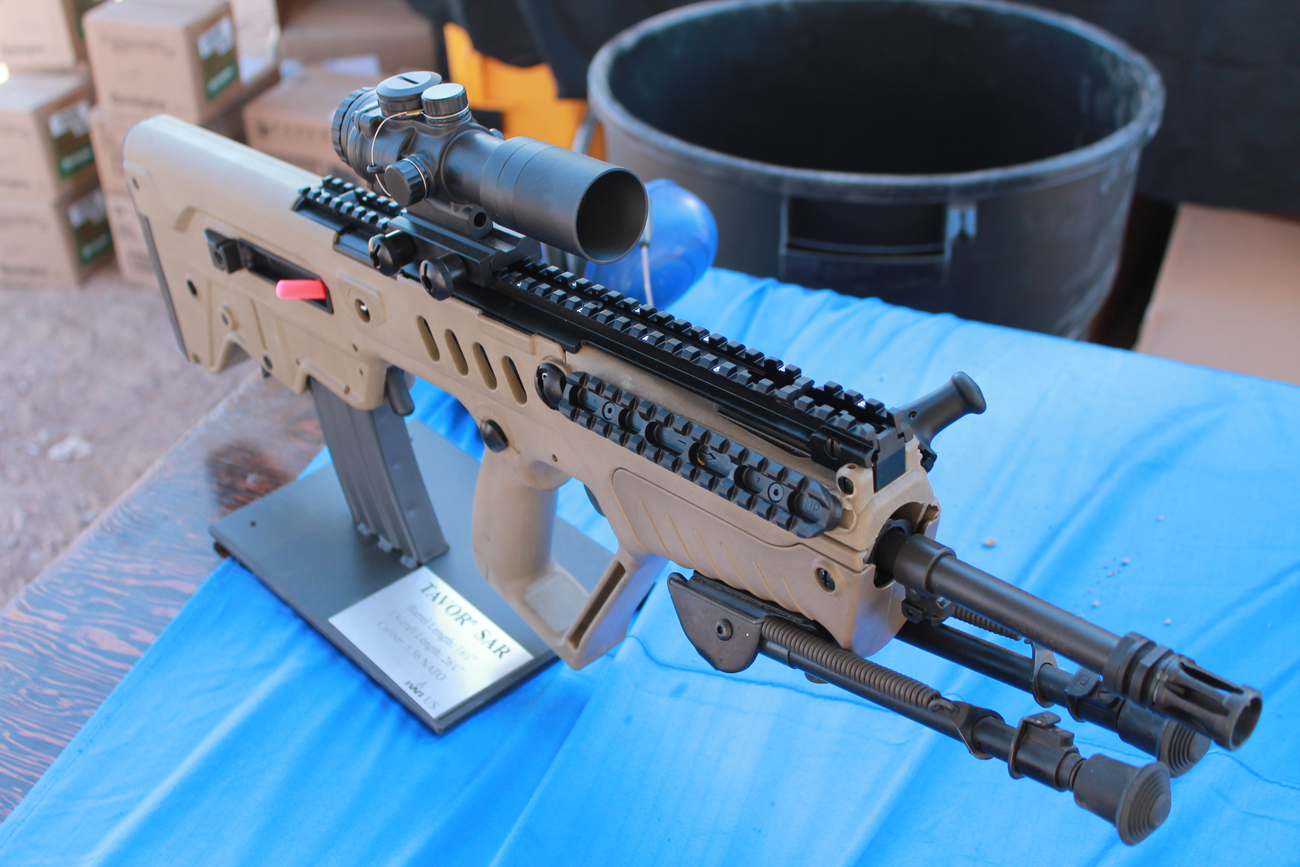 I felt the 7 lbs. gun tucked in well to the shoulder and was predominantly supported by my right arm.  It added a good base in a tactical stance.  We had no trouble hitting a small 4″ flipper at about 25 yards, despite the huge reticle on the Meprolight sight, which pretty much obscured the little steel disk.

Bullpup rifles can suffer from mushy, imprecise triggers because of the lengthy connections used to bridge the distance from the trigger back to the firing mechanism.  TAVOR did not seem to have this problem.  I thought the trigger felt sure with only a very slight bit of perceived “softness” in its rearward travel.

The TAVOR is ambidextrous and can be changed over with a left-handed bolt.  The thumb safety, non-reciprocating charging handle, and case ejection would move to the opposite side as well.

Tavor is from the Hebrew pronunciation for Mount Tabor, a spiritual monadnock (geology term…really) and ancient battle site in northern Israel.  The TAVOR components and other IWI US products will be sent to Harrisburg, Pennsylvania for final assembly and shipping. 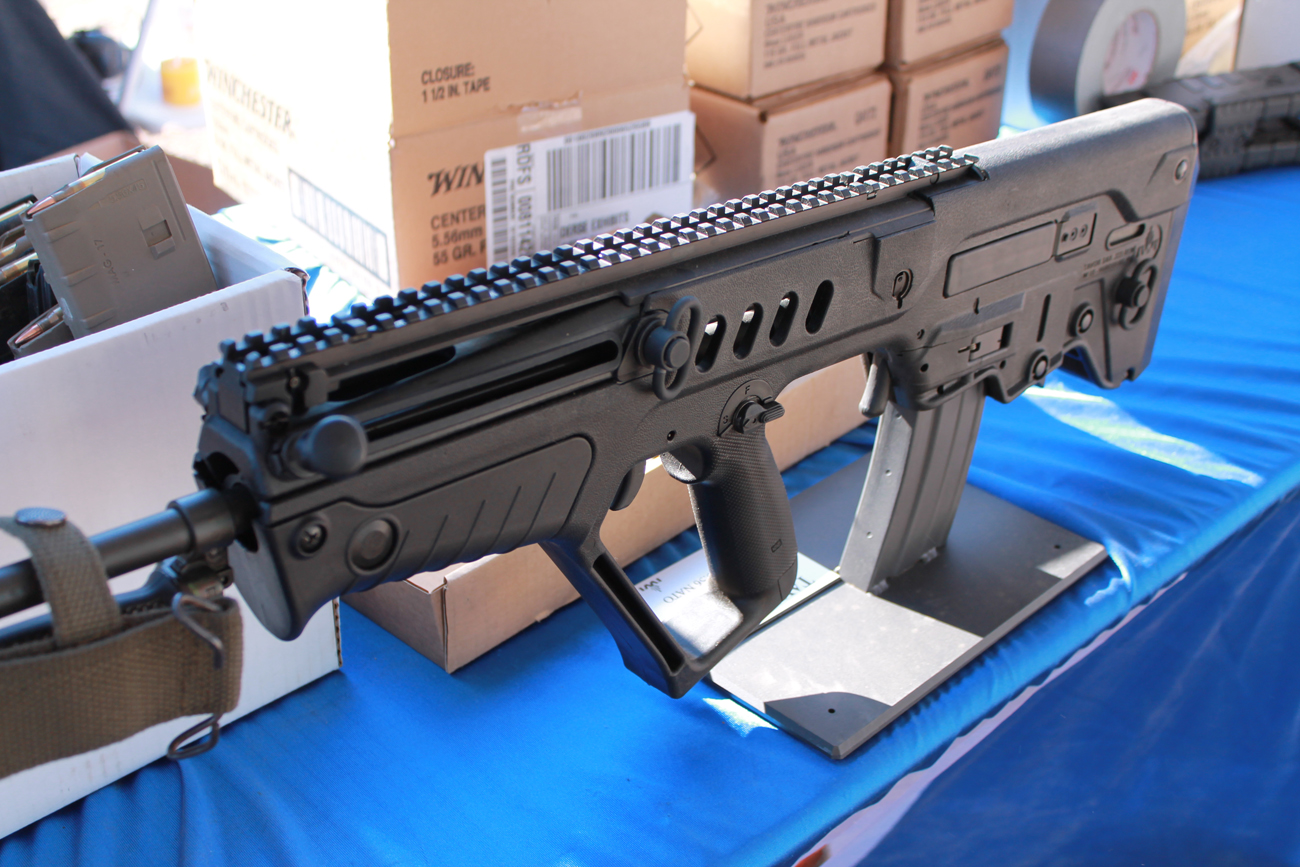 Mr. Howard said the TAVOR will be available in standard 5.56 NATO, with conversion kits for 9mm and 5.45 X 39mm in the near future.  He told us the TAVOR would be shipping in the first quarter of this year, possibly March.  MSRP for the TAVOR SAR is projected to be $1,999.00.

This was definitely one gun I wanted to handle and shoot this year and I was not disappointed.

One Response to Shooting an IWI TAVOR at SHOT Show 2013