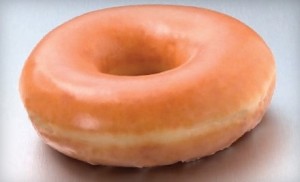 So I was walking by the squad room, when one of the guys stopped me and said, “Hey Sarge, I have this theory about donuts.”  Huh?  Concerned for his mental health, I decided I needed to know more about donuts.  I sat down and asked him to explain himself.  He said, “I have an idea that police work is like eating a donut.”  Oh geez, why’d it have to be a donut.

I invited him to continue.  He opined that, much like at the beginning of your employment, at first the donut is sweet and tasty and you want more.  But, he said, as your career progresses you reach a point where your job is like eating the hole in the center of the donut, seemingly empty and unsatisfying.  The officer continued that as you near the end of the donut it again tastes good because you know that it’s almost over and you want to savor it, like the end of your career.

Not the perfect analogy, he conceded, but one that encouraged the six year cop to put his head down and soldier on.  The officer was a rookie FTO, but a combat vet of sandier locales.  I have learned that he has an interesting perspective.

All things considered, I guess he is just getting into his donut, while I am on my last few bites.  I smiled and shook my head as I walked out.  Donuts.  Strange, though, I thought he really rather liked pie…

This entry was posted in FTO, Humor. Bookmark the permalink.