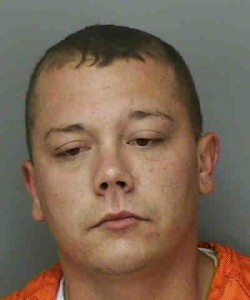 Patrick Townsend: Not so tight himself

The Lakeland Ledger reports that suspect Patrick Townsend was arrested by the Polk County Sheriff’s Office for possession of 32.4 grams of methamphetamine. The drugs were found in Townsend’s boxer shorts following a traffic stop. Townsend bragged to a detective, “Dude, that ain’t shit. I deal in keyes.”

The detective recorded Townsend’s incriminating statements on a portable recorder. While handcuffed, Townsend was able to surreptitiously steal the detective’s recorder from a lobby desk. He concealed it under his arm and asked to go to the bathroom…and the device went to its watery grave.

Back in the lobby, Townsend asked, “What are you looking for, (detective), your recorder?” After admitting to the inconvenient flush, Townsend told the detective, “Tighten up on your job, Homie.”

The detective complied and tightened up Townsend’s arrest history by adding Trafficking in Methamphetamine, Possession of Marijuana, and Tampering with Evidence.

J.D. “Buck” Savage would remind us to “Watch the hands!”