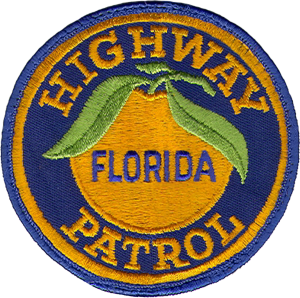 terrible series of crashes on I-75 in Alachua County in the Paynes Prairie Preserve area just south of Gainesville.  Smoke from a wildfire and early morning fog conspired to create deadly road conditions, which resulted in six vehicle crashes and 11 fatalities.

A 38-page report released by the Florida Department of Law Enforcement yesterday detailed a number of findings indicating the Florida Highway Patrol, and specifically FHP Lt. John Gourley, made decisions that morning which would ultimately impact the events on I-75.

Following the release of this report, mainstream media outlets immediately slanted the findings of the report to insinuate that the FHP made errors that caused the crashes, despite the FDLE conclusion that no member of the FHP acted with “criminal intent” and that “agency personnel acted in a manner which they believed was appropriate and in the best interest of restoring the safe and orderly flow of traffic to the roadways.”

District Lt. Gourley was off duty on Jan. 29 when he was notified of the closure of I-75.  He came in service and responded to assume command at the scene.  He personally observed road conditions on I-75 and U.S. 441, another affected roadway, for over an hour and a half.  He drove the eight mile Paynes Prairie I-75 stretch several times, each time noting various levels of visibility.

At 0326 hrs, Gourley felt that the conditions on I-75 were safe for motorists and he ordered the roadway to be opened.  He requested Florida Department of Transportation assets stay on scene.  He further requested Alachua County Sheriff’s Office assist FHP with monitoring I-75.  He recalled FHP Day Shift to report in at 0400 hrs to supplement the Midnight Shift watch.

Because of low visibility conditions and previous crashes on both I-75 and US 441 on Jan. 28 and 29, agencies involved in the situation included FHP, ACSO, Gainesville PD, Florida Forest Service, Florida Parks Service, Florida Office of Agricultural Law Enforcement, FDOT, and Alachua County Fire Rescue.

I-75 had originally been closed at 0021 hrs and remained closed in both directions until it was reopened at Lt. Gourley’s order at about 0326 hrs.  At about 0400 hrs, an FDOT worker noticed a wall of smoke/fog over the northbound I-75.  The series of fatal crashes occurred minutes later.

There was a constantly changing set of variables at work on Jan. 29 in Paynes Prairie.  One man had the duty and made a call based upon his experience and his direct observations.  That decision was questioned by a subordinate, who then denied some of his own statements and changed his account during the FDLE inquiry.

I disagree with the media implication that FHP was responsible for the crashes.  The driver of a motor vehicle is ultimately responsible for its safe travel.  The FHP is statutorily empowered:

There is no way the FHP can account for every road condition and adjust to ever changing weather and human limitations.  If that were the case, they’d close the all roads each time a rain shower came down.  More dangerous, right?

Lt. Gourley’s decision to reopen I-75 would be a non-issue and just another one of thousands of routine decisions made every day by Florida’s law enforcement officers if the unpredictable smoke had not drifted over the highway and drivers’ situational awareness not become overloaded.

The media apparently thinks it is easy to predict the outcome of a decision forged in a fire of complex factors, so I will gladly replace my cruiser’s Mobile Data System with their Crystal Ball.  Anybody know where I can requisition a console mount?